Well, this one oughtta keep CBT going for a few installments, eh? Doing something a bit different with this installment of Children's Book Theatre, because The 448-Page Superheroes Big Big Book is mostly a coloring book, but also has some games and some puzzles! The puzzle pages will be reserved for future Puzzle Sunday installments, but the rest is fair game for CBT! The coloring pages appear to be reprinted from previous coloring books, and some of the other material looks as though it was originally done for the comics!

Time for another trio or so of ads from the comics! First up is this Superhero Merchandise ad from the June, 1976 cover-dated Marvel books... and what a bunch of goodies we have! Let's start at the top... first there's that Spider-Man motorcycle, which I believe was an AHI item... then there's the web-shooter (that was basically a dart gun, but still cool)... and the Superman/Spider-Man tabloid! All cool stuff, right? Continuing clockwise, there's that Spidey bike horn, which is kind of silly... but next... "Never before offered"??? I may be wrong, but those sure look like Slurpee cups to me! I wonder if they figured they could get away with it because it was the first time they offered them? That price for a complete set of 17 sounds pretty good these days... I'm guessing there was some overstock from 7-Eleven that Superhero Merchandise picked up, eh? Of course, the coolest of all are the Marvel Megos offered here, marred only by the fact that the only villain Marvel Megos were the Green Goblin and the Lizard! But still... pretty cool anyway!

Movie of the Week: Tarantula! Trailer and all sorts of stuff after the jump!

Fandom Library: The Flintstones at the World's Fair! Something a bit different for this week's Fandom Library feature... this one-shot produced by Gold Key may have only been available at the 1965 World's Fair!

So, in 1968, after Kenner had been producing the Give-A-Show Projector for about eight years, Remco decided to try to horn in on the action... oddly enough, they chose to do it as a Doctor Dolittle movie tie-in, which may have been what ultimately killed the line.

The projector they came up with was called an Ugly Mugly Projector, designed to look rather like a rhinocerous with multiple colors. Aside from the appearance, however, mechanically (or should that be electronically?), it was identical to the Give-A-Show. You still had to put the strip in (comprised of seven slides per strip, mounted on cardboard).

Another oddity of Remco's set-up is that each set of strips was only 10 strips, as opposed to Kenner's 16 strips. So far, I only know of one additional set of strips produced after this, all based on television shows that I believe were airing on CBS at the time, and you'll see those in two weeks!

Oh, I should mention the other odd thing about this... Remco did a lot of licensed products in the late 1960s, but most of them were items that were things Remco had already been producing, but with a sticker on it for that character... so there were Star Trek items that resembled nothing on the TV series, for example! It's kind of odd that this would fit in more with Doctor Dolittle!


Next Week: The Beverly Hillbillies!

A couple more ultra-cool Japanese toy commercials after the jump! You know, it doesn't really matter to me if the toys themselves are cool in and of themselves... these commercials made them all awesome! 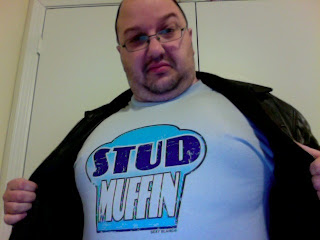 Here's one of those 1966 Batman toys I would love to have, but is prohibitively expensive! The Marx Batman Picture Pistol is kind of similar to Kenner's Give-A-Show Projector (a toy line I do collect, as you probably know) in that it's a battery-powered projector that lets you put pictures on any wall...

By the 10s: Black Diamond Western! Black Diamond Western is another of those many titles I know pretty much nothing about! All I can tell you is that Lev Gleason was the publisher, and the first eight issues were published as "Desperado." Above is issue #10, with the rest after the jump! Time to check out another Monster Magazine... after the jump!

One of the things I enjoyed most about visiting Japan when I was in the navy was watching Japanese toy commercials on TV... and let me tell you, the commercials there made US commercials look boring by comparison! You'll see what I mean after the jump.

Dog of the Geek: Mildew Wolf! Other Appearances: Spun off with “Motormouse and Autocat” in 1970-1971 season. Mildew Wolf later appeared as co-host with Snagglepuss on Laff-a-Lympics.

Biography: Mildew Wolf aspired to catch and eat a sure-footed little lamb named Lambsy, but always thwarted by the dog Bristle Hound. When Bristle caught Mildew, he'd pound him and toss him sailing into the air, while Mildew screams “Spoil Sport!” or something similar as he flies into the horizon. Lambsy never fails to recognize Mildew.

Powers: Despite the apparent injuries he must suffer from his bashing by Bristle, Mildew always recovers to try again.

Miscellaneous: Mildew Wolf was voiced (uncredited) by Paul Lynde. 22 episodes were created. When Mildew Wolf re-appeared on Laff-A-Lympics, he was voiced by John Stephenson.

Time for another parade of monster collectibles, and this week's edition begins with The Land Unknown! Next, a still from the same movie... very obvious that it's two different photos put together, isn't it? More after the jump! And we're up to the first Children's Book Theatre installment for 2011, and this time the featured item is this Superman Giant Games Book published in the UK! Now, when you see a book is referred to as "Giant," there's two interpretations possible: The first is that the book has large pages; the second is that the book has a lot of pages. In this case, it's the former, so I'll be able to present this as "done-in-one," if you will!

This time around, we're looking at some DC house ads from the November, 1974 cover-dated comics! Ah, the days of DC's 100-Page Super-Spectaculars... although they weren't using that term around this time, were they? The original Super-Specs were 100 pages (including covers, as I recall) and full of reprints for only 50 cents (what a deal, eh?). By this stage, the 100-pagers were being incorporated into the individual titles, with an all-new story in the front of the book, with the rest of the book being reprints. The original Super-Specs had very cool covers... these? Not quite so much.