This time around, we start with another DC house ad from the January 1980 cover-dated books! Oddly enough, this is a Halloween-themed ad... and why is that odd? Well, because as I'm writing this entry, for you it's January 2011, but for me, it's October 2010 (remember, I like to work ahead of the game)! The mystery titles (Secrets of Haunted House, House of Mystery, Weird War Tales, and Ghosts) would normally be the features of this ad... but instead, the main focus is on Super Friends, which had a Halloween-themed tale! This also shows that while the books were cover-dated January, they were really out in October (or was it September?).

It's hard to read the issue numbers on this ad, so I'll just tell you that that ad features Secrets of Haunted House #20, House of Mystery #276 (can't really see the cover image in this ad, but that would be the January 1980 cover-dated issue), Weird War Tales #83 (same deal there), Ghosts #83 (again, extrapolating), and Super Friends #28!

Movie of the Week: Taste the Blood of Dracula! Mexican lobby cards above, trailer and more after the jump! 
Next week: The Wild, Wild West! 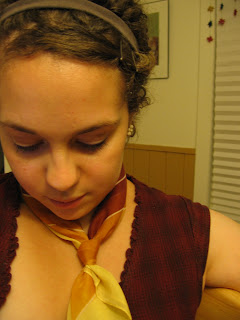 This installment of “The Way of the Geek” is notable for three – count them, three! – reasons. First of all, this is the first female respondent to the interviews; secondly, Jacque is probably the youngest interviewee to date; and third, she is the only person interviewed for this so far who actually has comic book history in her genes! Yes, for those who might have been wondering, Jacque's grandfather is Martin Nodell, creator of the original Green Lantern! How's that for geek cred? Jacque also writes the blog Sequential Crush, which focuses on romance comics.

Jacque Nodell was born in 1984 in Evanston, Illinois, but primarily grew up in Wisconsin. She's the third of seven siblings, and said she has “all the symptoms of a middle child.” Jacque has been with her boyfriend Justin Bleep (artist on Super Human Resources, Brick City Bunch, and currently a graphic designer with the LEGO Group in Denmark) for five years, and they have a dog named Sgt. Furry (I love that name!). Jacque is formally trained in the museum field, but recently resigned from her position as a curator at a state historic site in Indiana. She is currently living in Michigan with family while she prepares to join Justin in Denmark. She is utilizing this time away from the museum world to continue working on Sequential Crush and to finish writing her book on monster comics.

Jacque feels that being a geek is “merely being incredibly passionate about something and incorporating that passion within one’s identity and daily life. For me, that passion has primarily manifested itself as a love of comic books. I am particularly fond of comic books from the late 1950s through mid 1970s, and I tend to be drawn to non-superhero genres, including romance comics and monster comics à la Jack Kirby.” Good taste, if you ask me. Boy Comics was another Lev Gleason production, which took over Captain Battle Comics with issue #3! That's issue 10 above, natch! We'll probably be looking at a mixed bag of stuff this time around... first up is this poster for "Battle of the Amazons"! Now, I'd never even heard of this one until I came upon the auction for this poster... and I have no idea if any of you have ever seen it, either... but I did just check out the trailer for it on YouTube, and yes, it is completely an exploitation film, looks incredibly cheesy! If you were expecting a 1970s-era version of Xena, Warrior Princess... well, that's probably as close as that decade got! More after the jump! One of these days, someone will get the rights to produce a wonderful book that reprints, in its entirety, The Monster Times... and a grateful geek nation will cheer!

And now, the conclusion of "Luthor's Lost Land"! Time for another set of awesome Japanese toy commercials, after the jump!

Dog of the Geek: Muttley! Breed: Mutt (referred to once as a bloodhound, pointer and hunting dog)

Other Appearances: Dastardly and Muttley in The Flying Machines, Yogi's Treasure Hunt, Wake Rattle and Roll, and cameo appearances in Yo Yogi!, Duck Dodgers, and Dynomutt.

Biography: Muttley first appeared as the sidekick to nasty villain Dick Dastardly, and together they raced The Mean Machine in the Wacky Races. Later, Muttley and Dick Dastardly were joined by other medals of the Vulture Squadron trying to stop “Yankee Doodle Pigeon” in a World War I setting.

Powers: Muttley could not speak, but did have a distinctive snicker and a mushy grumble (which sounded something like “Rassafrassin' rastardly!”). In Dastardly and Muttley in Their Flying Machines, Muttley had the ability to fly for a brief period by spinning his tail like a propeller.

Miscellaneous: Sometimes confused with Mumbly, who looked and sounded similar. Predecessors of Muttley included “Mugger” from Hey There, It's Yogi Bear, and Precious Pupp. As a member of Vulture Squadron, Muttley was particularly fond of his medals. This edition starts out with a bunch of War Comics art... here's the cover for War Battles #9, by Lee Elias!

Looks like a real mixed bag this time around! First up, here's a lobby card for "Not of This Earth"! More Monster goodies after the jump!

Remember the days when you could order tabloid comics direct from the publishers? This ad for a Limited Collector's Edition reprinting four Ra's Al Ghul stories was one of them! This ad appeared in the July 1977 cover-dated DC books, so it was probably out in April or maybe early May. This was issue C-51, cover-dated August, so maybe that ad had appeared even earlier than I thought! The reprinted stories were "Daughter of the Demon" from Batman #232, "Bruce Wayne -- Rest in Peace!" from Batman #242, "The Lazarus Pit!" from Batman #243, and "The Demon Lives Again!" from Batman #244. A cover gallery was also included with the original covers.

By the 10s: Cody of the Pony Express/Outlaws of the West! Above is issue #10 of Cody of the Pony Express! Charlton had taken over that title from Fox with issue #8, and this issue was the last one before it transformed into... Next, we have the original Blue Beetle in “The Mummy Who Never Died,” with art credited to “Otis.” I find the title of this story rather interesting, because the earliest of the Charlton Blue Beetle issues I've read featured the origin of their version of the Dan Garret Blue Beetle, which was titled “The Giant Mummy Who Was Not Dead!” or something like that.