As longtime readers of this blog know, my white boxer was named Krypto, after Superman's dog. Krypto passed away some time ago, but I still continue to collect Krypto items. I thought since I was bringing back RAOG, why not have the first Character Collectible Spotlight be on my Krypto collection, with a few other Krypto items I'm still looking for thrown in to boot? 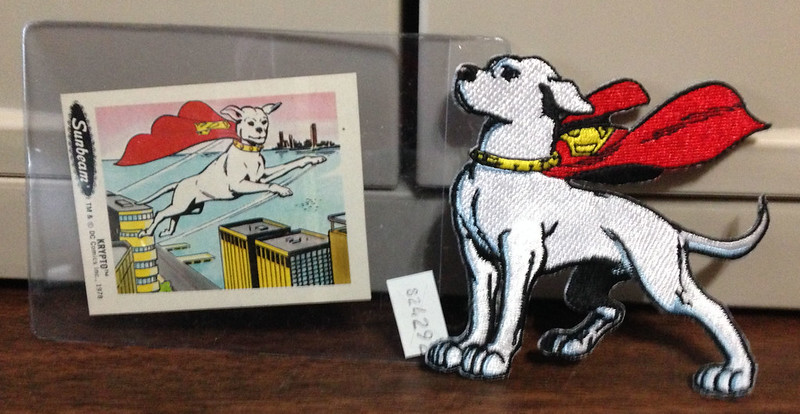 The first two items you see here are (on the left) a Krypto trading card, part of a DC trading card line available from Sunbeam Bread. This is the only card in the series I have. On the right is a more recently produced product, an iron-on patch. This patch was purchased from a seller who was donating part of his proceeds to the Humane Society! 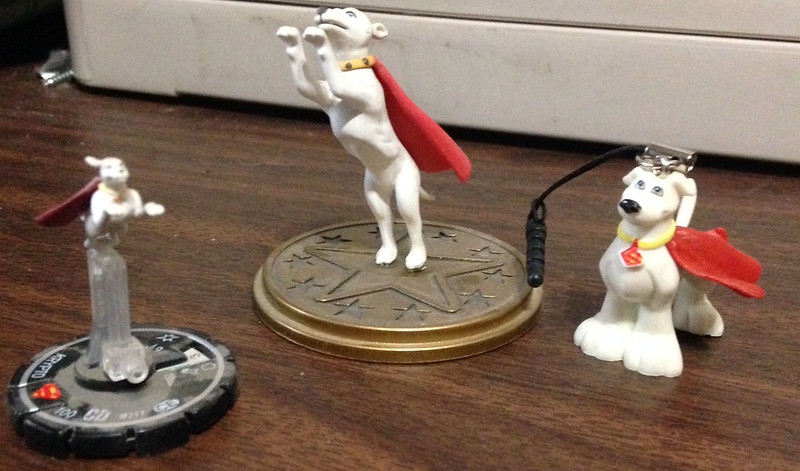 Next, a three-fer... on the left is the Krypto HeroClix, probably the second Krypto item I got for my collection. In the middle is the Krypto PVC figure from DC Direct's Smallville set. Next to that is a DC Super Friends phone dangler -- you're supposed to plug the end of that string into the headphone jack of your cell phone. 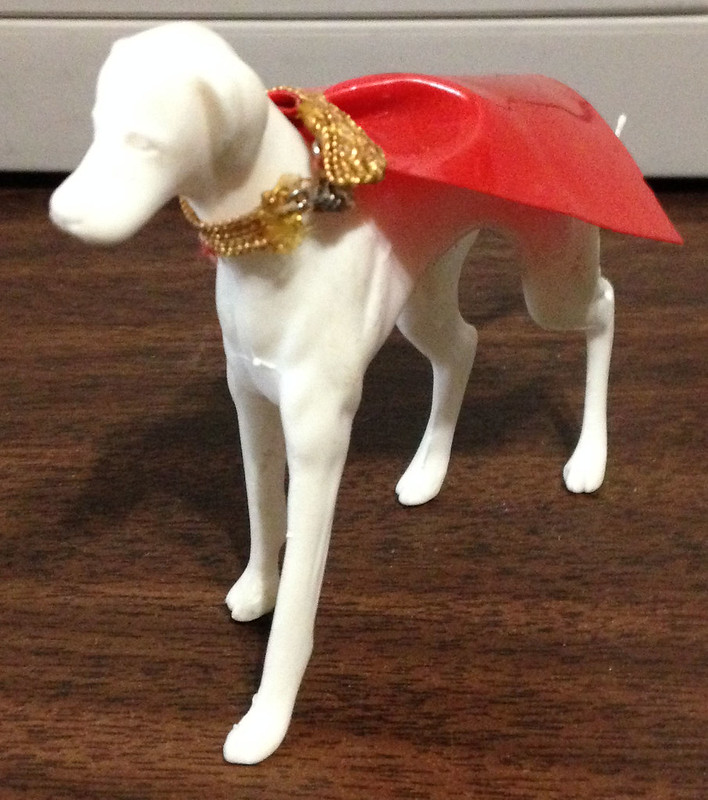 Here's one of the Krypto figures included with Ideal's Captain Action costumes for Superman and Superboy, as well as included with their Supergirl Super Queens figure! 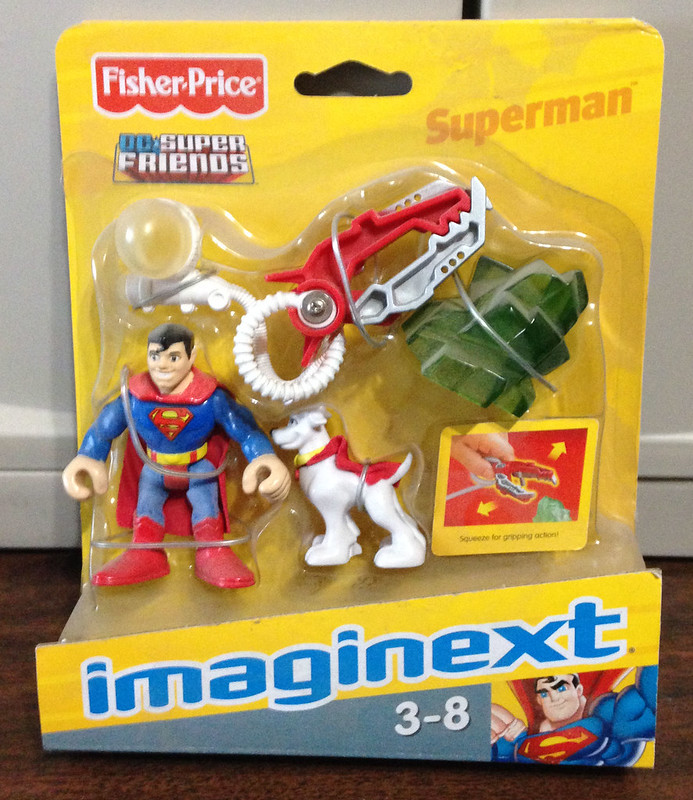 Next, here's the Superman and Krypto set from the DC Super Friends line!

The original Aurora Superboy model has been out of my price range, but I'm happy to have this Moebius reissue in my collection! 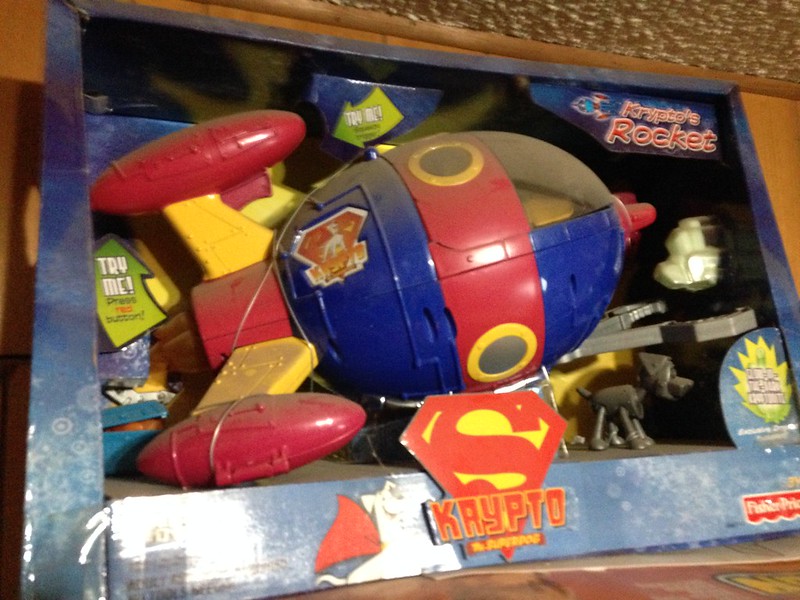 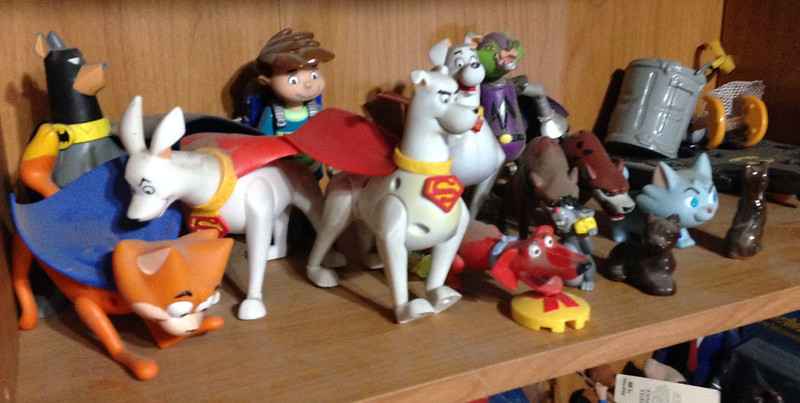 These Krypto the Superdog animated series toys were mostly purchased when they went on clearance at Toys R Us. 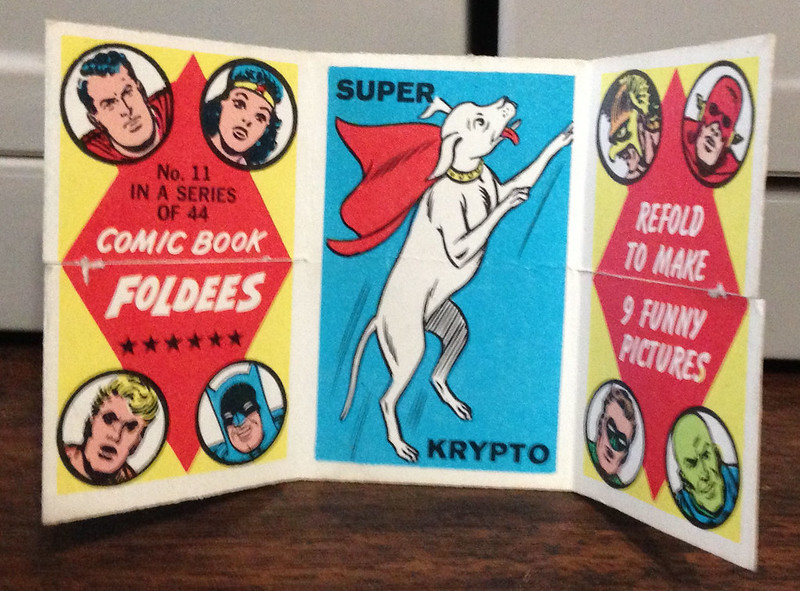 Krypto Comic Book Foldee! Like with the Sunbeam card, this is the only one I have of these.

Now, as nice as these items are, there's still a few things I'm missing from my Krypto the Superdog collection: 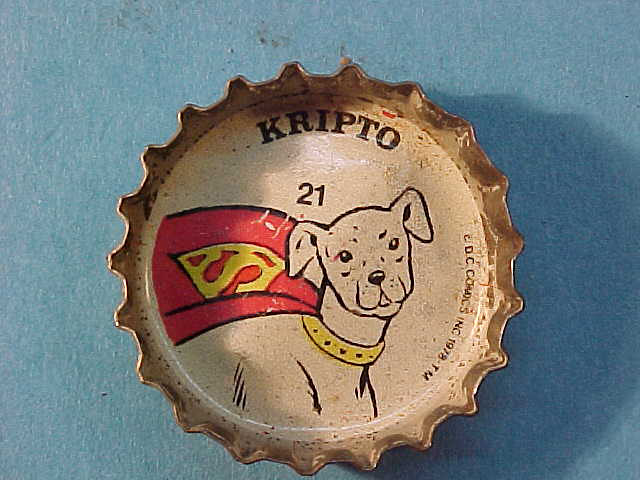 This bottle cap was part of a seres done in Argentina, I believe, of all sorts of DC Characters!

This Superboy game is one of the few Superboy items that features Krypto! 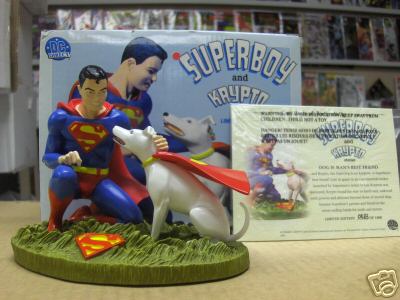 This Superboy and Krypto statute has been out of my price range for a while now. 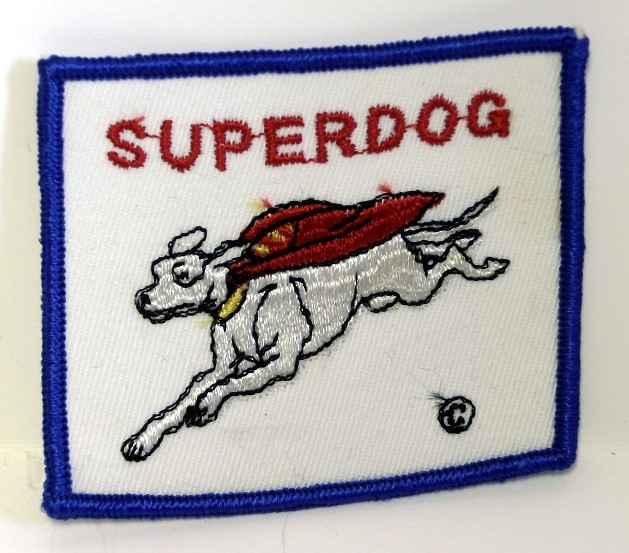 And finally, this Superdog patch was what I was looking for when I found the patch shown previously!
Posted by Jon K at 12:01 AM