By the 10's: Adventures Into the Unknown!

OK, time for American Comics Group to get a title in the By the 10's! And by the way, yes, I know Halloween's drawing near, and if your favorite horror title doesn't get covered this month... well, there's always next year, right?

There's just something appealing, as hokey as they are, about ACG's thriller titles... perhaps it's the sheer spectacle of imitation or combination of things into new menaces... or maybe it's a case of "so bad it's good"... who knows? 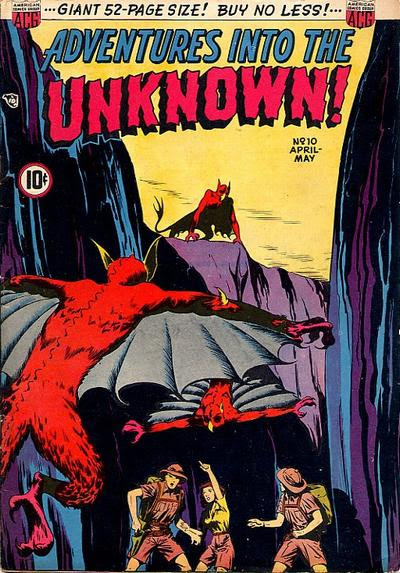 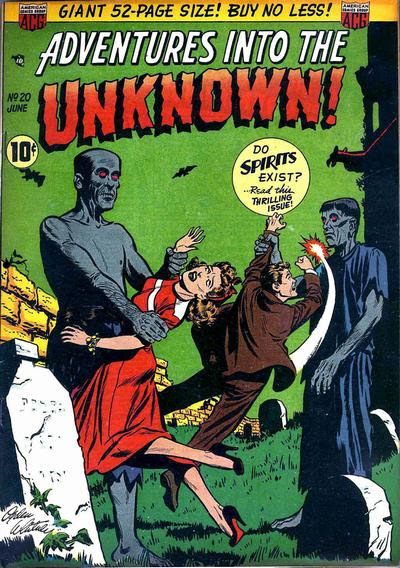 Issue 20 - That's some big Zombies there! 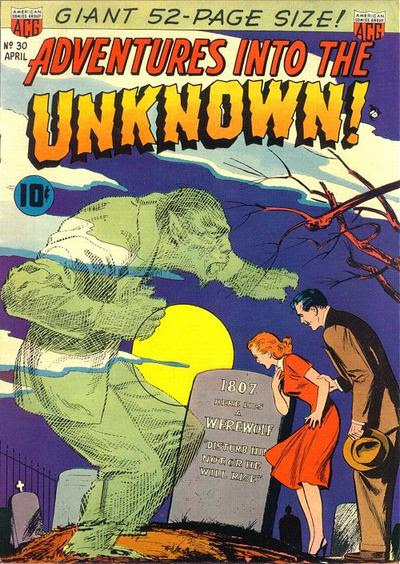 Issue 30 - Here's an example of combining two things together... combine a werewolf with a ghost, and get a werewolf's ghost! This long before the Scooby-Doo gang would encounter the ghost of all kinds of monsters! 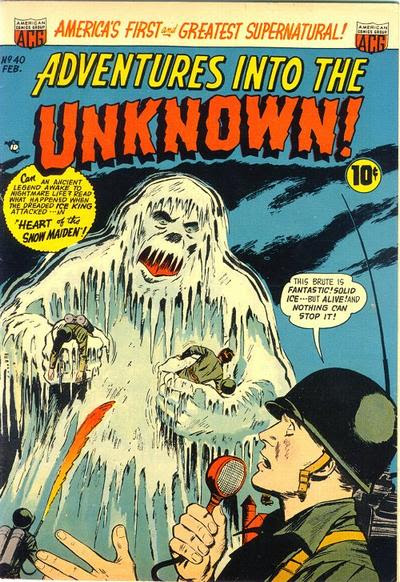 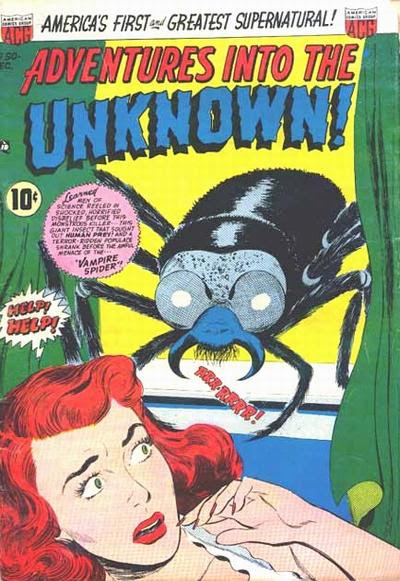 Issue 50 - Another combination threat with a Vampire Spider! 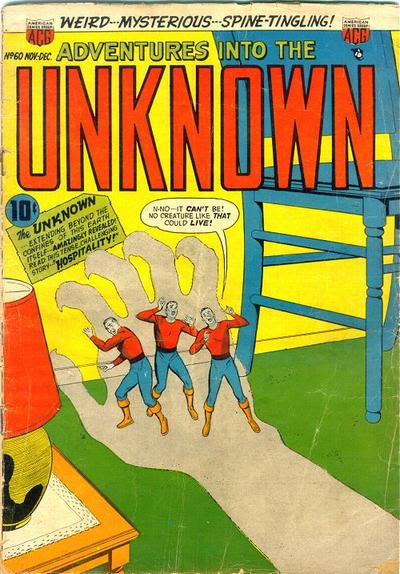 Issue 60 - No, these guys wearing stuff they bought at Jay Garrick's garage sale aren't worried about being shrunken... it's the menace that can't exist that bothers them! 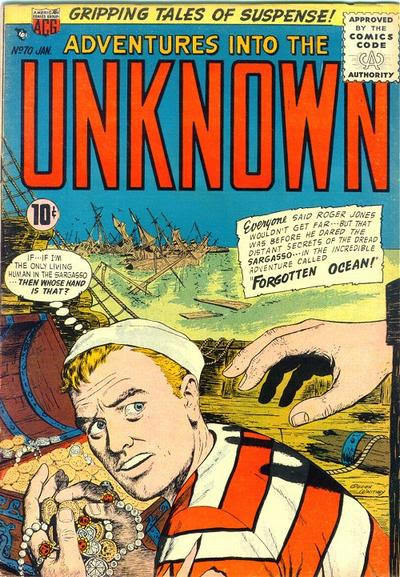 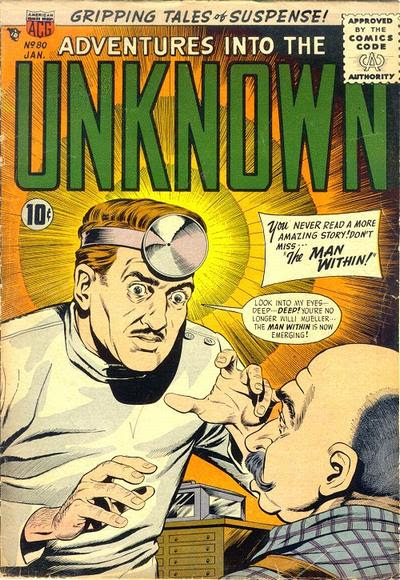 Issue 80 - Cover-featuring a tale that had to at least be inspired by "I Was a Teenage Werewolf"! 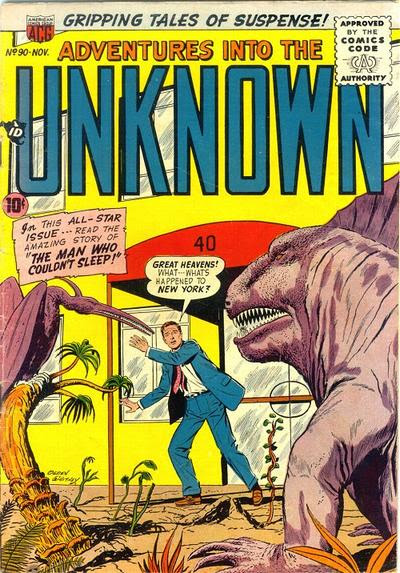 Issue 90 - Now, if this guy read comic books, he'd have been able to figure out immediately what's happened to New York, wouldn't he? 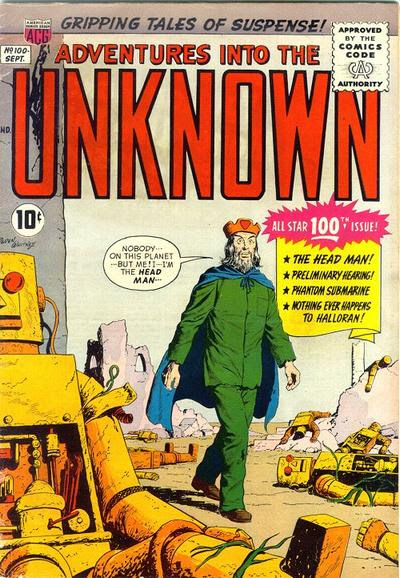 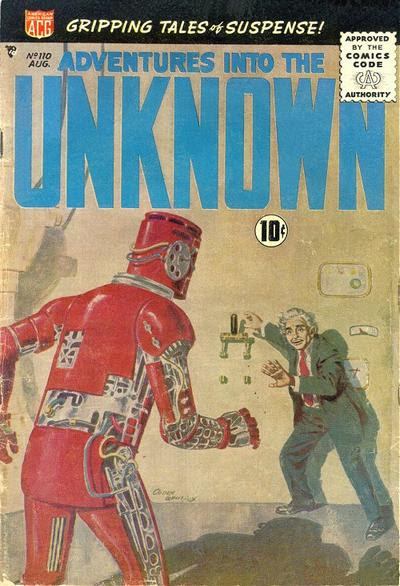 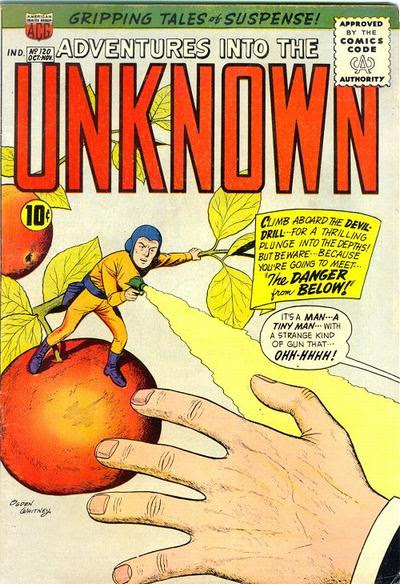 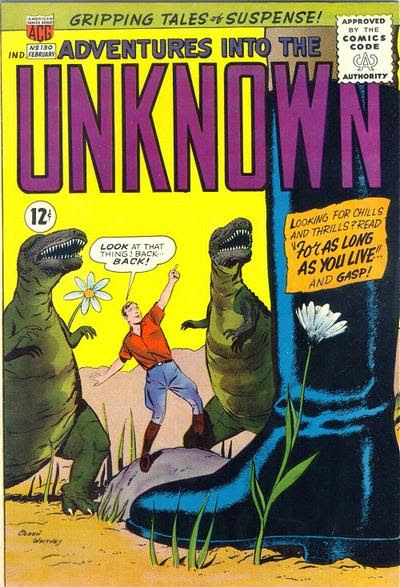 Issue 130 - Now that's what I'm talking about! Dinosaurs, plus a giant human! 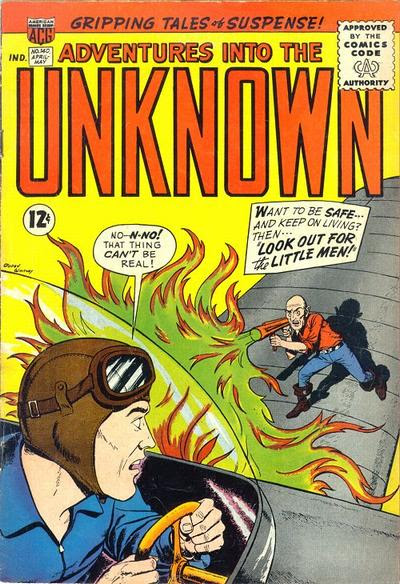 Issue 140 - The little man on the cover of 120 must've sold some issues, because here's another one! 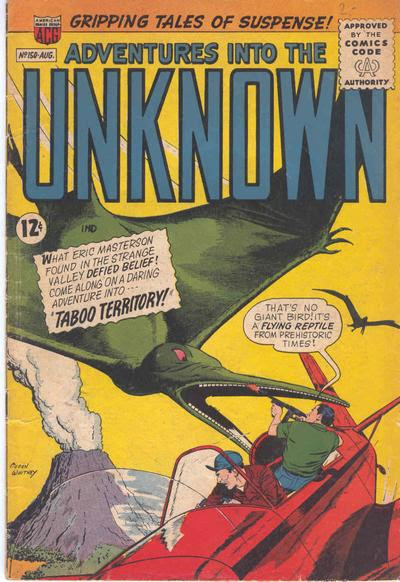 Issue 150 - See, Jonny Quest wasn't the only adventurer to meet up with pterodactyls (or is that a pteranodon?)! 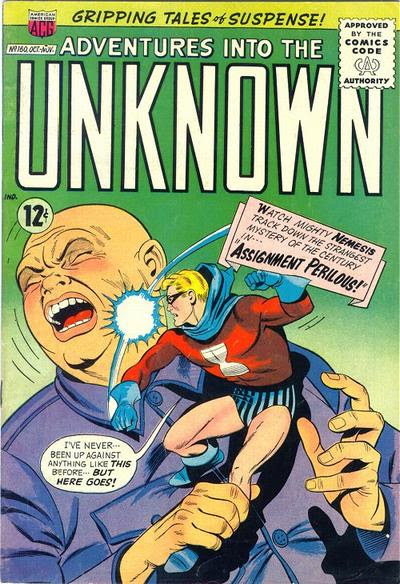 Issue 160 - At this point, the super-hero Nemesis had taken over the cover spot, but he didn't last long! 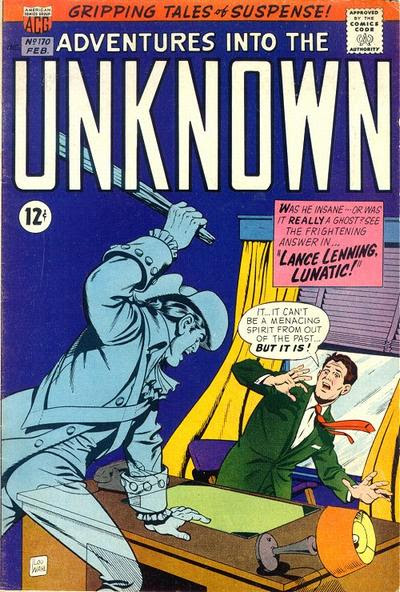 Issue 170 - See? I told you Nemesis didn't last long! Then again, the book itself only lasted four more issues after this one!