Oh, let's just dive into this installment without any further preface, shall we? 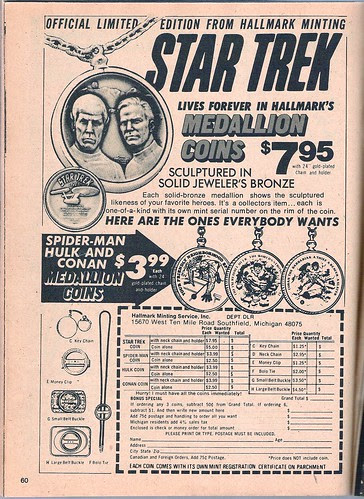 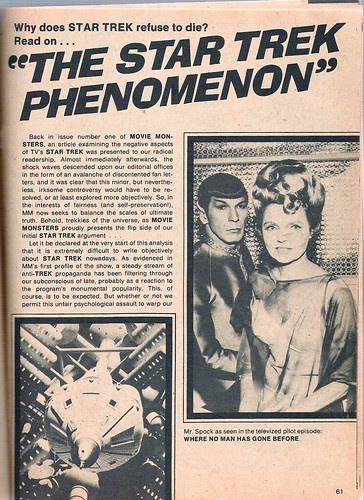 Now, to start off with, that ad on page 60 was a huge surprise to me... of course, I've seen the ads in the color comics for the Spider-Man, Hulk and Conan medallions, but I'd never seen any ads for Star Trek medallion coins (although they've been turning up fairly often on eBay lately)!

Page 61 starts out the article on the Star Trek Phenomenon. Apparently, back in issue 1 of Movie Monsters, they ran an article that pretty much slammed Star Trek (for some reason, monster mags seem to have had a tendency to slam Star Trek -- Monster Times being a major exception, naturally). 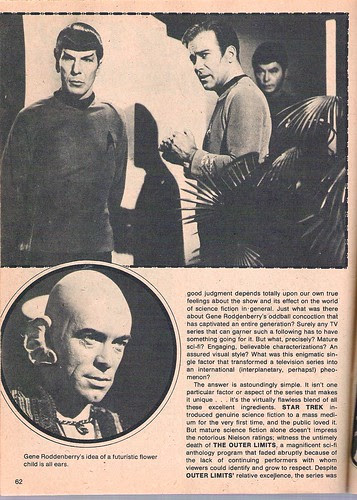 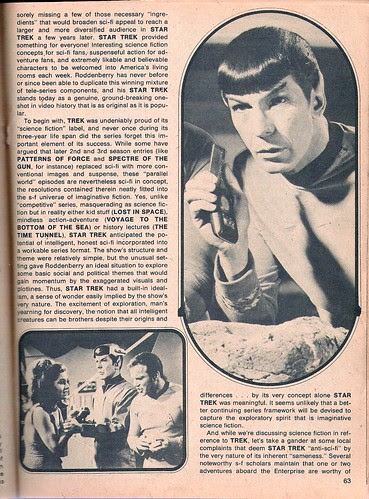 They certainly seemed to be backpedaling this time around, offering all kinds of praise for Star Trek this time around, although none of the praise seems to be original at all -- it's all stuff that I've read dozens of times before. 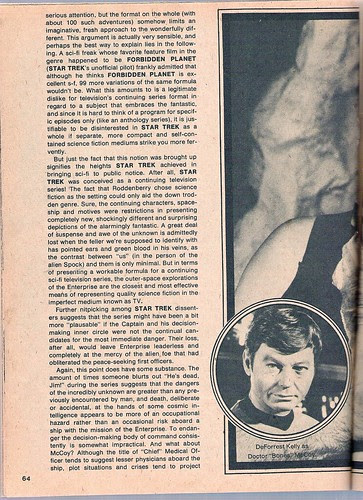 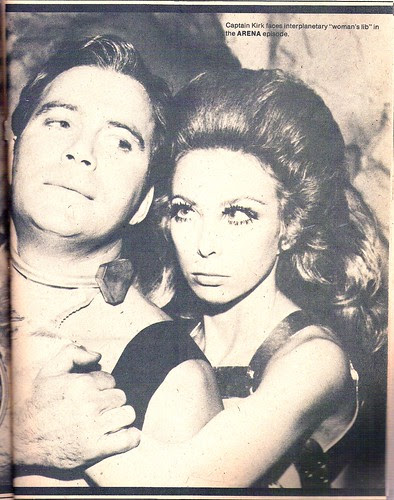 I will admit, however, that some points are raised that were dealt with in Star Trek: The Next Generation -- primarily about the Captain of a starship shouldn't have been risking his life that often. 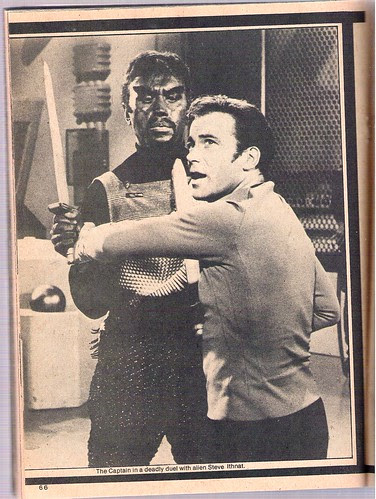 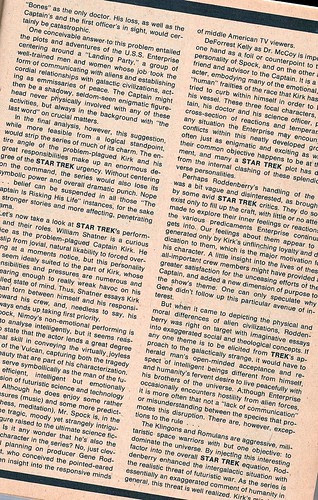 I have no idea what happened with the scan of page 67 there... I'll have to fix that sometime! Anyway, at this point in the article, the main cast members and their performances are discussed... and the Star Trek universe itself gets looked at briefly, too. 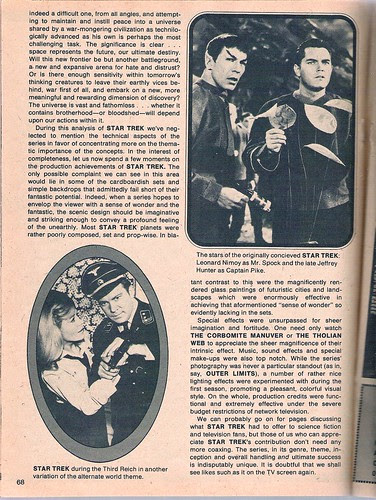 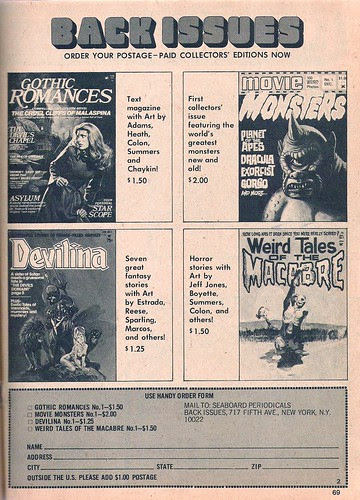 The article winds up on page 68 by pretty much saying that Star Trek was truly great and unique... to which I have to say, "Duh!"

Page 69 features back issue offerings for some of the Atlas black-and-white magazines, most of which I've never seen at all... ever!

Anyway... next time around, we'll have the Lost Worlds Scrapbook, another ads page, the fanzine-within-a-magazine "Creaturerealm"... heck, I may just post the entire rest of the magazine!