Let's see what was news when this issue came out, with articles starting on page 42! 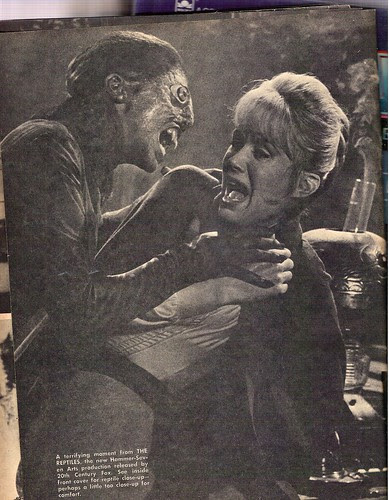 Scene from The Reptiles! 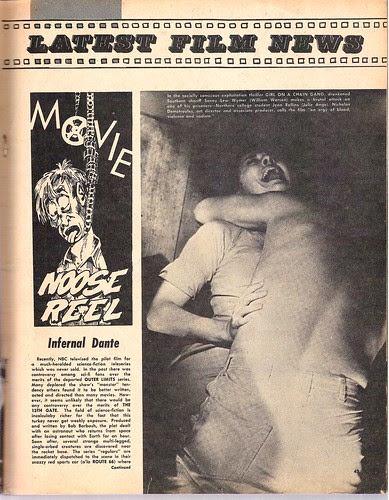 Photo above is from "Girl on a Chain Gang." This first page of the article mentions a pilot film NBC aired called "The 13th Gate," which I haven't heard of before... it was a sci-fi plot about multi-legged, one-eyed creatures near a rocket base on Earth. 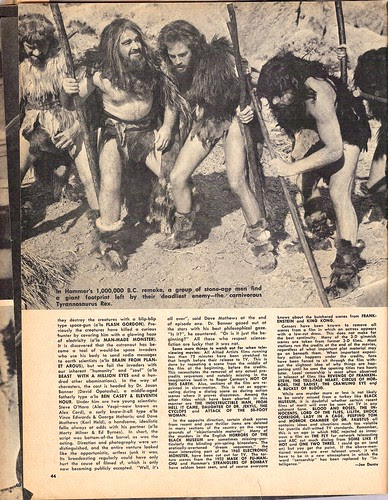 Photo from Hammer's 1,000,000 BC... Notes that all Allied ARtists films running less than 75 minutes had been stretched to that length for TV, done by repeating a scene from the film at the beginning, before the credits, also sections are redone in slow motion.

On the other hand, some scenes too shocking fro some films have been cut out for tv (Haven't heard of the ones mentioned, although they do mention the "butchered scenes from Frankenstein and King Kong," although that was prior to TV screening). There's also mention of censoring images of actresses wearing low-cut dresses! 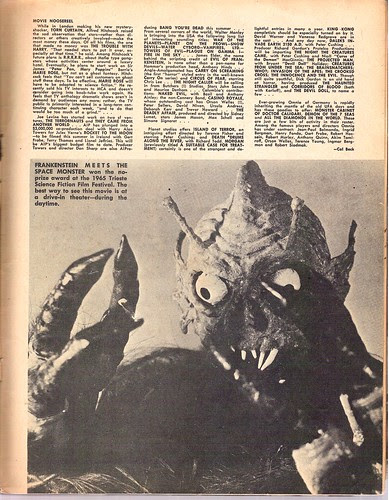 Photo on the bottom half of the page from Frankenstein Meets the Space Monster. Movies of most interest talked about on this page include Casino Royale, Island of Terror, the Dr. Who movie (then called "Daleks Invade Earth 2150 A.D." but retitled "Dr. Who and the Daleks" prior to release), and other stuff, too! 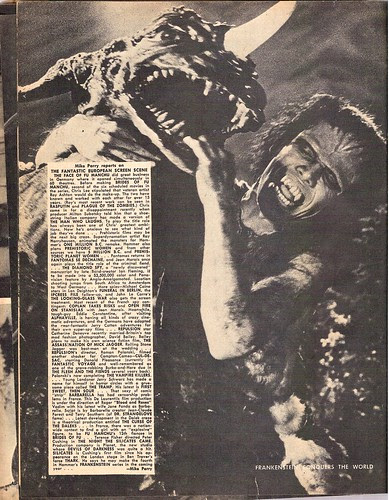 This photo, of course, from Frankenstein Meets the Space Monster! This page mostly talks about Hammer stuf... but also mentioned is censorship problems in France for Barbarella!