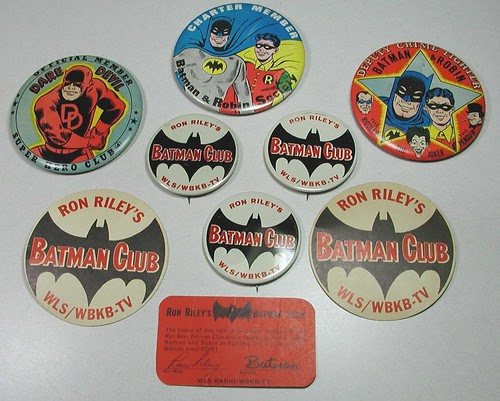 Check out all those Batman pins and buttons... one wonders why the seller included the Daredevil one!

You'll never get lost with this Batman Wrist Compass... well, unless it's not pointing to North, or you have no ideal how to use a compass... 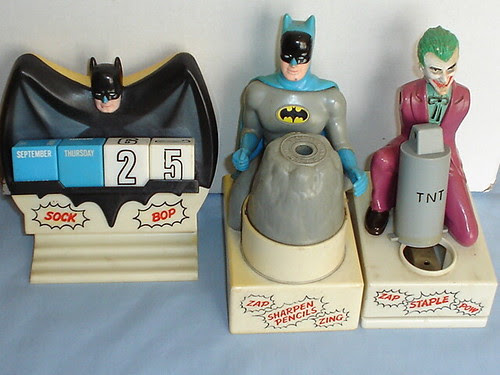 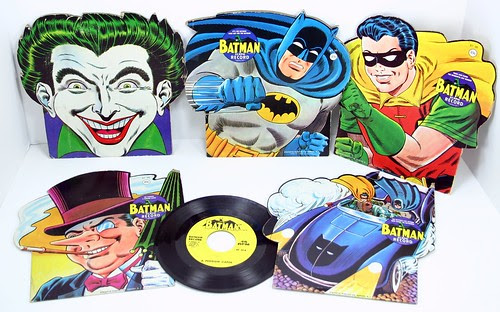 Check out these cool Batman records with die-cut sleeves! All of these records were also included in a Batman album... 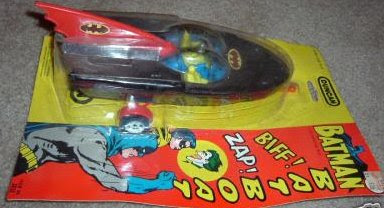 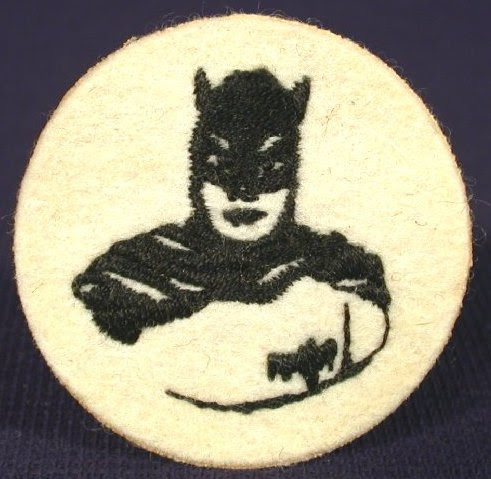 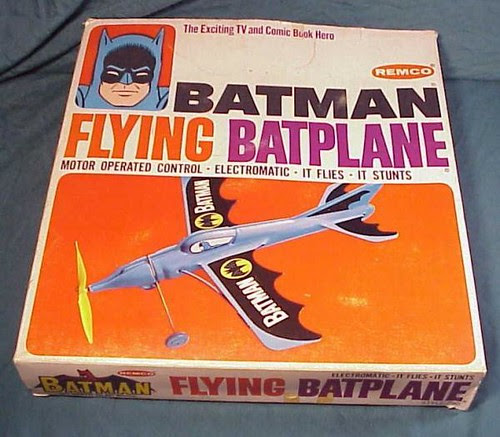 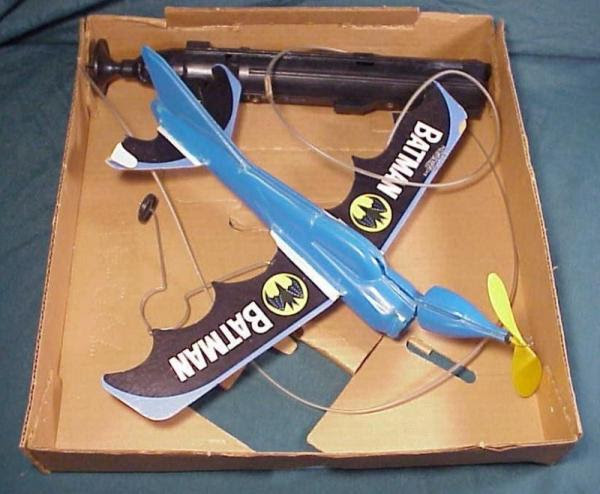 Batman Flying Batplane by Remco! Now, here's a huge coincidence... the day I'm writing this post (September 13, if you must know), I found one of these listed on eBay, and saved the photo, because I didn't remember having it saved before! And now, here it is! 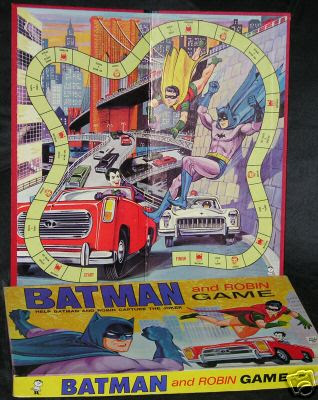 Batman Board Game by Hasbro, 1967! I've always wondered why it appears Robin is flying on the box art. 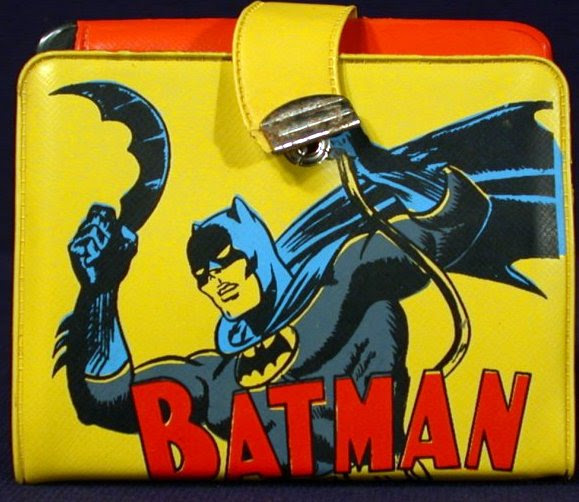 Batman Girls' Wallet, based on the box art for the Aurora model kit!

Batman drinking glasses! I wish I had larger photos of all of these to show you. 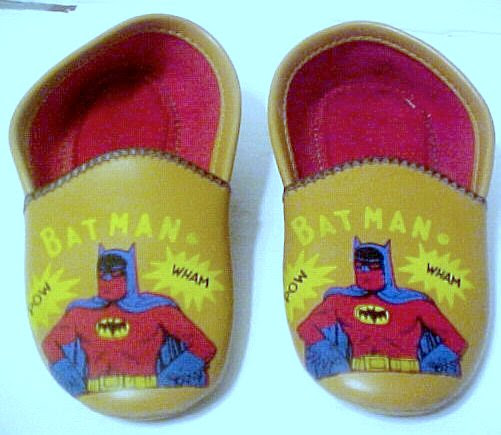 Different Batman house-slippers, that don't make it appear like Batman's got red skin and goes shirtless in costume! 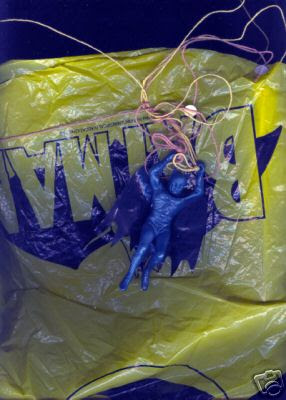 Ideal Toys Batman paratrooper! Perhaps more valuable than the AHI one, but not quite as cool-looking! 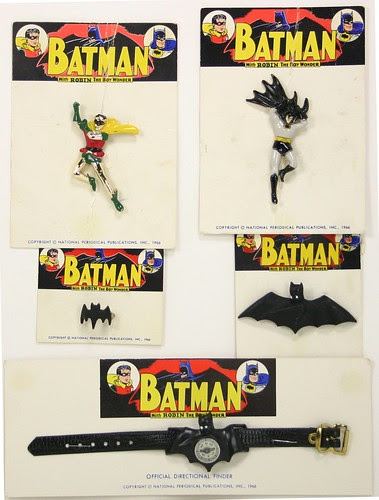 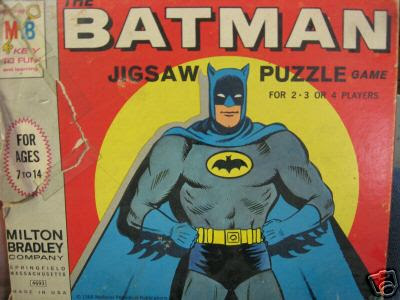