Gene Autry was arguably the most famous of the movie cowboys, with the exception of John Wayne (Roy Rogers might be another candidate for the second-place title), so it's no surprise he had his own comic book! 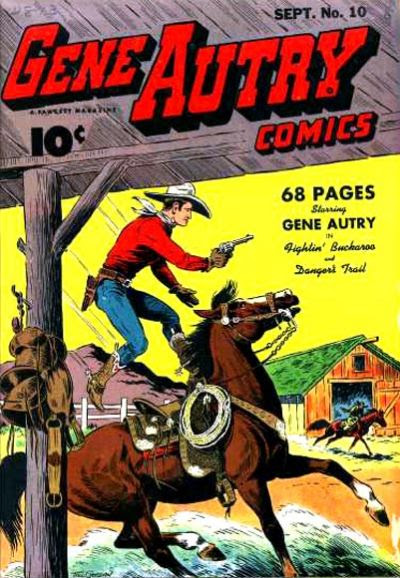 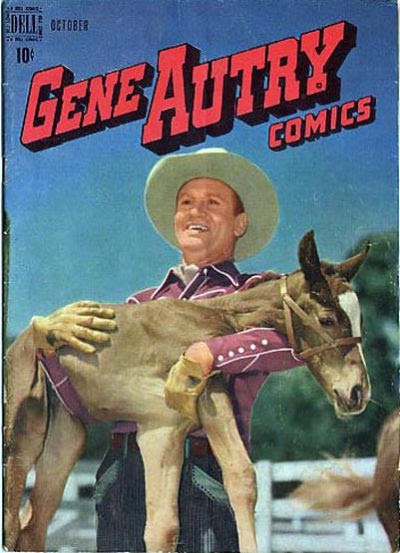 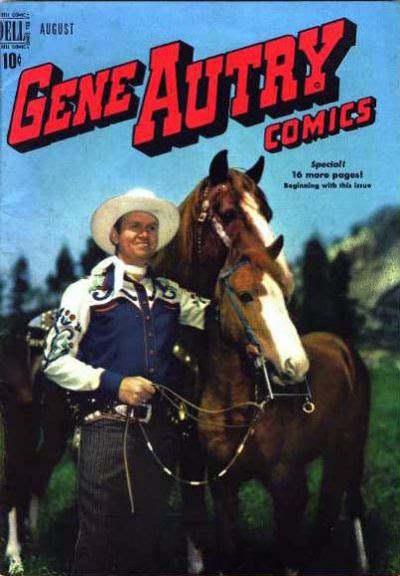 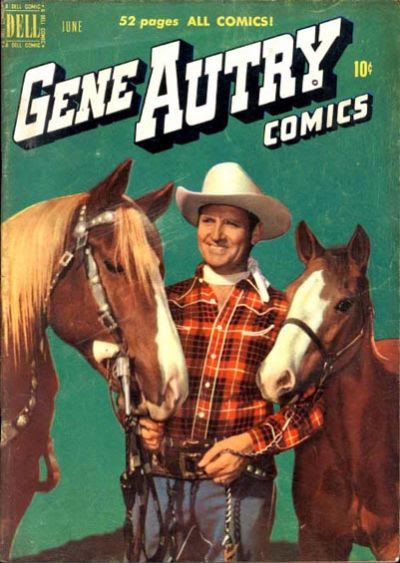 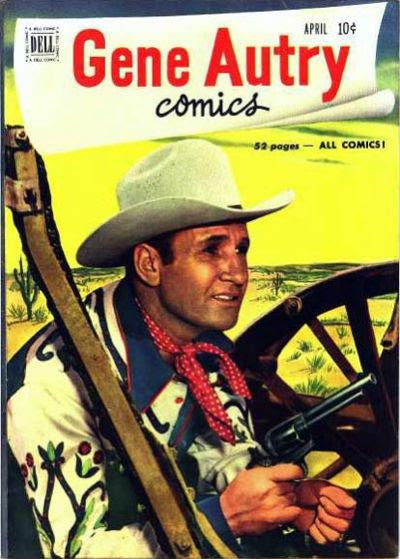 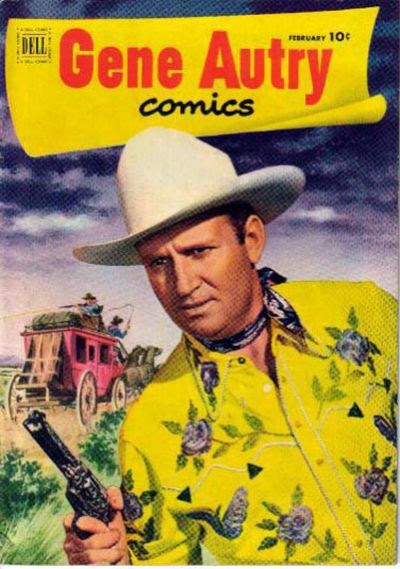 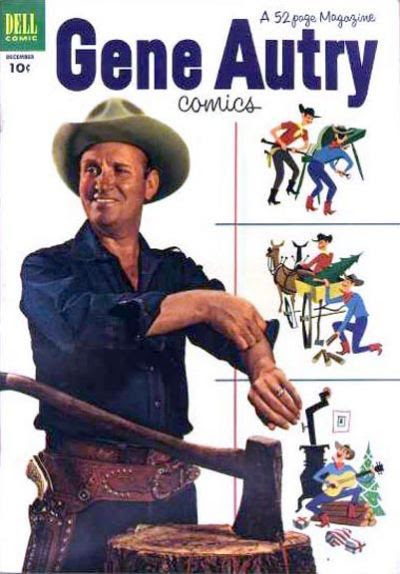 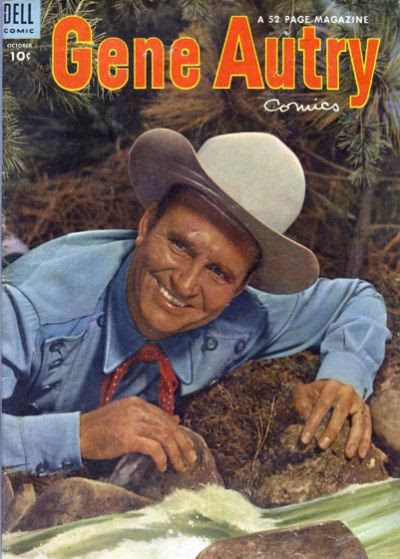 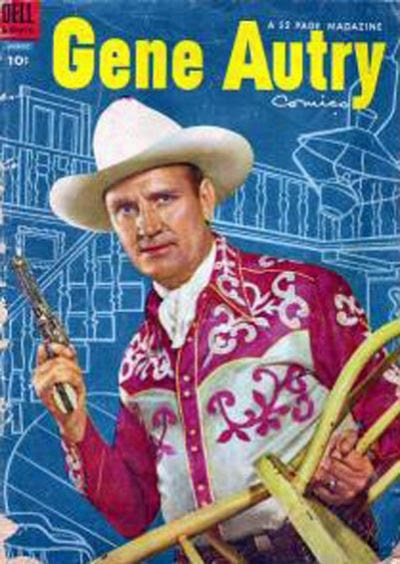 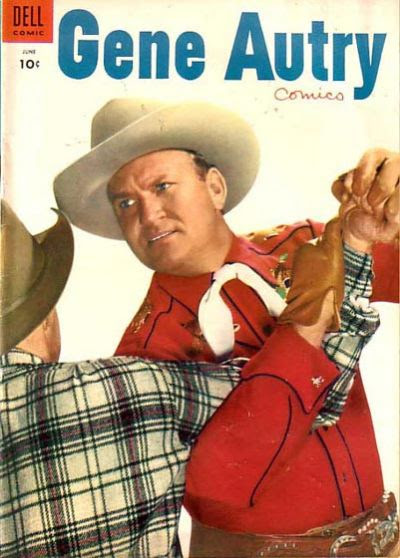 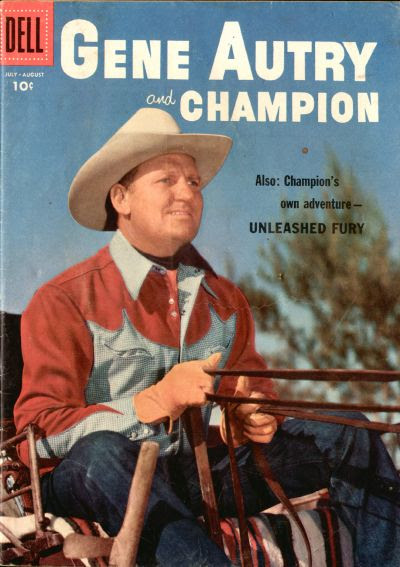 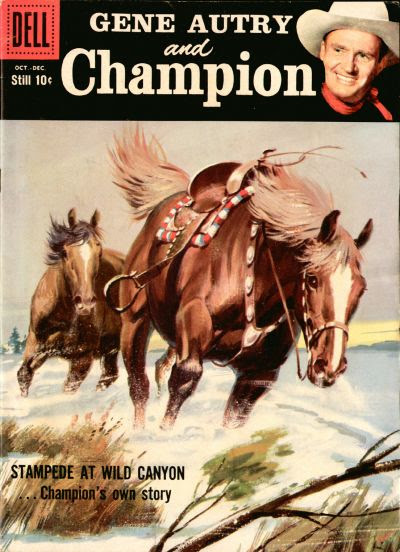 Issue 120! Interesting how Champion's billing was first added, and then enlarged to be bigger than Gene's, eh?