Children's Book Theatre: Defenders of the Earth in "Ming the Menace" Part 1!

Time for a new feature on "Children's Book Theatre," and this time around, it's the Defenders of the Earth (Flash Gordon, Mandrake the Magician, and the Phantom) in "Ming the Menace," a Golden Books adaptation of the first episode of the animated series! 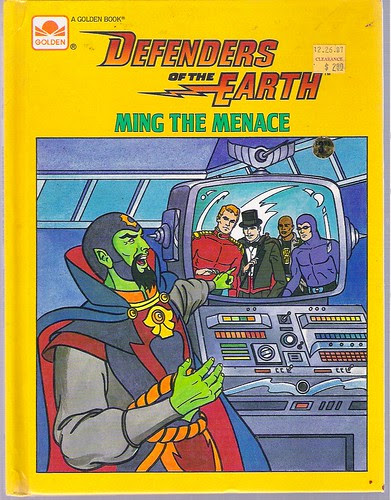 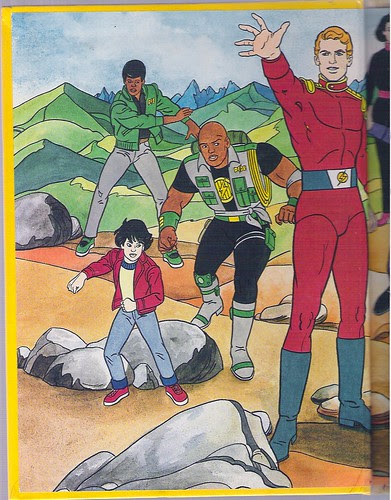 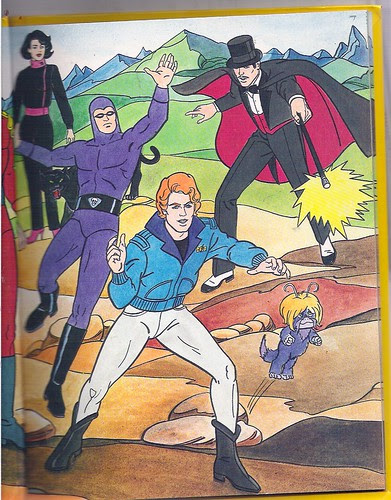 The inside front and back covers feature this spread of the Defenders of the Earth with their children, whom you'll get to know in the story. 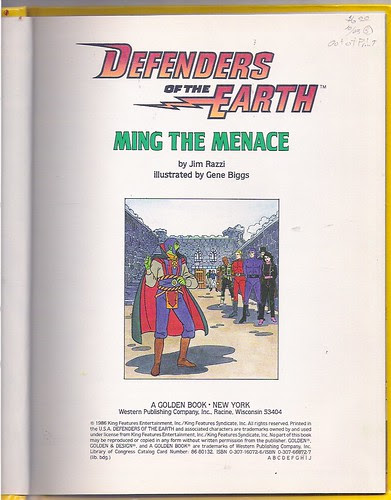 Here's the title page, which tells us this was published in 1986, and was written by Jim Razzi with illustrations by Gene Biggs, neither of whom I'm familiar with. Now, let's get to the story itself! 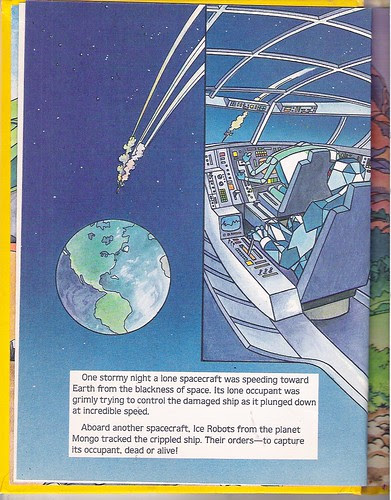 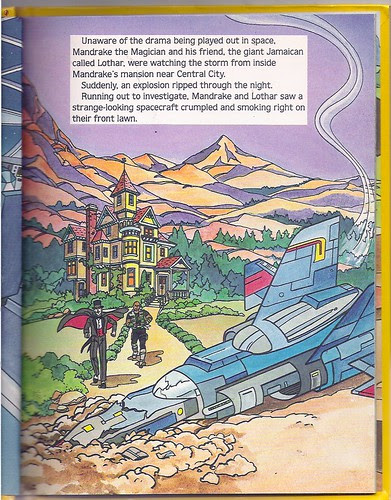 I certainly don't recall Lothar being identified as Jamaican before! 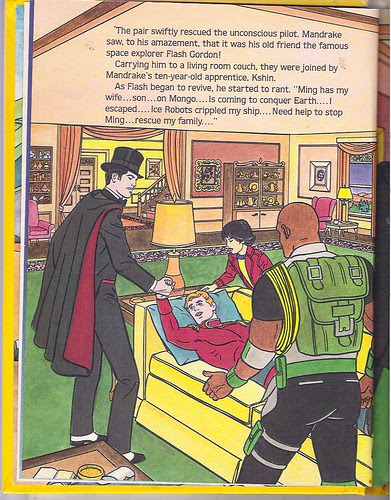 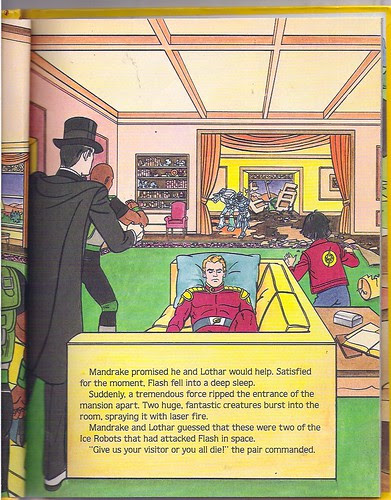 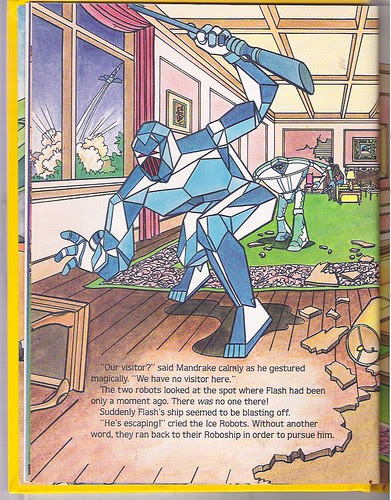 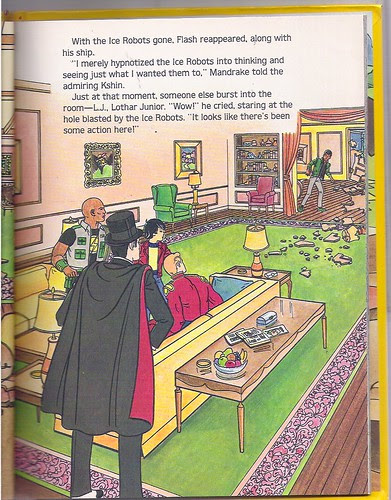 Yes, that's right, the story had Mandrake hypnotizing a robot! 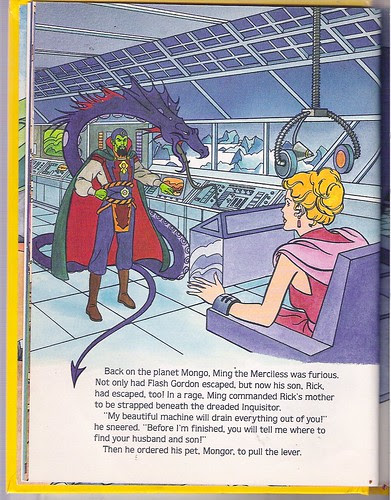 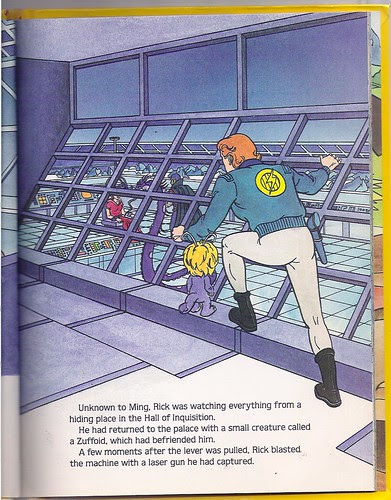 Flash's wife is never explicitly stated to be Dale Arden here, but one can presume that's the case! 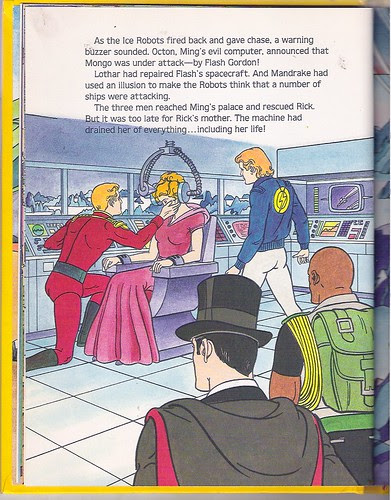 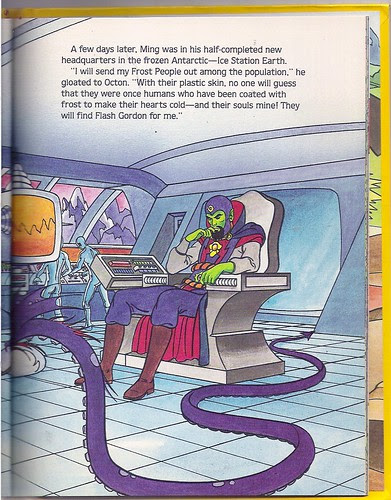 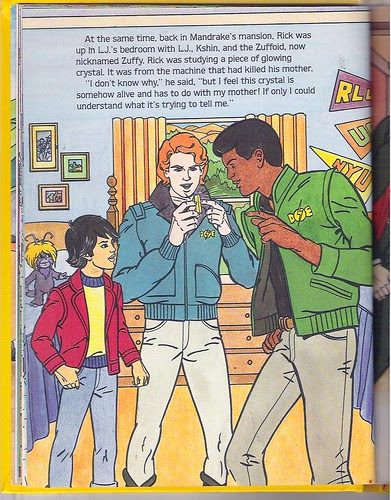 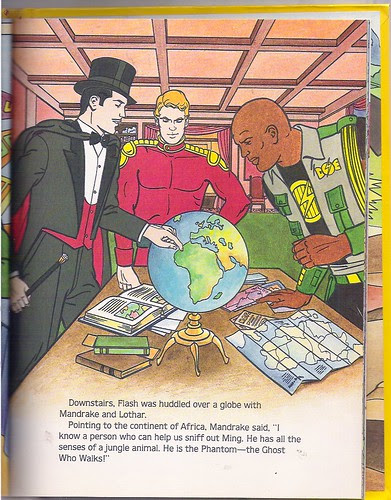 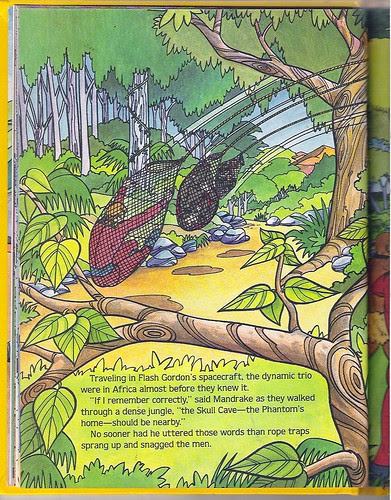 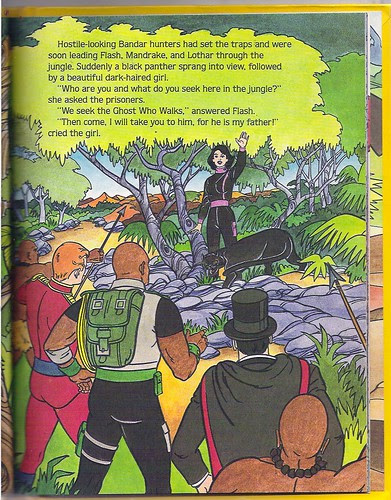 And with the pending introduction of the Phantom, we'll end this installment, and finish up next time around!
Posted by Jon K at 12:01 AM