Let's see what photos I have to share with you this time... although first a reminder, these aren't things I actually own myself (unless I say otherwise)... so if you see something cool you've got to have, I'd recommend searching on eBay (where I first found these)! 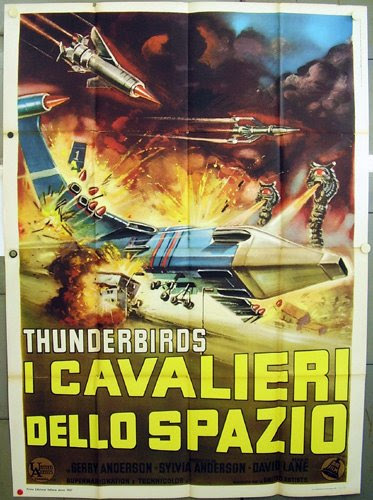 Ah, here we have a cool Italian poster for Thunderbirds Are Go! 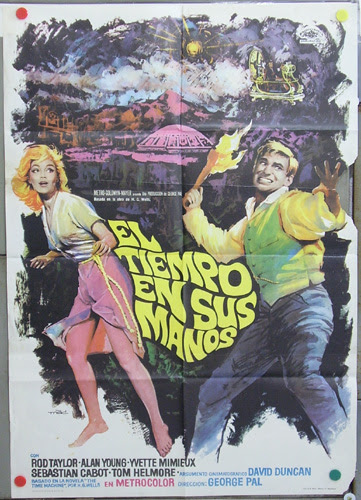 Next, this Spanish poster for The Time Machine! 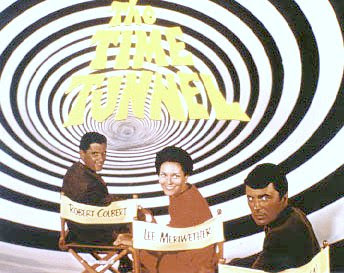 Here's a promotional still for "The Time Tunnel," and below is another one! 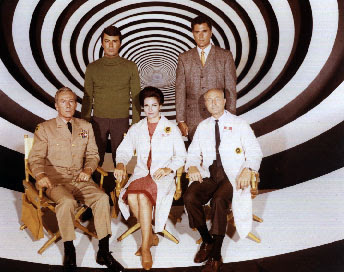 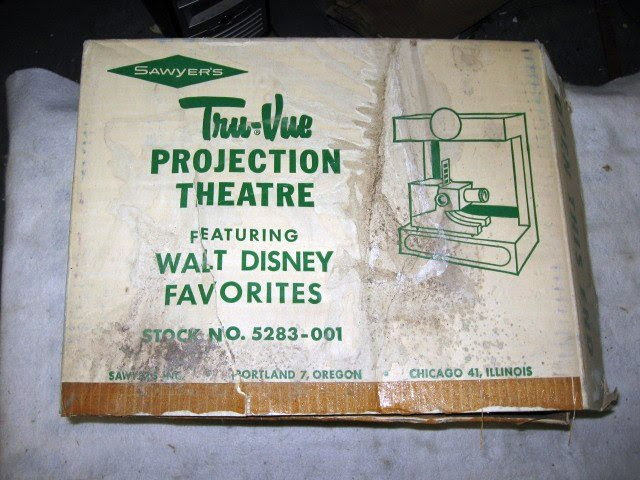 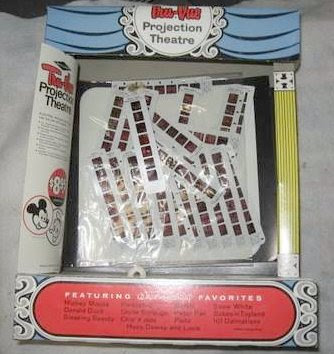 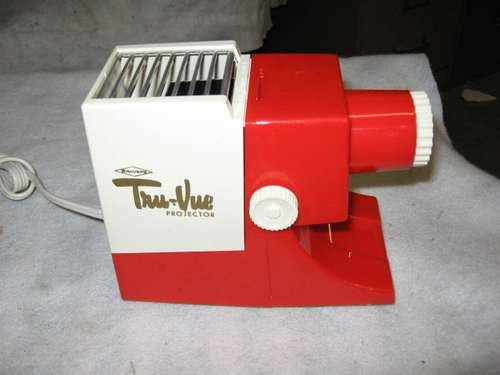 Tru-Vue was an early competitor for View-Master, from what I understand, and this Tru-Vue projector featured slides that I believe were first prepared for their 3-d viewer, but here adapted for projecting! This may or may not have pre-dated Kenner's Give-A-Show Projector. It's interesting to note that there are seven slides per card for this set, and I think that all the View-Master discs also featured a set of seven slides (well, 14, but it took two pictures to create the 3-D effect). Kenner also used seven slides for the Give-A-Show!

I own a small number of the slides that were sold for this, and have presented them on the Give-A-Show Blog! 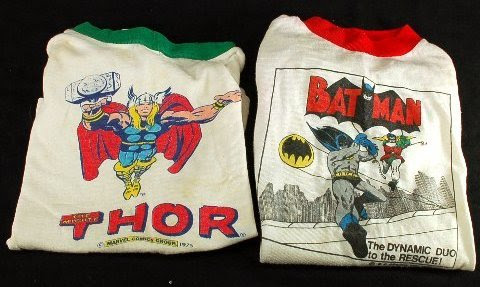 Here's a nice pair of t-shirts, probably from the 1970s, with a Thor shirt on the left, and a Batman shirt on the right! 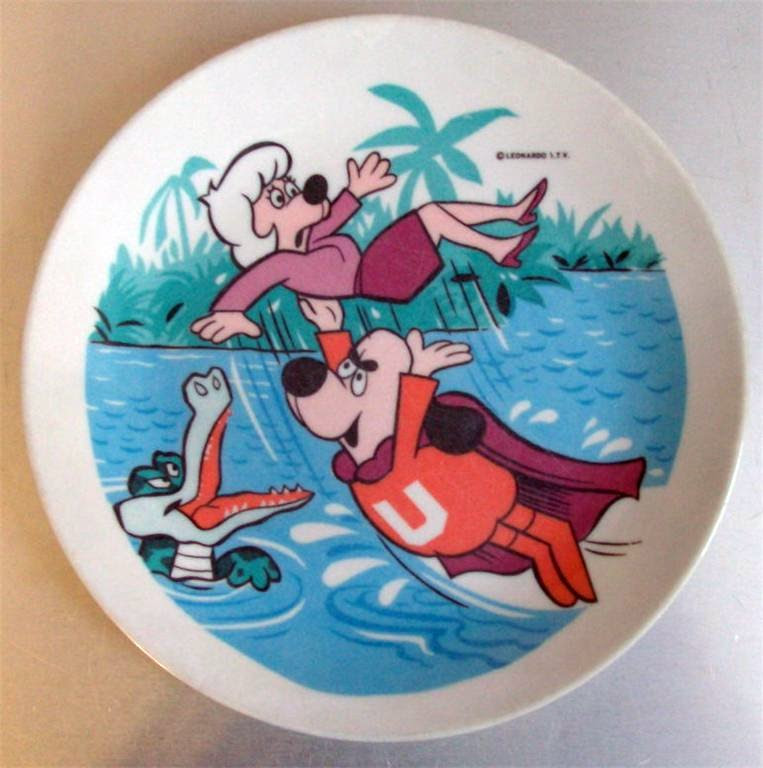 There's no need to fear, Underdog is here... on a nice-looking children's plate! 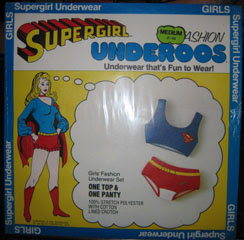 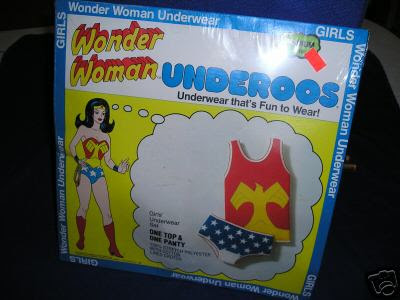 Yep, that's Supergirl and Wonder Woman Underoos! I'd imagine that these days, if these were made in women's sizes, some of the cute female comics geeks I've seen at conventions would buy them!

Ah, I spoke of View-Masters before... here's a selection of geek-related ones! 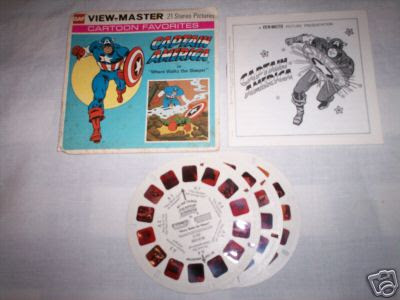 Planet of the Apes Talking View-Master discs! Based on the TV show.