The first of this installment's Marvel items begins with this Hulk bank -- wow, the Hulk doesn't look that happy about it, does he? More after the jump! 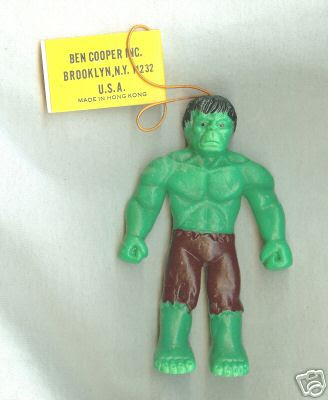 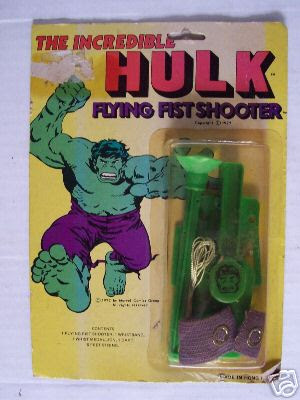 The ridiculous Hulk Flying Fist, an obvious attempt to get more mileage out of the Web-Shooter with different stickers and plastic colors! 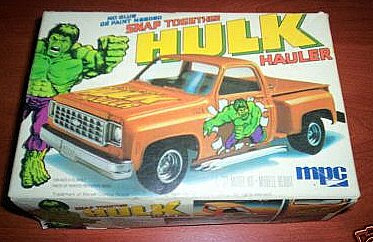 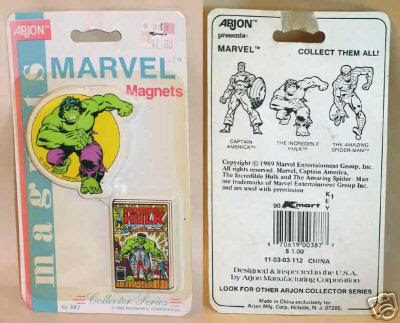 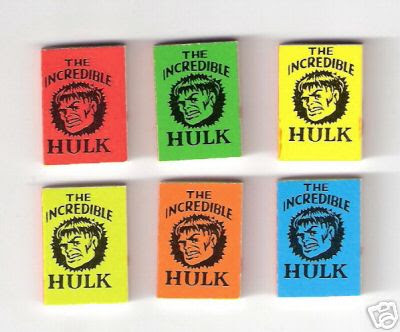 Hulk Vending Machine Mini-Books! I wonder if anyone's ever scanned all of these and posted 'em somewhere? 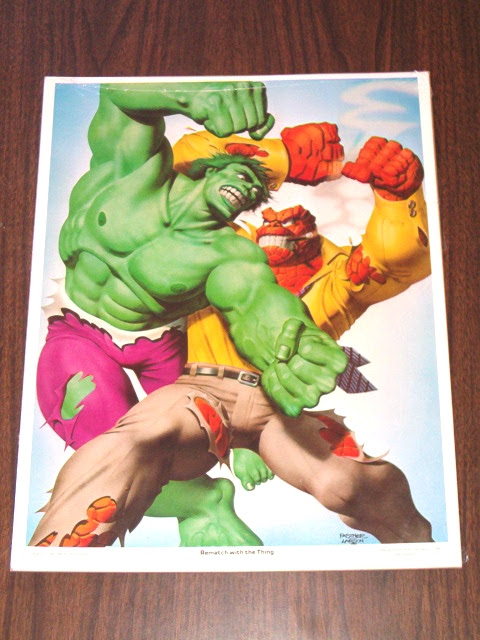 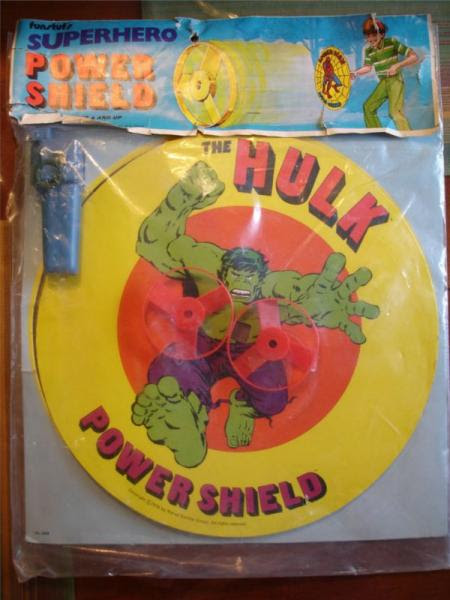 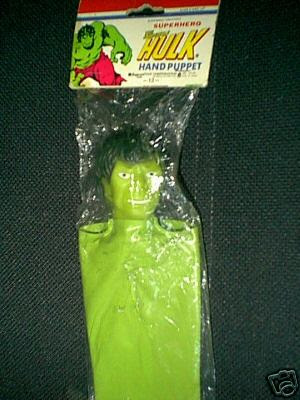 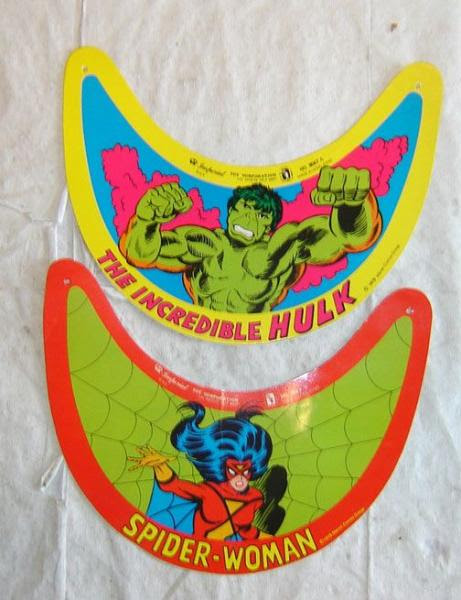 Hulk and Spider-Woman Visors from 1979! 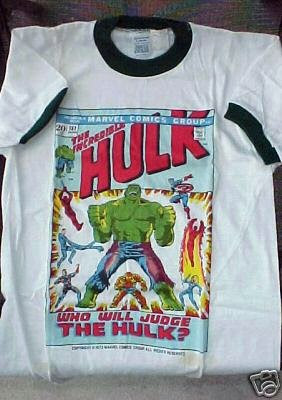 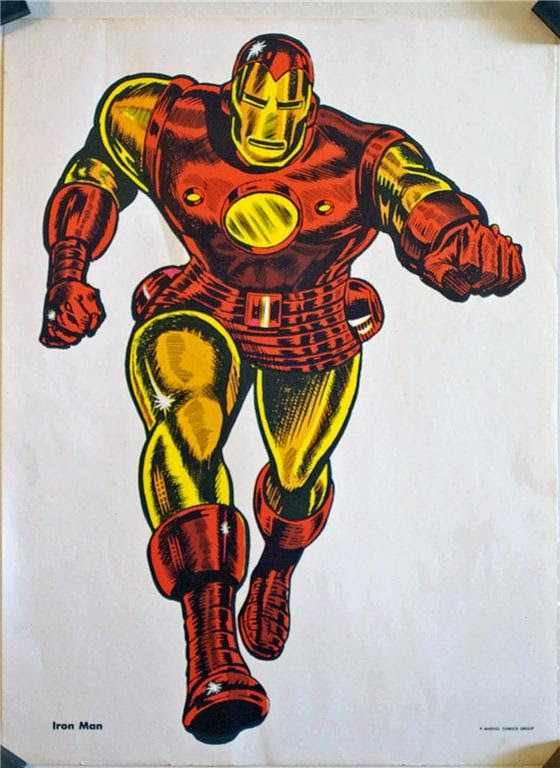 Obviously, we're now on to Iron Man, with this 1966 Marvelmania poster! 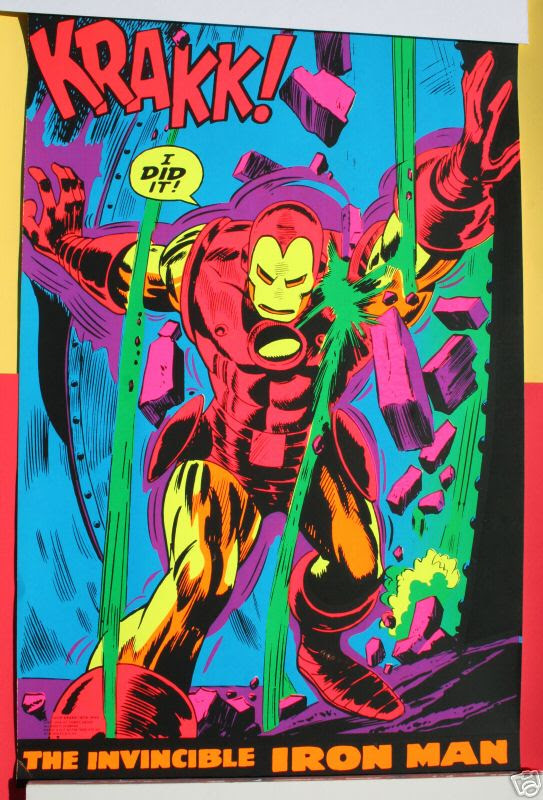 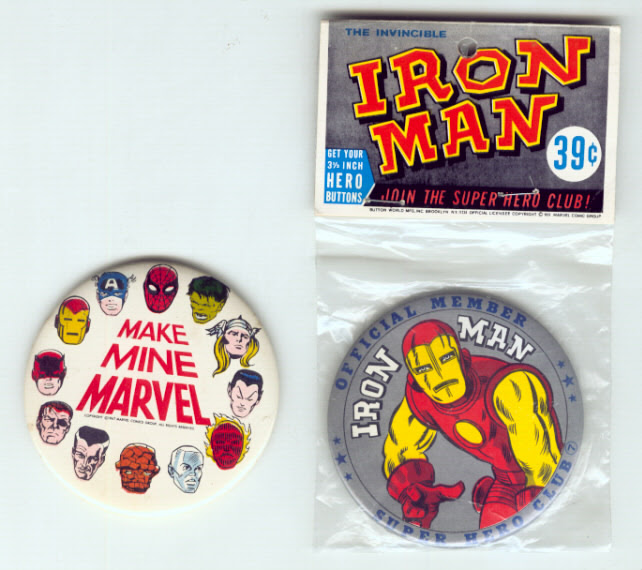 Iron Man 1960s Button as well as a Make Mine Marvel button! 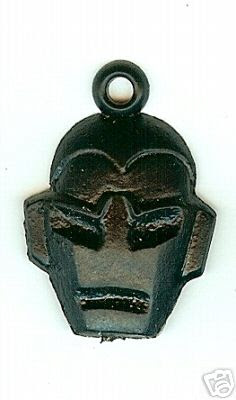 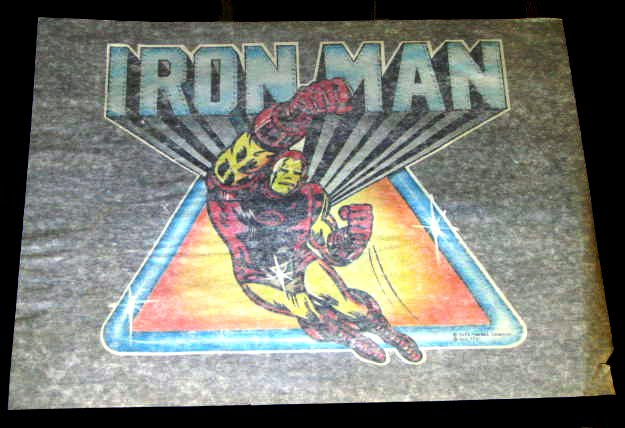 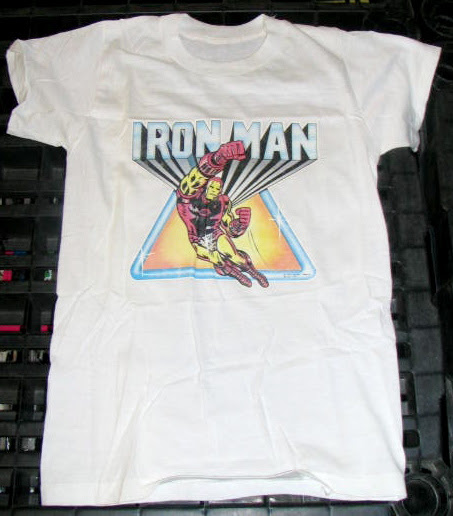 More Marvel Merchandise next time!
Posted by Jon K at 12:01 AM