A couple of items in this week's installment of "Monster World" #5, starting with... 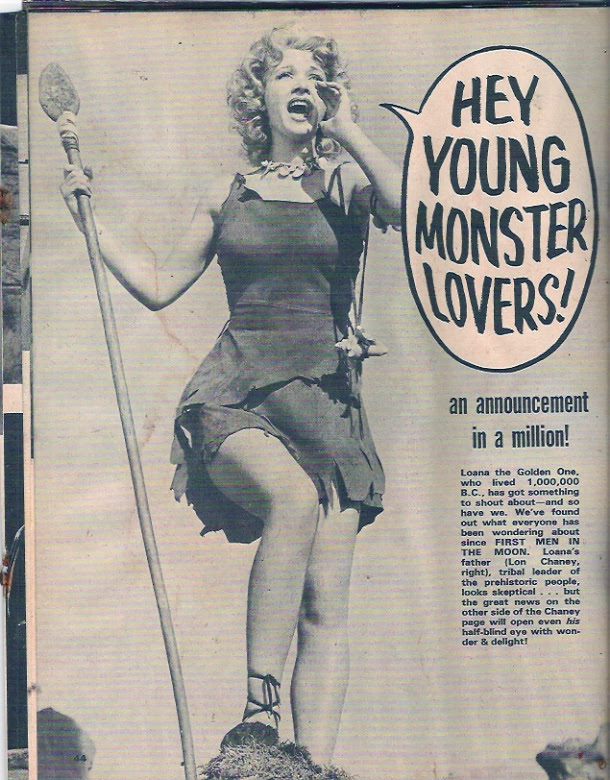 This is the first of a two-page build-up for what they figured was an amazing announcement... more after the jump! 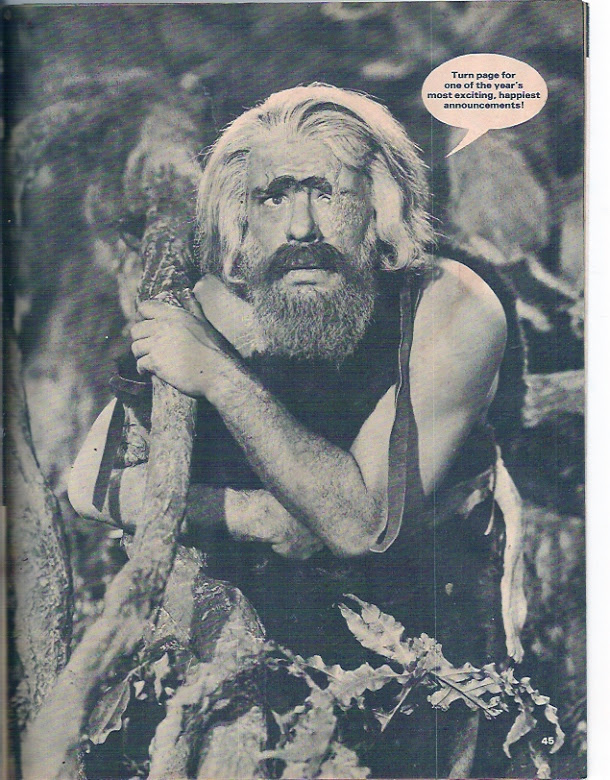 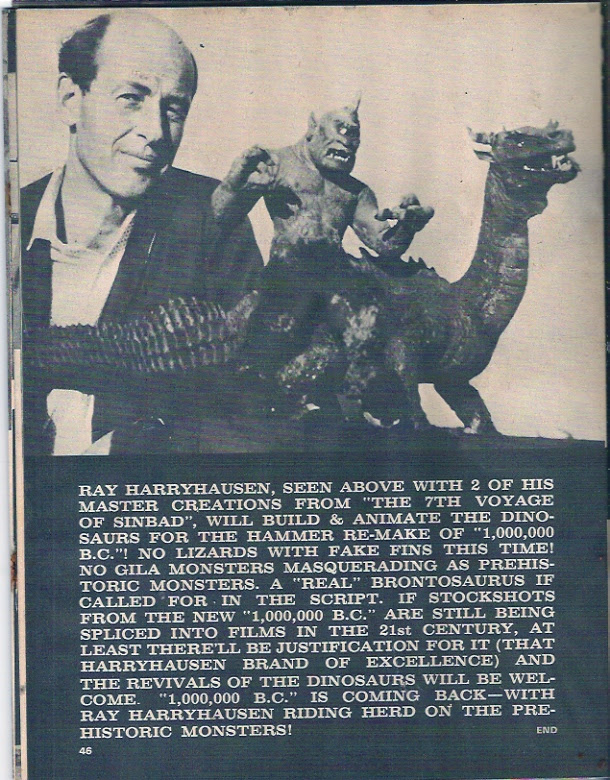 Three pages for that announcement... while it is pretty important (for the time, anyway)... three pages, and no photos of Harryhausen actually working on it? Although I seem to recall that Jim Danforth did the work on that movie -- or was it just the sequel? 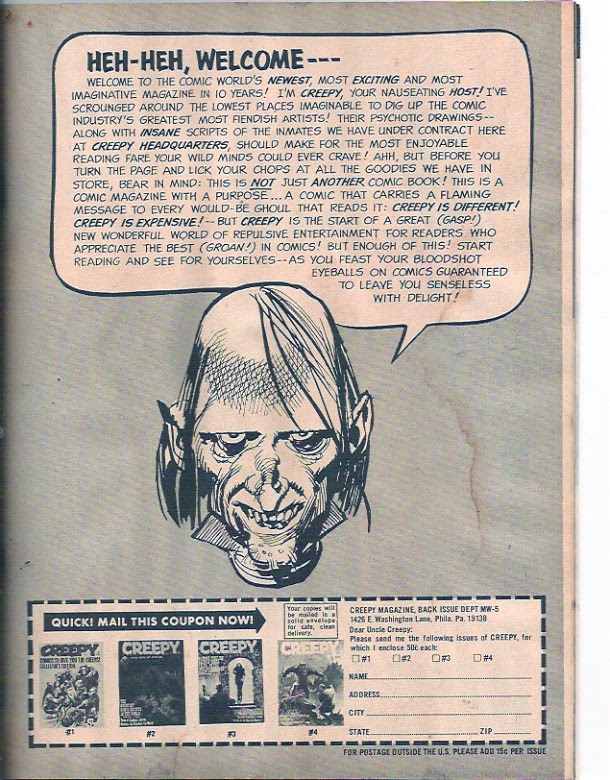 House ad for Creepy back issues, for a mere 50¢ each! 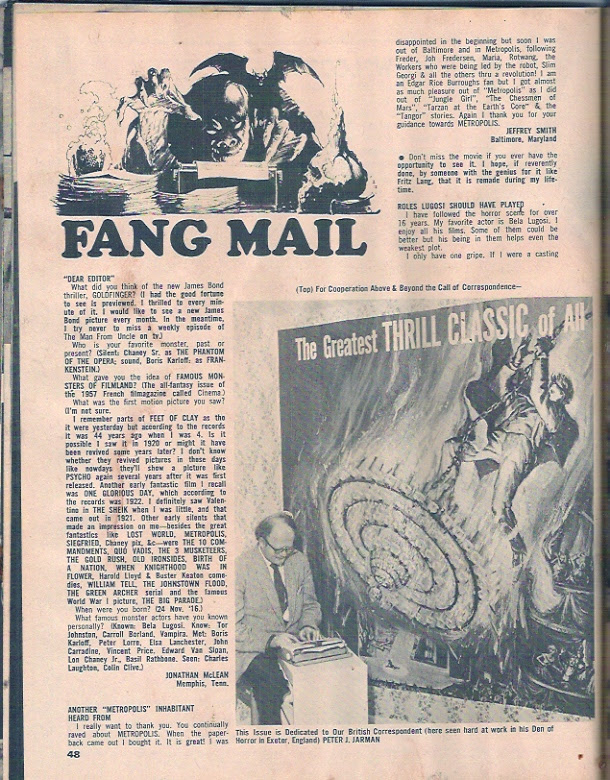 And now for Fang Mail! Let's see if Jonathan McLean of Memphis, Tennessee or Jeffrey Smith of Baltimore, Maryland happen to be Googling their own names and find this post! 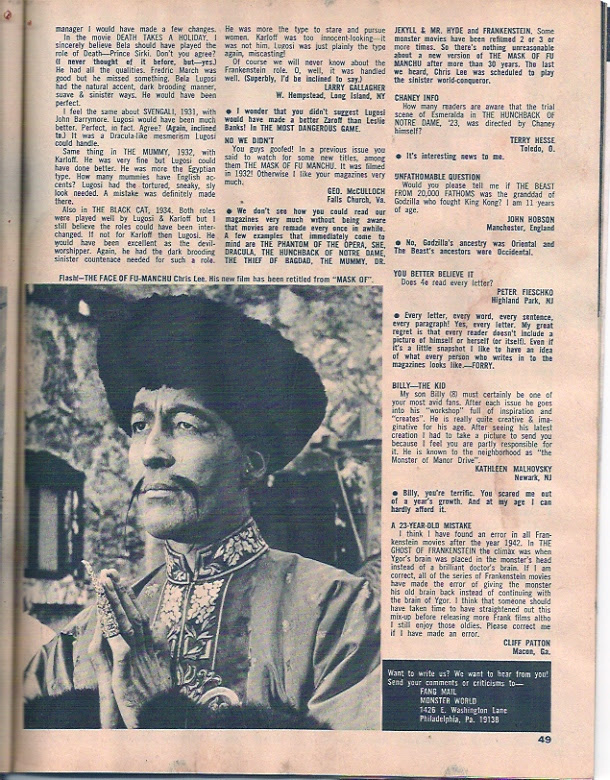 If not them, then perhaps Larry Gallagher of West Hempstead, Long Island, NY, George McCulloch of Falls Church, VA, Terry Hesse of Toledo, Ohio, John Hobson of Manchester, England, Peter Fieschko of Highland Park, NJ, Kathleen Malhovsky of Newark, NJ, or Cliff Patton of Macon, Georgia will find this post. Any of you find this? Speak up in the comments, y'hear? 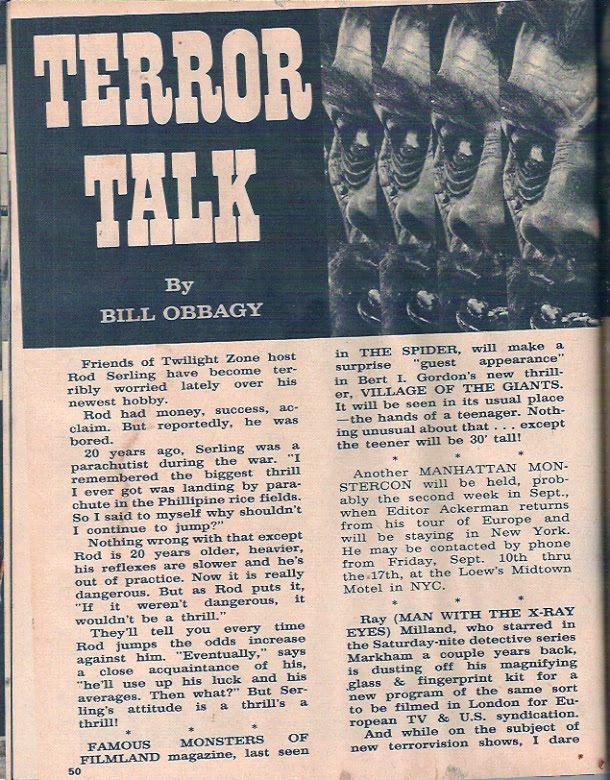 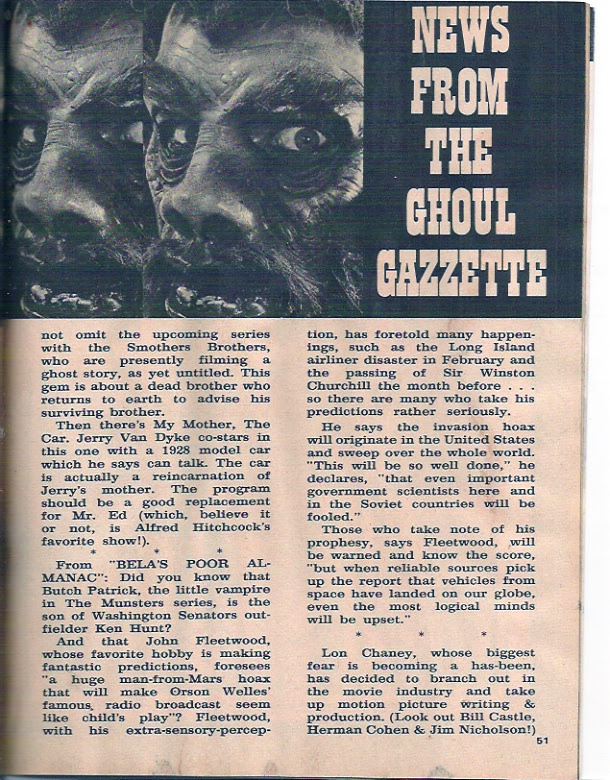 The last article this time around is "Terror Talk," and talks about Rod Serling's hobby of parachuting, Famous Monsters (the magazine) appearing in "Village of the Giants," Ray Milland doing a detective TV show, the first Smothers Brothers sitcom, My Mother the Car, and a number of little tidbits, mostly harmless stuff.

Next time: The final installment of this magazine, with ads galore!
Posted by Jon K at 12:01 AM