Yep, it's another romance comic on By the 10s! 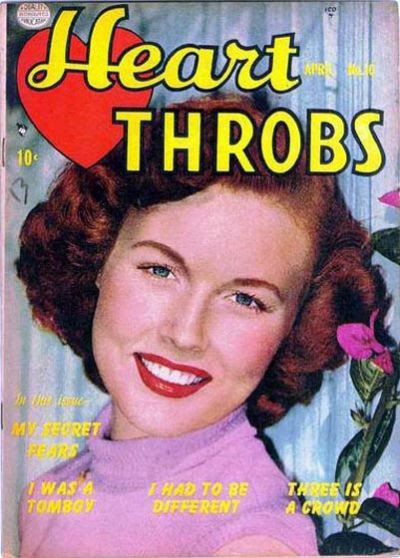 As you can see, this one is of older vintage than the last two titles, and features photo covers! The rest follow after the jump! 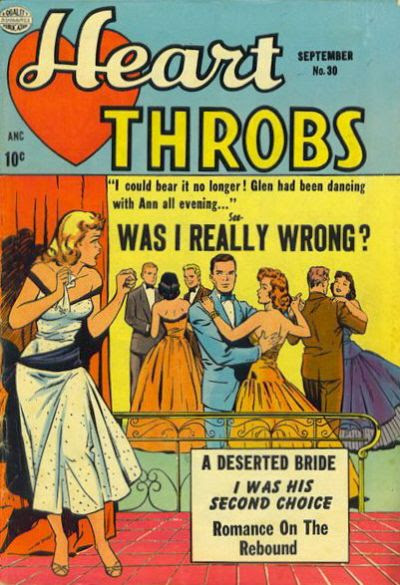 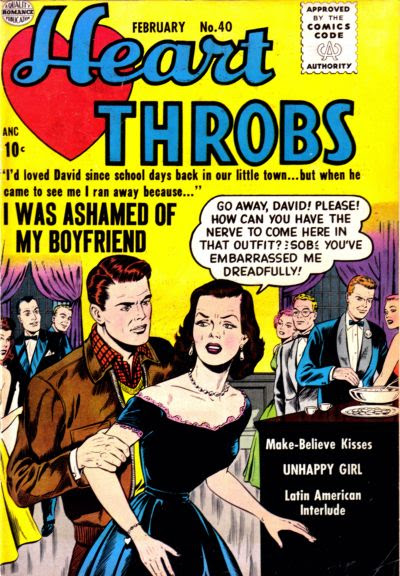 Here's issue 40, the last of the Quality issues in this By the 10s! 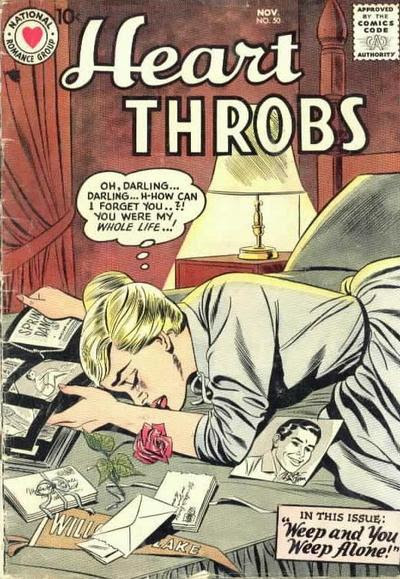 Issue 50, as the title's switched to DC! 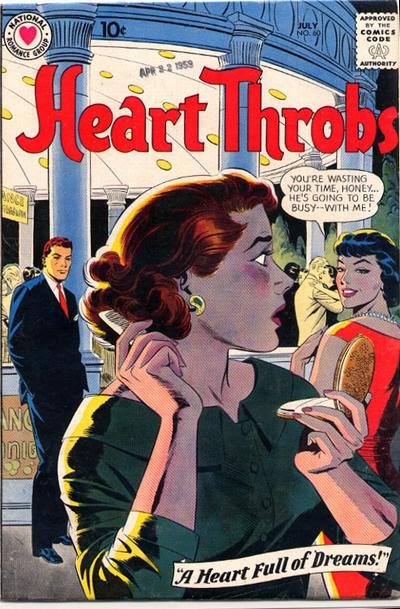 Issue 60! Notice how none of these covers feature things going well! 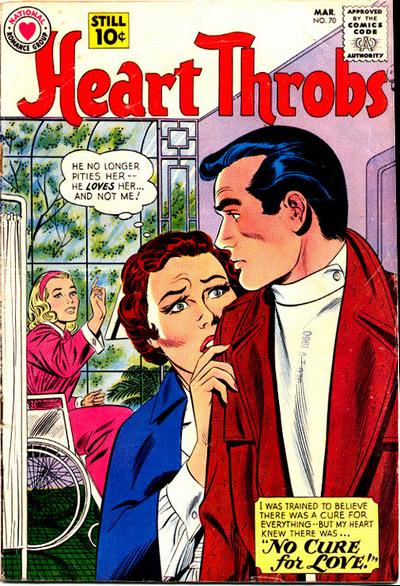 Issue 70, and it's a twist on the girl in a wheelchair cliche, with the guy really loving the girl for a change! 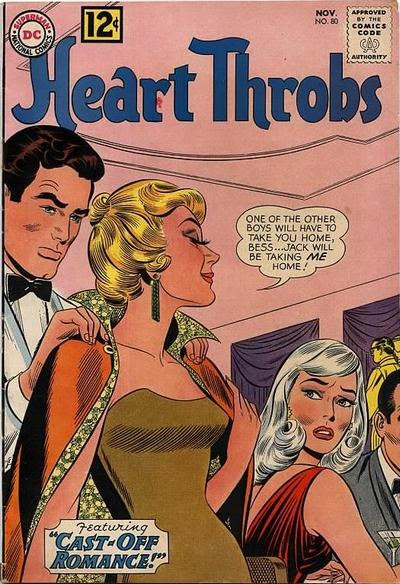 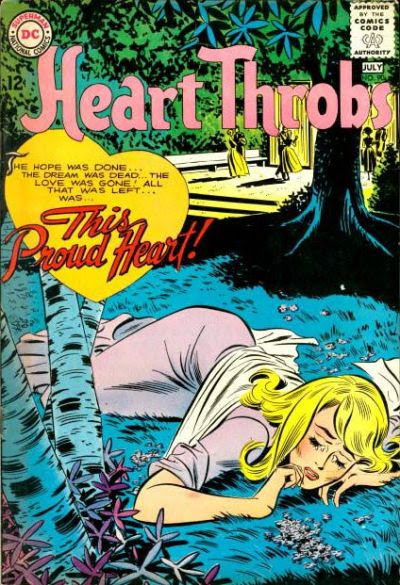 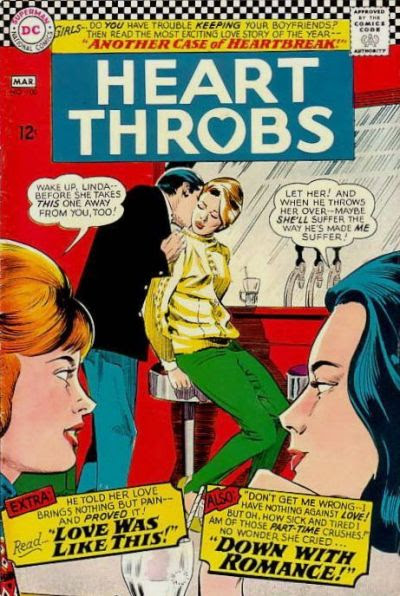 Issue 100, and it's time for the logo to change again! 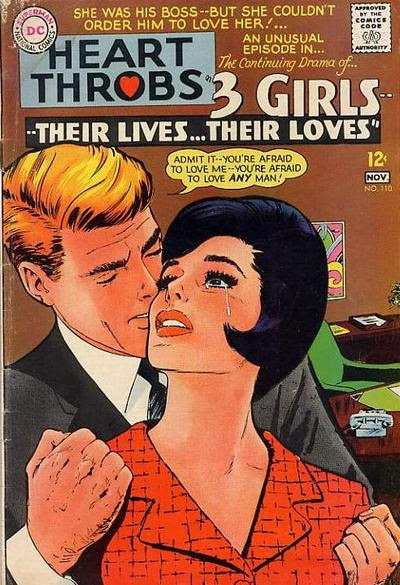 Issue 110 - ah, these were simpler times, weren't they? Nobody would've considered this to be harassment (not that it's a good thing, mind you). 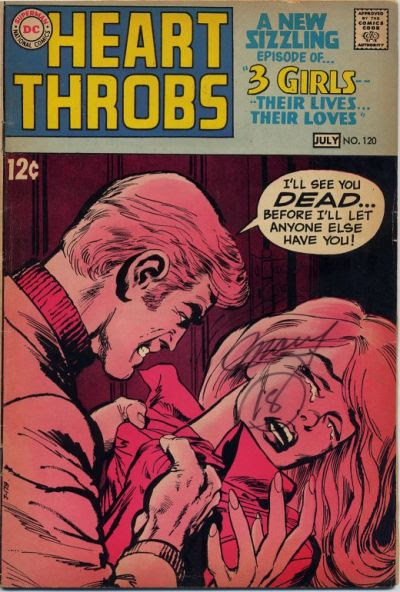 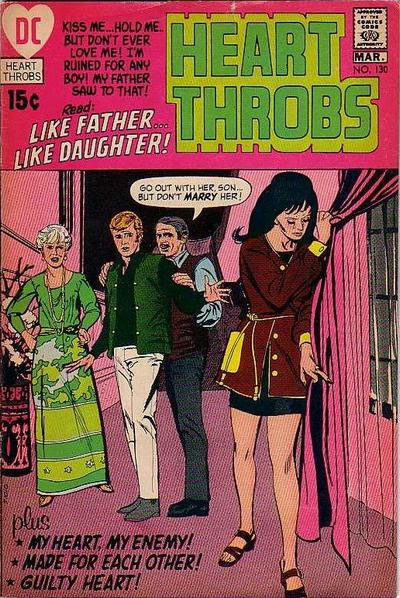 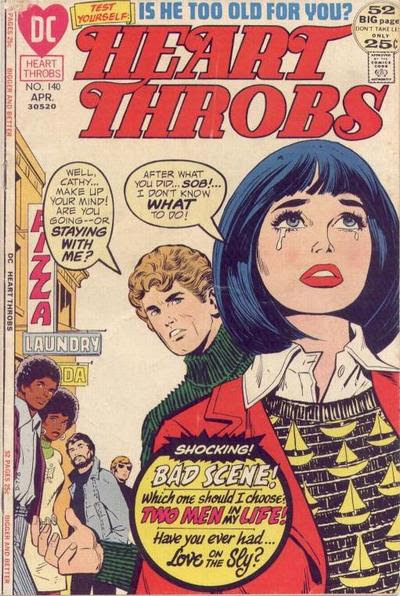 Issue 140, and the logo's changed yet again! Did DC really think new logos would help sales?

Well, that wraps up this one, but it doesn't wrap up the romance comics -- not by a long shot! Next time, it's Hi-School Romances!
Posted by Jon K at 12:01 AM