Since it's Give-A-Show Friday, it seems appropriate to finish off the Give-A-Show-related photos today, eh? 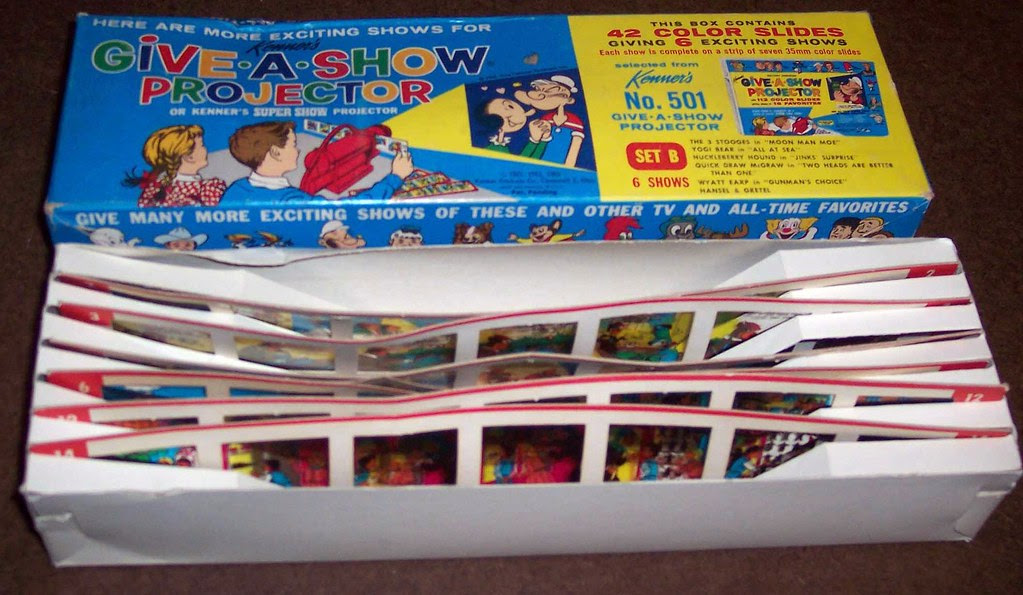 Here's one of the six-packs of separate slides available for those who didn't want to purchase a whole Give-A-Show Projector set, and just wanted the new stuff! More after the jump! 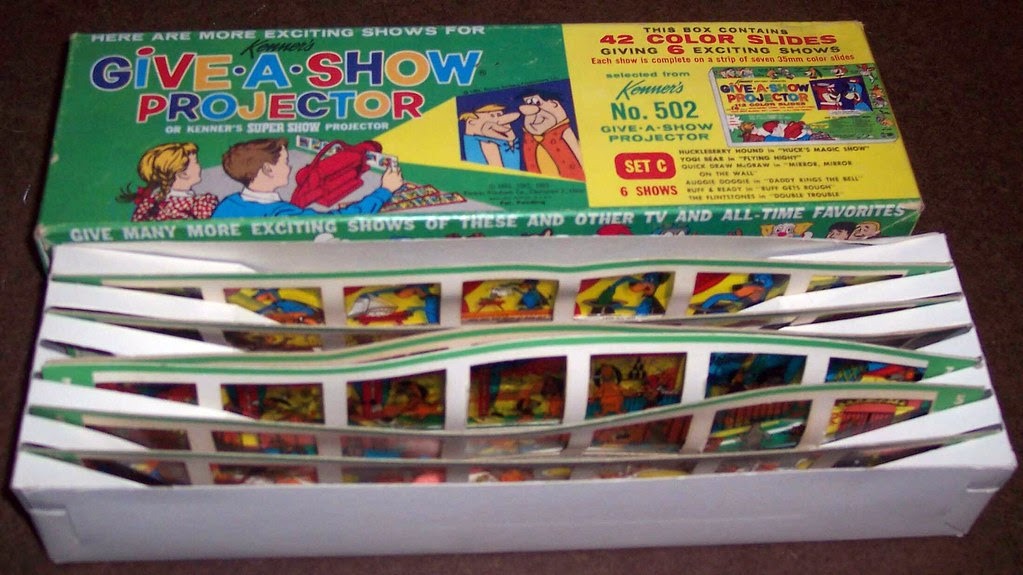 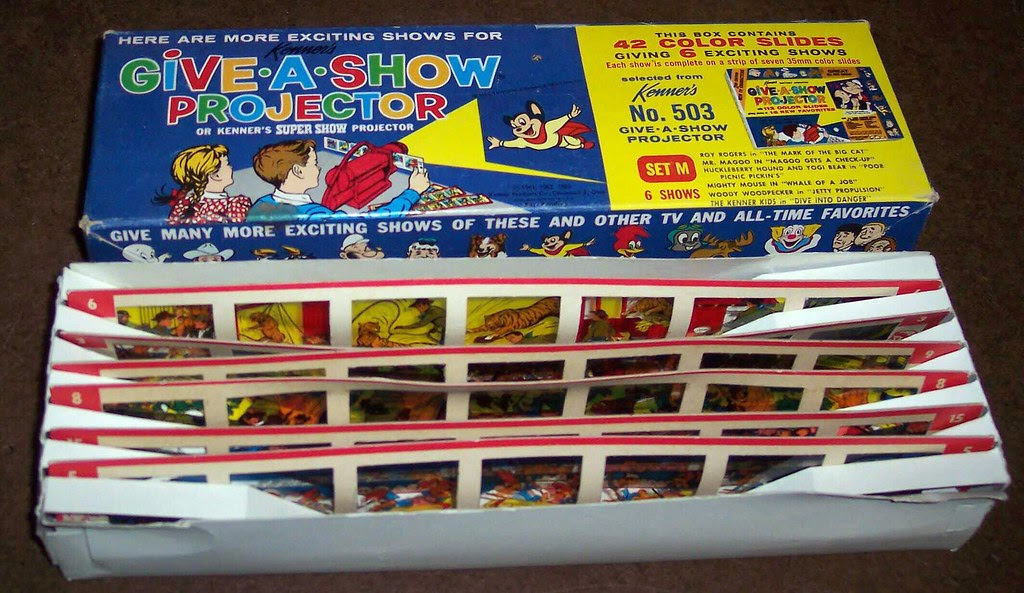 A few more of the six-pack slides! 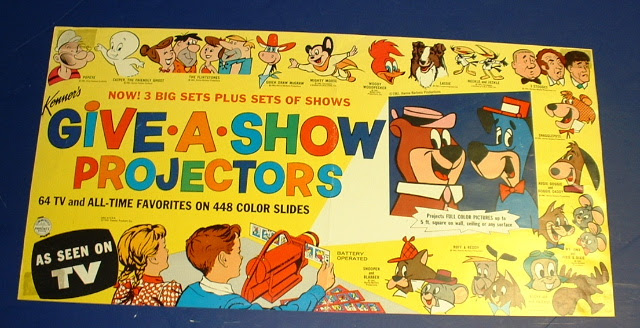 A promotional poster Kenner produced for toy stores and departments! 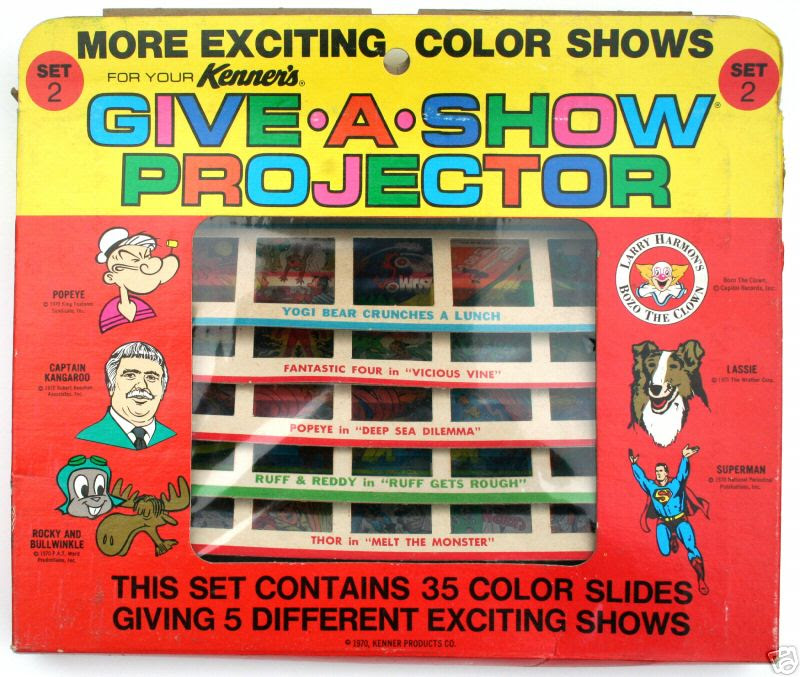 This was a later 1960s version of the slide six-packs! So far as I can tell, by the 1970s, Kenner dropped this idea entirely. 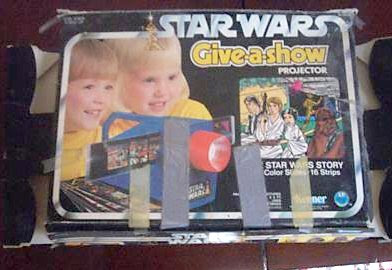 The Star Wars set, which will be coming up on a Give-A-Show Friday some months from now! 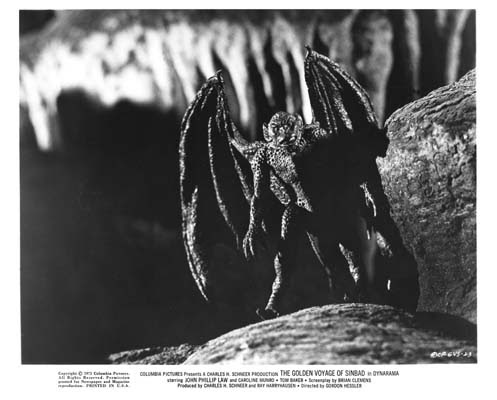 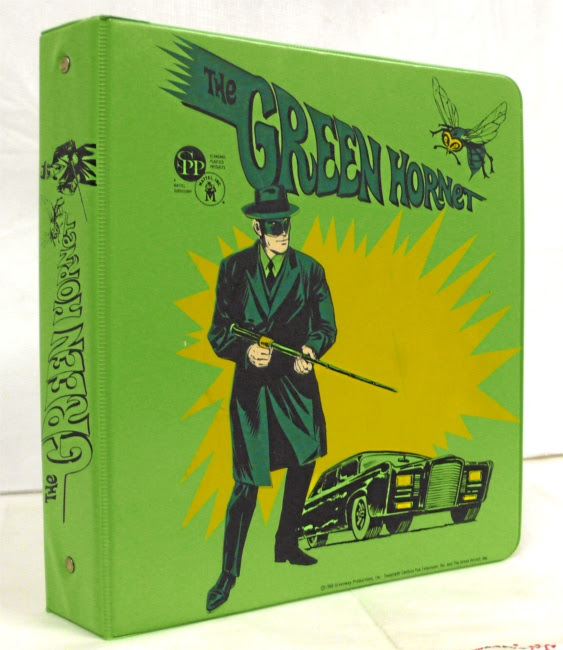 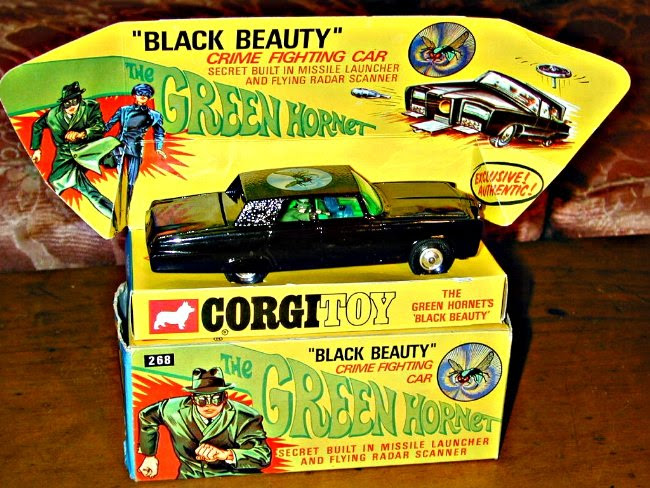 Corgi's version of the Black Beauty! 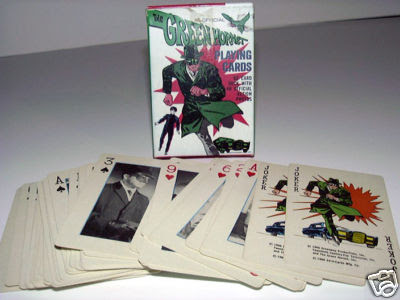 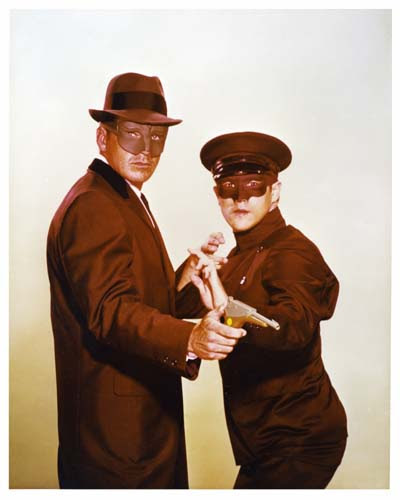 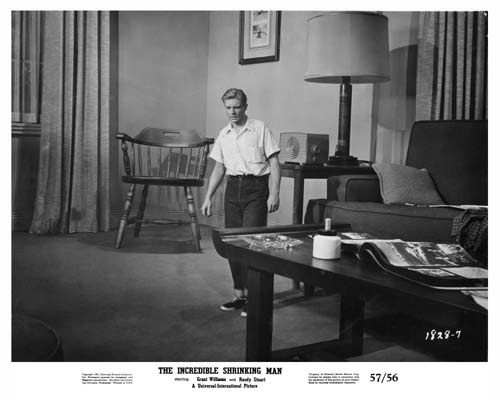 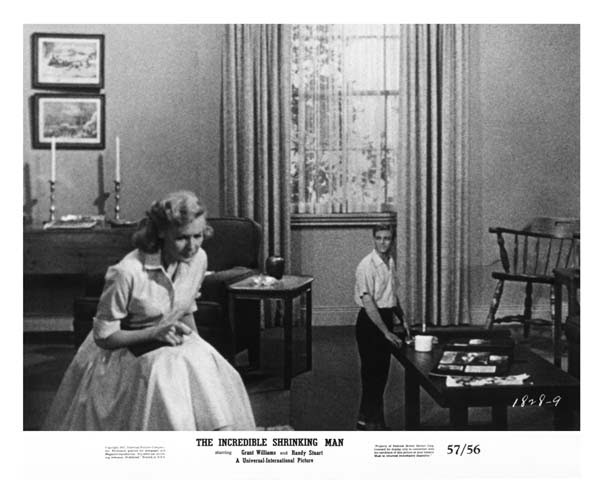 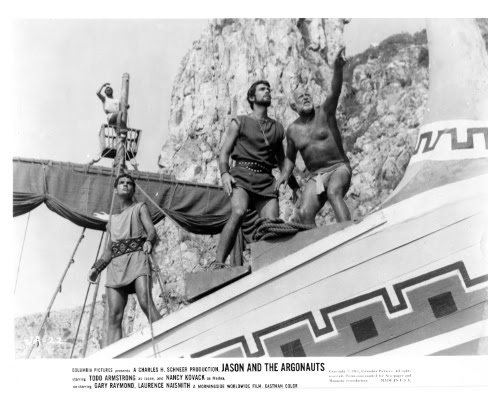 Jason and the Argonauts still! 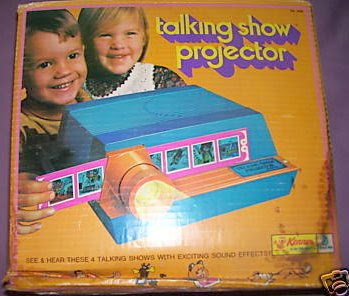 And lastly for this time around, it's Kenner's Talking Show Projector, and I believe you've already seen those videos here! 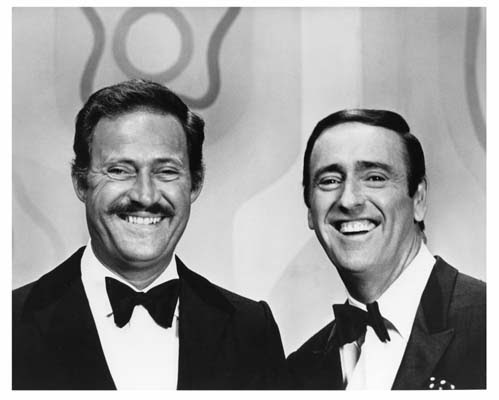 Yep, that's Dan Rowan and Dick Martin, from Laugh-In! That's probably the last Laugh-In collectible I saved a photo of! 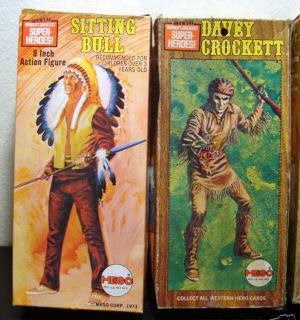 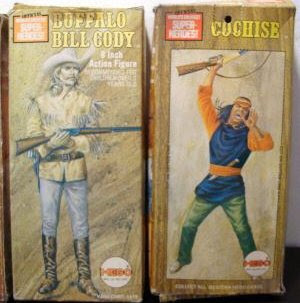 Most people either don't know or don't remember that Mego had a line of western action figures... here's four of them (could be all of them, for all I know)! I suspect that Marx Toys' "Best of the West" line inspired Mego to come out with these. 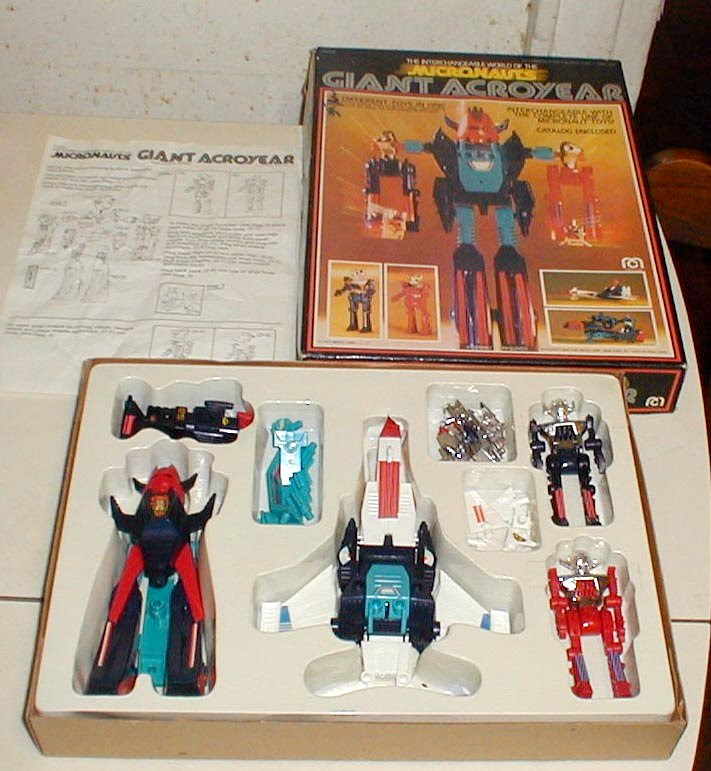 Don't get your hopes up... this Giant Acroyear is the only Micronauts photo I have in this volume of Cool Stuff pix!