Wow, has this month's Cool Stuff been all Marvel items so far? I wonder if it'll stretch out to the entire month... 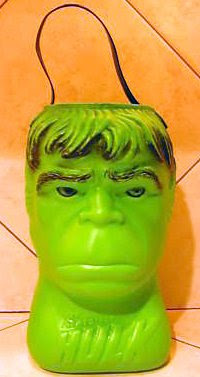 The first item today is this Incredible Hulk Halloween bucket! I used to have one of these back in the 1980s... bought it for a quarter at a Salvation Army store, among other items for the same price, and then resold them at a comic or toy show for quite a markup! Kind of wish I'd kept it, now... More after the jump! 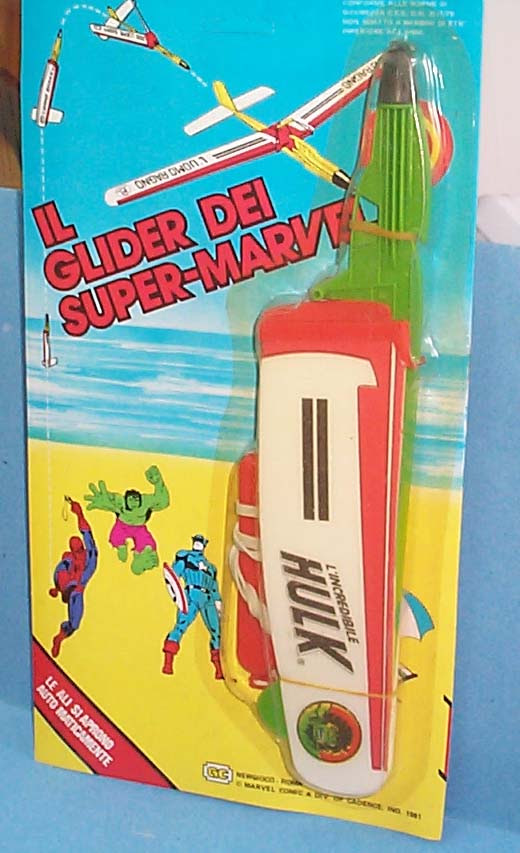 Yes, that's a Hulk glider, made in Italy... but Italy didn't exactly have the market cornered on Hulk toys that didn't make sense! 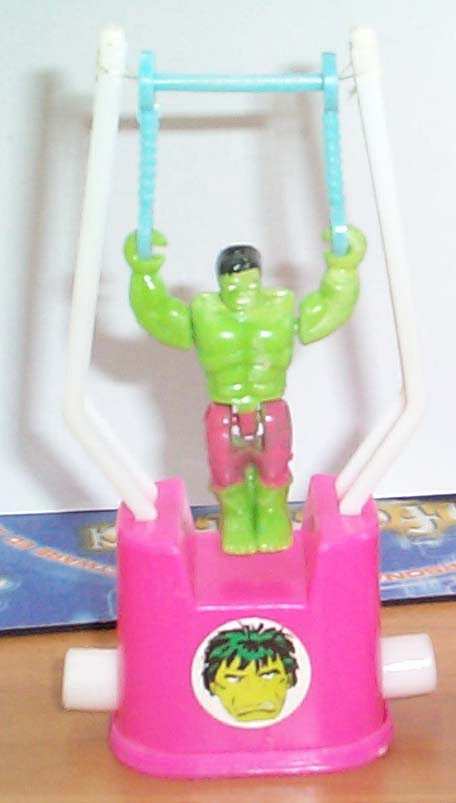 Here's a Hulk push puppet that did acrobatics! Now, I could see a Spider-Man, Captain America or Daredevil toy doing this, but the Hulk???? 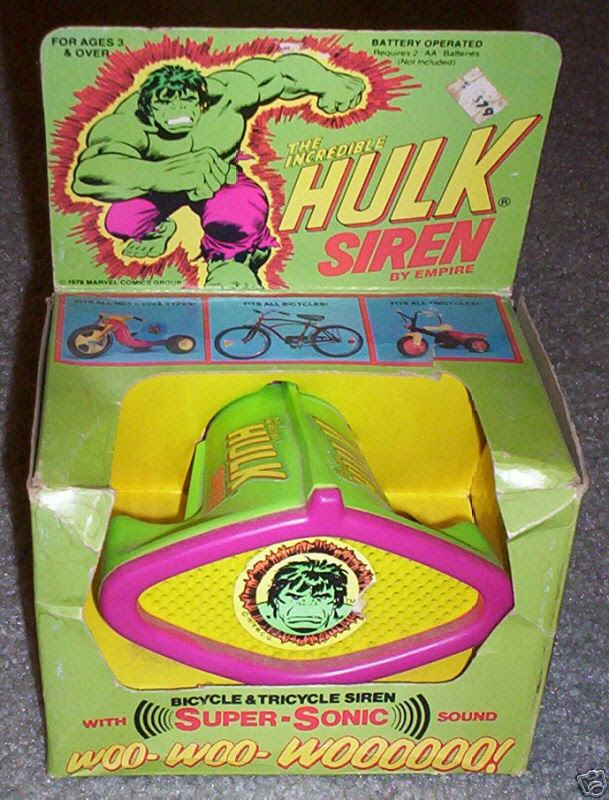 This Hulk bicycle siren doesn't fit my ideas of what a Hulk toy should be, either... maybe if you pressed the button, and a voice came out of it yelling, "Get out of Hulk's way, or Hulk smash!" 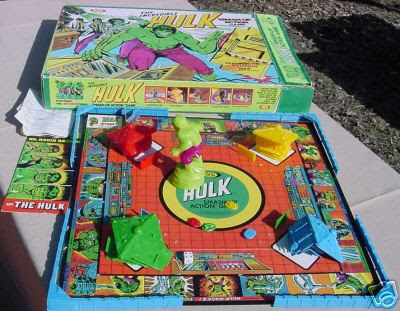 This Ideal "Hulk Smash Up Game" definitely makes sense to me! I mean, come on, a game where a Hulk figure smashes buildings down? Win! 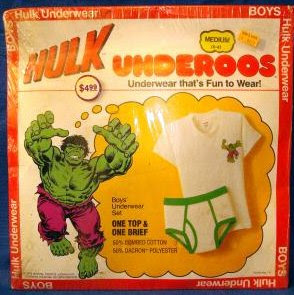 Hulk Underoos -- apparently by the time these came out, they'd given up on making sets that looked like the costumes the characters wore, otherwise they'd have just had a green shirt and purple underpants! 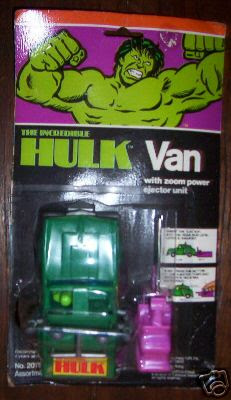 Ah, here's one of the many goofy AHI items featuring the Hulk... their Hulk Van!

Next up, here's a gallery of Marvelmania catalog pages! 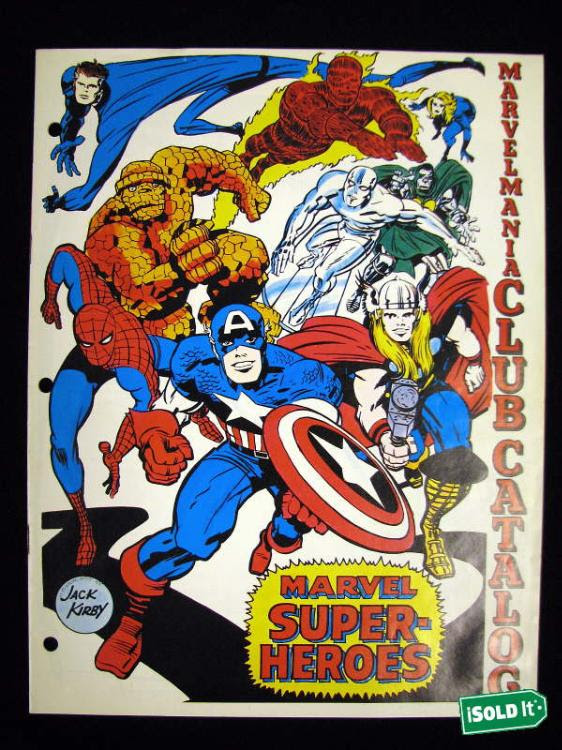 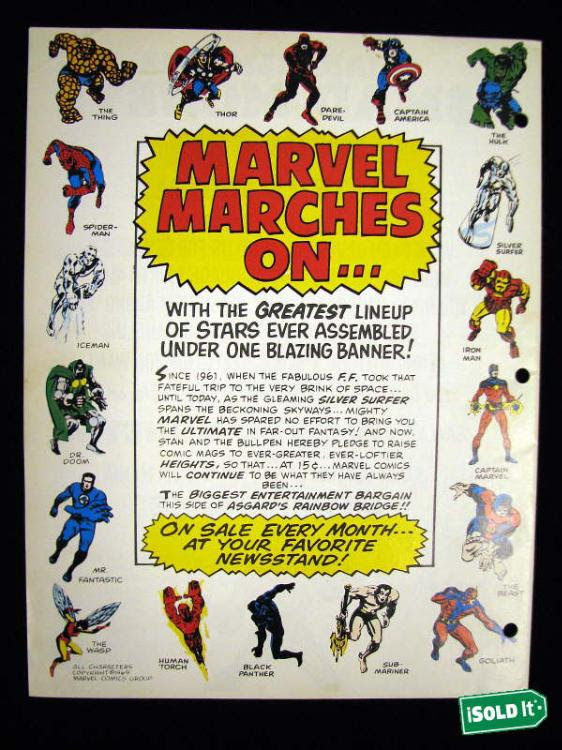 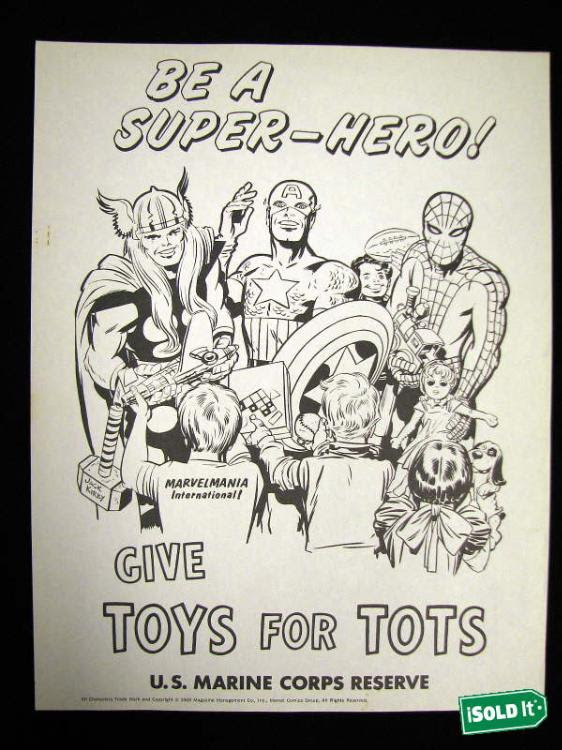 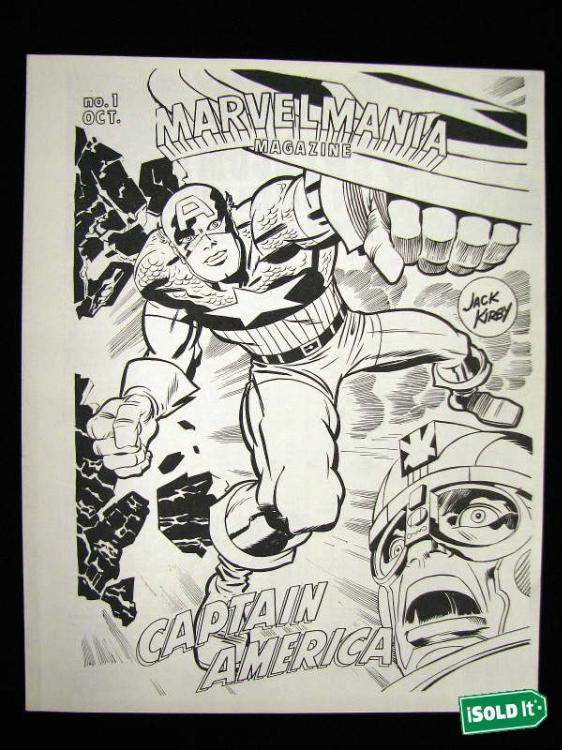 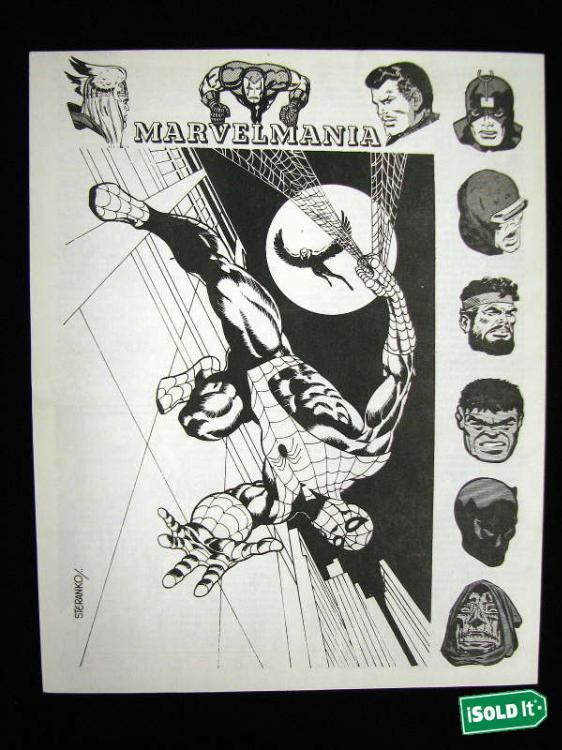 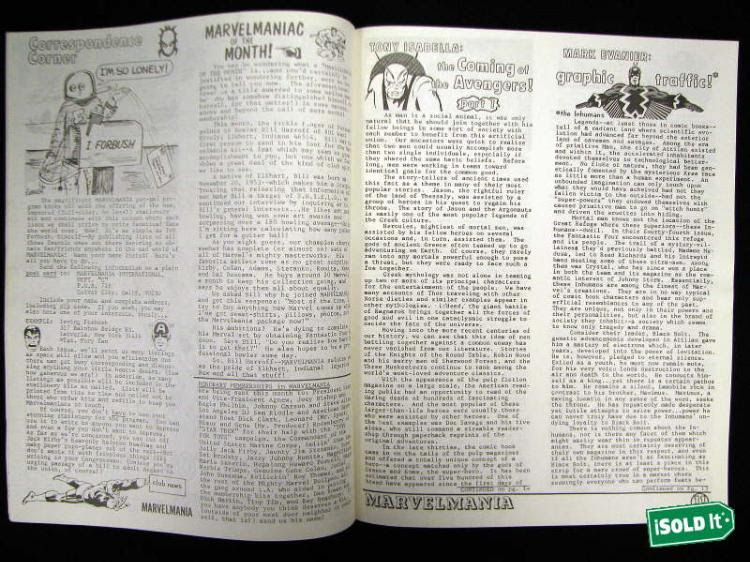 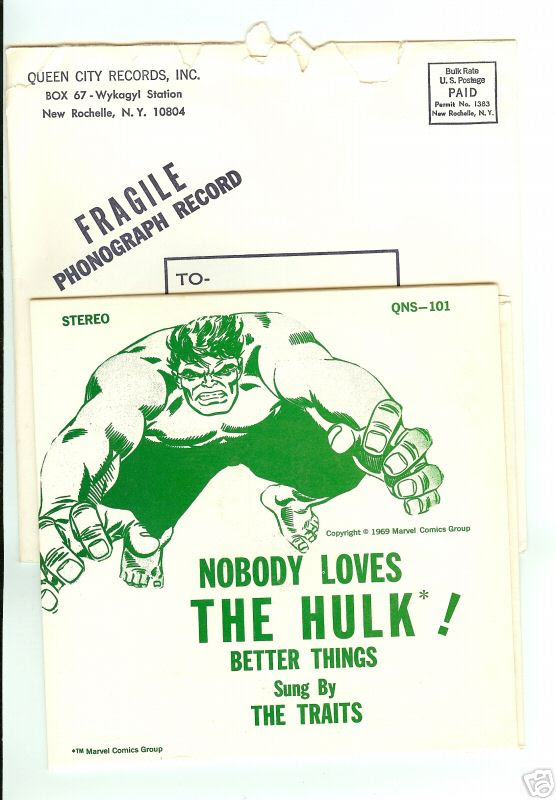 I'm sure the "Nobody Loves the Hulk" record has been ripped and is available for download somewhere on the internet...

Next time: Marvel Philly Stickers!
Posted by Jon K at 12:01 AM