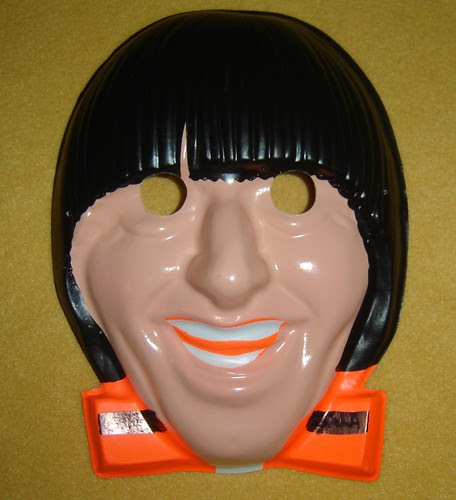 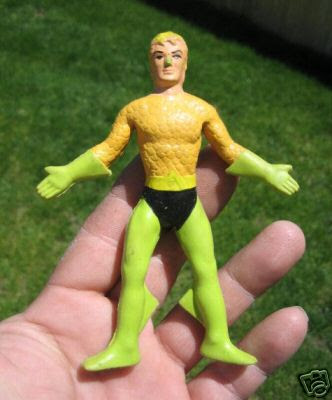 Time to look at some Mego Bend-N-Flex figures! Here's a loose Aquaman! 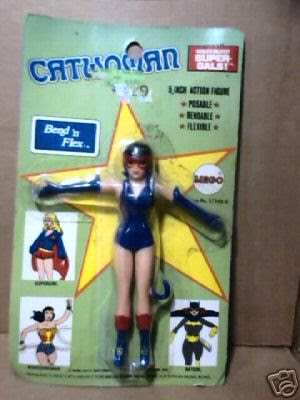 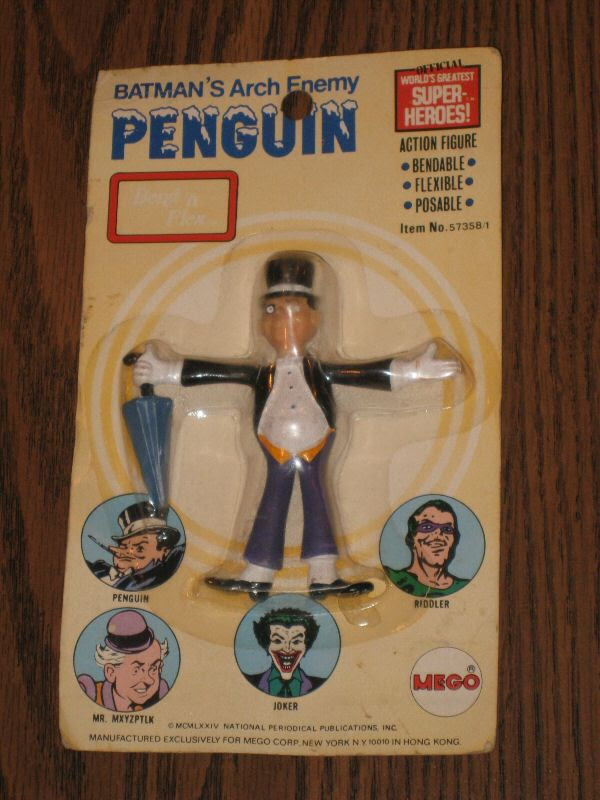 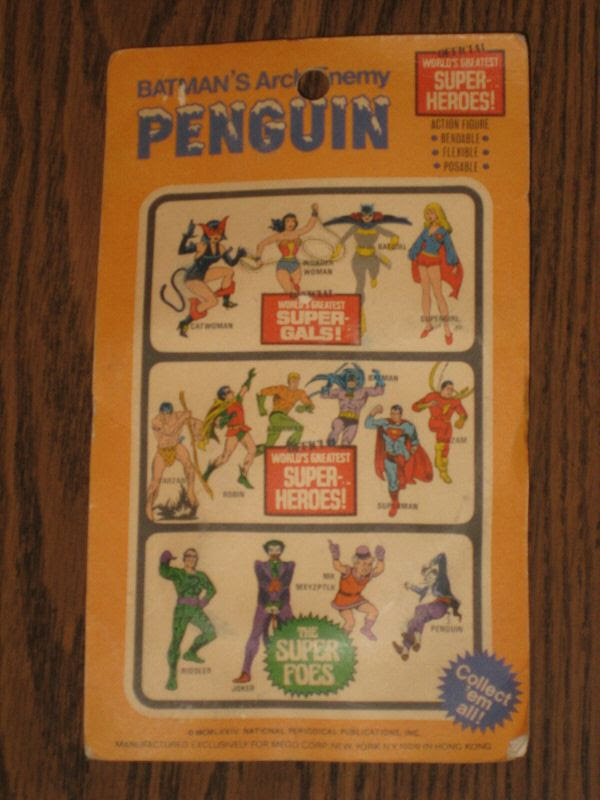 Back side of the Penguin card! 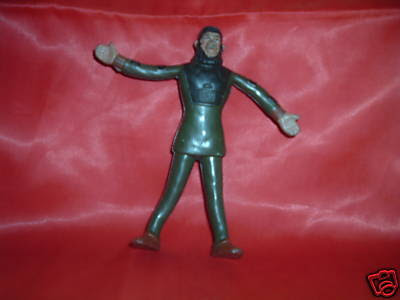 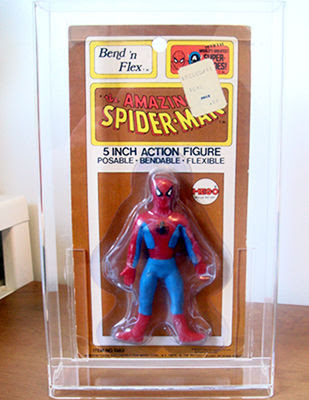 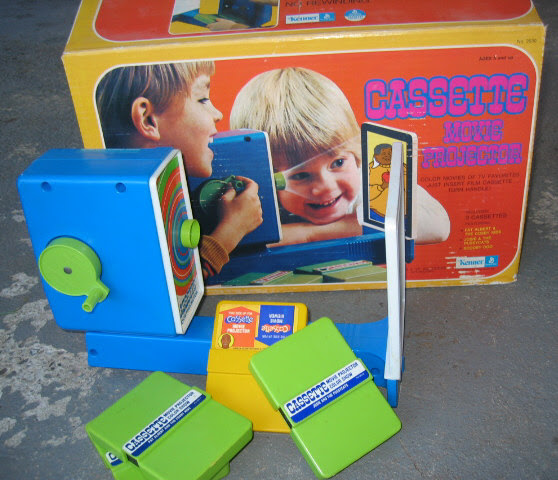 Next up, here's a Kenner Cassette Movie Projector! I have one of these myself, and one day I'll figure out how to create a decent video from the cassettes I have! 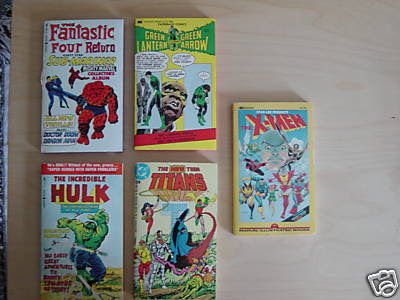 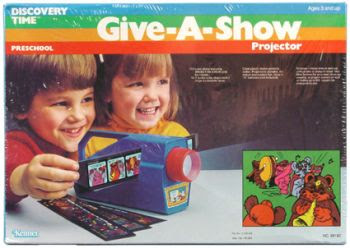 This Ewoks Give-A-Show Projector is here because I forgot to rename the photo, apparently! 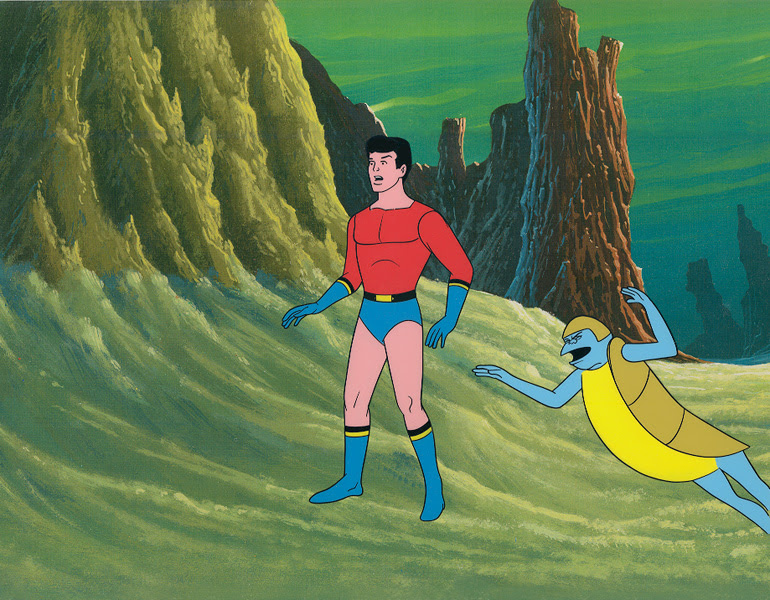 Now we're into the DC character stuff, beginning with this cel from the Aquaman cartoon! 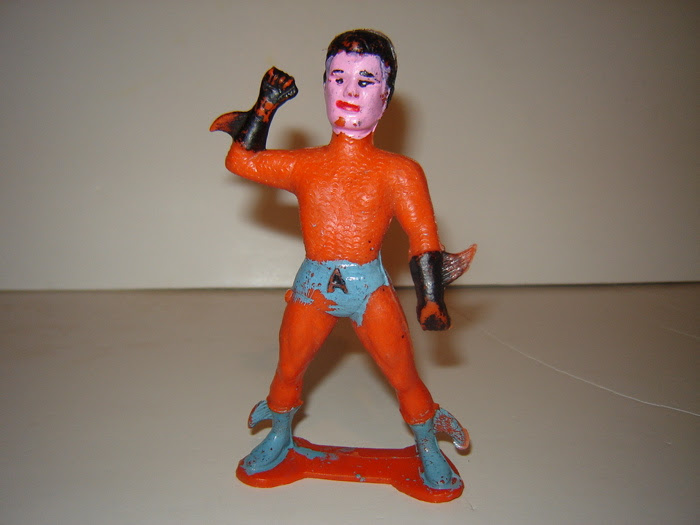 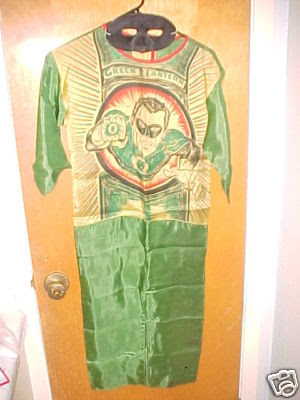 1965 Green Lantern Halloween costume! I had no idea this even existed!

Now, for a gallery of Gulliver DC figures from South America! 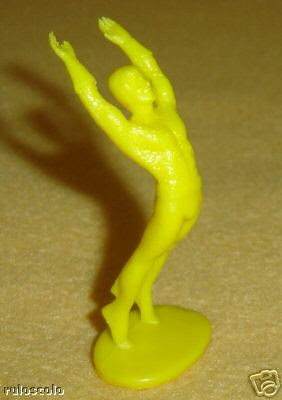 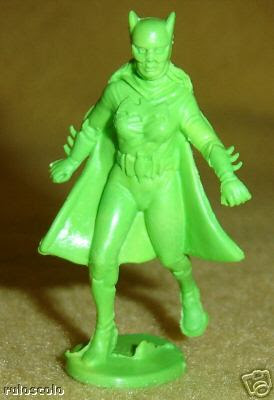 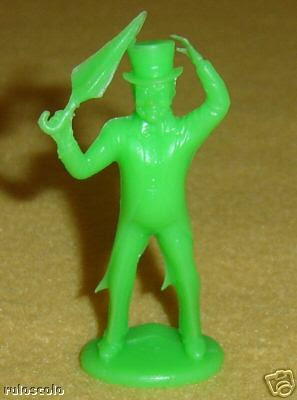 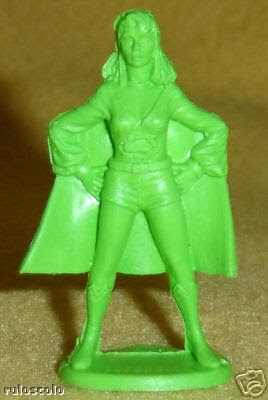 The Penguin and Supergirl! 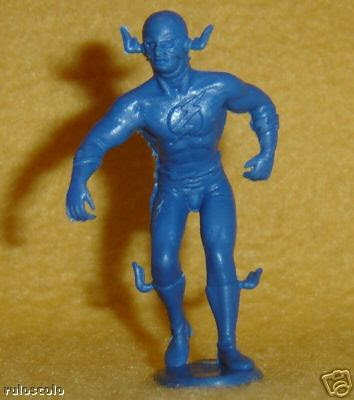 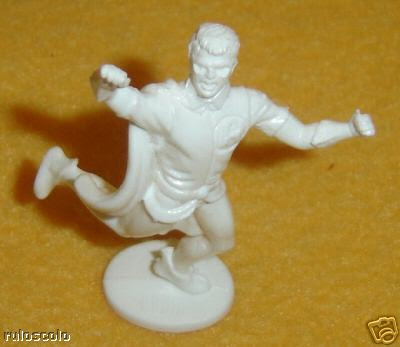 The Flash and Robin! 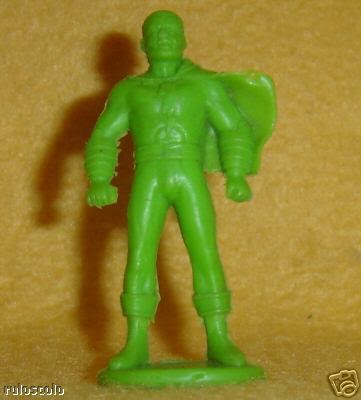 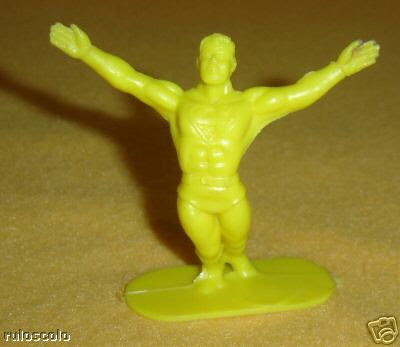 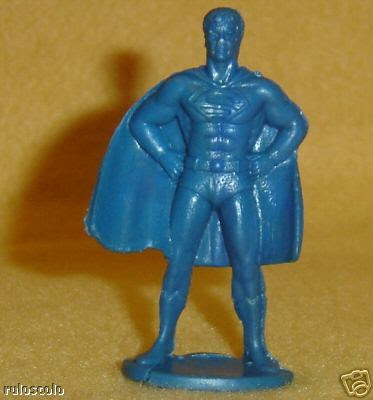 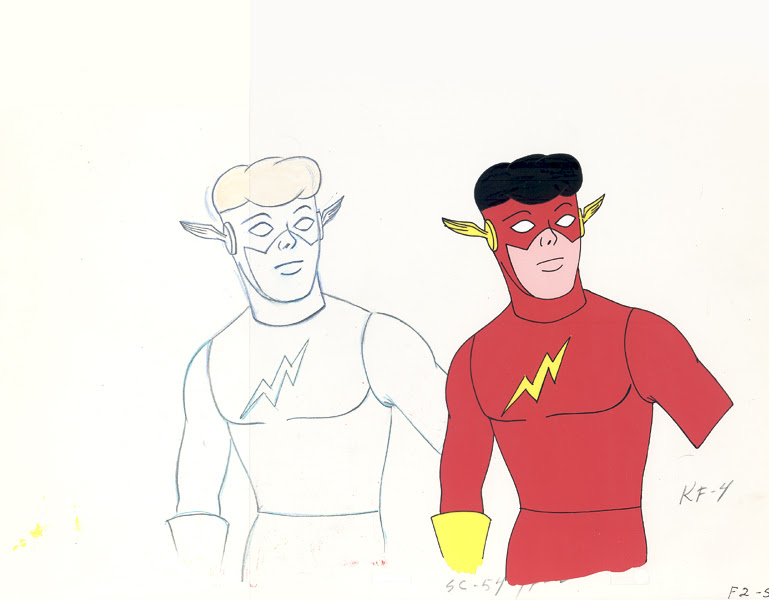 Kid Flash cel from Filmation's Teen Titans cartoons! I have no idea why they changed the coloring, either! 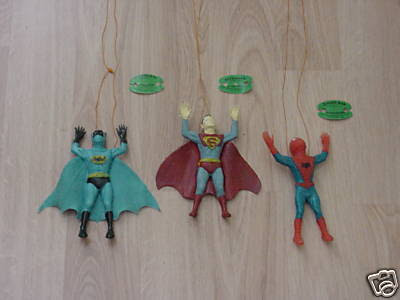 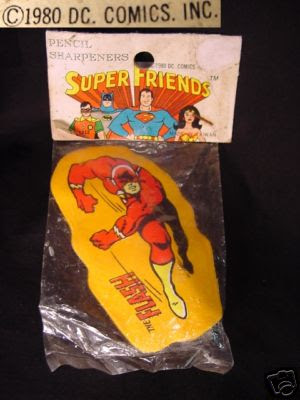 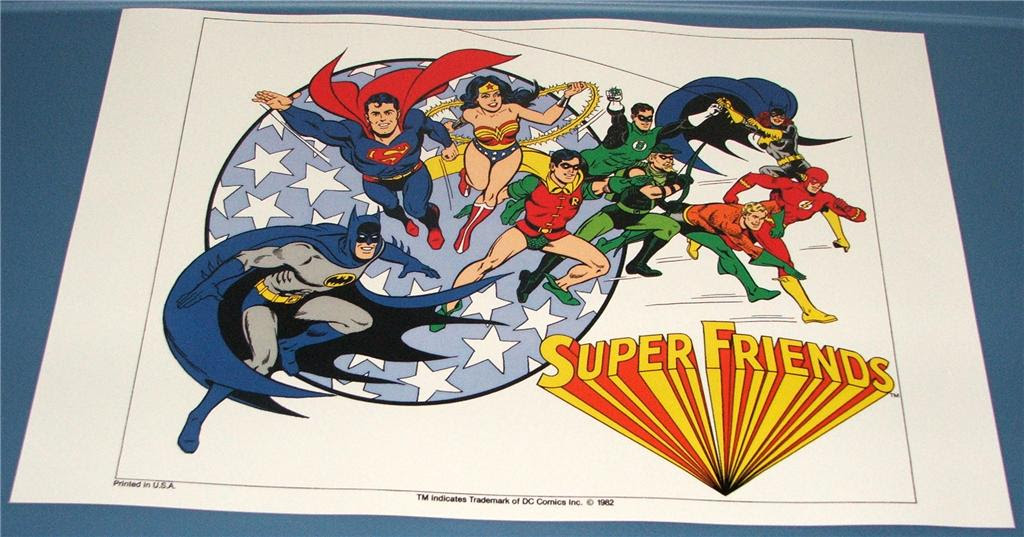 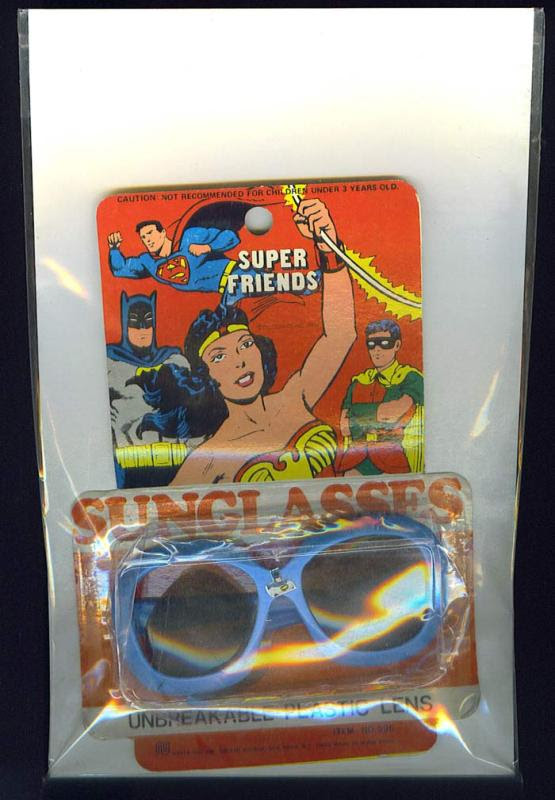 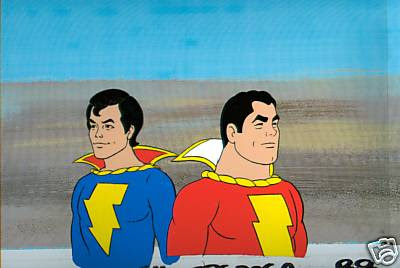 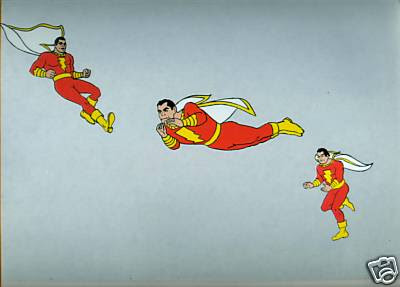 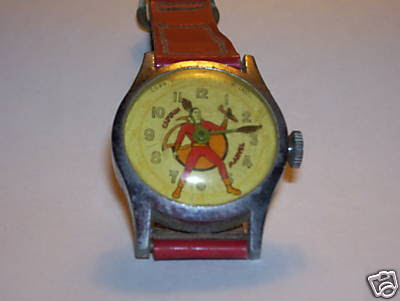