It's Monster Monday, time for some mummies! 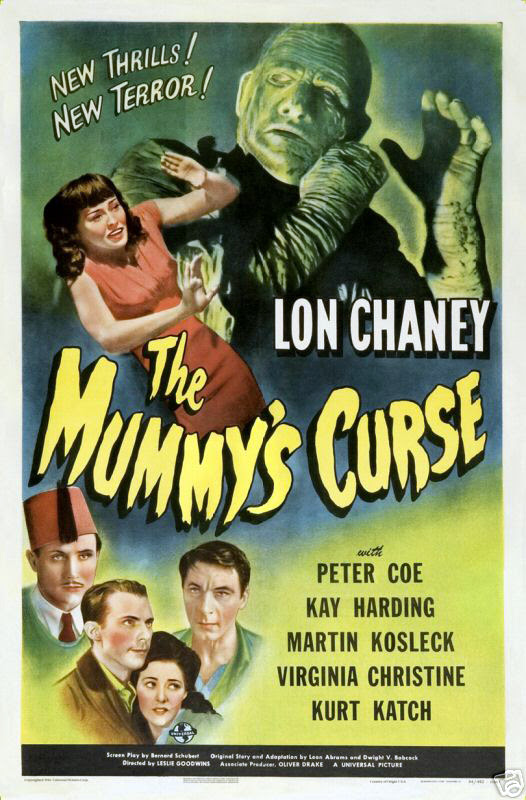 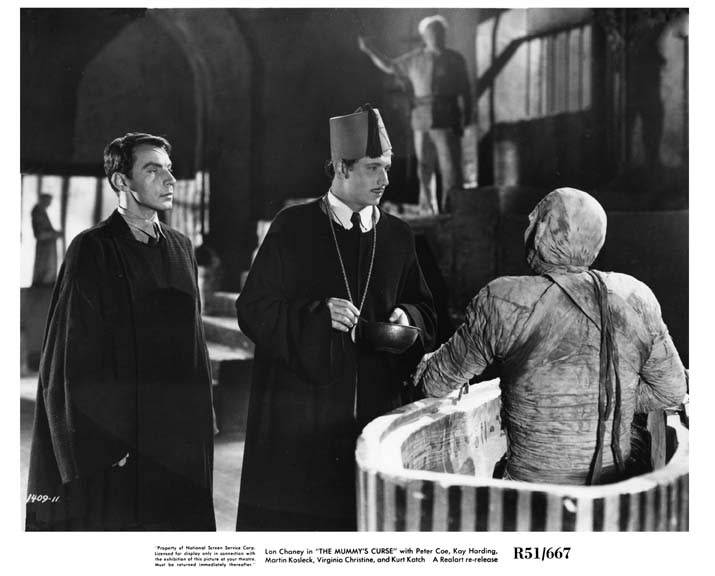 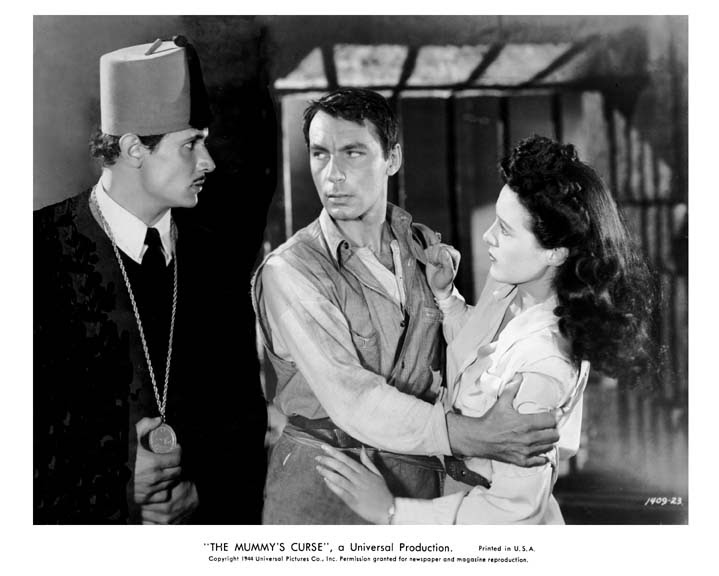 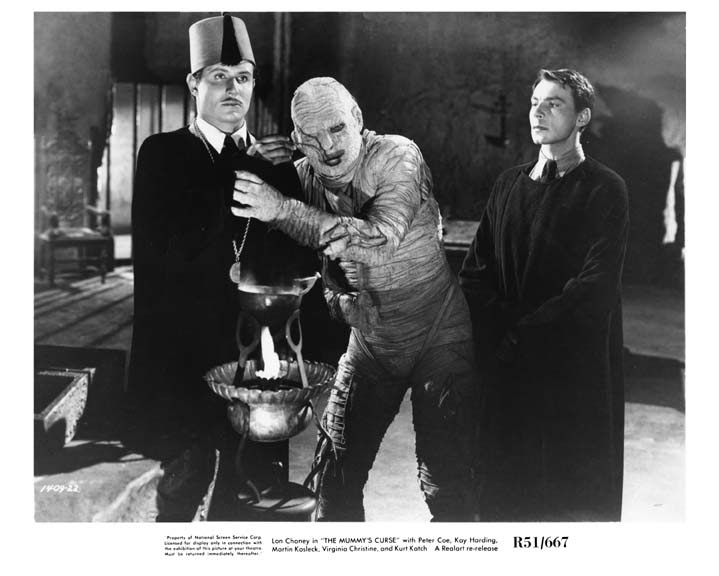 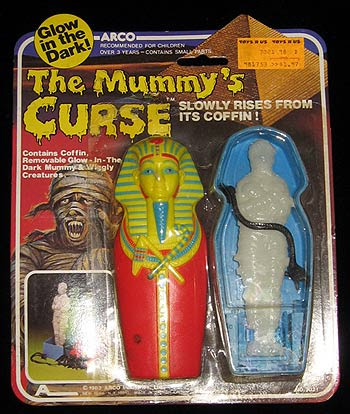 Mummy's Curse toy from the 80s! 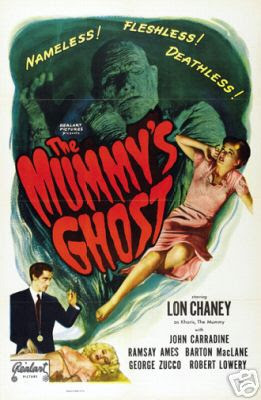 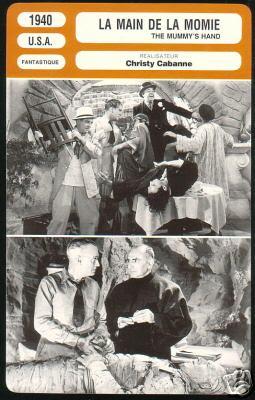 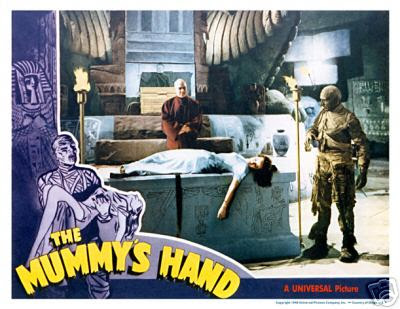 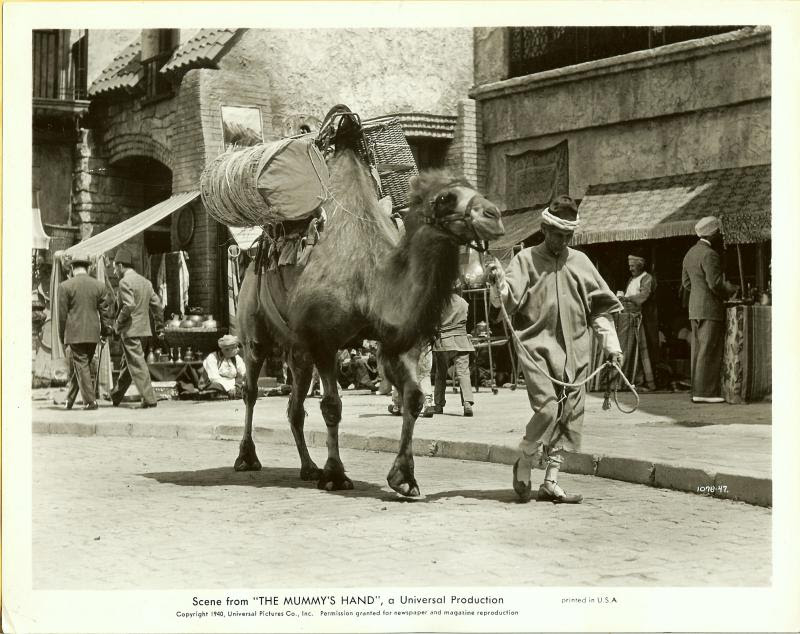 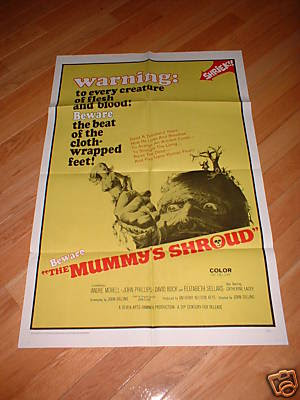 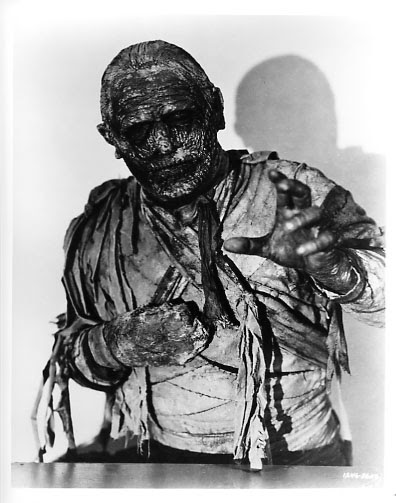 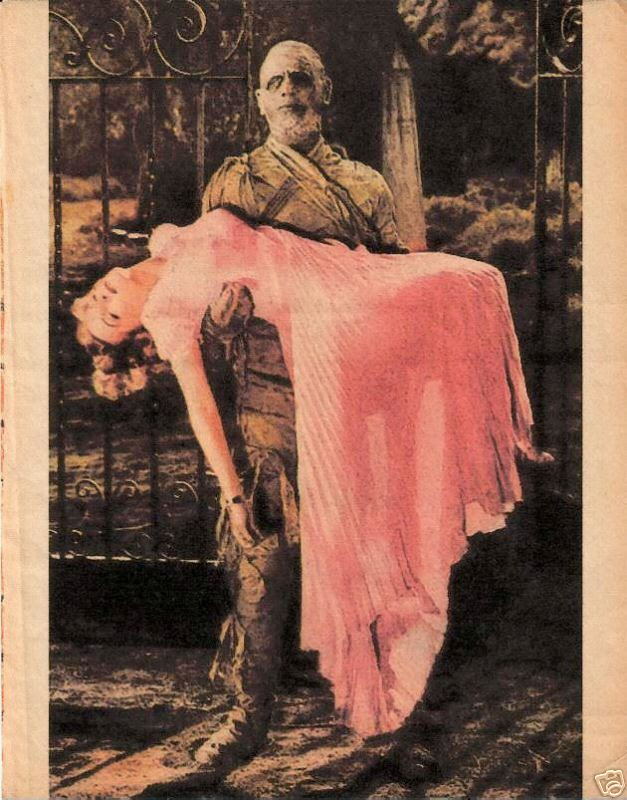 That wraps up the Mummy stuff for this volume of photos... and now, onward through the alphabet! 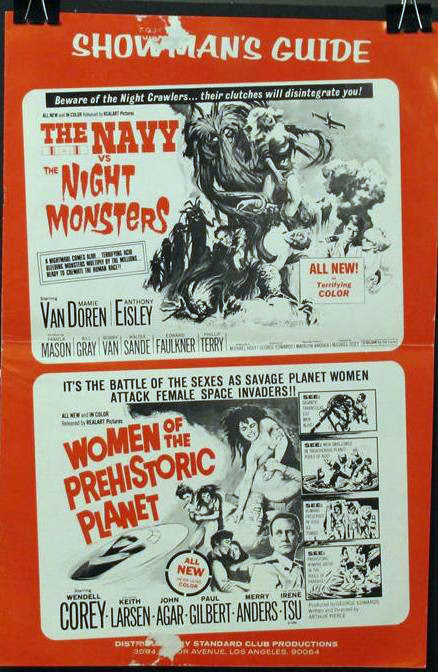 Navy Vs. the Night Monsters/Women of the Prehistoric Planet pressbook! 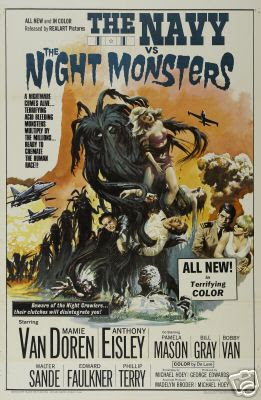 Navy Vs. the Night Monsters poster! 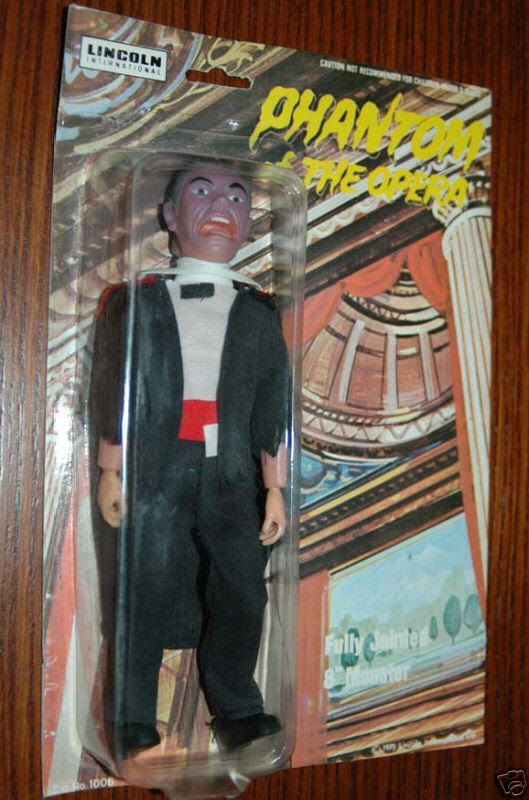 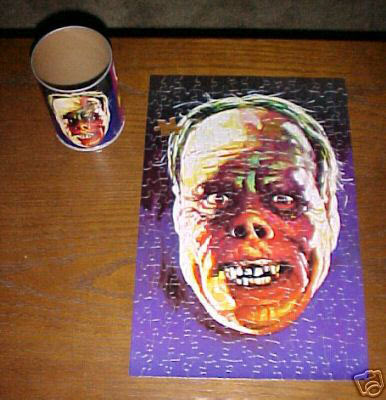 Phantom of the Opera oil can puzzle! 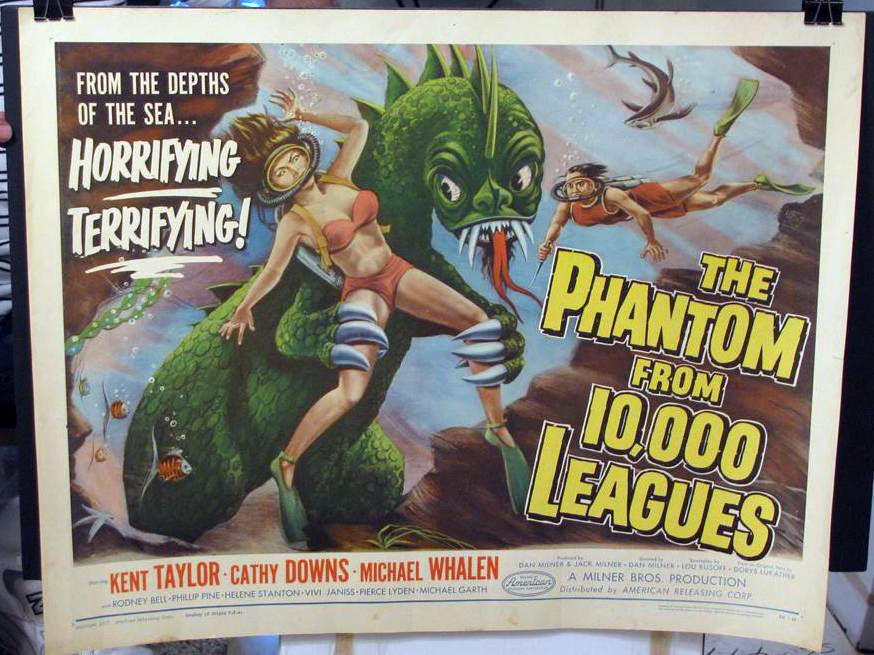 Skipping over a few items, because they're already appearing in "Movie of the Week" features this month... 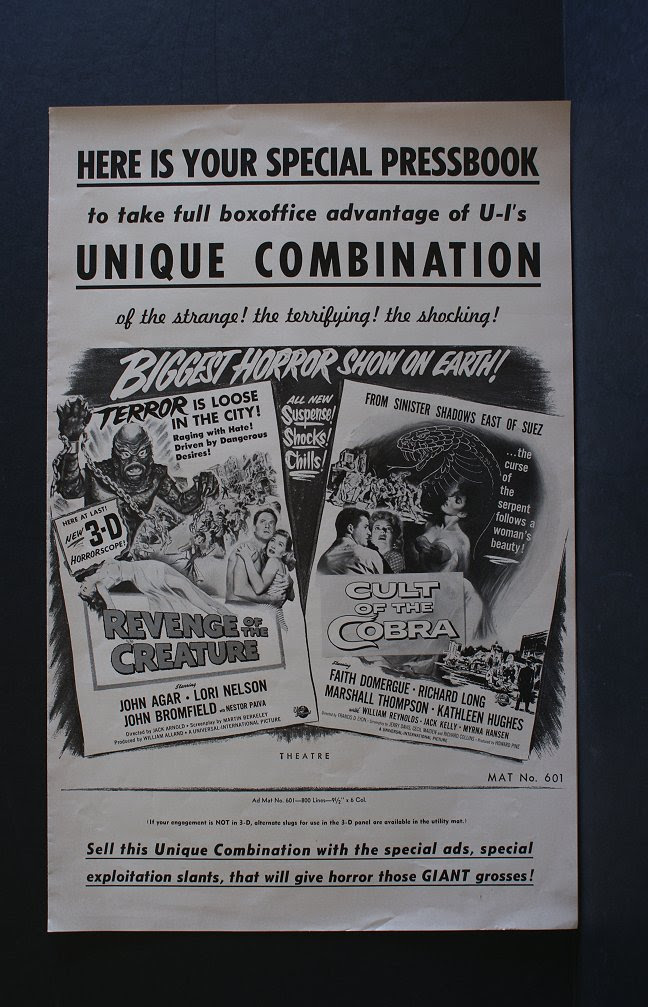 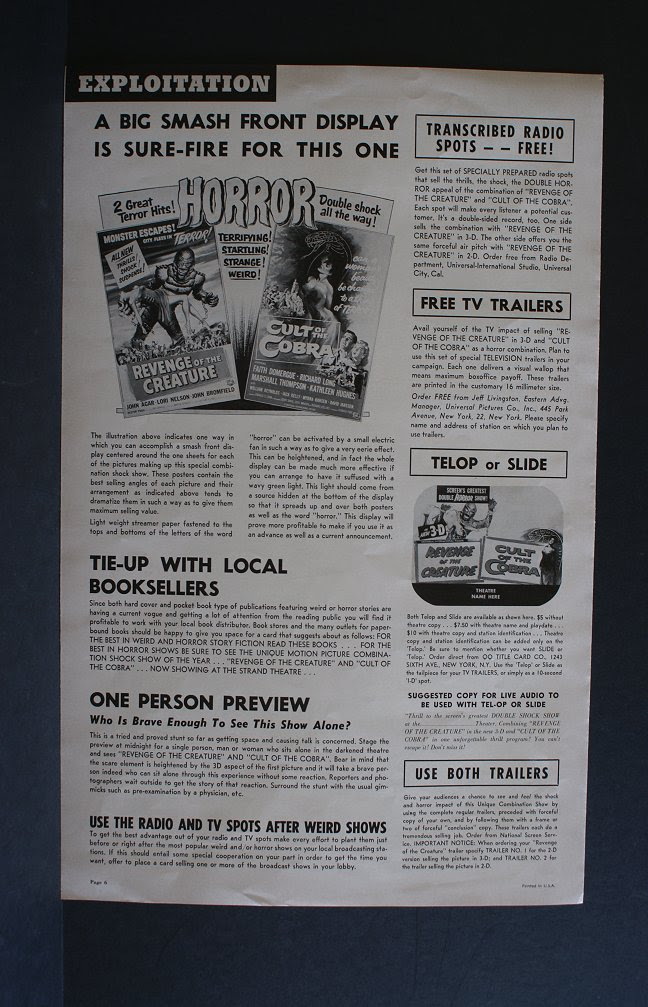 Revenge of the Creature/Cult of the Cobra pressbook! 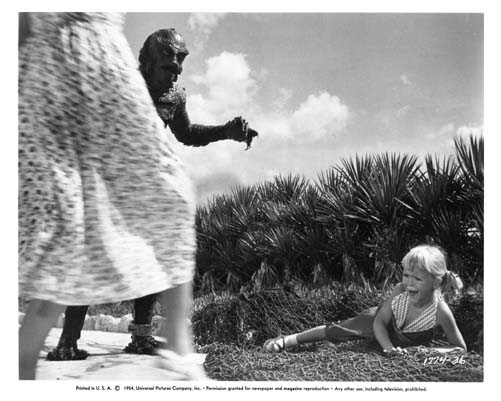 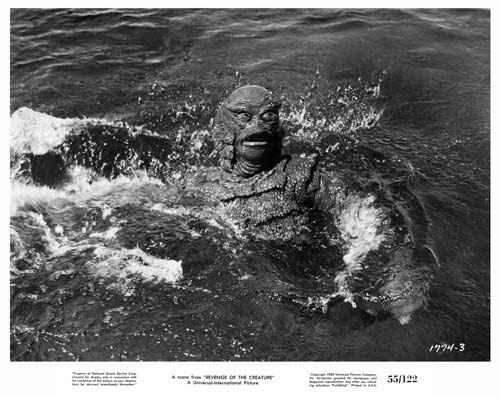 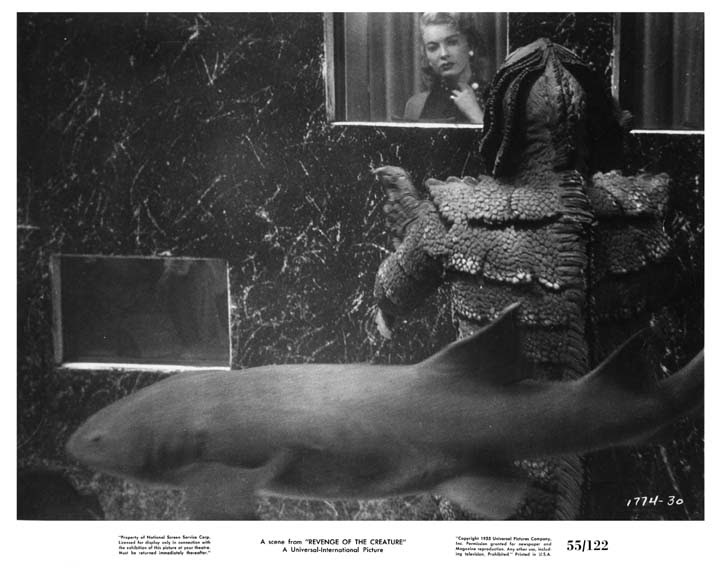 Revenge of the Creature stills! I'd imagine this will be a Movie of the Week feature for October sometime! 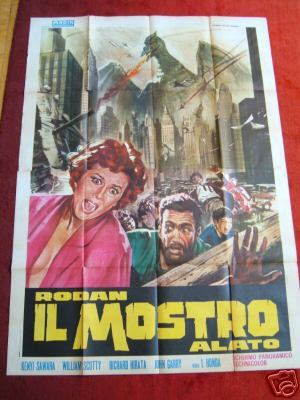 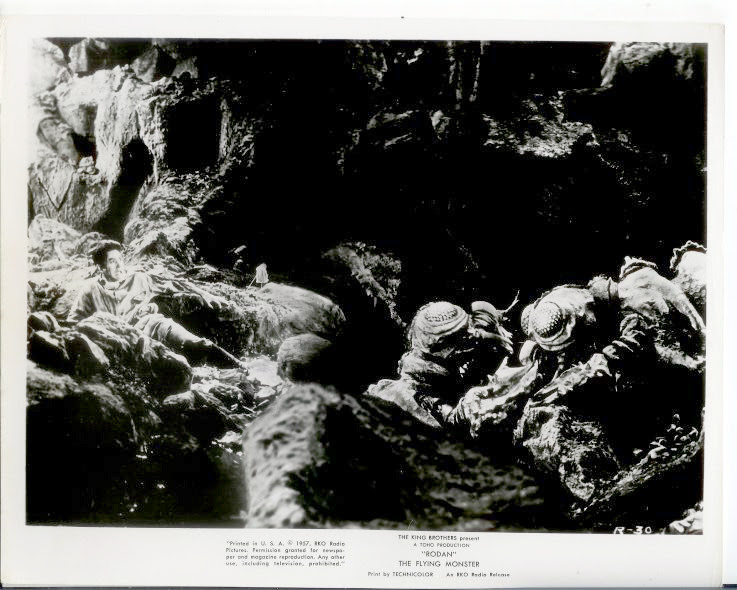 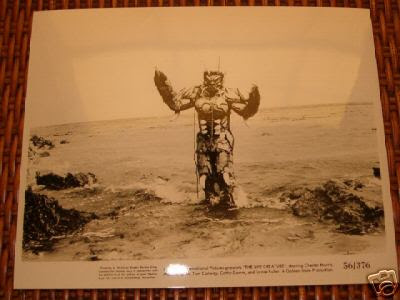 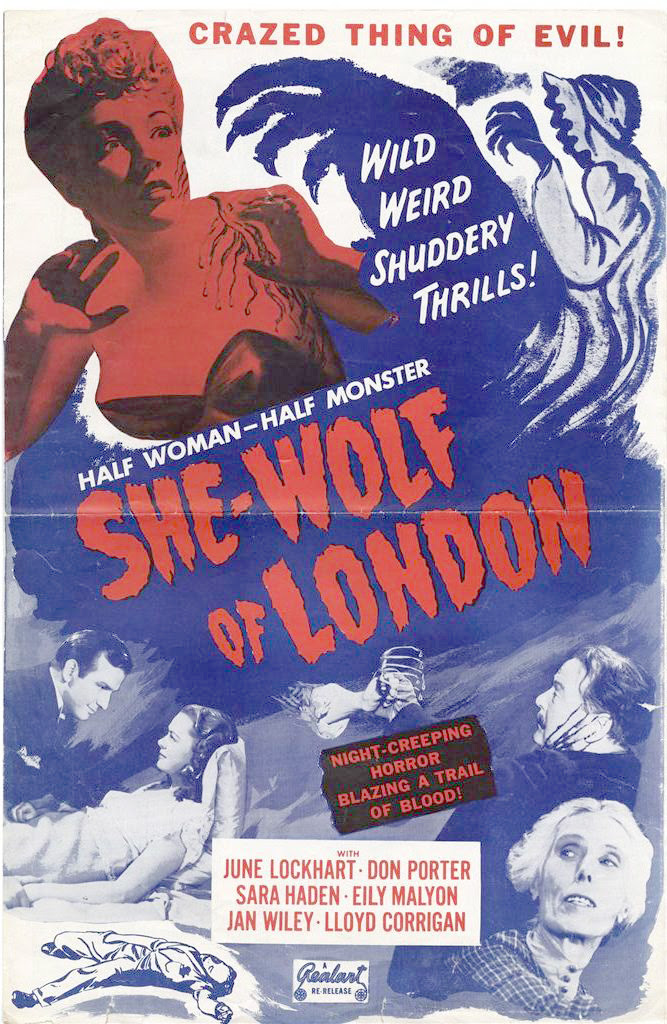 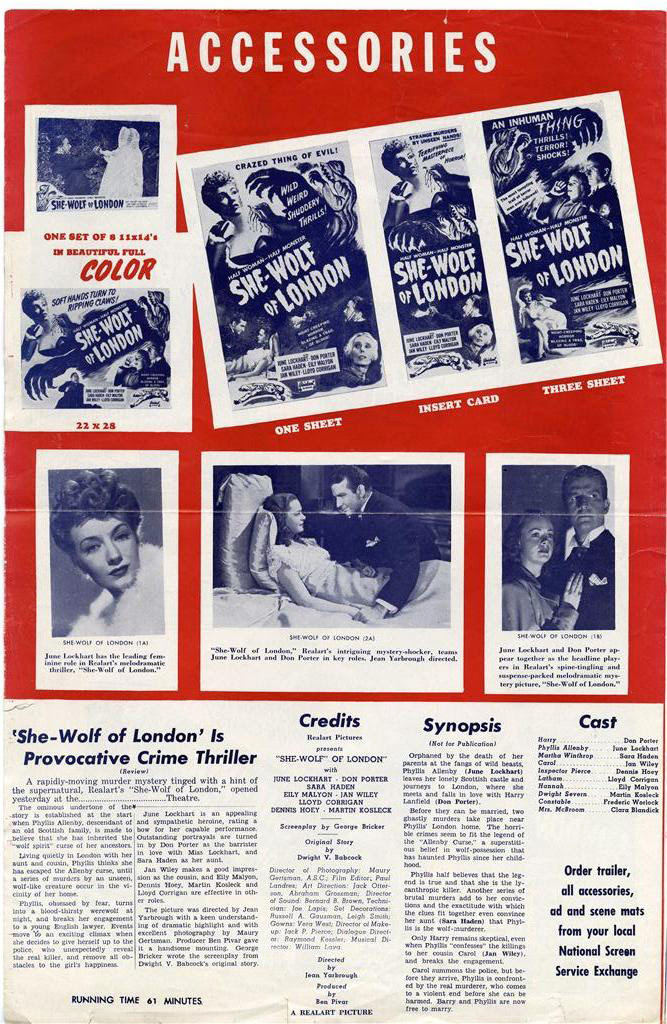 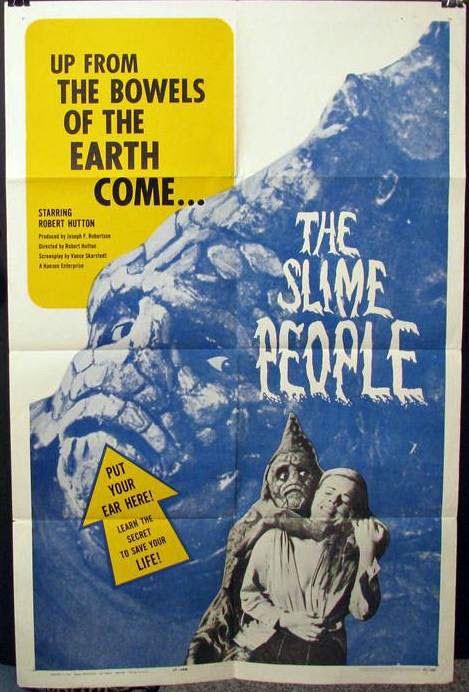 And I think that'll do it for this week's Monster Monday! There'll be more next Monday, as part of the annual Countdown to Halloween, although I haven't decided yet if this year's Countdown will include the Monster Mondays On Friday bonus posts or not! Stay tuned...
Posted by Jon K at 12:01 AM