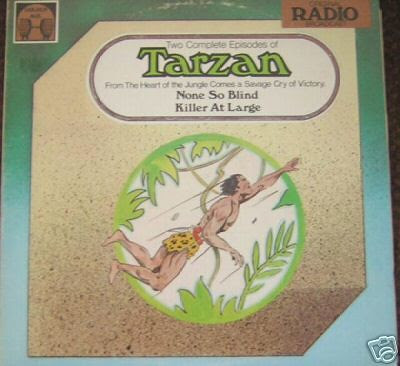 First up this go-round is this LP of Tarzan radio shows, but there's much more after the jump (although no more Tarzan items, I'm afraid)... 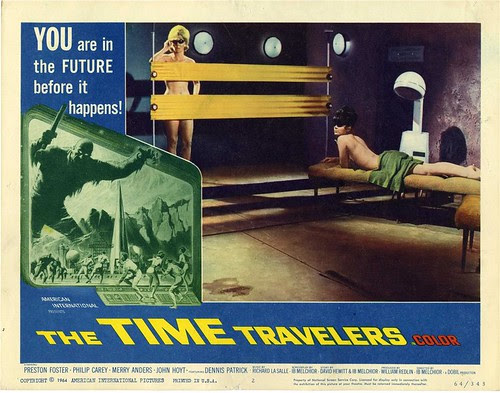 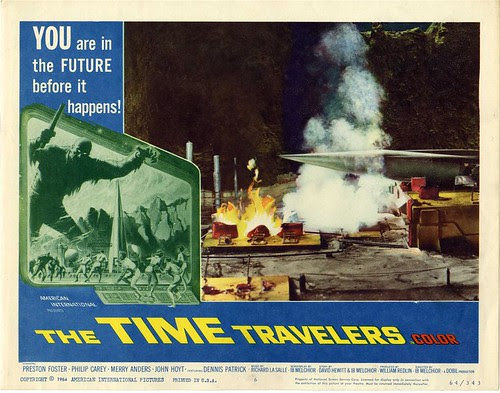 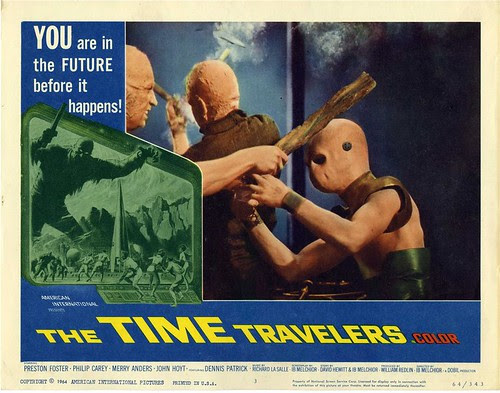 A quartet of lobby cards for "Time Travelers"! I don't believe I've ever seen this one... 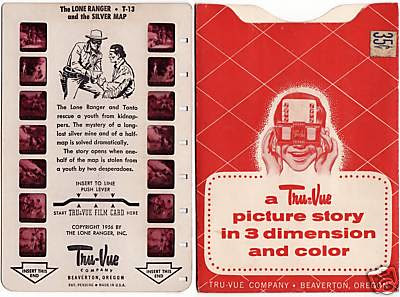 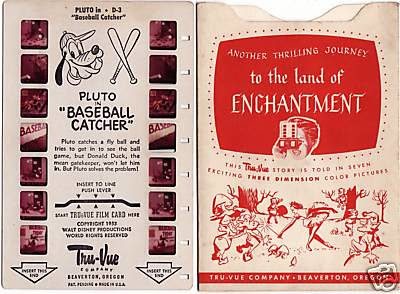 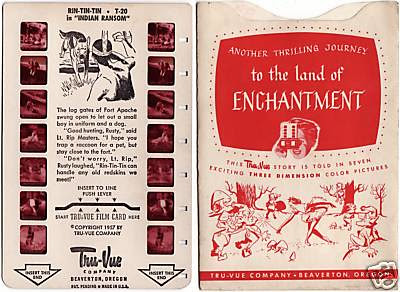 From 1953, here's three TruVue slide cards, featuring the Lone Ranger, Pluto, and Rin Tin Tin! From what I've been able to gather, TruVue was an early rival of View-Master, although it was later absorbed into the View-Master "empire" (which has since started crumbling big-time). 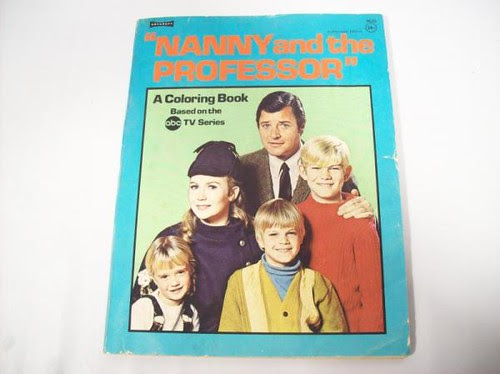 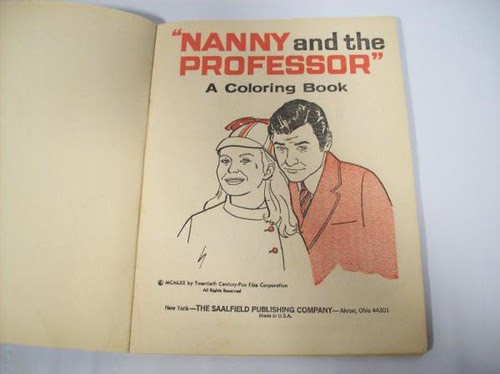 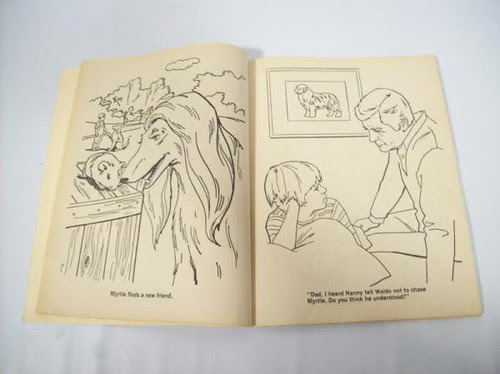 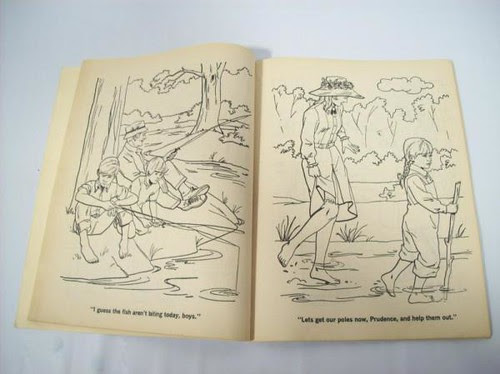 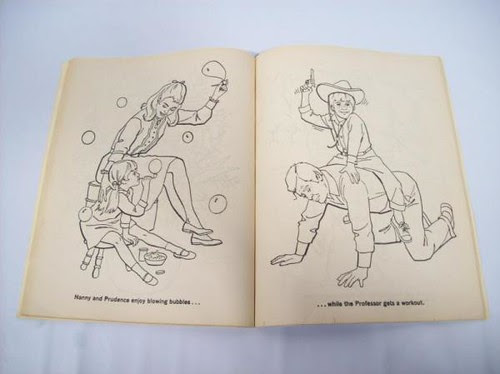 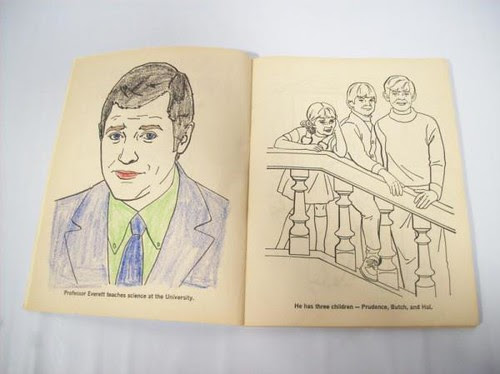 Nanny and the Professor coloring book! Why wasn't it with the "N" stuff? Because I labeled this "TV," forgetting how I'd named the paper doll book from a few weeks' back. 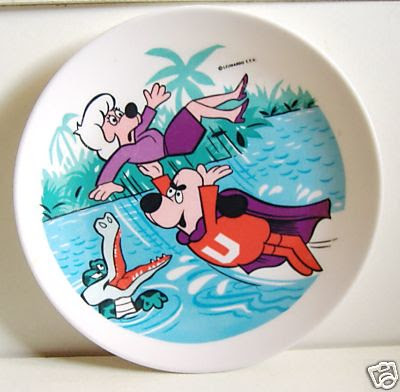 I must say, I do like this Underdog plate! 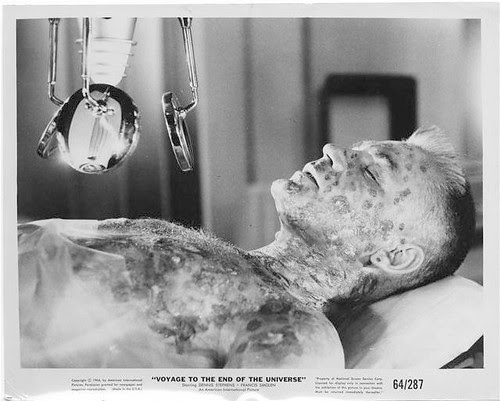 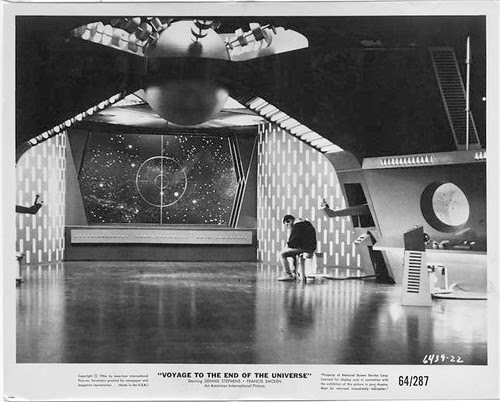 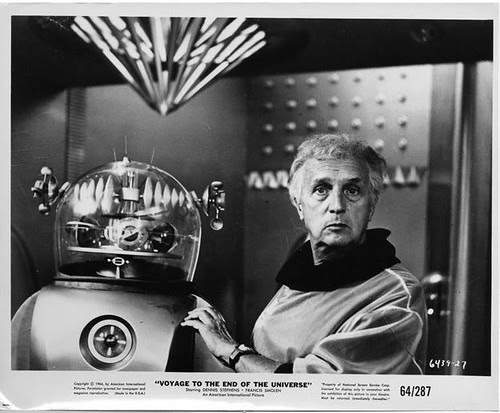 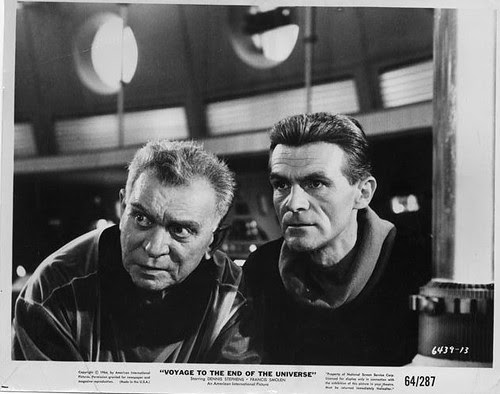 "Voyage to the End of the Universe" stills! 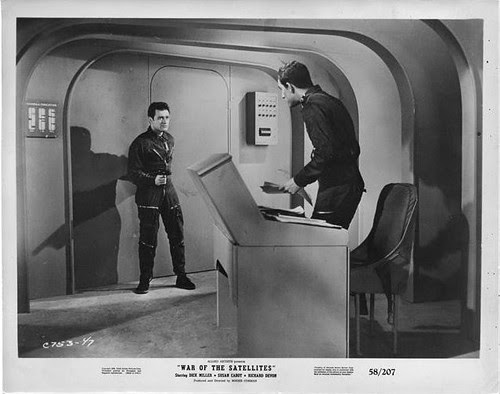 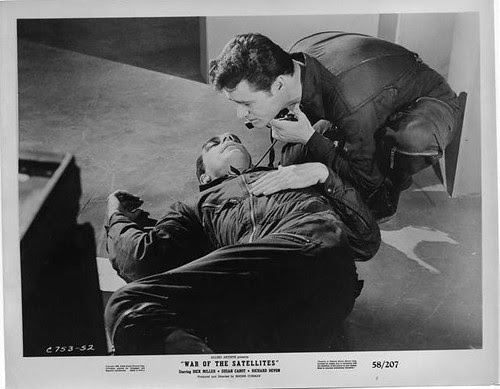 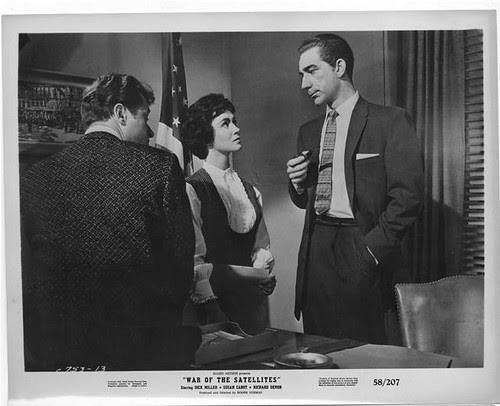 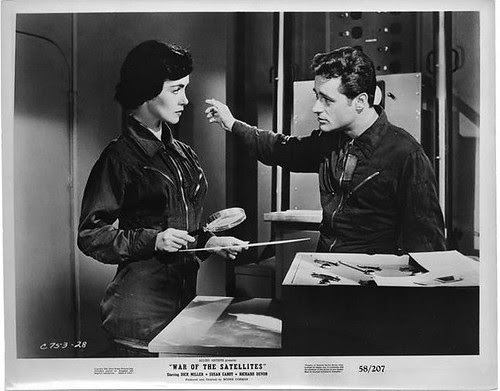 "War of the Satellites" stills! 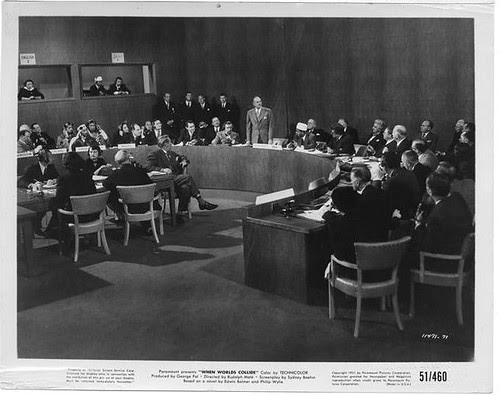 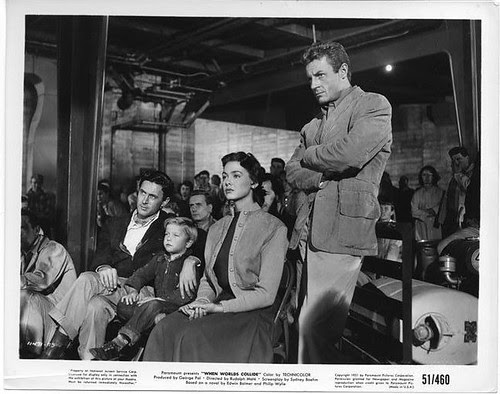 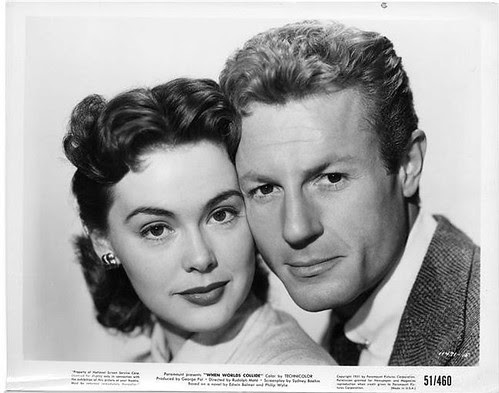 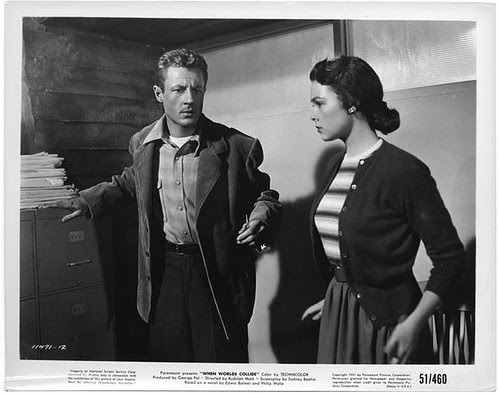 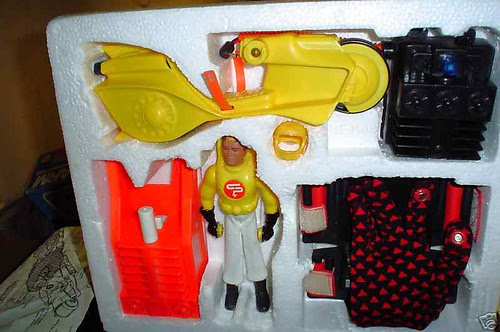 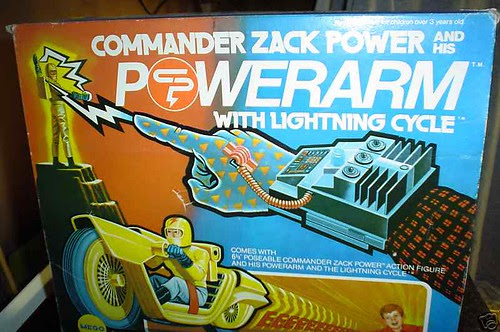 And we wrap up this installment (and this volume of photos) with Zack Power and his Powerarm! Until I came across this auction, I'd never heard of this item, but it looks pretty cool!

Next time: Volume 14 of my cool stuff photo files, with 2,250 photos to start sharing with you!