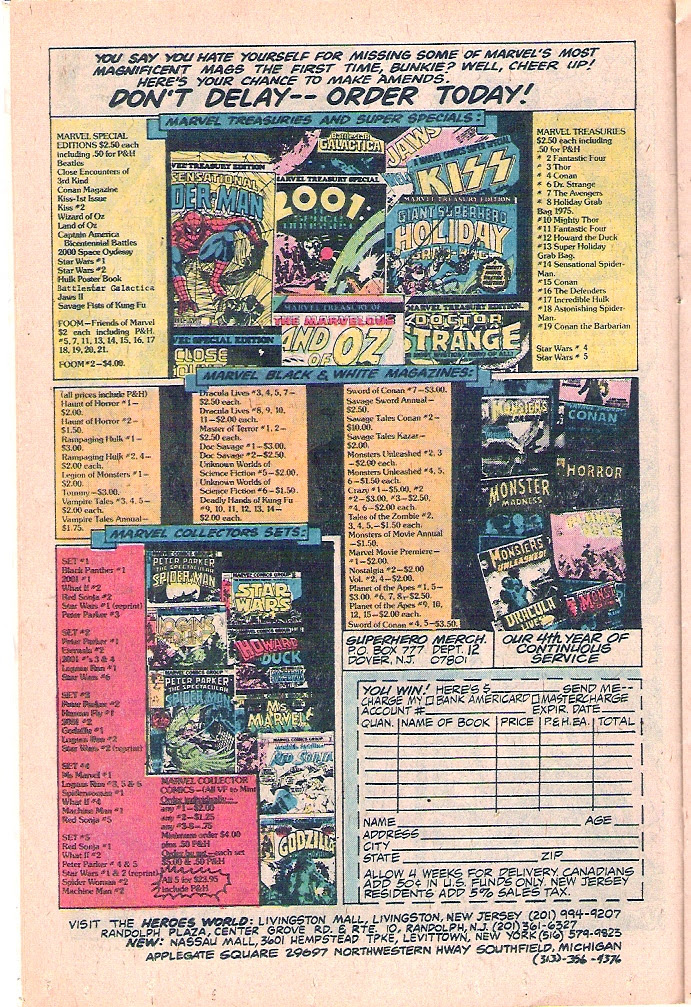 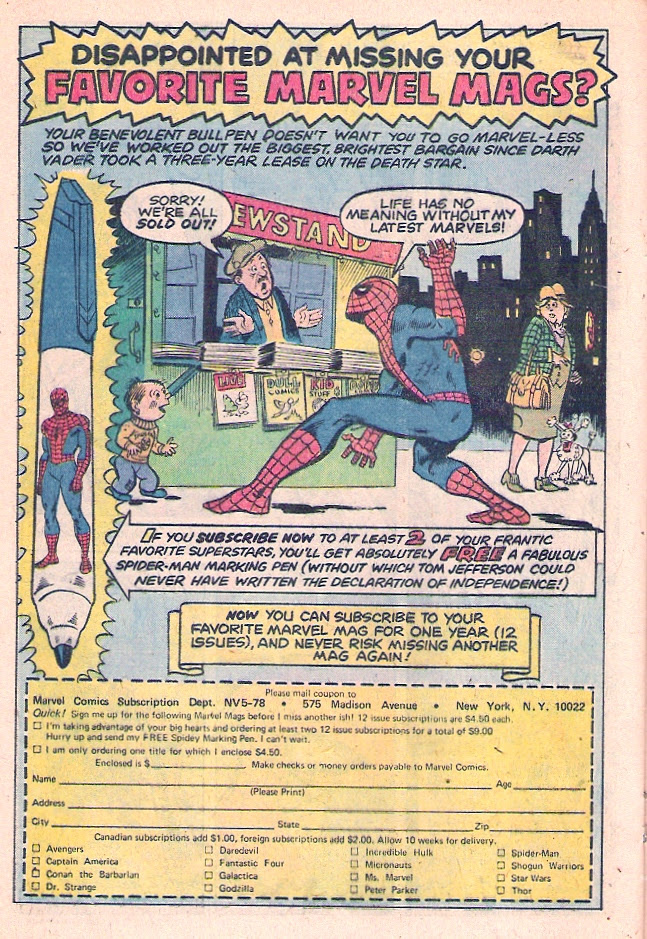 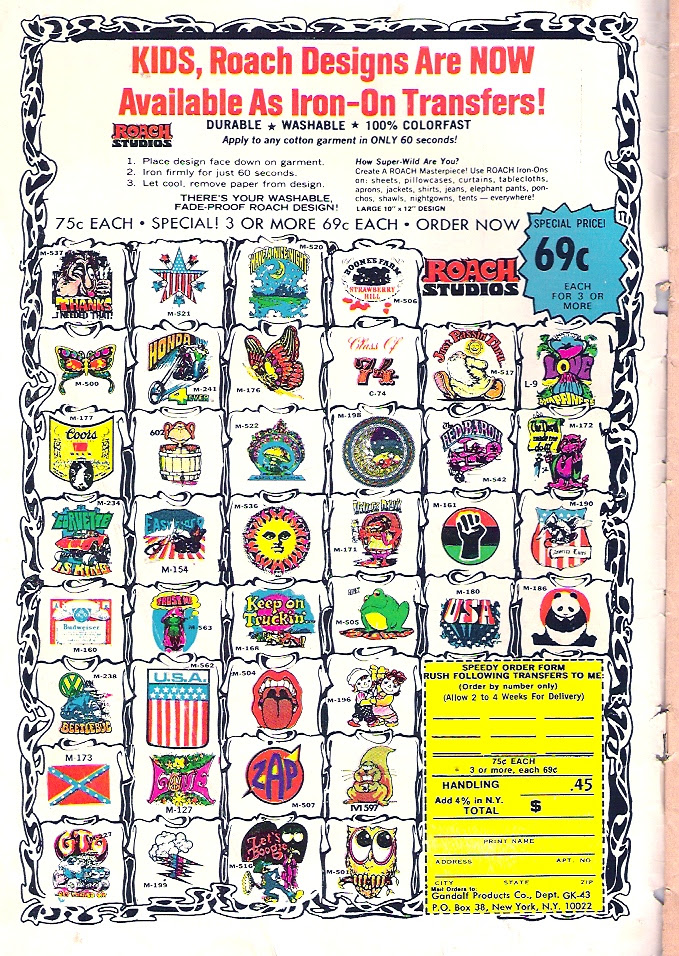 And for the third ad this time around, here's something from 1974 Gold Key comics, I forget which month. These iron-on transfers of Roach Studios designs are another thing that looks like an amazing bargain, eh? I have to admit, none of these look particularly interesting to me right now!
Posted by Jon K at 12:01 AM