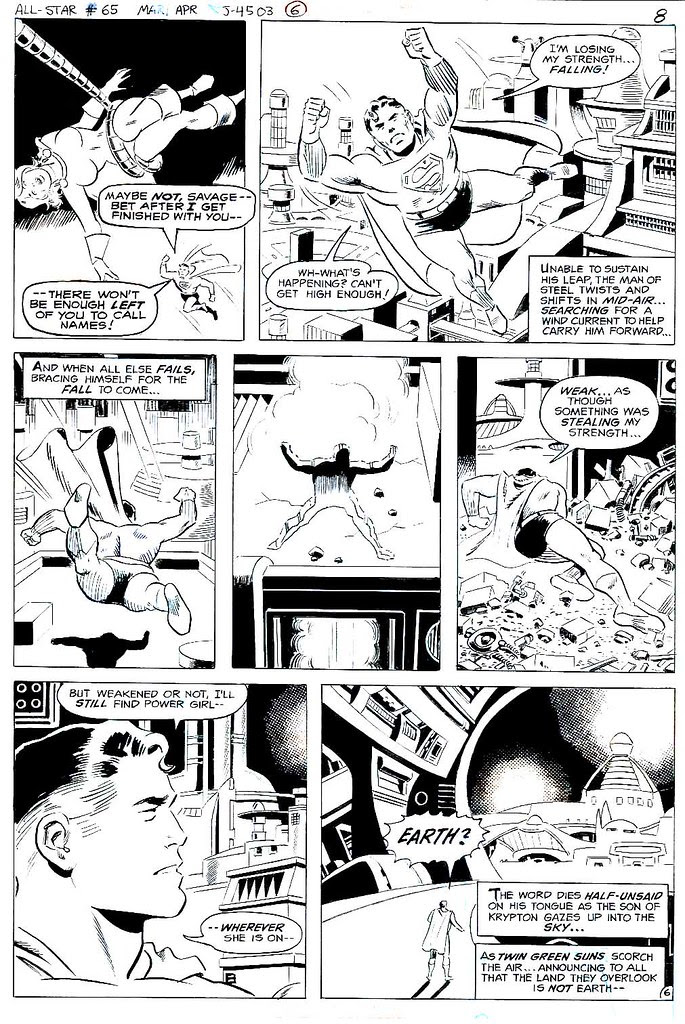 This installment starts off with page 8 from All-Star Comics #65, by Wally Wood!

Movie of the Week: Conquest of the Planet of the Apes!

Yes, I've finally gotten to another movie in the alphabetical run that can be a post in and of itself!

Email ThisBlogThis!Share to TwitterShare to FacebookShare to Pinterest
Labels: genre movies, movie of the week, planet of the apes

Looks like I may be scraping the bottom of the barrel at this point, eh? 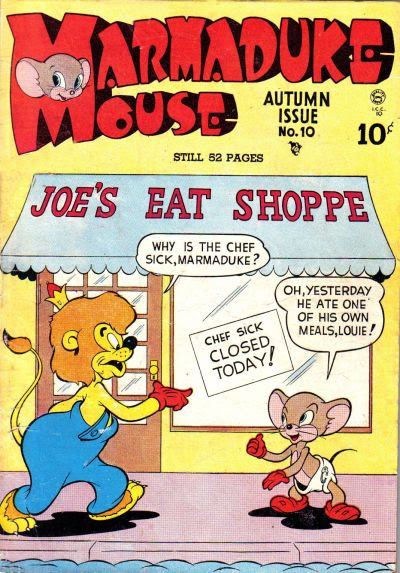 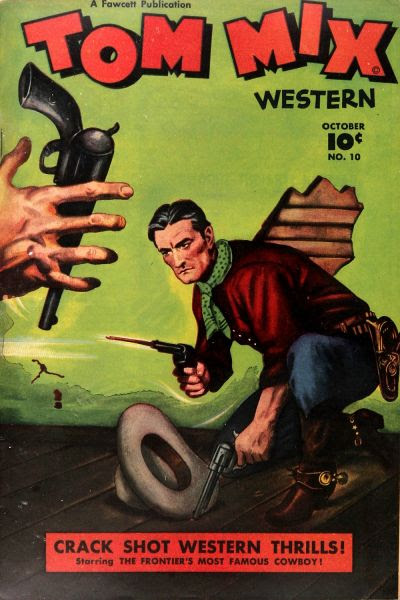 About all I know about Tom Mix is that he's a cowboy hero, and that Harvey Kurtzman's first published work was a panel showing how Tom got out of a fix he was in... so here's issue 10's cover!

When we last left off, He-Man discovered that the Lady Irena had been replaced by an impostor who had put the royal family to sleep with an enchanted harp! 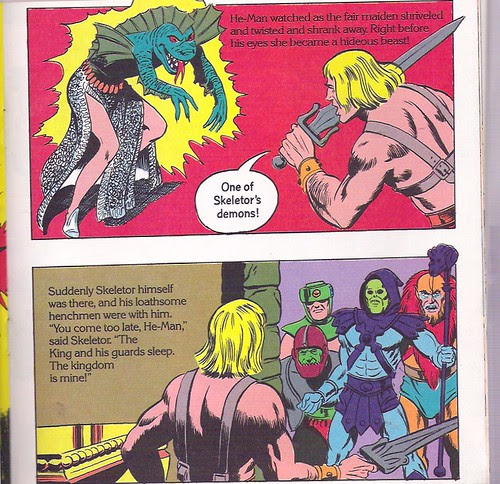 Audio Interview with Joe Johnston Re: The Captain America Movie!

Edd Gross has conducted an audio interview with John Johnston about the forthcoming Captain America movie! You can listen to it here.
Posted by Jon K at 6:42 AM 2 comments:

Things You Always Wanted to Know About Monsters... But Were Afraid To Ask, Part 7!

Yep, time again for another installment! 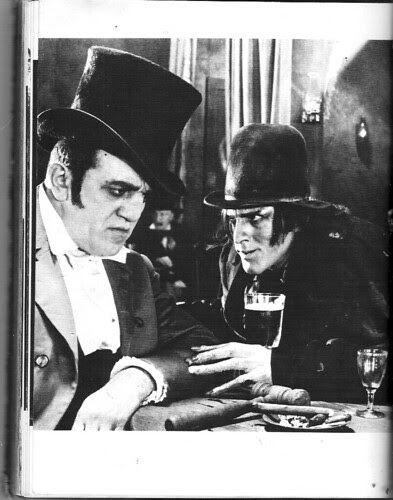 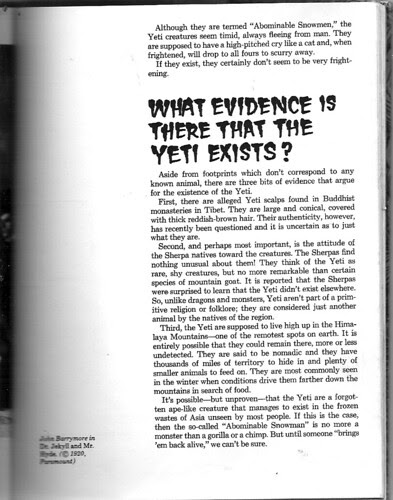 A scene from the John Barrymore version of Dr. Jekyll and Mr. Hyde! More after the jump!

Should be able to finish the rest of these today... first up, some Mexican Lobby Cards for the 1967 Batman movie! 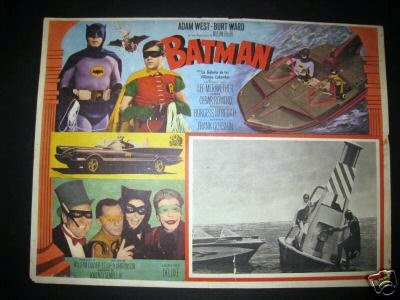 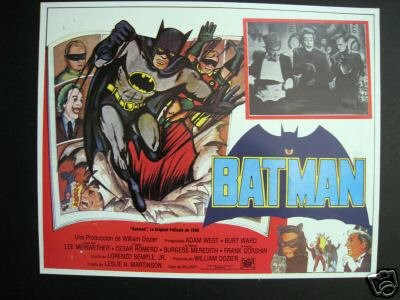 As we continue with the second hundred issues of Tarzan by the 10's, we have one more photo cover -- perhaps the last before Ron Ely! 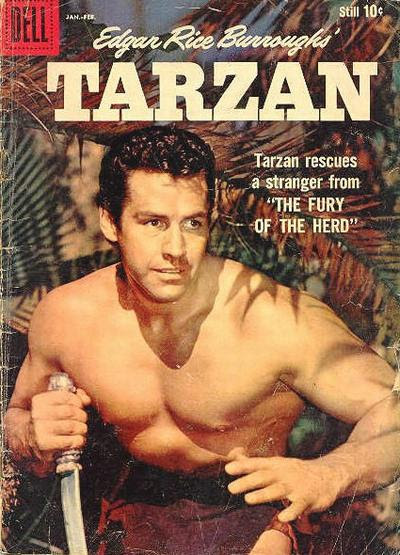 Issue 110 - I don't think this is Lex Barker on this cover, anyone know who it is? 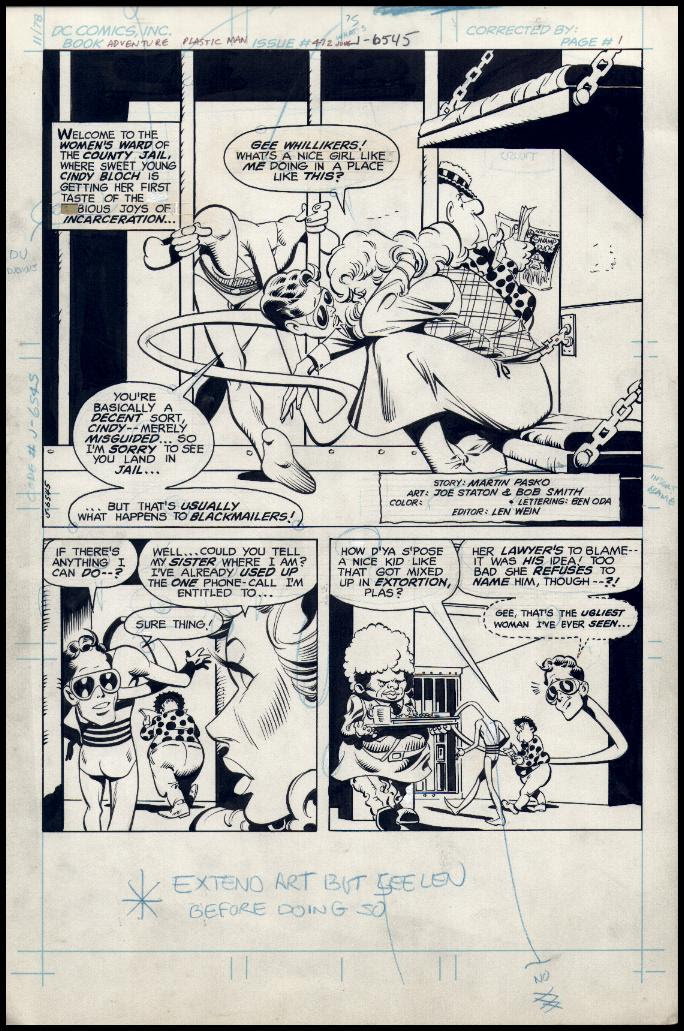 First up this time around is page 1 from Adventure Comics #412, by Joe Staton! 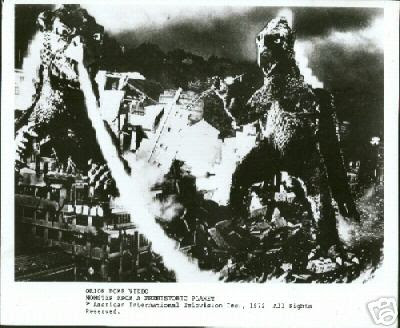 You know him, you love him... ladies and gentlemen... Gappa, the Triphibian Monster! More after the jump!

This digest is taken from "House of Frankenstein".

As promised, it's time for another Masters of the Universe book on Children's Book Theatre, and this may be the last one I have to share (and there was much rejoicing by those of you who don't care for them)! 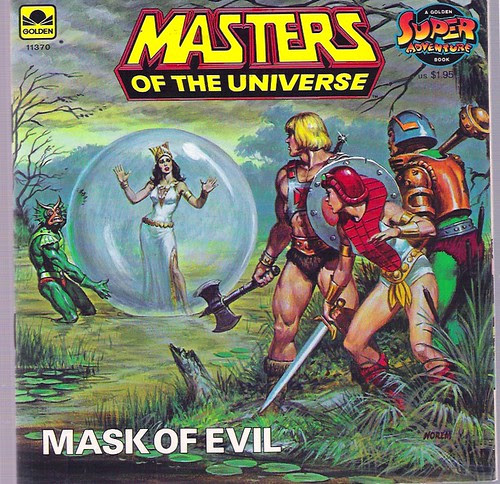 Probably the first of several posts of Batman stuff, given the sheer volume of it... and some of these may have already appeared in my Batcave Trophy Room blog! 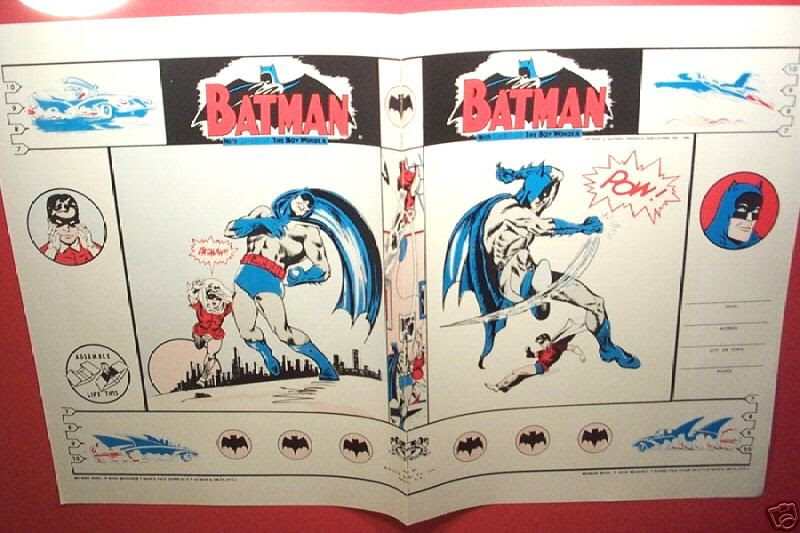 Book cover from 1966... kind of an odd image for the back cover, isn't it? Nice use of the two limited colors they added to black, but I have to wonder why they didn't pop for yellow along with cyan and magenta? More after the jump! 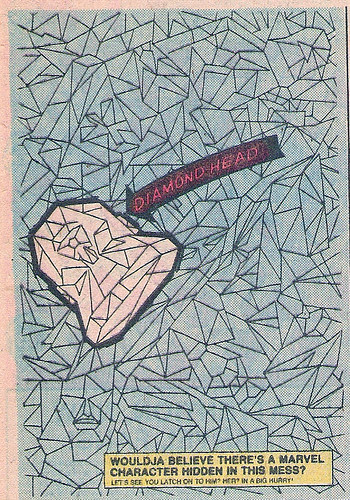 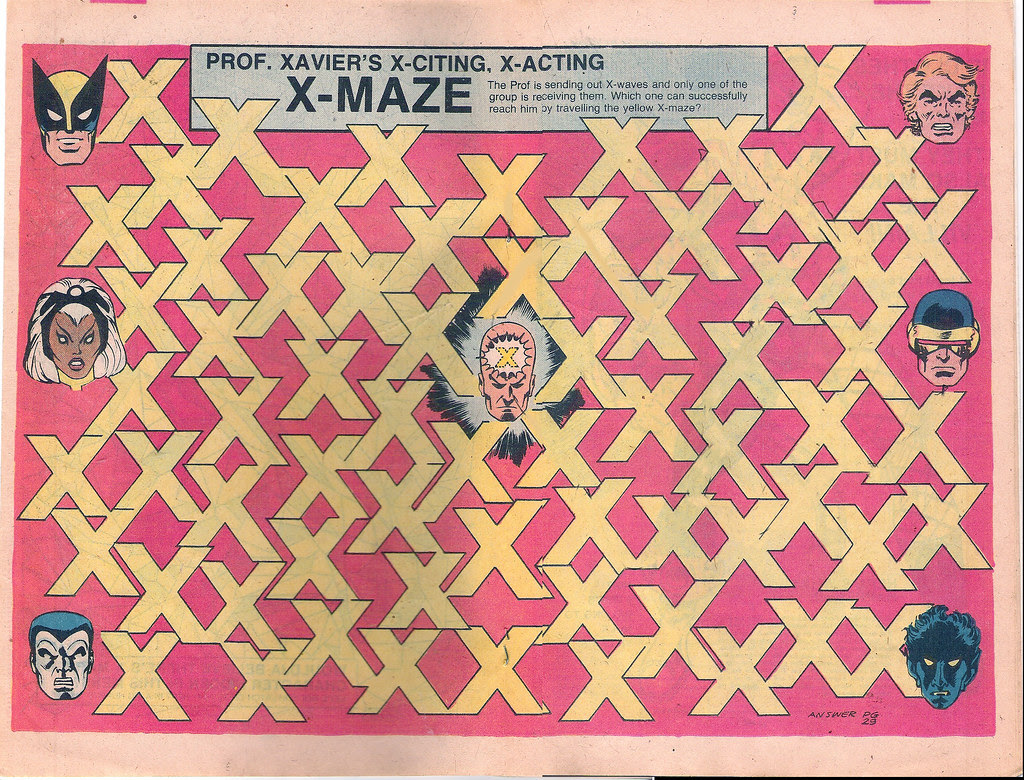