So, when last we left off, Bugs and Porky discovered an ancient Viking in suspended animation, awakened him, and discovered that the Asgardian Gods would let Baltar (the Viking) go to Valhalla if he performed a great service for many! Baltar impressed Bugs and Porky into his service to complete this quest! And now, Chapter 2!

Movie of the Week: The Mummy's Ghost!

I do hope you aren't burned out by Bat-Stuff by this point!

First up today is this lobby card from the 1967 Batman movie, and there's more after the jump!

Time for more of that DC licensing art by Mike DeCarlo!

Mr. Miracle! More after the jump!

There's no Poindexer or Bag of Tricks to be had on these covers... at least, I don't think so! This version of Felix pre-dates the made-for-TV cartoons, but isn't quite the original Felix, either! You'll notice this one jumps publishers quite a bit, too!

Issue 10! more after the jump!

Time to look at the next article in Monster World Magazine #5!

This week, the article is entitled "Dracula's Victim Dies," and it's a tribute to Helen Chandler, who (obviously) had passed away prior to this issue going to press. The rest of the article follows after the jump!

Random Videos of Geekery: Superboy in "The Great Kryptonite Caper"!

The adventure starts after the jump!

By the 10's: Walt Disney Showcase!

And it's the last of the Disney comics! As the title suggested, it was a showcase for various Disney properties, although many of the issues were movie adaptations!

Issue 10 -- I have no memory of even hearing about this one! More after the jump!

I hope this doesn't get taken down before this post is scheduled to appear...

And we'll at least be starting off this week's edition with some One Million Years B.C.... and we'll see where we go from there!

Dog of the Geek: Sam the Sheepdog! 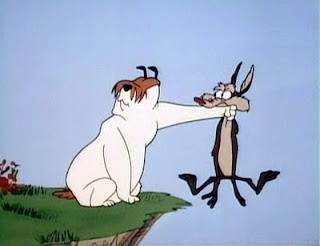 Original Appearances: Looney Tunes cartoons, starting with “Don't Give Up the Sheep” in 1953.

Other Appearances: Sam has appeared in a number of other Looney Tunes-related products since 1988, including at least one video game.

Biography: Unknown. Sam is on a regular shift as a sheepdog guarding a herd of sheep. We don't know anything about his home life... at least, I don't recall anything.

Powers: Amazing strength. Possibly the ability to teleport, as we rarely see him move, yet manages to appear where he needs to be. Can see through any disguise of Ralph Wolf's (see separate entry).

Group Affiliation: Presumably a member of a sheepdog union of some kind.