Movie of the Week: Planet of the Apes!

Here's this week's trailer, with photos, posters and other goodies after the jump!

Email ThisBlogThis!Share to TwitterShare to FacebookShare to Pinterest
Labels: movie of the week, planet of the apes 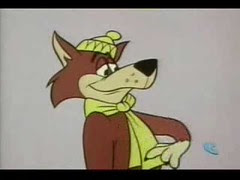 Breed: Wolf (I can't believe nobody called me on this when it first posted and said "Fox" by accident)
Original Appearances: Theatrical cartoons, beginning with “Wolf Hounded,” first shown on November 5, 1959.
Other Appearances: Cameo appearances on the early '90s series “Yo Yogi!” as an employee in Jelystone Mall's food court, also a cameo on one episode of “Harvey Birdman, Attorney at Law.” Also appeared in text stories in two Gold Key Hanna-Barbera comics, as well as two short comics stories in Gold Key's “Hanna-Barbera Bandwagon” comic.
Biography: This gentleman wolf had a French accent, and sought to clear the bad name of wolves, usually with bad results.
Powers: Just the basic cartoon character ability to recover from injury in the next scee.
Group Affiliation: None
Miscellaneous: As noted, Loopy appeared in theatrical cartoons, from 1959 through 1965. He was the only Hanna-Barbera Studios theatrical cartoon short series, and I believe they used the same limited animation techniques.

I haven't been writing at all this summer, really, about some of the various reality shows on TV that my wife Jessi and I watch each week... so I figured that it's high time I did, because 1) My comments that I leave on TV Squad don't always end up showing up, and 2) I think there's more feedback possible here than there. My thoughts on some assorted shows after the jump!

Time to continue with Millie the Model! 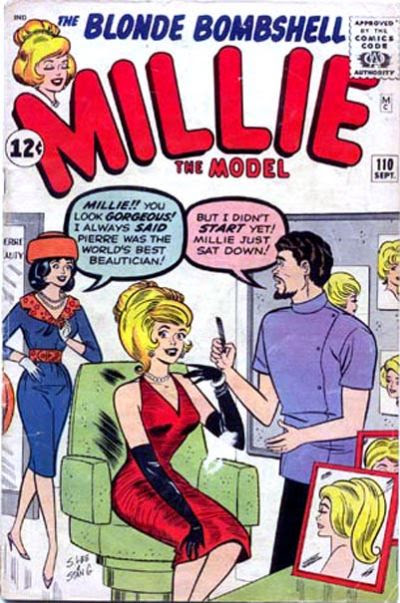 Here's issue 110, and yes, that's another art style change! Previously it had been running for a while in a pseudo-Archie style (thanks to artist Dan DeCarlo), but now it's different! See how long that lasted... after the jump! 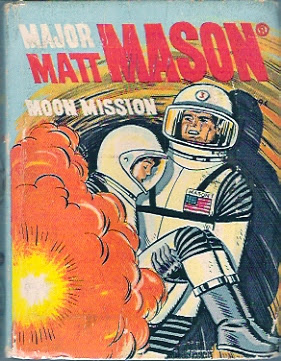 Yes, once again, we're featuring a Big Little Book on Children's Book Theatre, and this time is perhaps an extra-special treat, as it's the Major Matt Mason Big Little Book! It all begins after the jump!

Earlier this month, I received an email from Mike "The Amazing Whitebread" McMullen concerning his upcoming book, "I, Superhero!!" He told me a little bit about this book, in which he not only examines the phenomenon of Real Life Super Heroes (RLSH's), but he also became one himself, if only for a very short while!

Anyway, Mike asked if I'd be interested in reviewing an advance copy of the book, and I immediately responded in the affirmative. Two days ago, I received an advance galley proof in the mail, and late last night, I finished reading it.

Yep, I read the whole book in one day. I enjoyed it that much!

Now, I'd known a very little bit about RLSH's before this... for example, some of you may recall hearing of Captain Sticky, whose peanut butter-and-jelly guns struck fear in the hearts of... well, probably people on a diet, but not too many other people. Nobody really took the Captain all that seriously. Oh, and there was the Human Fly, but he was really just an Americanized luchador (masked Mexican wrestler) who did stunts, and ended up as the star of a self-titled Marvel Comic series for a short time. And I do recall seeing a video on YouTube which was about some RLSH's... but I had no idea how many there were, nor did I know how serious many of them are.

In "I, Superhero!!", Mike talks about his year-plus-long process in writing this book, interviewing various RLSH's (some in person), going out on "patrol" with them, and so forth. Among the RLSH's we get to know in Mike's book are Danger Woman, Mr. Xtreme, Geist, and Amazonia, to name but a few. In his discussions with them, he uncovers the reasons they decided to become superheroes, how they trained, where they got their costumes, their encounters with local law enforcement, and so forth. It's fascinating reading, if only because it seems that most RLSH's aren't really expecting that they'll ever happen upon a crime in progress... the majority of them seem to do more volunteer-type work, such as delivering donations to homeless shelters, that sort of thing.

Mike also gets in touch with a few so-called Real Life Super-Villains, although if you're expecting any of them to be real criminals, you'll be sadly mistaken. The RLSV's seem mostly devoted to exposing the "pretenders" of the RLSH community, although there are probably a few nutjobs out there who Mike couldn't (or wouldn't) get in touch with.

Of course, a major part of the book is Mike's journey to take on his own superheroic identity, The Amazing Whitebread, with notes on his efforts to lose weight and his struggle to create his costume.

Mike's writing style is very enjoyable... it really comes off to me as listening to this guy talk about what he's found out, as opposed to some authors that take this kind of thing all too seriously. Mike's sense of humor is present throughout, as he does realize the absurdity of all this.

And yet... I have to admit, between chapters of this book, I considered the possibility of being a RLSH myself, however briefly (despite Mike's humorous writing style and somewhat cynical poking fun at the RLSH's, there was definitely something appealing about the idea). I did do some Googling myself for RLSH's, and learned that there's a few not too far away from my home here in Olympia (the closest being in Kent, Washington, not too far away from Sea-Tac Airport). I considered the possibility of getting in touch with some of the area RLSH's myself, but dismissed the idea... after all, Mike's covered the bases with his book very well already!

I won't spoil the ending of this book for you -- after all, getting there is well over half the fun -- but I do have to say that, as a father, I am right there with him in the final conclusion of his adventures.

"I, Superhero!!" is will be released by Citadel Press (a division of Kensington Books) in November, with a cover price of $14.95. I would strongly recommend getting a copy of this book once it's available and reading it for yourself... I think you'll get a kick out of it, and hope that the book will sell well enough that we might see a follow-up!

Email ThisBlogThis!Share to TwitterShare to FacebookShare to Pinterest
Labels: Books 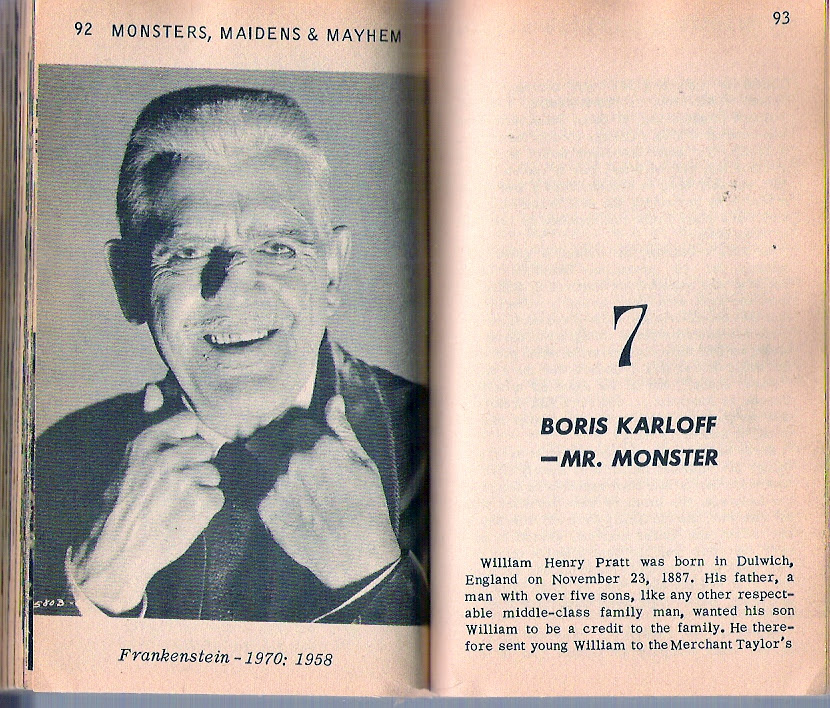 Here's the rest of the Marvel stickers from 1975 that I began last time around, starting with Hawkeye! 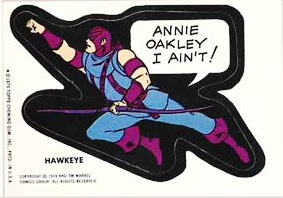 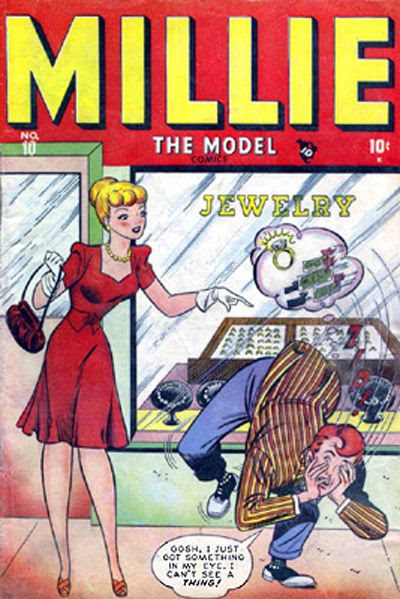 It's time for Millie the Model to get the By the 10s spotlight, finally! And I'd imagine most of you are kind of surprised at the art style on issue 10 there! Well, hold on tight, it's going to be a bumpy ride as the style shifts! More after the jump! 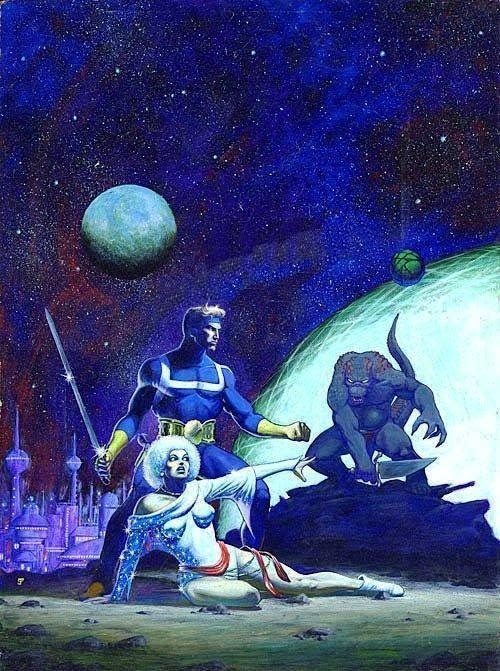 First up this time around is Jim Starlin's painted cover for Marvel Preview #14! More after the jump! 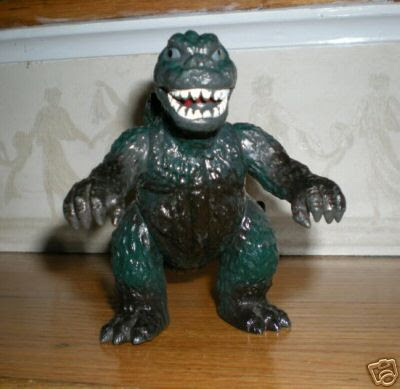 As you can see by this 5 inch tall Popy Godzilla figure from 1978, we're still looking at Godzilla stuff this week! More after the jump! 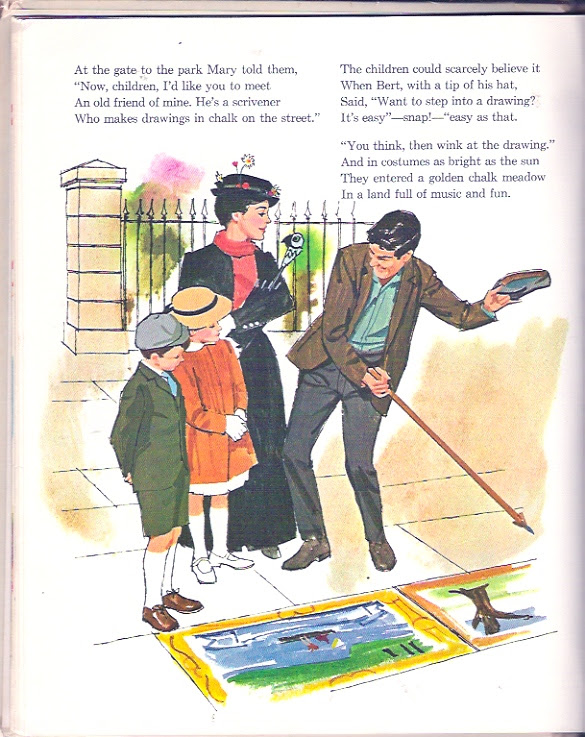 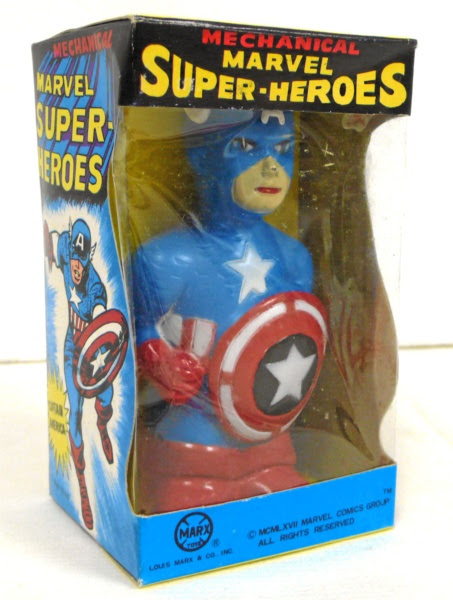 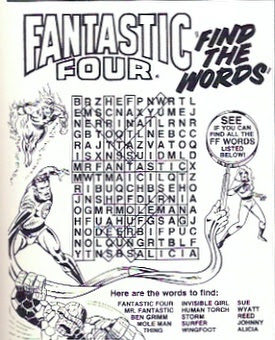