Movie of the Week: Son of Kong!

Billy the Kid was probably Charlton's longest-lasting Western title... probably the longest-lasting non-horror title for that matter! I've enjoyed reading every issue of this one I've been able to get my hands on so far, and you can read some of these for yourself over at the Comic Reading Library! I don't believe this is supposed to be the historical Billy the Kid, but rather another gunslinger who went by the same name (although at least one story identifies his last name as "Bonney," so who knows?).

I told you there'd be an occasional comic book showing up here, didn't I? Here's the first-and-only issue of Atom Ant!

We're still looking at ads from the November, 1974 cover-dated DC books, although the ad above has appeared in various forms over quite a long period of time! I'm sure that you're all thinking the same thing I am about the ad: "What the heck is so authentic about this Superman costume?" Let's start from the top and work our way down... first of all, there's that mask. Does Superman have a mask? Noooooooo! Moving down, I won't disparage the fact that the cape is tied on... I can't expect complete accuracy, even for an "authentic" costume... but then there's the short sleeves! I'm pretty sure we all know that Superman did not have short sleeves. If the "s-shield" looks like the one in this ad, then I definitely have issues with that, too, but it could be an artist rendering issue (after all, it is a tricky insignia to draw correctly). The next problem is the trunks... or rather, the lack of same. If we're going to put up with decades of people making jokes about superheroes wearing their underwear on the outside, then dammit, make it accurate on the costumes!

This item from the same comics page is just plain silly... but I suppose if a child is so obnoxious that nobody would even "Indian wrestle" with them, this could serve a vital purpose in their life.

I think this ad came from the same page, too... and it's just one of the (what feels like) millions of ads that have been running in comic books for decades promising to teach you martial arts via mail order. Because, you know, if you're going to learn martial arts, there's no point in going to a local instructor and actually training with real people, is there? Obviously, you can learn it through mail order... just like you can learn to swim on the internet!

Just as I don't believe you can learn martial arts via mail order, so don't I believe that anyone ever "made money fast" with this kind of kit where you try to sell your friends and family (and your friends' families) these Social Security plates and metal door plates... well, probably Anchor Specialties did, as did the other companies that sponsored these ads. Those guys made money. The biggest problem with these, of course, is that the only valid Social Security identification is the card that's been issued... copies -- metal or otherwise -- are not valid!

To say nothing of the fact that anyone who actually bought one of these would risk having their SSN available to the company that's making these... nowadays, I can't imagine anyone trying to offer this same "service," because they'd be shut down in a heartbeat with complaints made of identity theft!

Times do change, don't they?

Half today, and then the other half on Christmas Day! 44 of the cards had text on the back, and the rest had pieces to two large puzzles, plus there were some stickers. Since my source for these images didn't match up backs with fronts -- and didn't have the puzzle pieces separate -- I'm pretty sure the backs don't match up properly with the fronts. There were 132 cards in this set.

The Way of the Geek #8: Ross Pearsall! 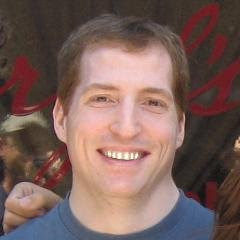 Ross Pearsall is the creative mind behind the blog “The Brave and the Bold: The Lost Issues!” where he creates new covers for Batman team-ups in which the Caped Crusader teams up with characters he never teamed up with during that magazine's history, and he doesn't just limit himself to DC characters, either! He's also created covers in which Batman teams with Marvel characters, as well as other publishers' characters. It's great fun! By the time this sees print, Ross plans to have moved on to "lost issues" of Marvel Two-In One!

Ross' answers to my questions were very succinct, making this the shortest “Way of the Geek” feature yet!

Sorry, no card backs available for this set... but at least I'm getting all of them posted in a single day!

Well, I thought I was done with all the Argentinian Batman stuff last time, but here's another Batboat from that country!

Dog of the Geek: Buford!

Biography: Bufurd is a smart but sleepy bloodhound who lives deep in the swamp county of Fenokee. He teams up with two teenagers, Cindy Mae and her older brother Woody, to solve mysteries.

Powers: Buford's ears revolve like radar dishes, and his nose responds to clues like a geiger counter.

Group Affiliation: No formal name to the group.

Miscellaneous: Buford was just one of a long line of Hanna-Barbera dogs whose voice was provided by Frank Welker.

One of two Atomic animal heroes Charlton published... above is issue #10!

And we're on to the Disney Ducks in the Christmas Comics Countdown!

First up this time around is an ad from the October, 1976 cover-dated Marvels... hard to believe that sports equipment manufacturers advertised in comics, but there you go! The main point of interest here is that the artwork in this ad was by Jack Davis, best known (around here, anyway) for his work at Mad!

From the same month's Marvels comes this ad from Superhero Merchandise! I think I've probably featured every one of these at one time or another in the Cool Stuff postings, but the ads are always interesting to check out. The writing on this ad is particularly good, I think!

We'll close things off with this house ad that appeared in the November 1974 DC books... When I look at ads like this one, where the cover artwork is completely uncolored, I have to think that the main reason for that was to cut down on production costs (can you imagine trying to color eight tiny cover images?), but it definitely works from an attention-getting point of view!

On a barely-related note, you see that DC logo of the era, "The Line of DC Super-Stars"? Kind of interesting story... in my navy days, I had some Damage Control training (ok, it's basically fire-fighting training, but the navy likes to call stuff by different names than the civilian world does). On one of the two ships I served on (forget which one right now), that ship's damage control training used an image of that DC logo on the cover, since damage control tended to be referred to as "DC" on the ships! I always wondered whether or not permission was asked for and given for the use of that DC logo... I suspect not, as there was a definite tendency for Navy ships (especially ones deployed out at sea) to not concern themselves with things like copyright violation. I recall specifically on my first ship that my predecessor as ship's journalist would routinely show movies on the closed-circuit TV station that were expressly forbidden by regulations, such as porno movies and other videotapes that were purchased (and some of those were probably bootleg purchases themselves). Anyway... that's my aside!

Let's see what this week brings us, shall we?

Ah, the poster for How to Make a Monster... the sort-of sequel to the Teenage Frankenstein and Teenage Werewolf movies!