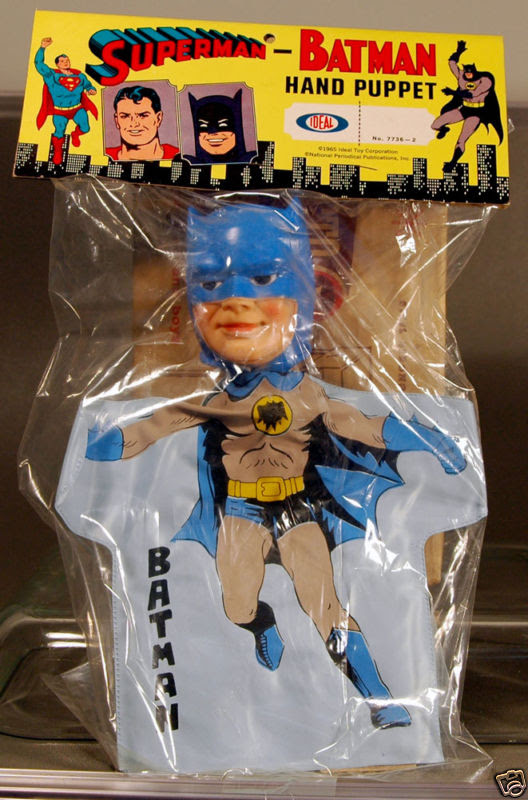 Yes, it's time to check out some more cool stuff here at the Random Acts of Geekery, which may well send some of you off to eBay to look and see what some of these things are selling for these days (whether that means you'll want to buy it, or sell it if you have it, I have no idea). Anyway, above is our first item for this go-round, Ideal's Batman hand puppet! 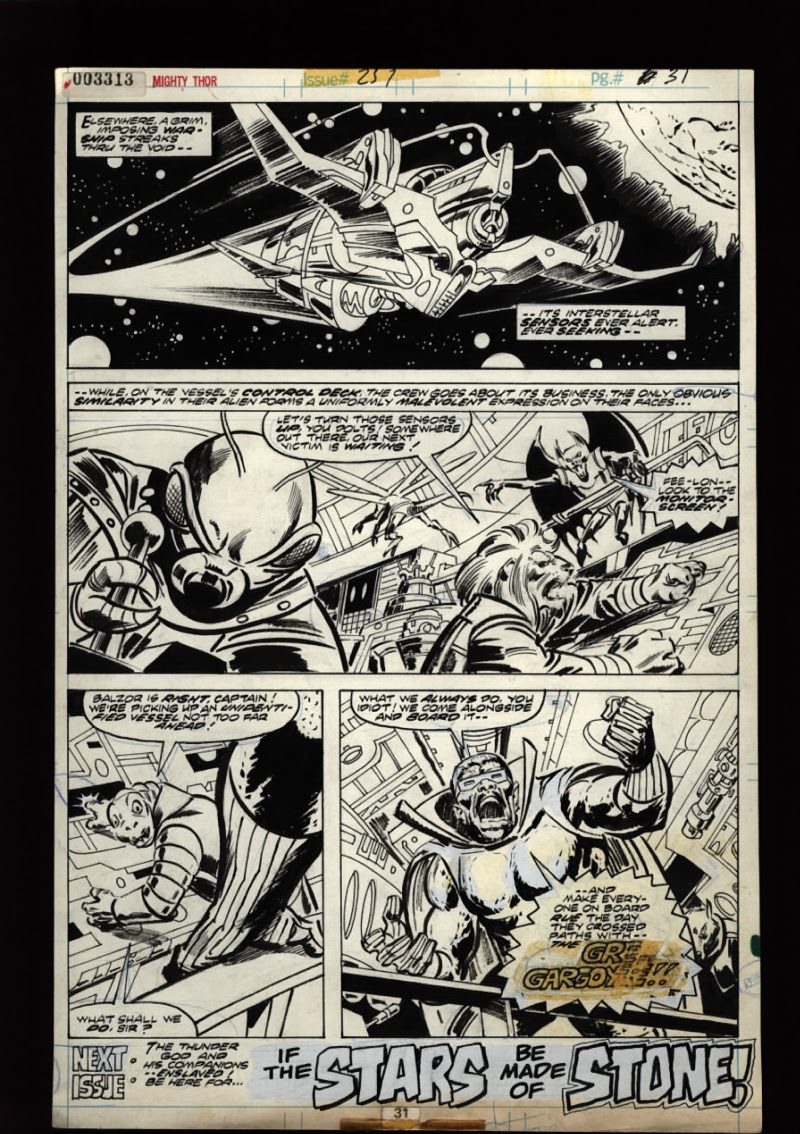 Yes, friends, it's time to check out some cool comics art that's been offered for sale in the past, and may yet be offered again now or in the future! First up, here's page 31 from Thor #257 by John Buscema! More after the jump!

Movie of the Week: The Spider/Earth Vs. the Spider!

Trailer and lots of goodies after the jump! 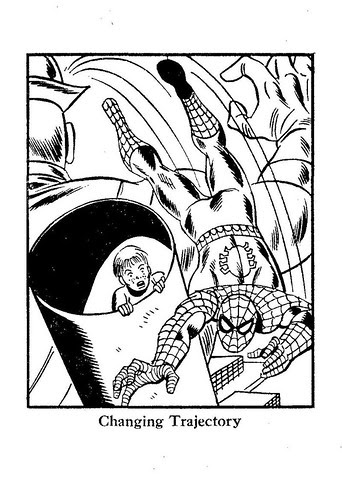 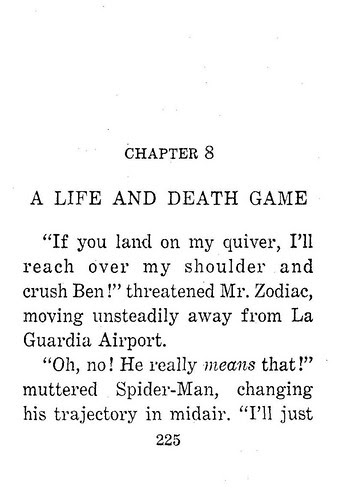 An extra-special treat for you this week, I think: Batmania #1, the famous Batman fanzine! 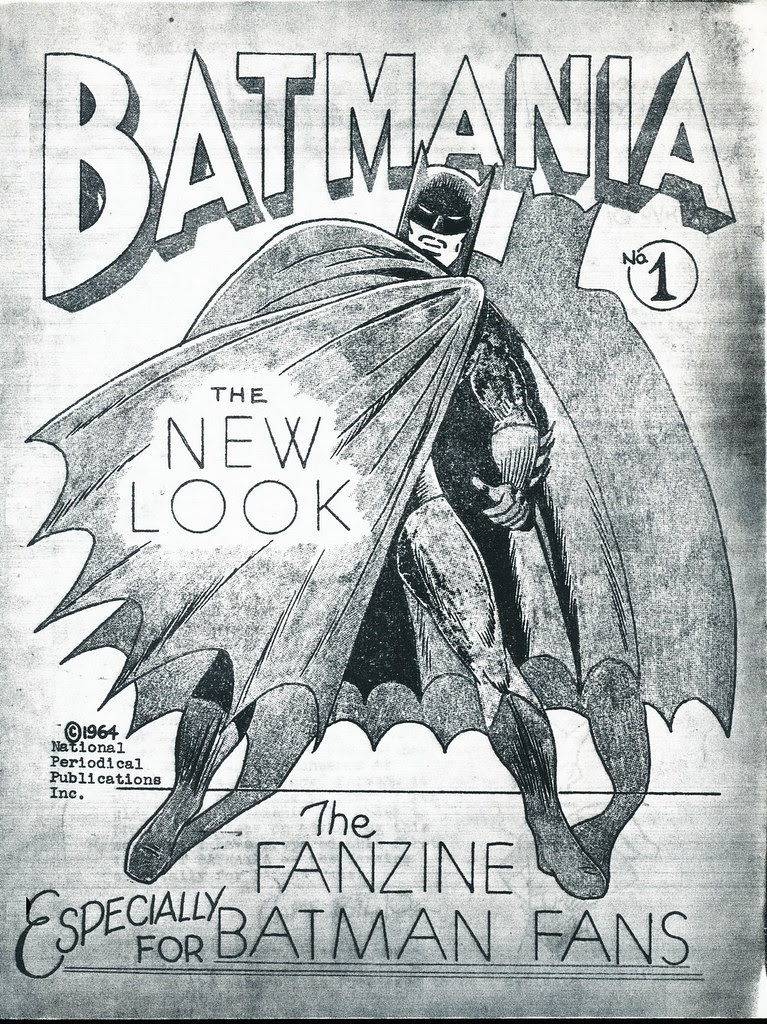 Give-A-Show Fridays: 1962 - The Whirlybirds and The Kenner Kids!

Next week: Starting a break from Give-A-Show stuff, as I feature videos based on Remco's Ugly Mugly Projector (a variation on the Give-A-Show Projector). First up: An adaptation of Doctor Dolittle! 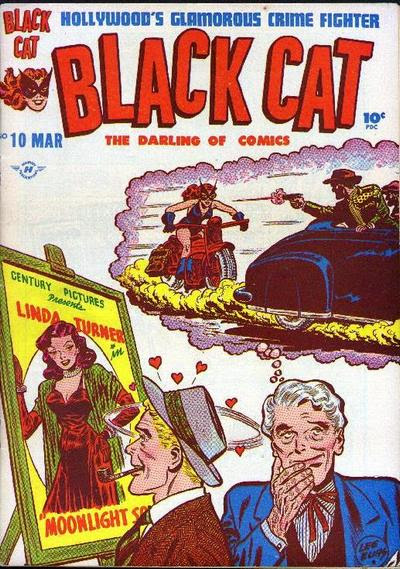 Ah, here's a fondly-remembered title... probably the best of Harvey Comics' original superheroes, it's Linda Turner, AKA the Black Cat! Sadly, the tide turned quickly for the Black Cat, as it turned into.. well, you'll see! This is another title you can find selected issues of at the Comic Reading Library.

This week's featured geek, Rob Kelly, is the man responsible for The Aquaman Shrine, which seems to be recognized as the site for Aquaman enthusiasts! In addition, Rob also has two other sites, www.namtab.com and robkellyillustration.blogspot.com. The Aquaman Shrine has ensured Rob's place in geek history, I think... and I'm not just saying that because I'm an official F.O.A.M. (Friends Of AquaMan) member, either!

Rob was born in Philadelphia, “during the dark days of the Nixon Administration,” he said. He's the youngest of his siblings. His girlfriend and he have a pet, Johnny, whom they refer to as their “little furry daughter.” He hopes to someday “have enough land to take in as many animals who need a good home that cross our path.” 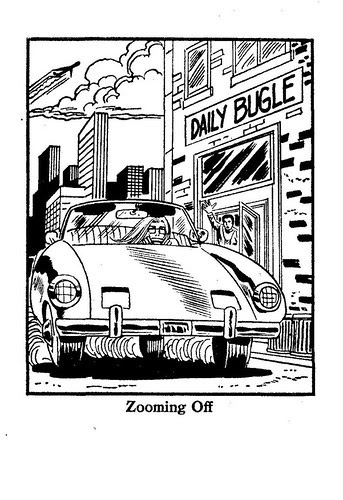 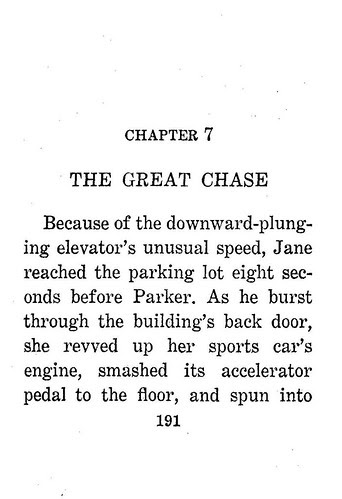 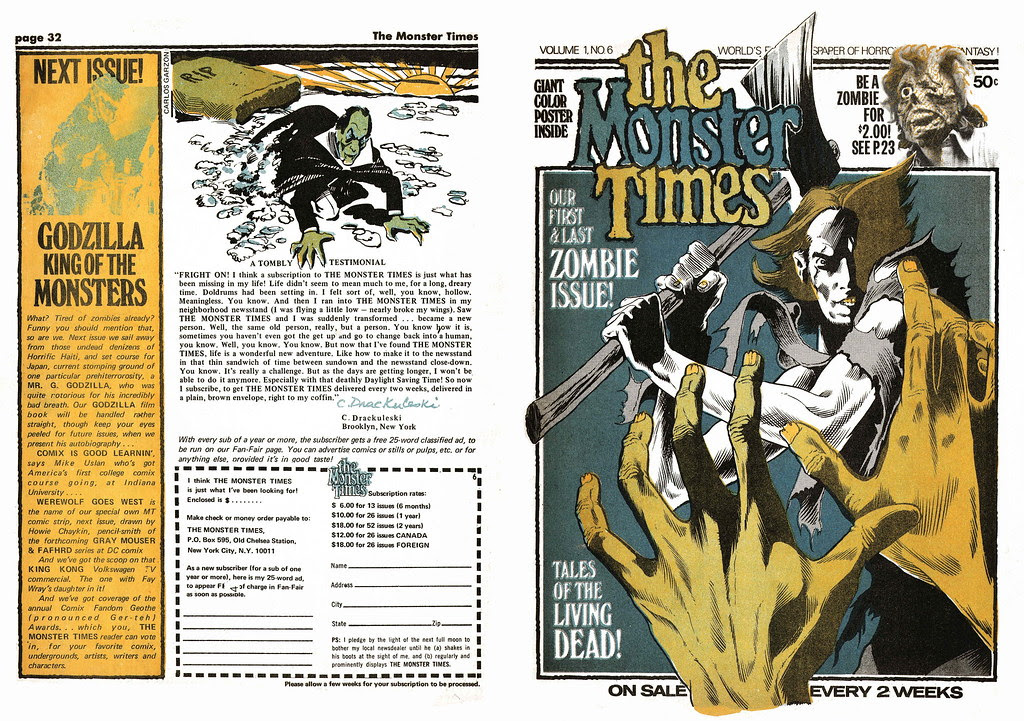 Something a little different for this installment... I'm going to be looking at -- and writing about -- a two-page spread for CBS' Saturday Morning line-up from 1974! These pages appeared in the November 1974 cover-dated DC books. There'll be quite a bit to cover, so I'll put it all after the jump.

Dog of the Geek: The Colonel (Montgomery J. Klaxon)! 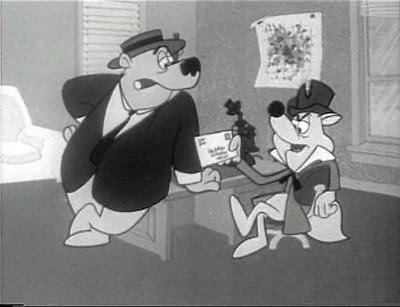 Other Appearances: Two issues of a Dell Comic, the first of which was the last issue of Four Color Comics.

Biography: The Colonel, a shrewd fox, lives with his wife Maggie Belle and her sister, Sue. The Colonel was in the real estate business, but always tried get-rich-quick schemes with the help of his best friend, Calvin T. Burnside, a dumb bear, sometimes involving their lawyer, Oliver Wendell Clutch, a weasel.

Miscellaneous: An animated remake of Amos 'n' Andy, using the voices from the radio series, as well as reusing some of the scripts. The idea was that using animals would avoid the racial issues that led to the downfall of Amos 'n' Andy, although low ratings cancelled the show after two months (although it returned two months later to fulfill contractural requirements). Several episodes of this show can be found on low-budget, low-quality DVD sets of public-domain cartoons.

Any of you get these goodies under your Christmas tree two days ago? 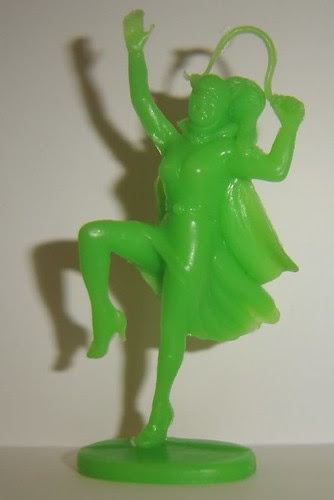 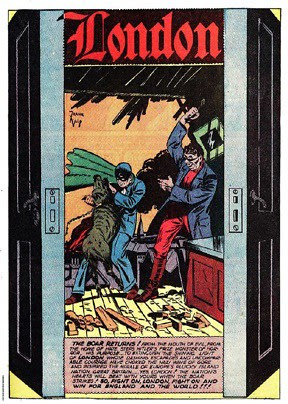 Next, London in “The Boar Returns,” pencils by Frank Volp. Like the Daredevil story that led off this issue, the first page of this story is a huge splash that just introduces the tale. The hero of the story, London (in case you can't see from the reduced splash here) wears a blue suit with a blue skullcap mask and green cape. 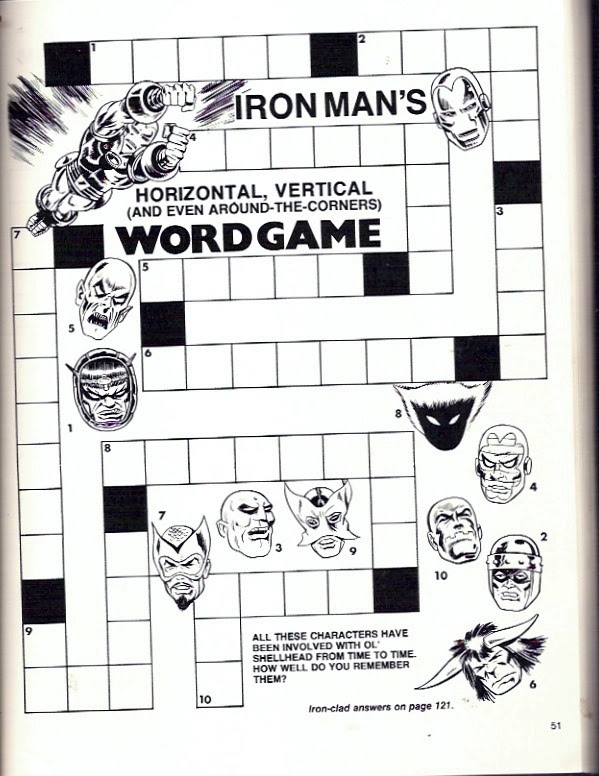 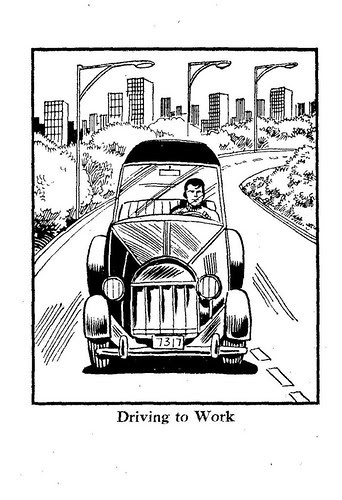 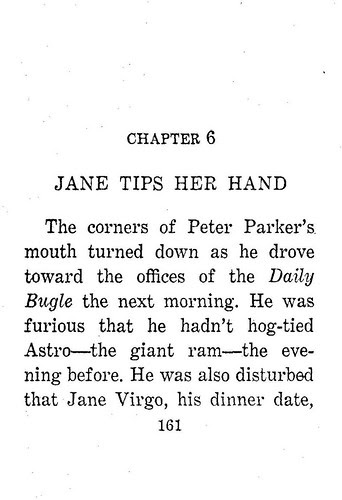