Our first ad this week features the Kenner Star Wars Collection, as seen in the January 1980 cover-featured DC Comics! As most of you may recall, Kenner got kind of a late start with their Star Wars license, with the original batch of figures not being available in stores prior to that year's Christmas rush, so they offered instead an "Early Bird Certificate" that could be purchased, filled out, and mailed in. Obviously, they learned their lesson after that, and expanded their line of Star Wars toys greatly after that!

The action figure line was definitely the priority, you can see in this ad that they'd been adding characters from the first movie like crazy, even including characters that had only been seen in the Cantina sequence! And they also added vehicles, such as the Troop Transporter (which I don't recall ever appearing in the movies) and the Land of the Jawas playset that included a Sandcrawler... to say nothing of the Creature Cantina!

But if you ask me, the coolest items on this two page spread weren't the action figures... it had to be the Radio Controlled R2-D2 (which was pretty cool at the time, although since then they've come out with a voice-controlled R2 that blows this away) and those Die-Cast Vehicles! In fact, I used to have the TIE Fighter die-cast, and wanted more of them! Those vehicles were perfect for those of us who loved the Star Wars vehicles but were a mess when it came to building model kits! 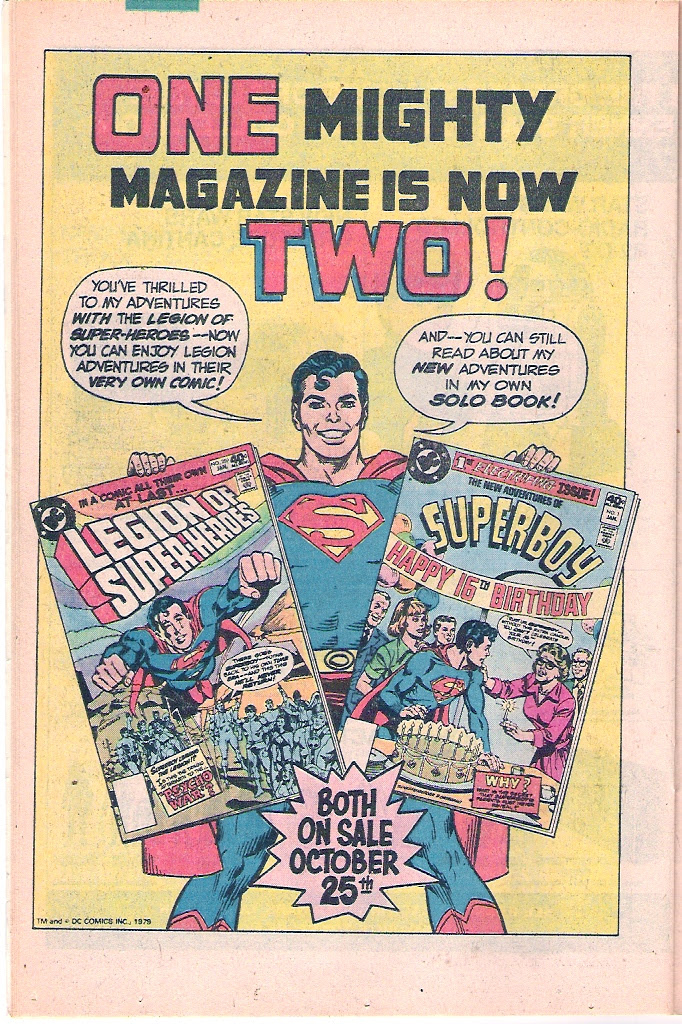 Also in DC Comics that same month was this house ad that announced that the Superboy and the Legion of Super-Heroes comic was splitting into Legion of Super-Heroes (which continued the original numbering from Superboy!) and The New Adventures of Superboy! I have to say, I find it ironic that the Legion got to keep the numbering... and even more ironic that they touted it as being their own comic for the first time, conveniently forgetting the four-issue series from 1973 that featured reprints of their Adventure Comics tales (even that series is odd, given that new Nick Cardy covers were done for the first two issues of that, while the last two issues used the original cover art). 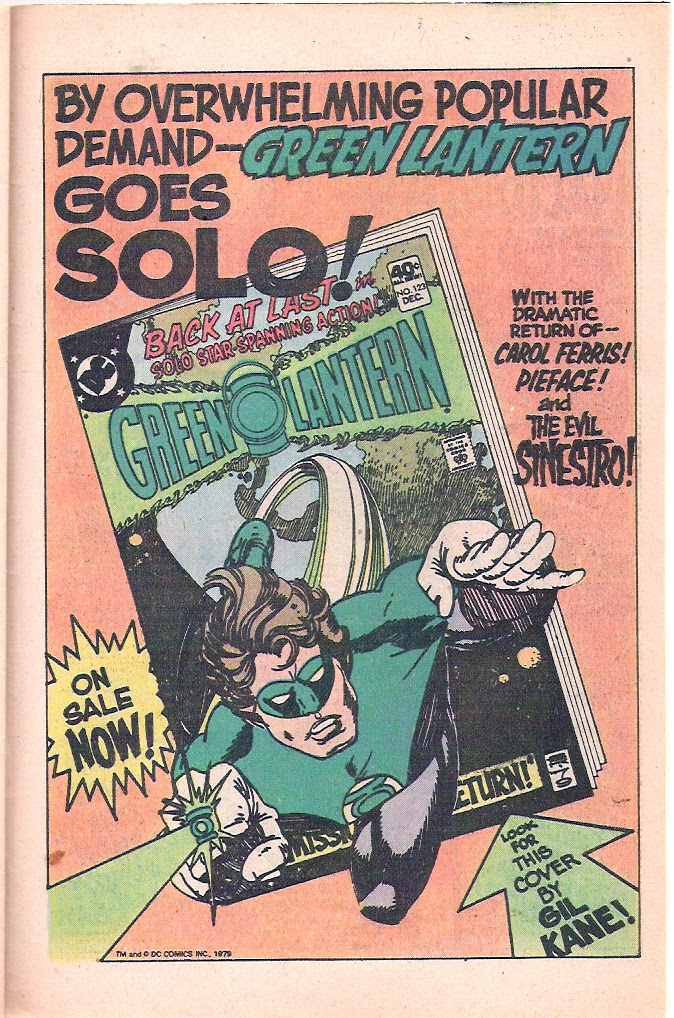 Apparently, DC figured it was time to re-expand their line that month, for the same month's books featured this ad promoting the return of Green Lantern to his own solo title! GL's original book had been cancelled with issue 89 (April-May 1972), then revived in 1976 as Green Lantern/Green Arrow (at least on the covers, that's what the book was titled... which is what the series had been cover-titled when it was cancelled). Green Arrow was booted out of the book, after which he was limited to what solo stories he could manage in World's Finest, if I'm remembering correctly (although he'd also had solo stories in Detective at one point, I think... and I'm pretty sure he had some solo stories in Action Comics, too).
Posted by Jon K at 12:01 AM