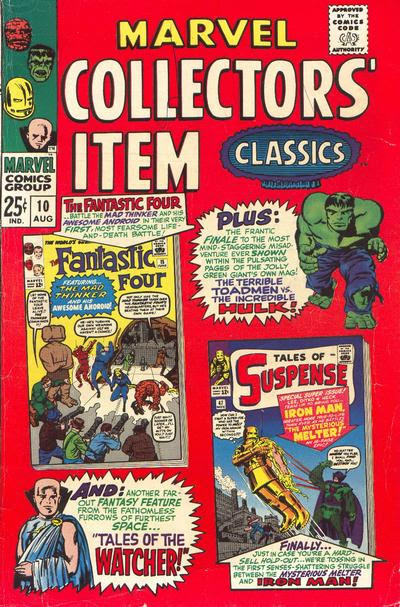 Time for a new By the 10s, and this time around it's Marvel Collectors' Item Classics, which morphed into Marvel's Greatest Comics! I've long been impressed with how Marvel, when their books really started to take off, decided to come up with an affordable way that new readers could catch up on the old stories while still making money (which is, of course, the primary goal for any business... making money, that is). So along comes Marvel Collector's Item Classics, reprinting stories from earlier that same decade! Take issue #10, for instance... This issue was published in 1966, and it reprints stories from Fantastic Four #15 and Incredible Hulk #2... both of which had been published about four years earlier! Of course, there were no comic book shops back then, if you wanted to find back issues, you had to find a second-hand bookstore that felt like buying and selling comics... so I think this was just brilliant of Marvel to start this (and similar) series up! 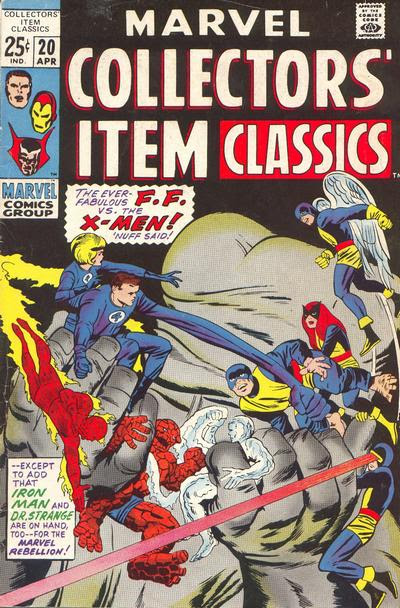 As you can see, by issue #20, the Fantastic Four had a stranglehold on the cover spot, with Dr. Strange and Iron Man relegated to text blurb status only. While these covers reused the art from the original comics, I've noticed that there were coloring changes here and there. On the original cover FF, the background is white, and the small blurb above Sue's head on this cover was originally a huge blurb promoting that the FF were fighting the X-Men, and that the Mad Thinker, the Puppet Master, and the Awesome Android were in it, too. This reprint added some art to the bottom of the original art in order to shift it up almost an inch! 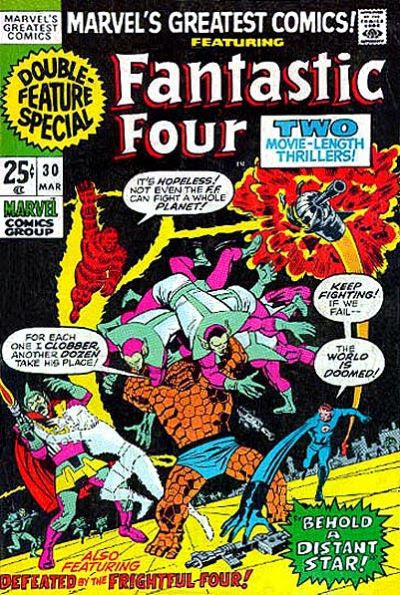 By issue 30, it had changed to Marvel's Greatest Comics, and it was all the FF! The cover for this issue was new artwork, completely different from the original book's art! 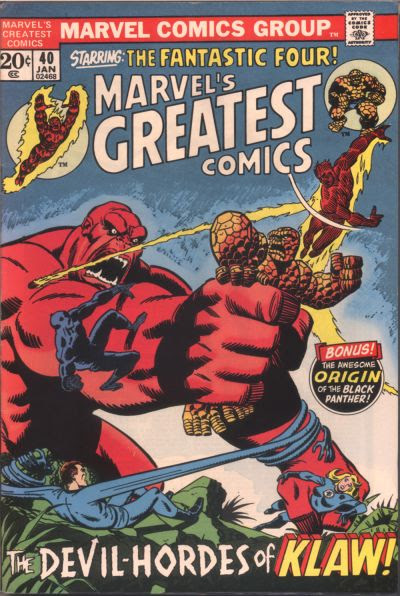 Issue #40 features new cover art again, looks like one of the Buscema brothers! 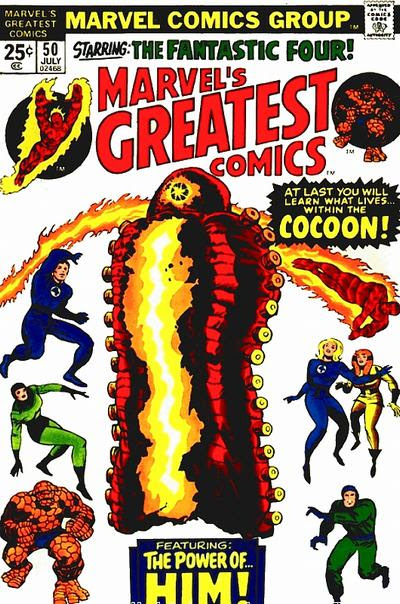 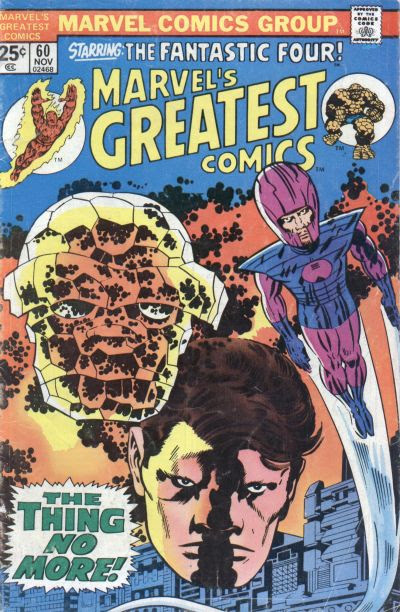 Issue 60 uses the same art as the original, but not colored anywhere near as effectively! 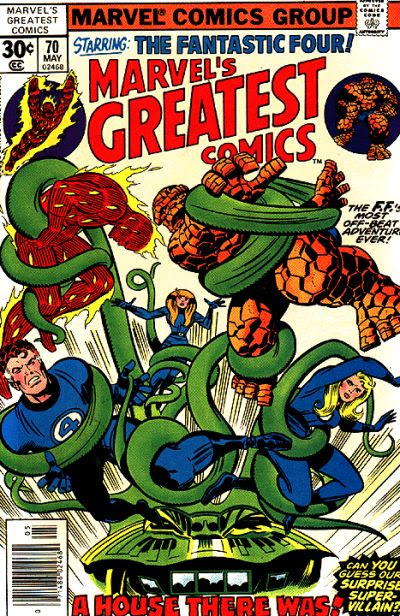 Issue #70's cover is somewhat of an anomaly, because at least some of the artwork is new (if not all of it). It's possibly intended as a reconstruction of the original art, but there are variances! 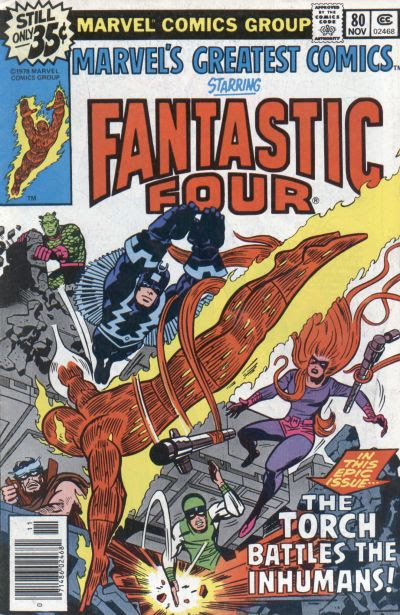 Issue #80, and this is another reconstruction... on the original cover, it has "The Torch Goes Wild!" You know, I really should consider adding a feature here that just directly compares the original covers to the reprints! 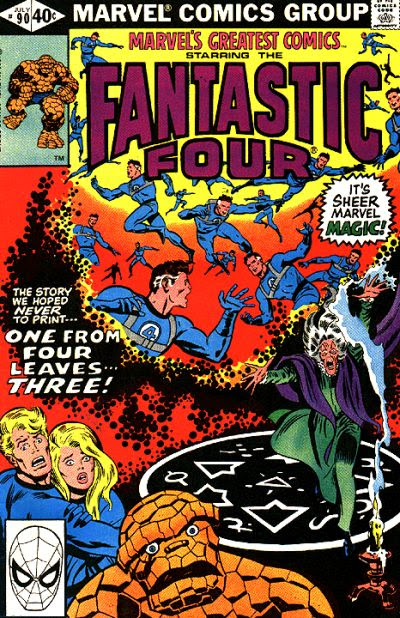 And issue #90 wraps this up! I'm guessing that pretty much about the time the Kirby-drawn reprints ended, sales started dipping on this title, but I could be wrong!
Posted by Jon K at 12:01 AM