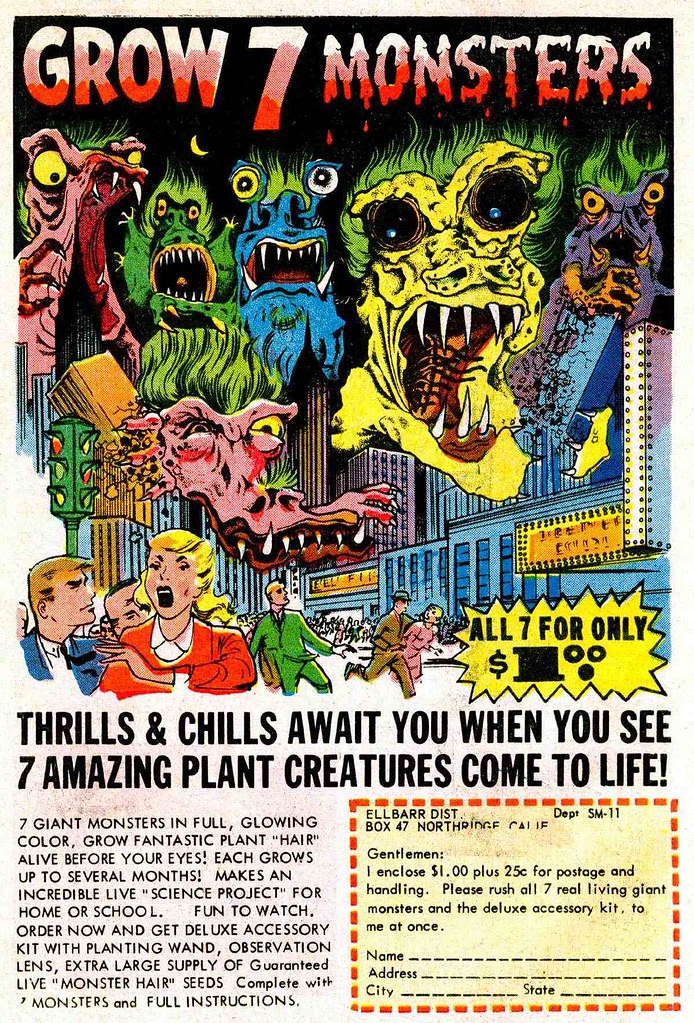 Yes, I'm still looking at early 1960s ads from Charltons (namely, Konga #8). This first ad was one I couldn't pass up posting, given what it promised! To be honest, though... all this had to be was just an early version of Chia Pets, except that it was monsters... and the "hair" was probably just some form of grass! 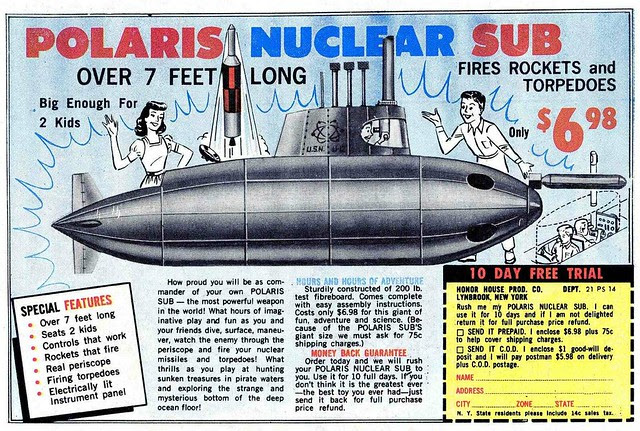 Was there any comic company that the Polaris Nuclear Sub wasn't advertised in? I know I've shown this kind of ad in the past, but I just had to show it again!

Those were the only ads from that issue of Konga of interest, so here's a few from Konga #10! 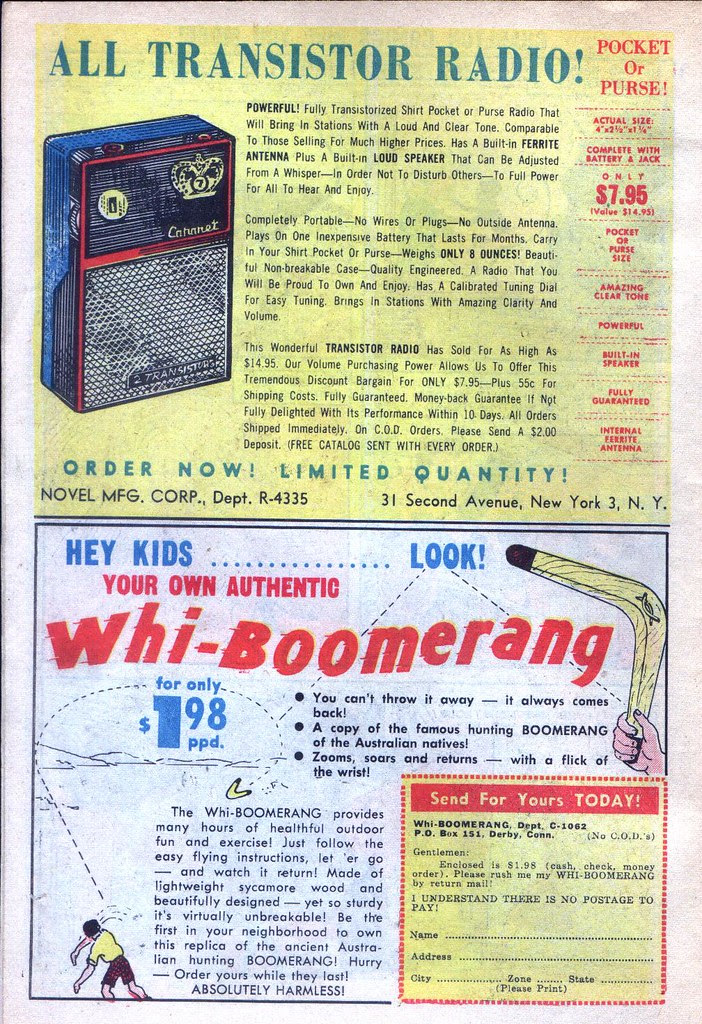 I guess transistor radios must've been pretty expensive back in the early 1960s... the ad does claim that they cost up to $14.95, while they were selling it for $7.95, which still seems expensive for the day (considering a record album probably set one back two or three dollars). I think the last time I considered buying a transistor radio, it was maybe five bucks? Also on the page is the Whi-Boomerang... I have no idea why they called them Whi-Boomerangs, instead of just Boomerangs. And I'm sure that anyone else who's ever had a boomerang knows that yes, it is more than possible to throw it and not have it come back... you need to know how to throw it right! 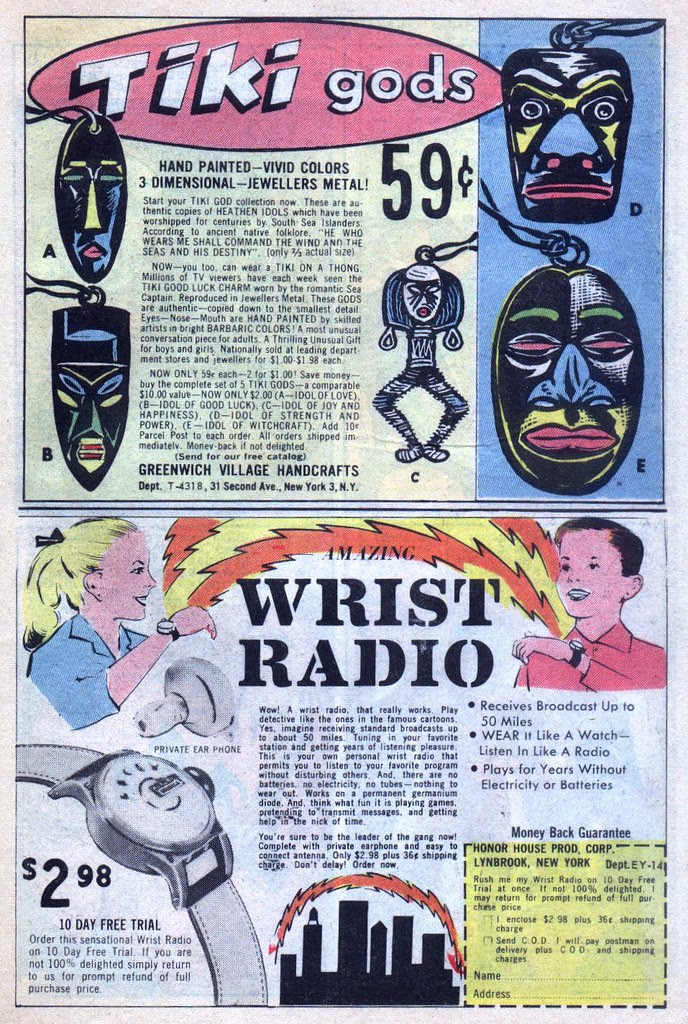 Another pair of ads here... first, the Tiki Gods! Let's just avoid the obvious Brady Bunch joke and go on to the amazing wrist radio below... now, $2.98 for this seems like a much better deal than the earlier transistor radio, even though it sure is trying to trick you into believing that you can communicate back and forth with it a la Dick Tracy!
Posted by Jon K at 12:01 AM