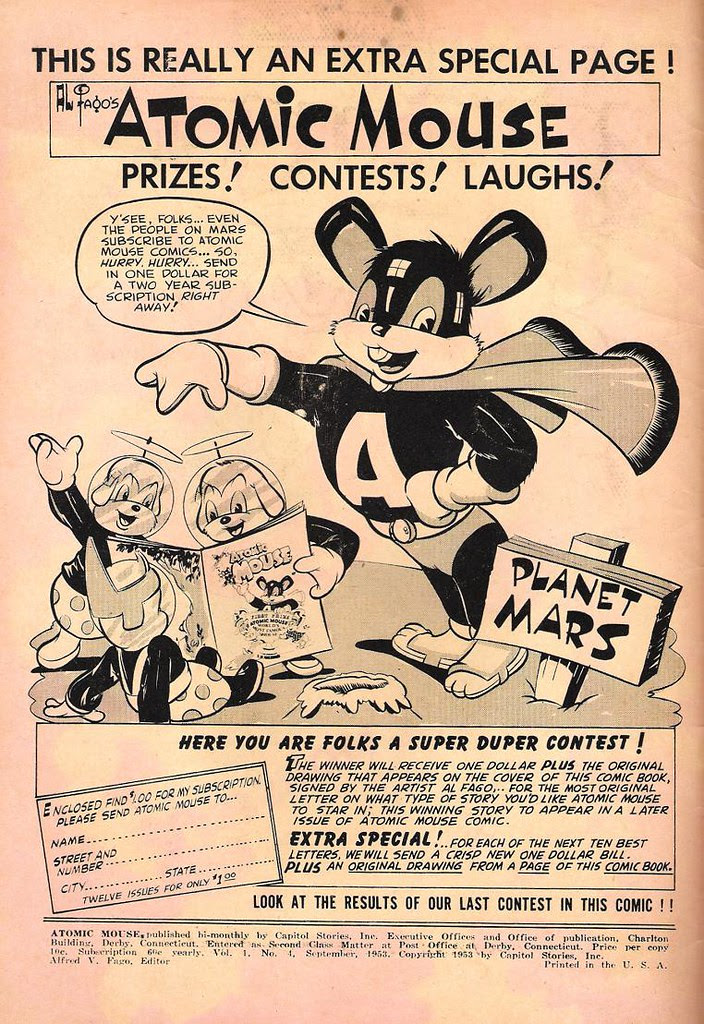 This week's first comic book ad comes from Charlton's Atomic Mouse #2, and it leads off with this ad for one of the semiregular contests that Charlton would run! It's pretty strange to me how often Charlton was running contests galore in the late 1950s/early 1960s, something I don't remember ever seeing in DC or Marvel/Timely books of the same period... It's especially odd considering how Charlton considered their comic book line less than important in the overall scheme of their publishing (according to articles I've read, anyway). Note, too, that this contest also features a subscription coupon, so it does double-duty! 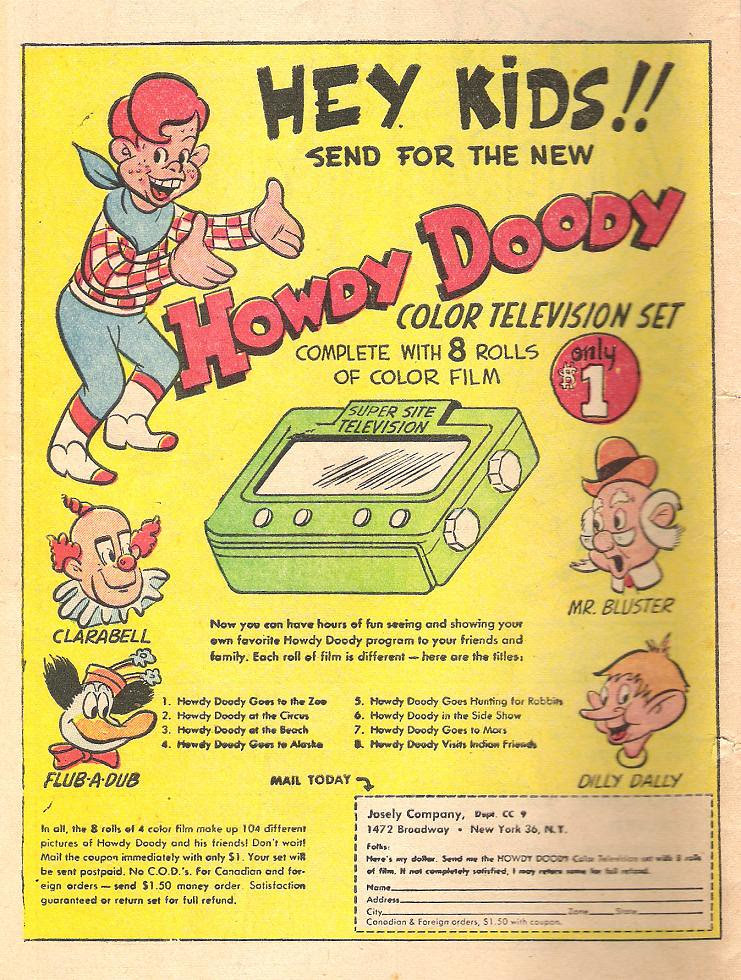 This next ad comes from Atomic Mouse #11, and features a kind of toy that I've kind of become a bit obsessed with (although I haven't been obsessed enough to actually try to purchase one of these on eBay)... it's the "color television set" toy, kind of a spin-off of the "movie viewer". The so-called "movie viewer" (made at least since the 1930s) utilized a short roll of 8mm film that would be fed into the viewer, and advanced one frame at a time to tell a story in stills (similar to Kenner's later Give-A-Show Projector, except that you had to look into this with one eye, so maybe it's closer to a 2d version of View-Master). This particular toy, however, used rolls of paper, being more of a comic strip on a roll. Toys like this were made well into the 1970s and maybe even the early 1980s! I'm not sure why they're saying it uses "color film," because every type of toy like this I've seen uses paper... so maybe it needs a source of light at the back to view it? 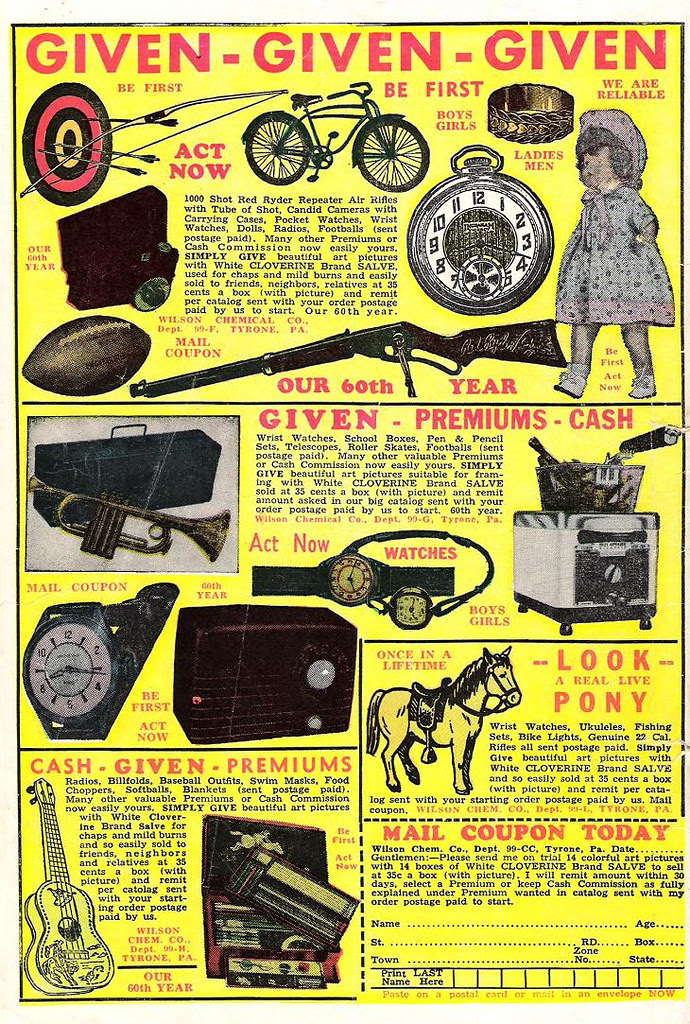 Finally, here's an ad from the outside back cover, which I find interesting not only because of the wide range of premiums offered, but also for what they want you to sell to earn said premiums -- Cloverine Brand Salve, for chaps and mild burns! Amazingly enough, this Salve is still being produced today, so if you feel like trying it out, I might make a few pennies on it if you use the ad below (but no premiums, sadly):