Dog of the Geek: Einstein! 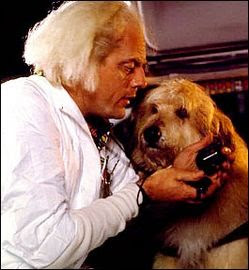