Movie of the Week: The Thing From Another World! 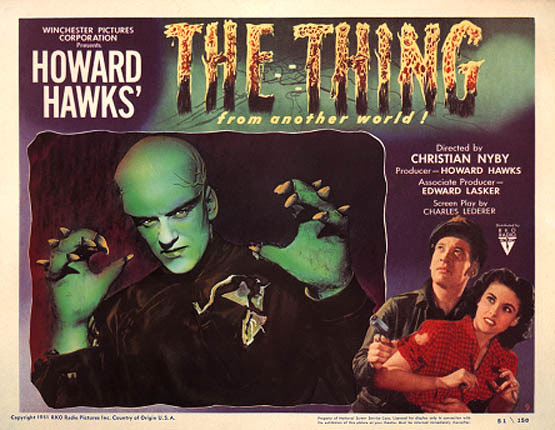 As promised, I'm starting out with more GI Joe! 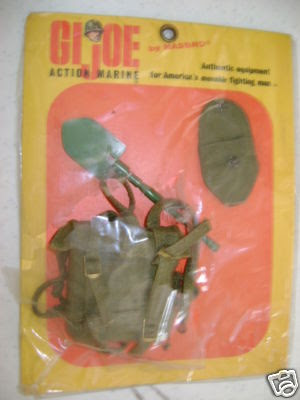 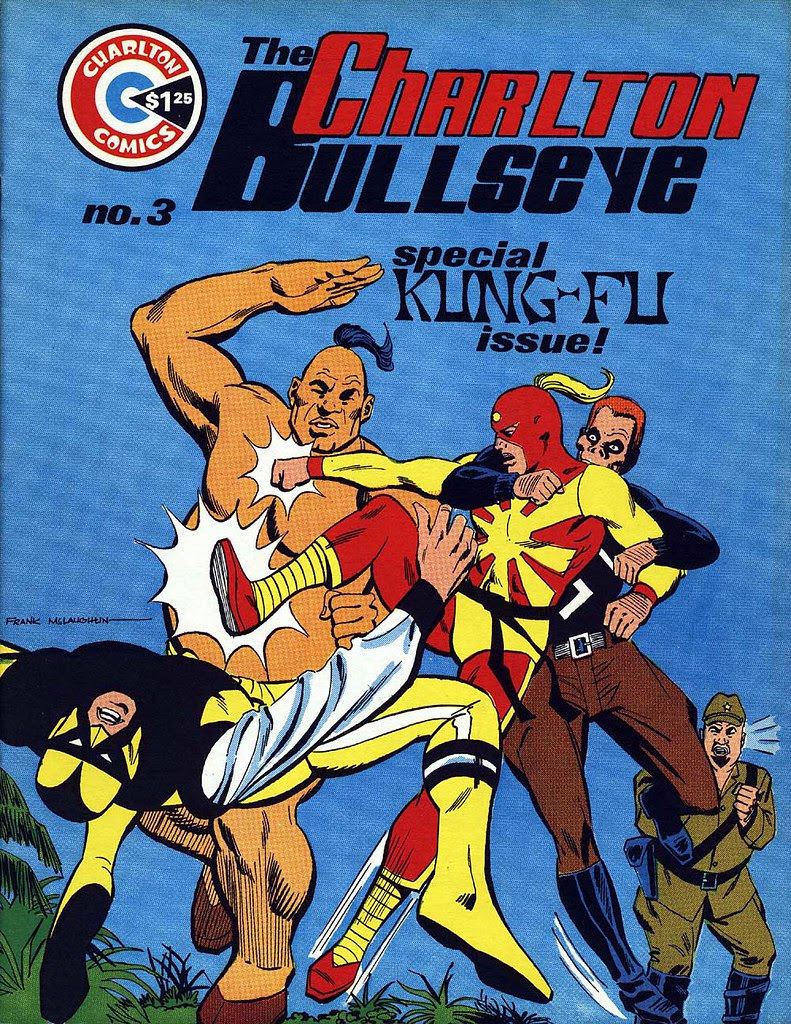 Story: The Day John Came Back

So a week or two back ago, two nights in a row, I had dreams that really kind of boggled my mind a bit, and ended up getting me thinking about them a lot, to the point where I had to do something with the dreams and the thought processes that happened afterwards. I hope you enjoy it!

Email ThisBlogThis!Share to TwitterShare to FacebookShare to Pinterest
Labels: writing

Ten of a Kind: Favorite Super-Heroes!

So because nobody asked at all, here's a list of ten of my favorite superheroes. Now, these aren't necessarily my top ten favorites of all time (because positions shift all the time based on what my mood might be, or what I've recently read). And in most cases, there's specific eras that I prefer. Without further ado, here they are!

1.Superman
Superman probably does deserve the number one position for me, and specifically, it's probably the Silver Age version that does it (although I like a lot of the early 70s stuff, as well as the Byrne era stuff). Sure, this version of Superman had a tendency to pull stunts to teach his best friends a lesson, but one can't deny that between the sheer wackiness of the concepts and the tight plotting, you'd get a lot of story in any Superman book of this era!

2.Batman
This would probably have to be the 1970s-era Batman as my favorite, although I like the "New Look" stuff before it. The fact of the matter is, the 70s Batman is the one I had the most exposure to as a kid, and that's also the era that my favorite Bronze Age Batman artist started, namely Jim Aparo!

3.Green Lantern (Hal Jordan)
Yes, Hal is currently my favorite GL, but Alan Scott sometimes usurps the position. My favorite Hal Jordan era would be the Silver Age, especially all those stories with the great Gil Kane artwork! The basic character concept is another great appeal... I mean, you can create pretty much anything with the Power Ring that you can imagine! So what if the best you can imagine to lay the smack down on a super-villain is a giant boxing glove? It's still wicked cool!

4.Captain America
Definitely talking Steve Rogers here, and I'd have to say my favorite Cap stories would be the Silver Age Kirby-drawn epics, as well as some of the classic 70s stories written by Steve Englehart and others. Cap often puts Superman at risk for losing the #1 position with me, because this is one character who (properly written) can always be counted in to inspire others, and never gives up. Cap finds a way to defeat evil, no matter how overpowered evil may appear to be!

5.The Incredible Hulk
Favorite Hulk era? Definitely the stories drawn by Herb Trimpe, where you never knew quite what was going to happen next... like Betty Ross being turned into the Harpy! Yes, I know Herb didn't write the tales, just draw them... but is it just coincidence my favorite Hulk stories were ones he drew? Oh, definitely Peter David's issues of the Hulk are classics, too, and that's probably my second-favorite era... and that's because Peter turned all the favorite concepts of the Hulk on their ear!

6.Spider-Man
Easy to pick my favorite Spidey era, although it's a long one! It starts with Lee and Ditko in Amazing Fantasy #15, and goes all the way to the end of John Romita Sr.'s run as artist!

7.Captain Marvel (Shazam!)
Definitely it's the classic Golden Age Captain Marvel stories that do it for me, although I do love what Jerry Ordway did in Power of Shazam!

8.The Blue Beetle (Ted Kord)
I liked the Ditko Charlton stories, and also enjoyed the short-lived DC title, as well as the original Justice League appearances of the Beetle, but I always felt he never got a chance to show his true potential. Oddly enough, I think the best Ted Kord Blue Beetle stories done in the past 20 years were in two episodes of Batman: The Brave and the Bold! Given that the latest Beetle may be meeting the Grim Reaper's embrace, perhaps Ted will be coming back from the dead (hey, it could happen... just as Hal, Barry, and Oliver).

9.Tigra the Were-Woman
Tigra's been one of my favorite superheroes since Giant-Size Creatures #1, in which Tony Isabella told the tale of how the Cat became Tigra! I remember buying that one off the newsstands, and reading the heck out of it. I've also enjoyed Tigra's appearances in Marvel Chillers, as well as her few FF appearances, but since the 1970s, nobody seems to really know how to portray her!

10.The Valkyrie
Ever since the Enchantress transformed Barbara Norriss into the second Valkyrie, Val's been probably my favorite super-heroine of all time, and it's a shame that Val hasn't had that much exposure since the original Defenders series ended (I know, they revived the concept a few times, and it didn't take). I think it's also a shame that I've ever gone to a convention and seen a woman walking around dressed up as Val and doing her justice! For that matter, I've yet to see any woman dressed as Val...

Email ThisBlogThis!Share to TwitterShare to FacebookShare to Pinterest
Labels: 10 of a Kind, dc, marvel

Wow, can you believe I'd forgotten to include this title, probably my favorite Marvel title of all time, until now? Well, let's get right to it, then! 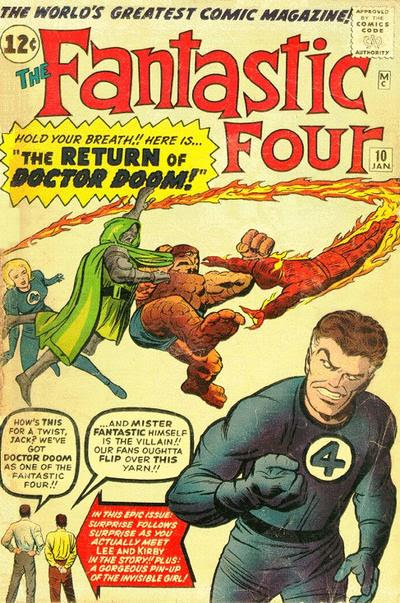 Here's issue #10... let's see how much I recall about these issues as they come up! In this issue, Doctor Doom has changed places with Reed, swapping bodies. Reed, in Doom's body, tries to convince the FF that he's really Reed, and eventually, Sue believes him!

I'm still looking at older comics ads! These are from Charlton's Blue Beetle #5! 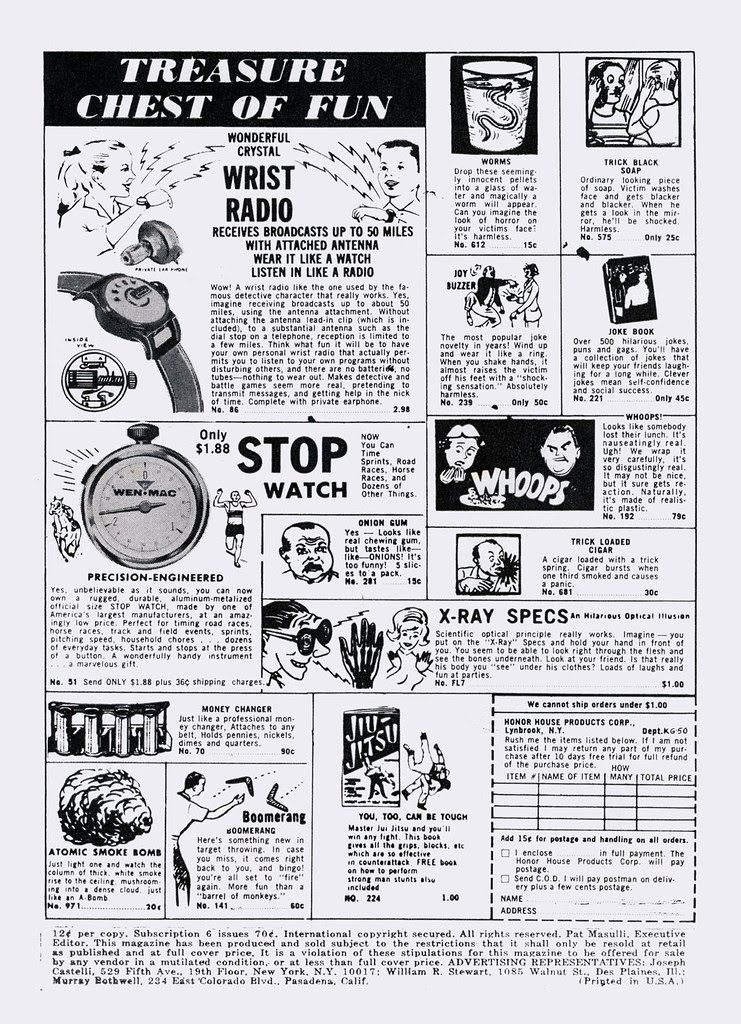 This ad, for stuff that's common to almost all comic books, is most notable to me for the crystal wrist radio! Note that the text tells you it only receives broadcasts, but the drawings are designed to give you the impression you'll be able to communicate with them like Dick Tracy! 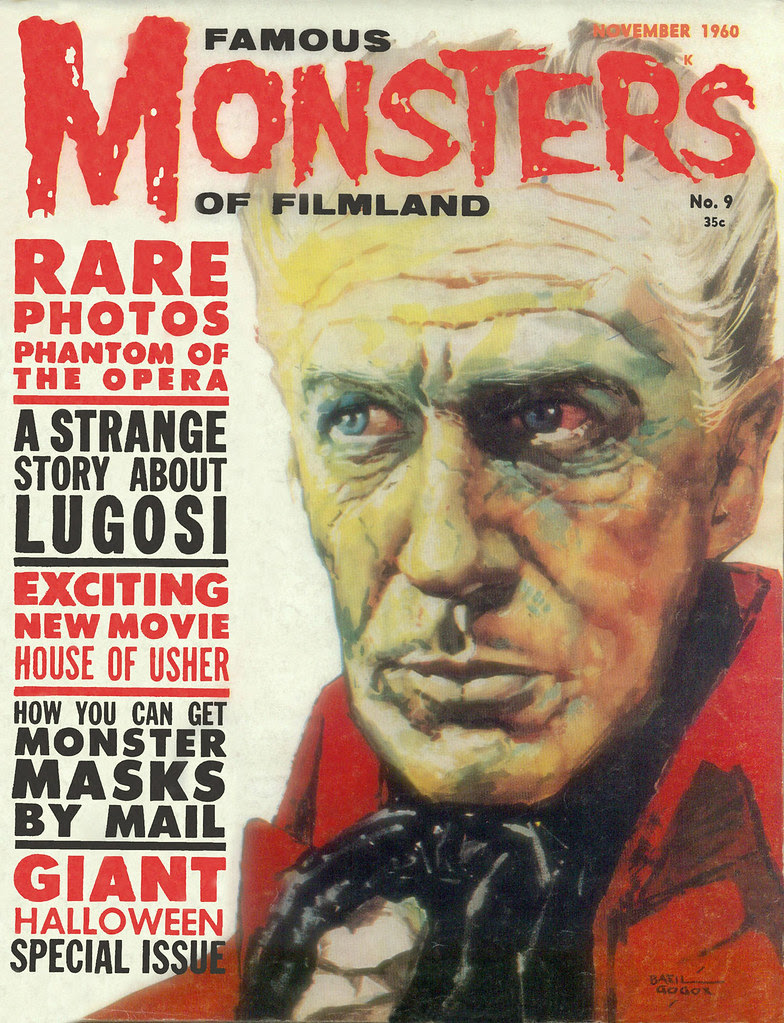 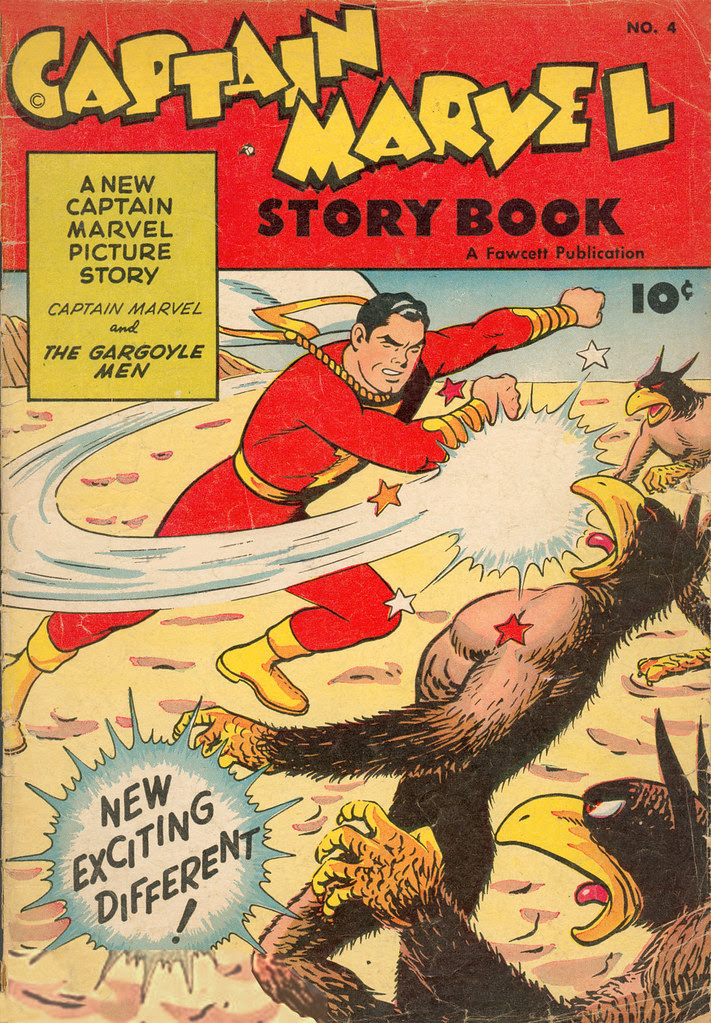 Dog of the Geek: Huckleberry Hound! 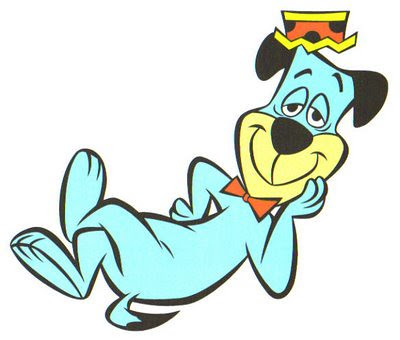 Other Appearances: Many other Hanna-Barbera productions, including Yogi's Gang, Yogi's Space Race, and Laff-A-Lympics. Huck was also regularly featured in comic books and children's storybooks, and was made into toy form many, many times.

Biography: Southern-born Huck is laid back, sweet, and well-intentioned. In most of his cartoons, Huck was featured trying to perform jobs in different fields with results that tended to backfire, although things would work out well in the end. Huck's most common foes were Powerful Pierre and Dinky Dalton. Tone-deaf Huck is usually first seen in his cartoons singing “Oh My Darling, Clementine,” his trademark song.

Powers: Huck is apparently aware that he is a cartoon character, and would often turn to the viewing audience to make comments and asides as to what's happening.

Miscellaneous: The Huckleberry Hound Show was Hanna-Barbera's second television series, and was amazingly popular at the time. Yogi Bear was introduced as a segment on Huck's show, and proved popular enough to be spun off into his own series. In 1961, the series was the recipient of the first Emmy Award for an animated program. 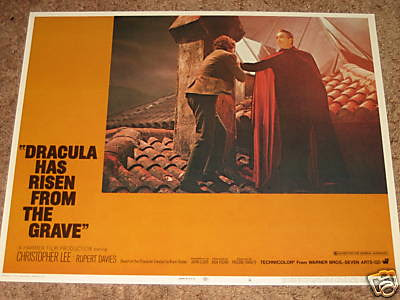 Let's see what's in store for you guys this installment of Cool Stuff! 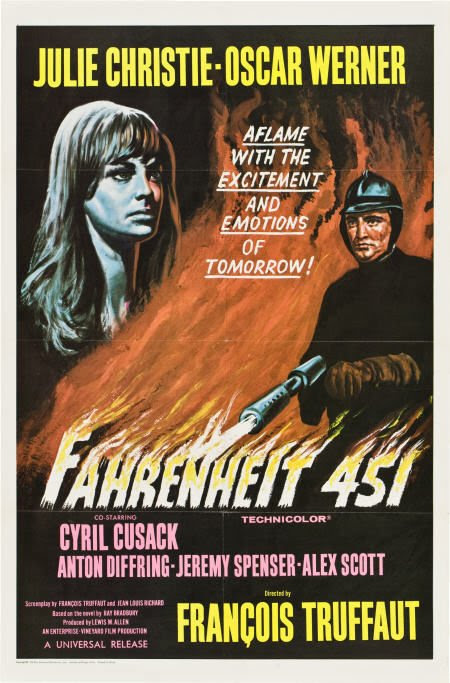 First, a poster for Fahrenheit 451! 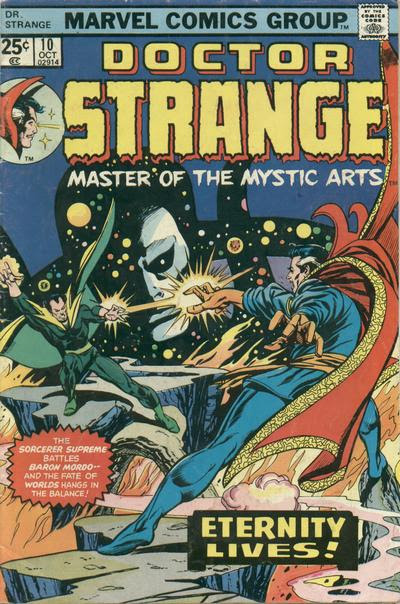 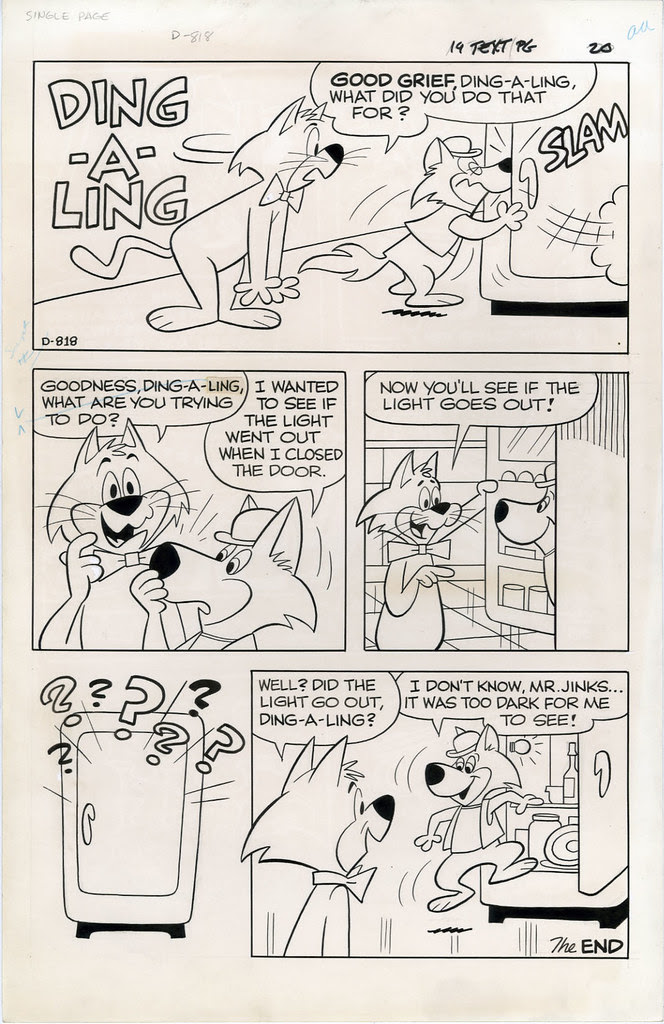 This time around, we start with page 20 from Huckleberry Hound 31, artist unknown... 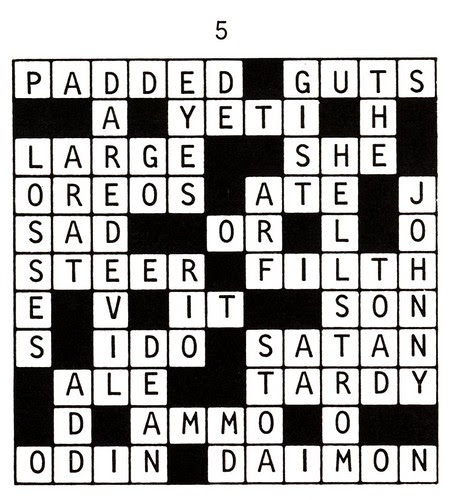 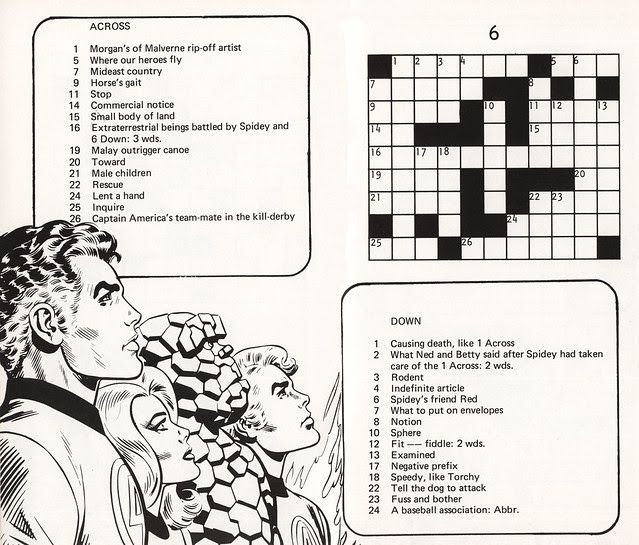 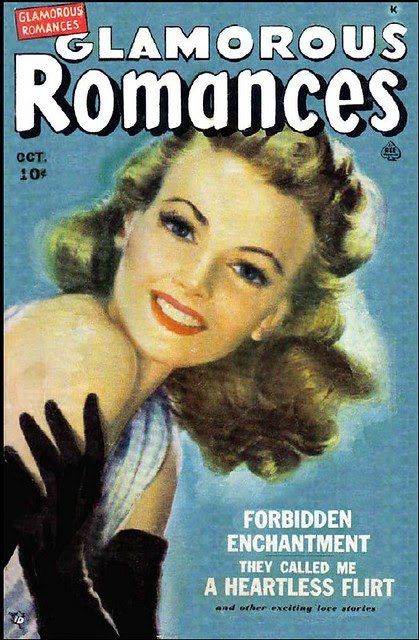 I'm looking at issue 48, which featured an unsigned painted cover.