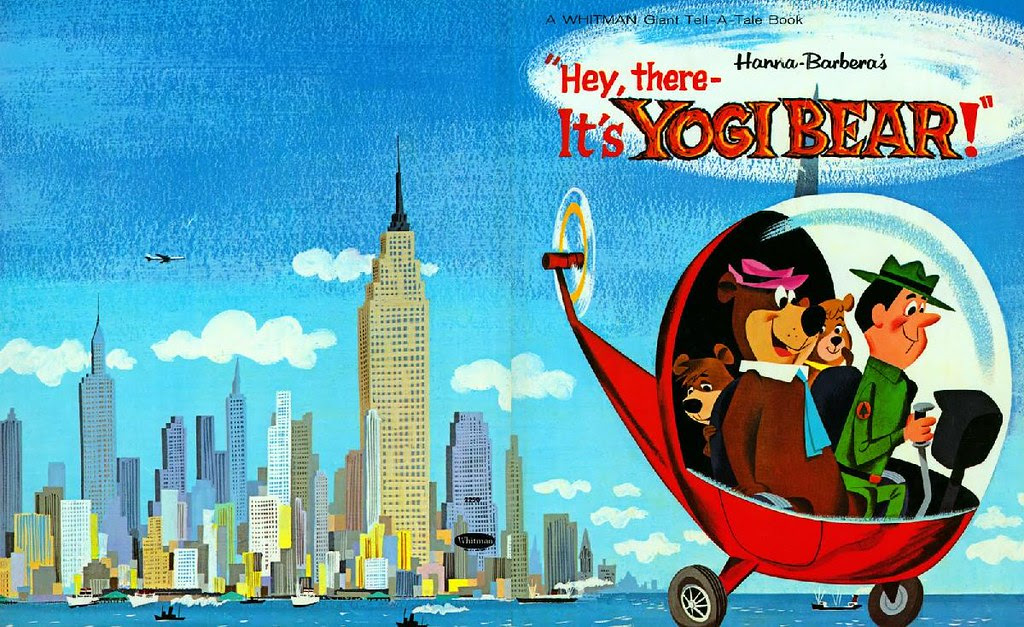 Based on Yogi's first movie!

Movie of the Week: The Time Machine! I have a confession to make... one of the reasons that some categories of cool stuff (especially Hanna-Barbera) tend to be bunched up, and then nothing for quite some time (even when I get back to the "H's") is that when I'm checking out eBay for photos of things I haven't shown here before, sometimes I lose interest in looking for Hanna-Barbera-related collectibles. Oddly enough, it's typically after I've posted some here that I start checking again... but of course, my archives are so backlogged it'll take a long time before those show up here! Anyway, without further ado... 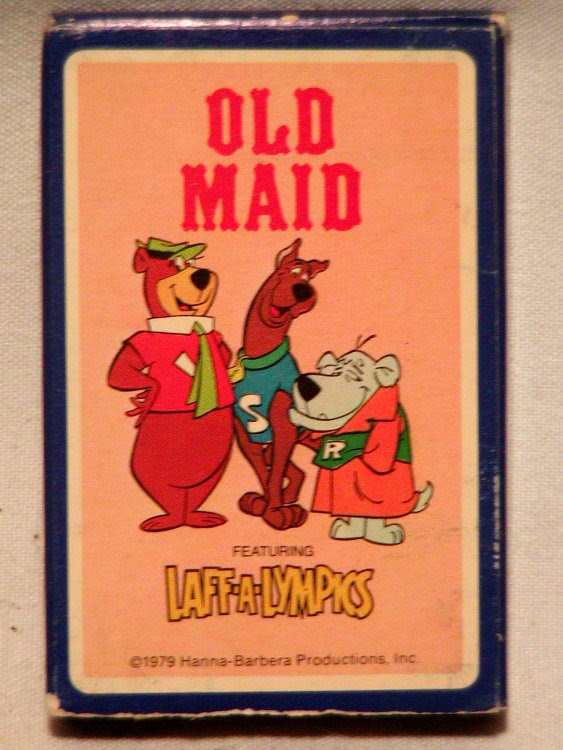 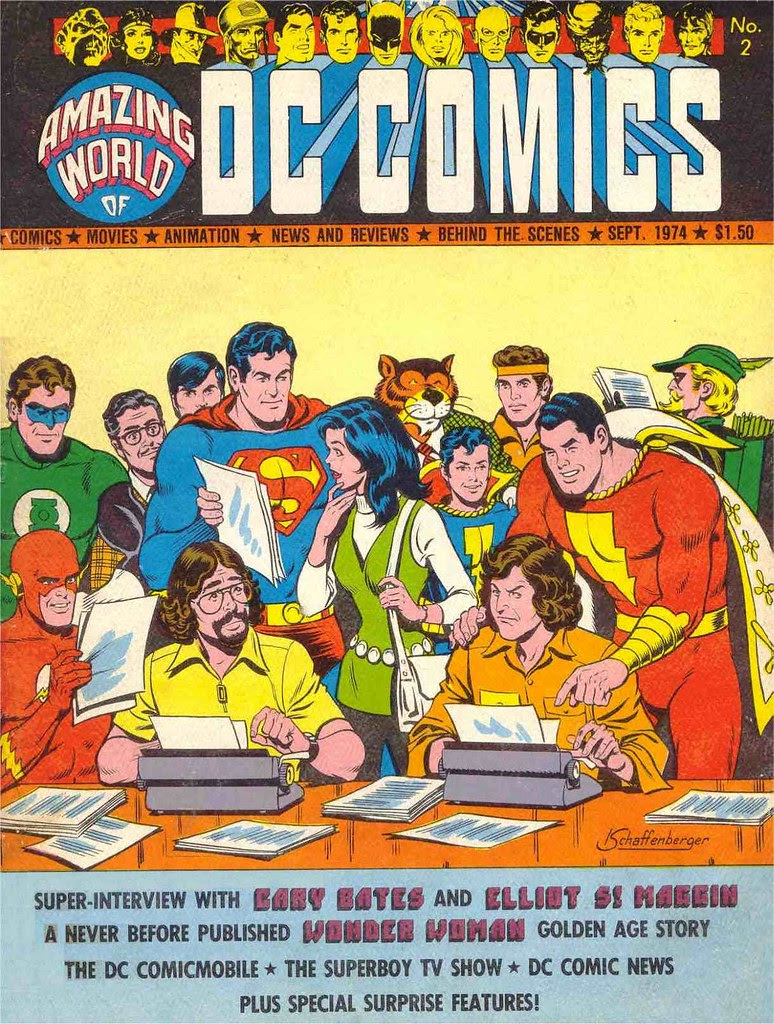 Ten of a Kind: Things That Tick Me Off!

I don't mean to go off on a rant here but... oh, wait, that's exactly what I am going to do! This week's Ten of a Kind are things that tick me off (and of course, when I say "tick" I mean much stronger terminology, but this is a family blog, in theory).

1. People Driving Below the Speed Limit
If you think it's too fast on this road, drive on a slower road! It really frustrates me when I'm on the freeway, for example, and instead of going 65 miles per hour, I'm stuck behind someone doing 50, not able to change lanes because everyone else is zipping by too fast for me to get over!

2. Ordering Something at a Restaurant and Finding Out They're Out of It
Is it really so hard to remember to keep bananas on hand when you have banana splits on the menu? One evening about a year ago, wife Jessi and I went to Denny's to have a dessert, and I was in the mood for a banana split, only to be told they were out of bananas -- because, you know, it's impossible for someone to notice the last one is being used, and then crossing the street to the grocery store and buying another bunch for a dollar!

3. People Who Post Spam in My Blogs' Comments Sections
I've had a few blogs that had to go to all moderated comments because of the spam... who are these people who spend all their time finding blogs to post spam messages to trying to point people to other websites? I guess these must work, because it keeps happening.

4. When the DVR Doesn't Record a Show I've Scheduled
It doesn't happen often, but it does occasionally happen... last time was for a Batman: The Brave and the Bold episode, and I ended up having to buy it on iTunes in order to watch it, because one never knows when it'll be rerun!

5. Currently-Airing TV Shows That You Can't Watch (Legally) Online (for at least a week after they air
I have no idea what the problem is with Fox and some other networks... when we had a power outage here that lasted through a Monday evening, we missed seeing that week's House episode, and we had to wait eight days until it was available on line! Would it not make more sense to have the show available to watch no more than 24 hours after originally airing? It's not like they don't embed commercials in them anyway!

6. CGI Remakes of Classic Cartoon Shows
I'm looking right at you, Underdog, Yogi Bear, and Alvin and the Chipmunks! It just looks weird, and you mess with the original stories too much!

7. People Overcharging Shipping on eBay
I report these people as often as I can, but I don't see that much is ever actually done... There was one item I was interested in bidding on in late December, until I saw that the seller was charging over $50 to ship it! I asked why it was so expensive, and they give me some song and dance about it being 14" by 14" by 14" and weighing 17 lbs, claiming it wouldn't fit in a flat-rate Priority Mail Box... I don't know about you guys, but I'm not going to bid on something for $15 and then pay $55 to have it shipped! And there is no way in hell it weighed that much, I can tell you that. But because none of that seller's buyers ever complained about it, the gouging continued!

8. eBay Auctions With Insufficient Information
Would any of you bid on an auction for, say, a bunch of comic books where the seller can't be bothered to even list the titles and issue numbers (to say nothing of condition)? What about, say, an auction for "Over 100 View-Master Discs" where the description says "too many to list." I'm sorry, but there ain't no such thing... either list them, or at the very least, at least take enough decent photos so we can see what you're selling! These people don't get my money!

9. Not Being Listened To
Ever ask a question and get an answer back that has nothing to do with your question? Ever tell somebody about something and then have them claim ignorance of it less than an hour later... but if you do remind them of it later to make sure they remember, they complain about you repeating it? Yes, it ticks me off, too.

10. People Asking Questions That Were Just Answered Five Minutes Ago or Less
One of the risks of taking college classes is that, sooner or later, someone will not pay attention in class and ask the teacher a question that was just answered! Fortunately, that hasn't happened too much lately...

Email ThisBlogThis!Share to TwitterShare to FacebookShare to Pinterest
Labels: 10 of a Kind, Rant 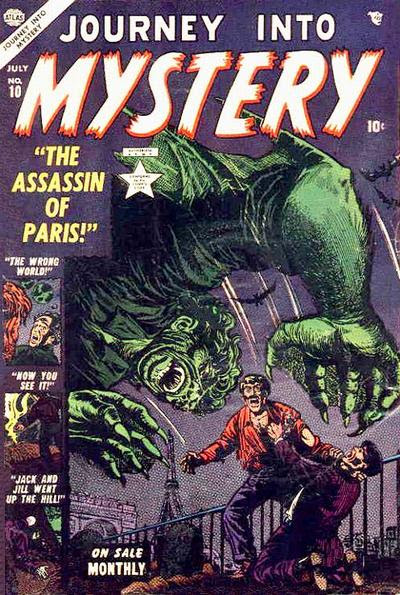 Time to check out Journey into Mystery, which of course eventually became The Mighty Thor! Above is issue #10!

It's going to be another "SUPER" installment this time! 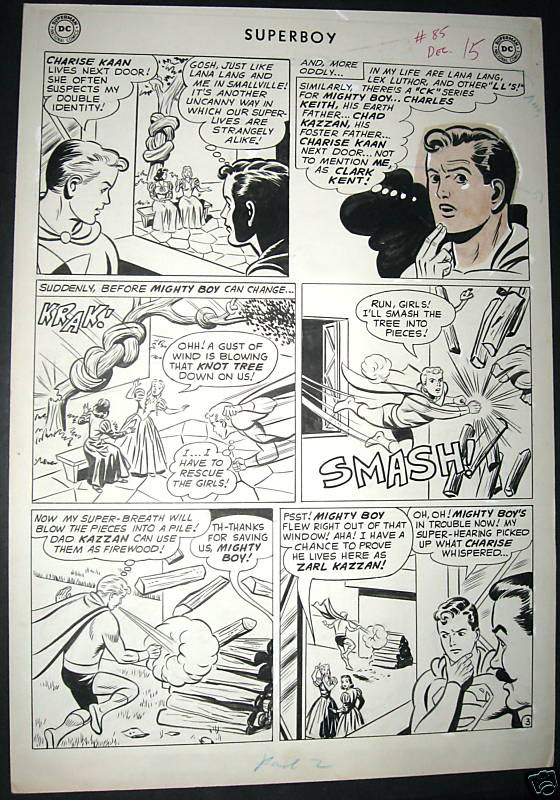 Fantastic Monsters of the Films #3! 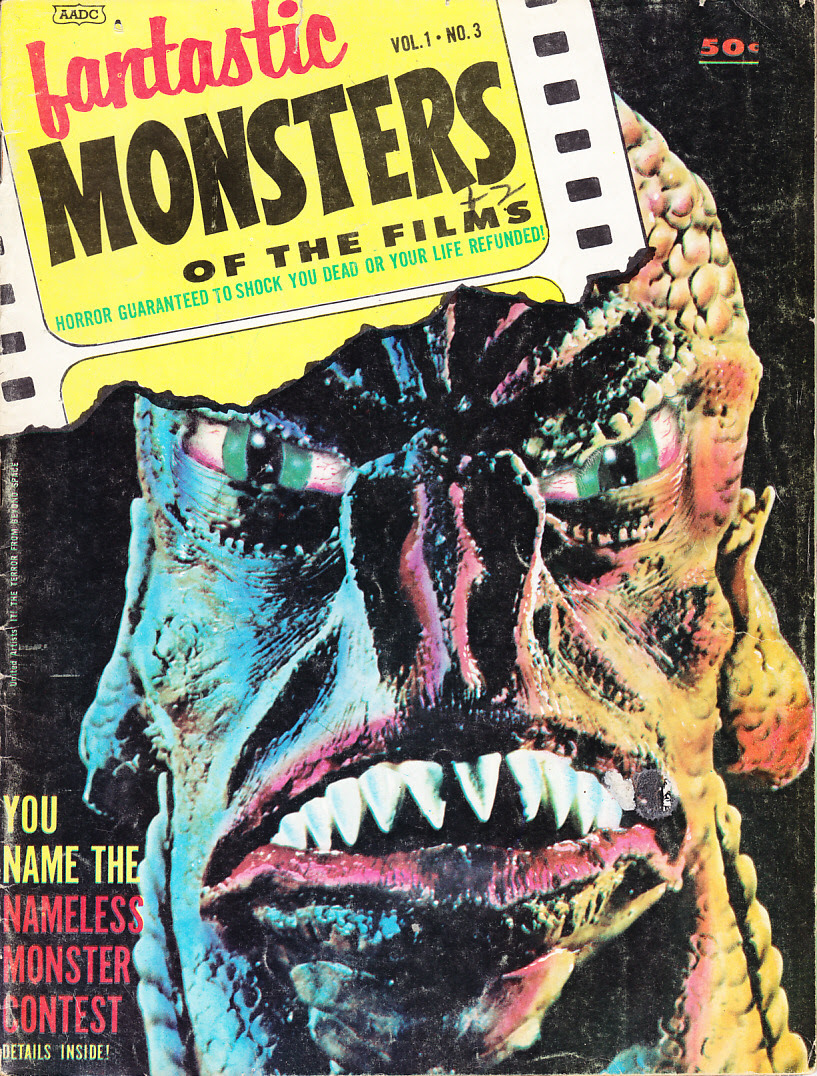 This time around, we move up to the 70s, with ads that appeared in Gold Key's Harlem Globetrotters comic book #3 (and, I'm sure, many other of Gold Key's titles)! 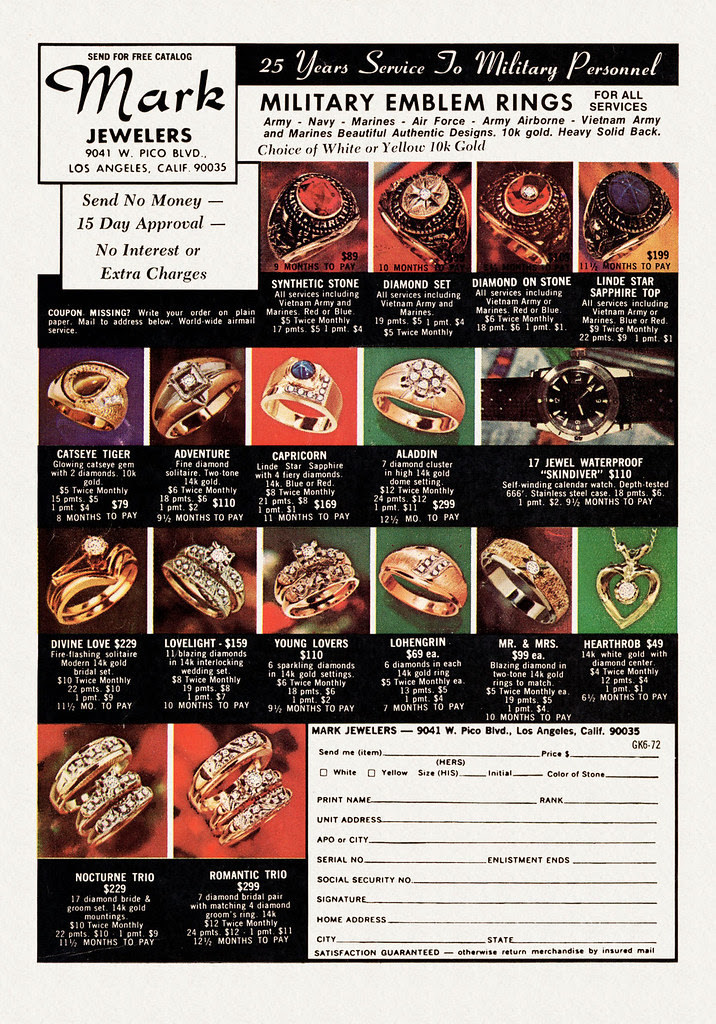 First up is this ad from the inside front cover. As you can see, the headlining rings in this ad are the military emblem rings. Even in the 1970s, advertisers knew that a lot of military men were still reading comic books, and they figured they'd get their money if they could! Of course, they would be happy to sell to anyone, I'd imagine, but I can't see most kids (who were likely the bulk of Gold Key's readers) ponying up $169 for a Capricorn ring back then (or even now!).

Dog of the Geek: Wolfie! 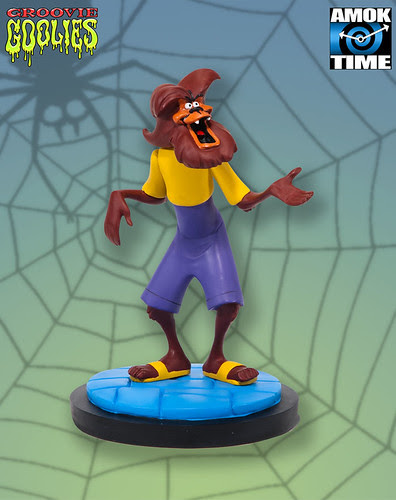 Biography: Wolfie was a hippie werewolf who supervised recreation at the Groovie Goolies' home, Horrible Hall, often getting on Drac's nerves. Wolfie tended to drive inside the mansion in his Wolf-Wagon, or zoom around on a skateboard.

Powers: Wolfie was not a typical werewolf – indeed, he did not seem to have a human form to transform “back” to, being Wolfie all the time. However, one would imagine that Wolfie's strength, speed and agility were greater than that of an ordinary human.

Miscellaneous: Howard Morris' voice for Wolfie was an impersonation of Wolfman Jack. Apparently, there was an idea originally to feature a human identity for Wolfie, but this was wisely discarded!

Let's see what we have for you, this last Monday of March! 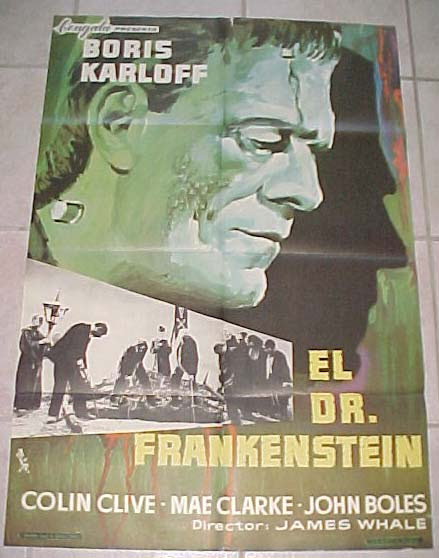 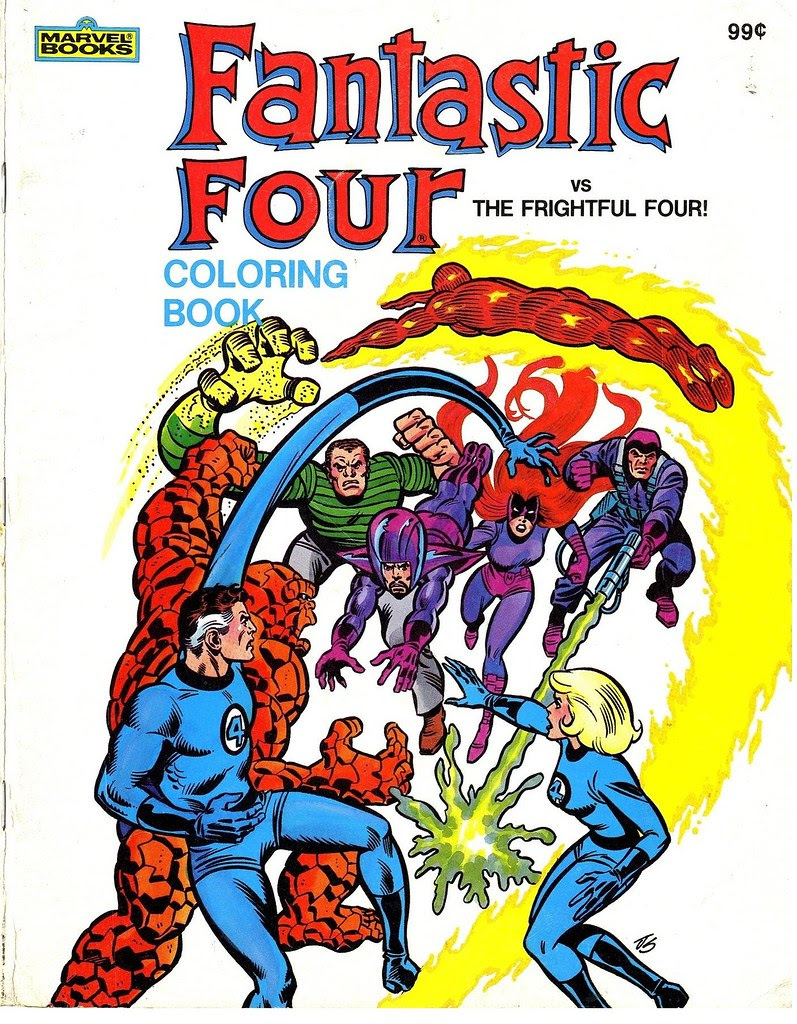 Random Videos of Geekery: Power Records "Captain America and the Falcon: And a Phoenix Shall Arise!" 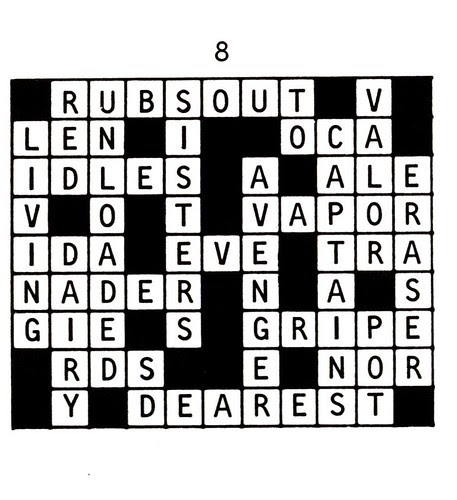 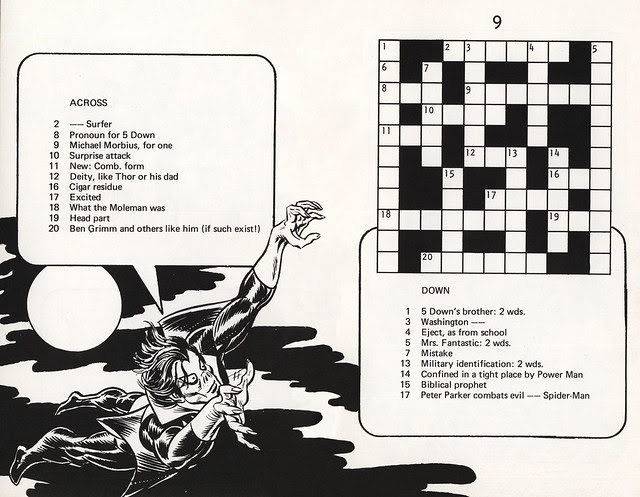 And now we come to the final tale in this issue, “Forbidden Enchantment,” which opens with Laurel King, debutante, niece of millionaire automobile manufacturer Ned King. She was dating Mel Armstrong secretly, because her uncle didn't approve (and he was her guardian, after all). They meet in a park, where Laurel's concerned about a man who's been giving her the eye there. 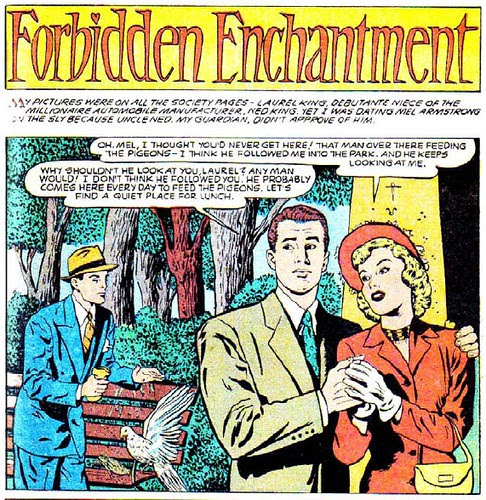