About time I got around to Marvel's merry mutants, isn't it? I could've sworn I'd done this one already. Anyway, here's issue 10, featuring the debut of Ka-Zar... or at least the Silver Age version of Ka-Zar!

It's time for the all-Marvel editions of Cool Stuff! Will there be one post? Two? Three? More? Stay tuned! But for this time around, let's begin with these Marvel Sugar Free Gum wrapper fronts!

The other side of these were the color comics, I believe... and there'll be some of those after the jump!

Movie of the Week: Tobor the Great!

Next week: A done-in-one with Chad Valley's Jungle Book set!

The Way of the Geek #14 – Steven Thompson, AKA Booksteve! 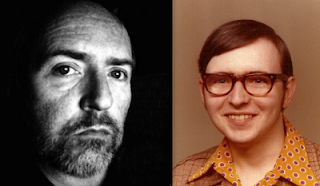 The Way of the Geek makes it's triumphant (if short-lived) return with a spotlight on Steven Thompson, better known to many of you as Booksteve! I feel I should publicly apologize to Steve, given that he'd sent me his responses to my questions long ago, and somehow I managed to lose them, until he contact me after I'd posted back in February that I'd run out of willing subjects! Fortunately, he still had his answers, and provided a new copy to me, along with some updated information! And so, without further ado...

Other Appearances: Charlton comic series, a number of toys, including a board game.

Biography: Penry Pooch is the janitor at the police station. Neither Sgt. Flint (“Sarge”) or Rosemary the telephone operator have any idea that, in reality, Penry is really Hong Kong Phooey! Despite everyone's high opinion of him, however, Hong Kong Phooey is really a major screw-up, and the credit should really go to his sidekick cat, Spot. Phooey travels around in his “Phooeymobile,” and transforms into his alter ego by diving into a filing cabinet drawer (usually getting stuck in the process).

Powers: Hong Kong Phooey learned his martial arts skills (such as they are) from studying the book “Hong Kong Book of Kong Fu.”

Miscellaneous: Phooey was voiced by Scatman Crothers, who also sang the theme song for the program. Sgt. Flint was voiced by Joe E. Ross, better known as Gunther Toody of “Car 54, Where are You?” There were only 16 Hong Kong Phooey episodes produced.

First up, pages from a program book for Godzilla 2000, aka Godzilla Millenium!

Mego Pocket Heroes Hulk is our first item in today's parade, which starts out with some Mego stuff and goes on from there before getting into a bunch of Monkees stuff!

Let's get the Thunder God finished, shall we?