More early 1960s ads from Charlton this time around, these appeared in Konga #7 and other places! This ad was from the inside front cover... apparently someone figured there must've been a lot of balding men reading comic books, eh? I can't imagine seeing a Rogaine ad in current comics!

Movie of the Week: The Undying Monster!

Here's another of those Chad Valley sets that I'm presenting as one video!


Starting next week: Chad Valley's Joe 90, based on the Gerry Anderson TV series!

Yes, I know, we've jumped a whole mess of issues... hopefully I'll be able to obtain scans of the issues I've skipped over for future installments! 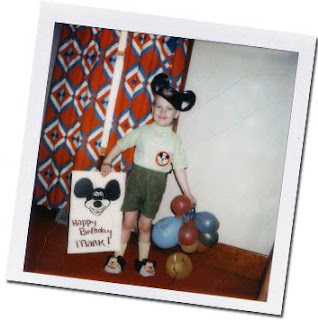 Mark Anderson is the proprietor of the Andertoons.com website, from which he also posts a daily blog that I believe would be of interest to my fellow geeks! Mark grew up in Iowa, the youngest of four children. These days, he lives in the Chicago area with his wife, two kids, dog, two cats, “and numerous dust bunnies.” Mark is a professional cartoonist (the first featured on “The Way of the Geek”), whose work has been published in such varied publications as Reader's Digest, The Wall Street Journal, Good Housekeeping, Forbes, Barrons, Woman's World and many others. His cartoons also appear on greeting cards.

Taking a break from the Hanna-Barbera stuff in CBT for a posting... this time around, it's the Isis Golden All-Star Book, based on the Filmation series!

This time around, it's more Marvel stuff, beginning with some Captain America stuff you've probably already seen if you were reading my late Captain Ameriblog! Above is a 1979 Crackerjack sticker featuring Cap!

An extra-large issue this time around!

Just in case anyone had the idea that it was Charlton who was the king of retitling books and retaining the numbering (despite no connection to the old title), I present this edition of By The 10s!

This title began as All-Select, featuring Marvel's Big Three and a few other characters! Issue #10 above!

Biography: Waldo P. Wigglesworth traveled the world with the frog Hoppity Hooper and Filmore the bear as they sought their fortune and went through various misadventures.

Email ThisBlogThis!Share to TwitterShare to FacebookShare to Pinterest
Labels: Cartoons, dog of the geek, Jay Ward

After three posts of Kenner Fun Catalogs, I figure you guys are ready for something different... so this time around, it's some ads from early 1960s Charlton books! These ads appeared in Konga #6, as well as other titles, no doubt! The first ad I'm presenting is an old Johnson Smith novelties ad! There's a lot of the usual suspects there... the live chameleon, the pocket transistor radio, hypnotic whirling coin, and miniature camera! The Vacutex is kind of an oddball item, being designed to get rid of blackheads... not quite the fun kind of stuff the rest of the page offered!

Godzilla Spanish Mini Poster starts this week's Godzilla-fest off! And don't forget, for a daily dose of Godzilla and other giant monsters, check out my Go-Go Godzilla! blog!

Yes, it's another Huck tale, this one without a specific title!

Now, it's time for an adventure of the original Blue Beetle, in “The Cobra's Kiss!” It's the final story in this comic!