If you choose to watch this next one, don't blame me if you have nightmares...

Movie of the Week: The Vampire Lovers! 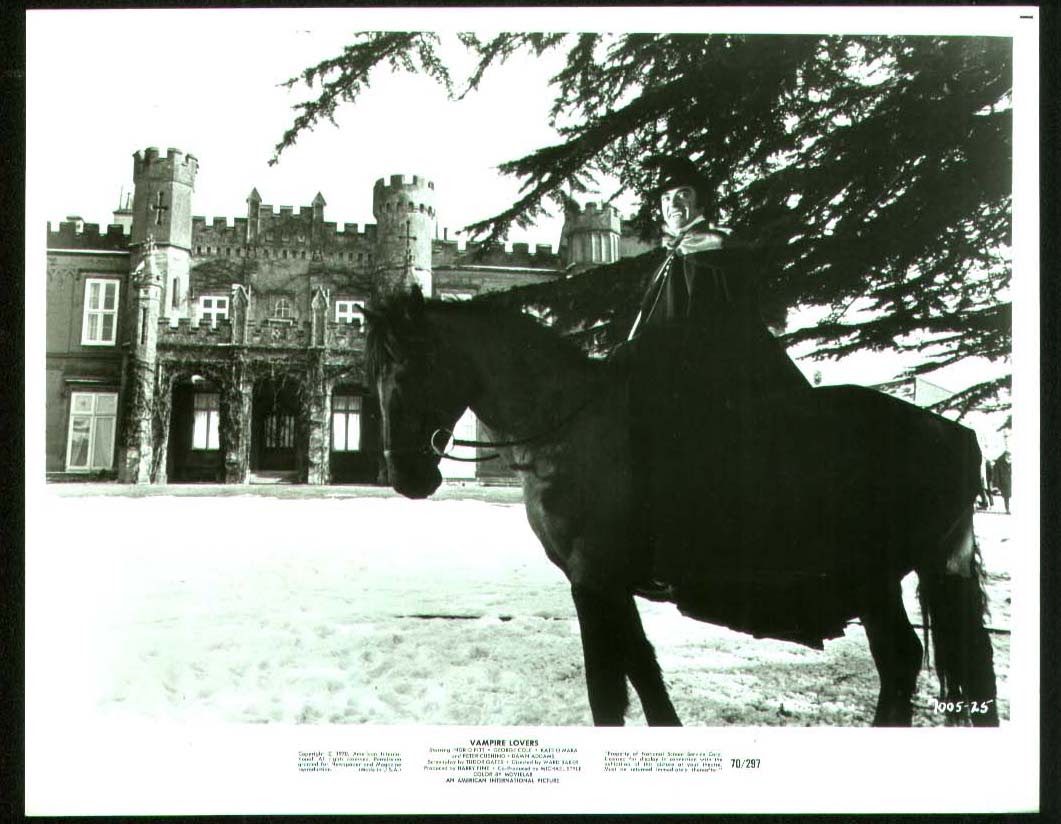 Trailer (with a commercial) and more after the jump!

For a change of pace, I'm moving from ads that were in Charlton titles to some ads from Gold Key books! These in particular came from Little Monsters #34, although I'd imagine they appeared in all Gold Key titles for that month! 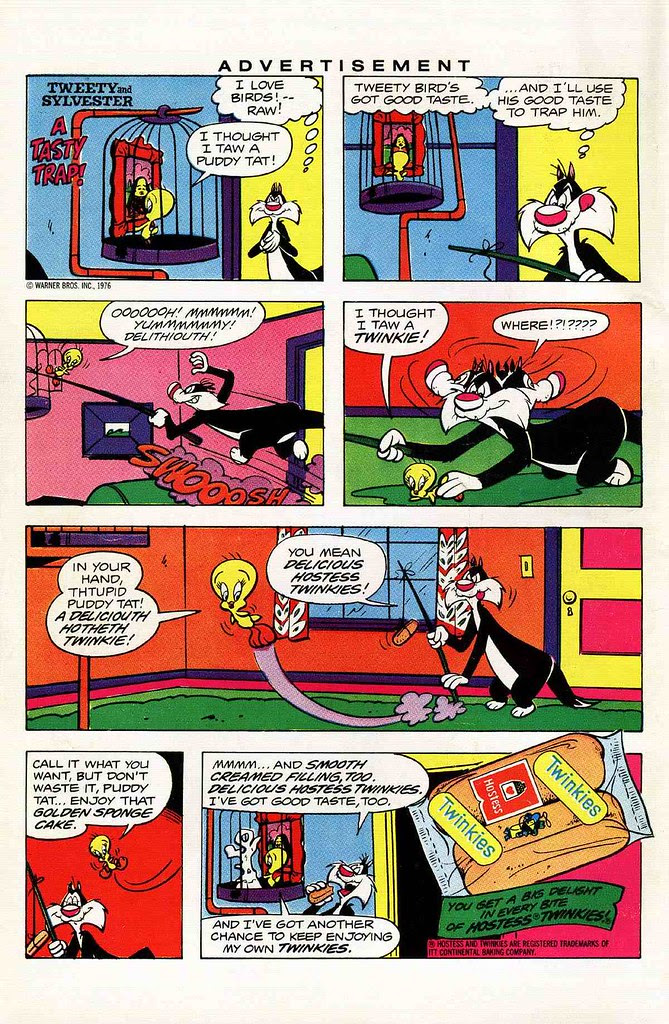 Most comic geeks my age tend to recall the Hostess ads with DC and Marvel characters, but it's easy to forget other characters got in the act, like Tweety and Sylvester above! 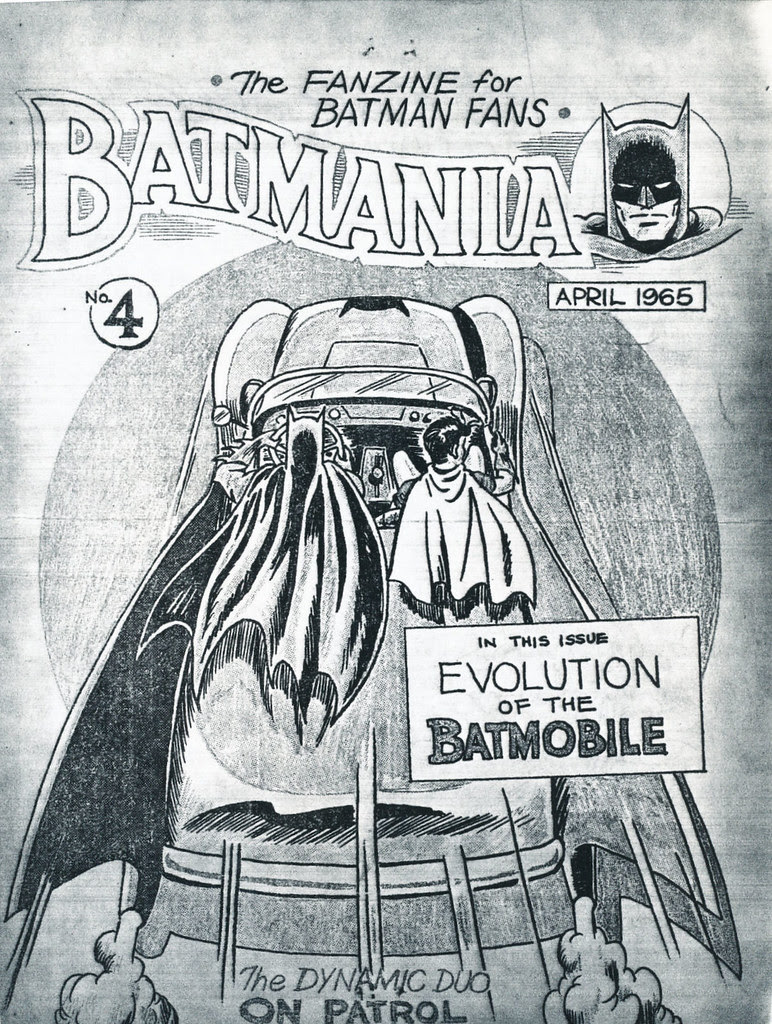 Here's the full set of the Chad Valley Daktari slides!

10 of a Kind: Filmation Shows Not on DVD

This week's 10 of a kind is influenced by some recent (well, recent as I'm writing this entry) freelance work I did for Andy Mangels, transcribing some vintage interviews with Filmation head honcho Lou Scheimer! Longtime readers of the Random Acts of Geekery may recall that my first work for Andy Mangels was transcribing special features interviews for BCI/Eclipse's all-too-short-lived DVD releases of a bunch of Filmation shows, but there's still plenty that haven't been released on DVD yet -- probably mostly for licensing reasons! Now, I'm not saying that these shows SHOULD be released on DVD... they just aren't!

NOTE: Videos have been corrected now!

1. Journey to the Center of the Earth

I only have vague memories of this series, to be honest. There were 17 episodes of this series, which came out in 1967. I don't know why this one's not been released on DVD... I suppose since some of the characters used weren't in the original novel, but rather were in the 1959 movie (like a comic relief duck). Either way, I do remember this as being enjoyable, as most of Filmation's adventure shows were.

Yes, I just posted this video here a few months ago, I know... Anyway, this is another 17-episode one-season wonder. Here it's definitely a matter of licensing issues that's keeping it off my DVD shelves. I absolutely remember watching this as a kid, because the whole shrinking thing is still one of my favorite subgenres of science fiction (not as big a favorite as time travel, but I digress).

Yes, licensing is probably keeping this one from being released! This show was released in 1969, a year after Filmation brought Archie to the small screen, and the success of Archie clearly influenced this show! I mean, why else would a series adapted from a series of detective novels have a live-action rock band in the opening credits (as well as performing a song during the show itself). This band actually had an album released. This was another childhood favorite of mine that had 34 episodes -- two seasons!

4. Will the Real Jerry Lewis Please Sit Down?

Another favorite of mine from childhood, this was an 18-episode series that ran for two seasons starting in 1970 (the second season was all reruns). Believe it or not, Jerry Lewis actually was involved in the creation of the show, although he didn't provide his own voice (that was provided by David L. Lander, best known as Squiggy on Laverne & Shirley).

Spinning off of the phenomenally popular "The Brady Bunch" prime-time show, this adaptation took equal parts of the earlier Archie format (with the Kids having a band that performed a music segment during the show) and Mission: Magic (except the magic was provided by a bird, plus there's the pandas. Of course, Mission: Magic was still a season away). Maureen McCormick apparently wanted little to do with this show at some point, so Lou Scheimer's daughter Erika provided Marsha's voice. Erika's brother Lane also took over as the voice of Greg Brady at some point. This show was on for two years. Obviously, the biggest hurdle to DVD release is the rights to the Brady Kids themselves, but there were also the episodes guest-starring other characters, such as the Wonder Woman episode excerpted above (Superman also appeared on an episode, and I think the Brady Kids even met the Lone Ranger at one point).

Yeah, in the 1970s, there was a whole slew of animated shows that were adapted from live-action television shows! This was another of Filmation's entries in that vein, based on the old "My Favorite Martian" series. Jonathan Harris (who would have a long involvement with Filmation) provided the voice of Uncle Martin, taking over from the live-action show's Ray Walston.


Filmation had two different Shazam! TV shows, and both of them deserve DVD release, in my opinion. First, of course, is the live-action version that so many people near my age fondly remember. This classic show lasted from 1974 to 1977, and I believe it was the first live-action show Filmation ever produced (although the 1975 season would feature much more). Believe it or not, there were only 28 episodes produced!

The animated Shazam! was part of the Kid Super Power Hour, and the other part of the show, Hero High, has been released on DVD. The Shazam! animated series (which was more directly based on the comics than the live-action version was) did have some limited release on videotape, but definitely no DVD release! I have no idea how many Shazam! segments were animated.

8. The Secret Lives of Waldo Kitty

Another favorite of mine, mixing live action with animation in this play on the classic James Thurber story. Waldo's fantasies allow for a whole variety of parodies! This show was supposed to get a DVD release with Fraidy Cat and possibly other cat-themed Filmation shows, but BCI's fortunes took a turn for the worse, and the Filmation releases from them came to an end.

9. Tarzan, Lord of the Jungle

If you're only familiar with animated Tarzan via the Disney movie and spin-off animated series, I feel sorry for you, because the earlier version by Filmation is way, way better! In fact, I think it's probably the most accurate version of Tarzan ever produced outside the original novels!

OK, I'll admit it... I briefly considered using "The New Adventures of Gilligan"/"Gilligan's Planet" as the final entry for this list, but good taste won out. Even as a child, I couldn't stand the animated Gilligans... but on the other hand, my siblings and I loved the animated Lassie! This was one of the successes of ABC's Saturday Superstar Movie, and lasted quite a while! Come to think of it, the Brady Kids were also featured on the Saturday Superstar Movie before their series launched that same season.

Of course, there is lots of Filmation stuff that is out on DVD, and below is a nice sampling of them:

Email ThisBlogThis!Share to TwitterShare to FacebookShare to Pinterest
Labels: 10 of a Kind, Cartoons, Filmation, videos 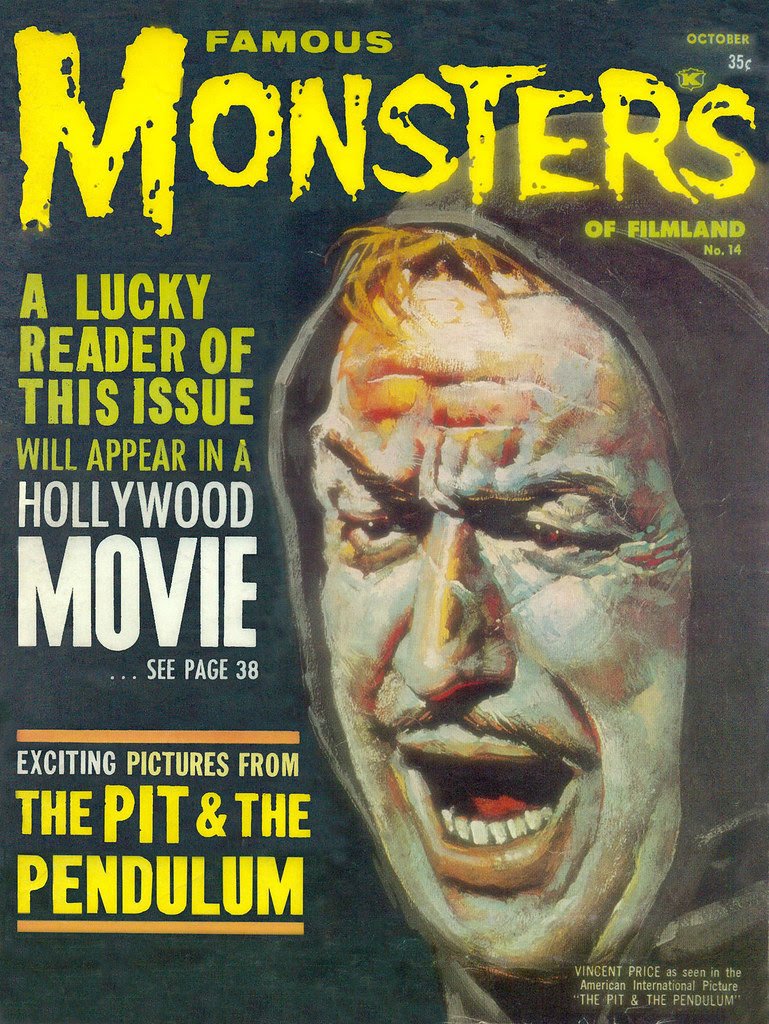 Cool Stuff: Last of the Marvel Stuff... and More, Besides!

Let's get the rest of the Marvel items out of the way here, shall we? (Well, of course, there'll probably be Spidey items as we get to the "S's") 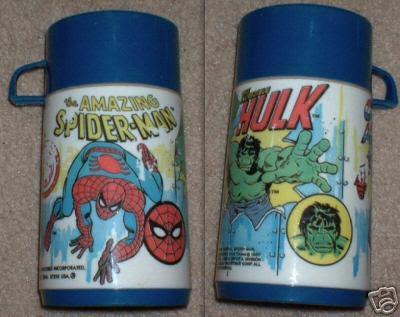 You can barely see on this Marvel Thermos that Captain America is featured along with Spidey and the Hulk! 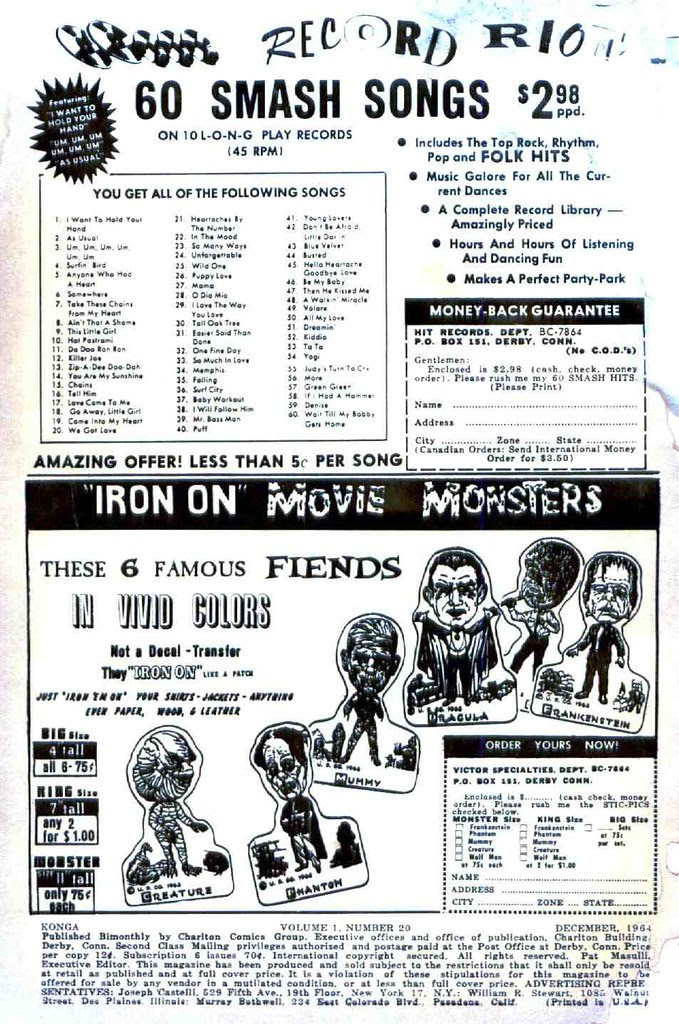 Now, I've already mocked the "Record Riot" ad before, so I'll skip that one... on the other hand, I've never presented the Iron On Movie Monsters Before, and I have to say, they're kind of cool (big heads aside)! I'm not sure I've ever seen these turn up on eBay in all my searches! 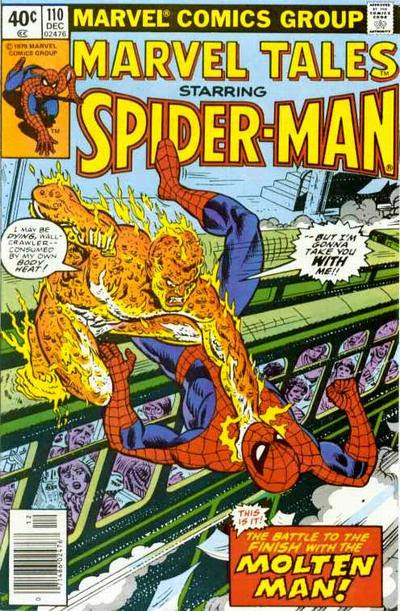 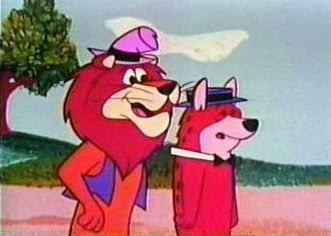 Biography: Lippy and Hardy were another in the line of Hanna-Barbera characters who were trying to get rich quick. Lippy's schemes and optimism were a sharp contrast to Hardy's pessimism. Of course, the big gag about Hardy was that he was the opposite of a “laughing” hyena. Hardy's signature quote was “Oh me, oh my, oh dear” or variations thereof. 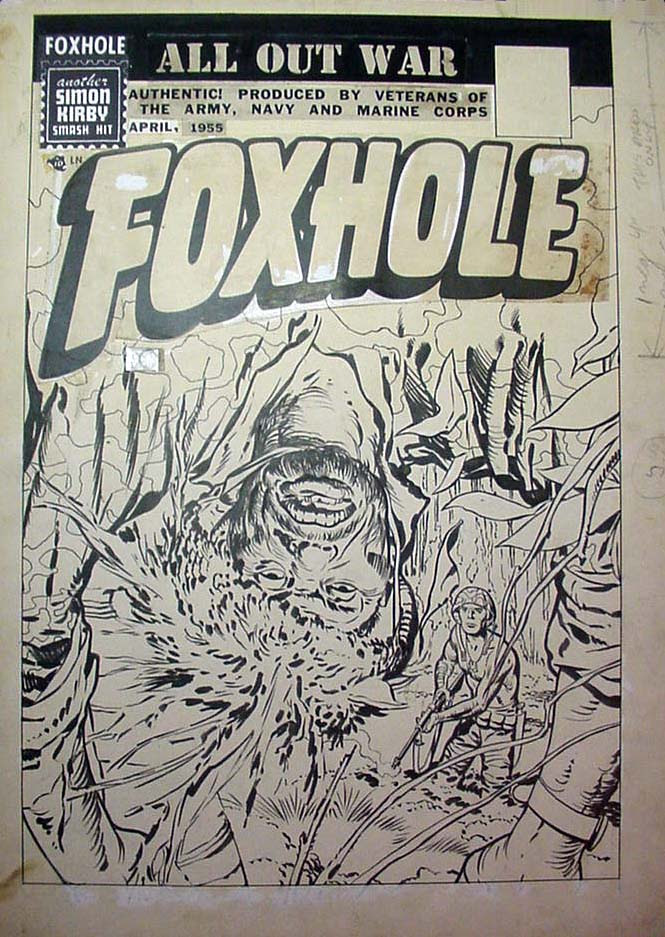 This installment begins with an unpublished cover for Harvey's Foxhole by Jack Kirby!

Time for another Monster Monday! And we're still looking at some King Kong-related items to begin with!

Like this Japanese insert poster for King Kong Escapes! More from that movie (and other stuff, too) after the break!

Another few convention costume videos for you! 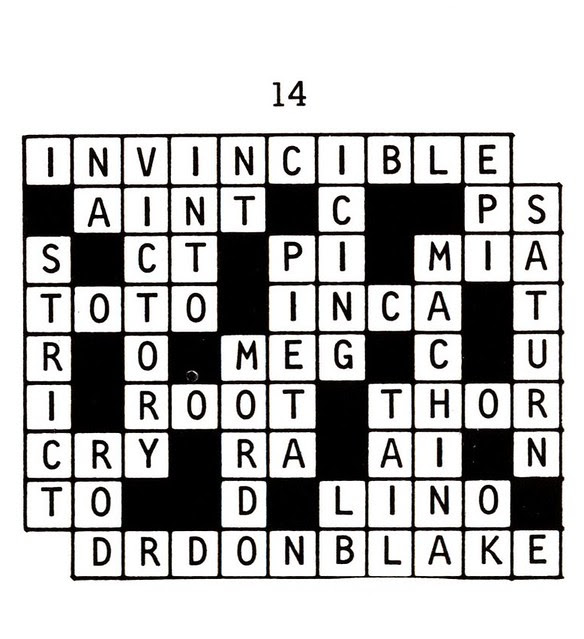 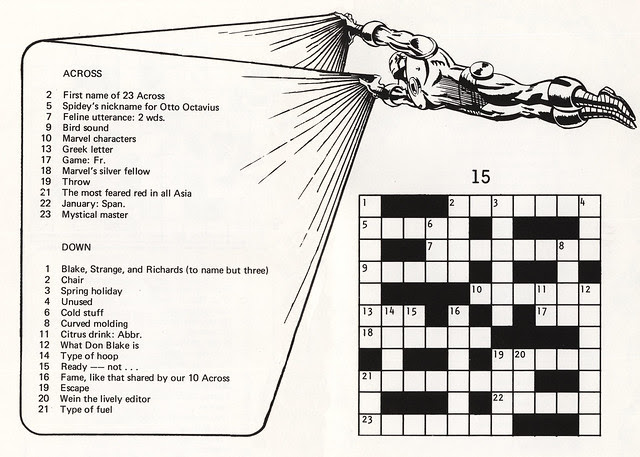 We begin this installment of the Retro-Review of Startling Comics with the Masked Rider, one of the many Lone Ranger imitators, featuring the art of John Daly. The tale begins as Shep Hogan and his gang ride towards Burro Junction. On the way, they discover a cattle drive herding sick steers to be made into glue. Shep tells the owner of the steers that he'll be lucky to get a buck a head, but he'll offer that plus an extra $50. The guy figures Shep is loco, but goes along with it. Later that day, the Masked Rider enters town. He figures that he'll be able to get a job as assistant to Lynes, the cattle inspector, because there's been a rash of blackleg (some form of illness, the same as the drive's steers had that Hogan bought) in the steers. When he goes to see the sheriff, he's told that the inspector has left to look over Jack Deering's stock. The Rider heads out to find him.