Movie of the Week: When Dinosaurs Ruled the Earth! 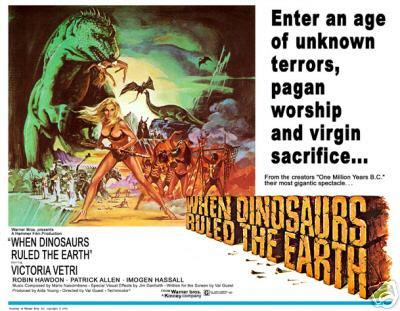 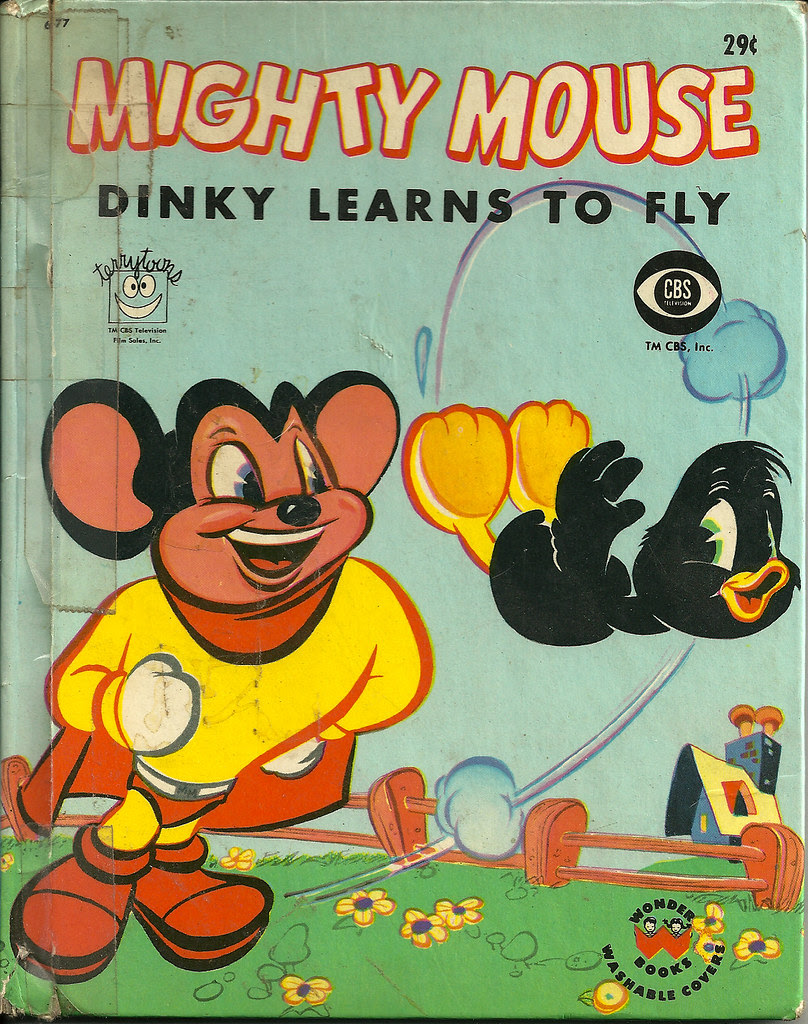 Here's the first issue of a monster magazine that was devoted to the Hammer horror films, although other coverage appeared here and there, I believe. This one should be brand-new to most of you!

Dog of the Geek: Scooby-Dum! 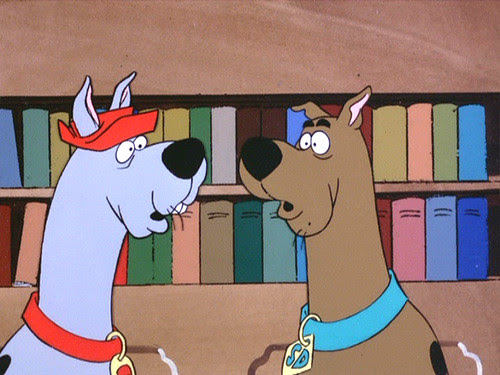 Other Appearances: Laff-A-Lympics (1977). He may have also appeared in some merchandising.

Biography: I believe Scooby-Dum was the first of Scooby-Doo's relatives presented in the program, although what relative he is remains unclear! In most instances, he's referred to as Scooby's cousin, although in one show he's identified as Scooby's brother. Dum lives with Ma and Pa Skillet in the Okefenokee Swamp of Southern Georgia. When he hears the word “clue,” he pulls out a magnifying glass and chants the first four notes of Beethoven's Fifth Symphony.

Powers: Scooby-Dum has the ability to speak, like Scooby-Doo does, although without the “speech impediment” of starting every word with an “r” sound.
Group Affiliation: Ally to Mystery, Inc.

Miscellaneous: Obviously, at this point Scooby was being considered as the family name, with Doo being the individual's name. At least, it would've been if anyone had been thinking of doing anything but coming up with “Dum” to imply that he's stupid! All other relatives of Scooby-Doo's have had “Doo” as the family name. I suppose it's possible that both dogs were named “Scoobert,” nicknamed “Scooby,” with parents that were related, one with the family name of “Doo” (Dum's mother) and the other “Dum,” but perhaps I'm overthinking it. 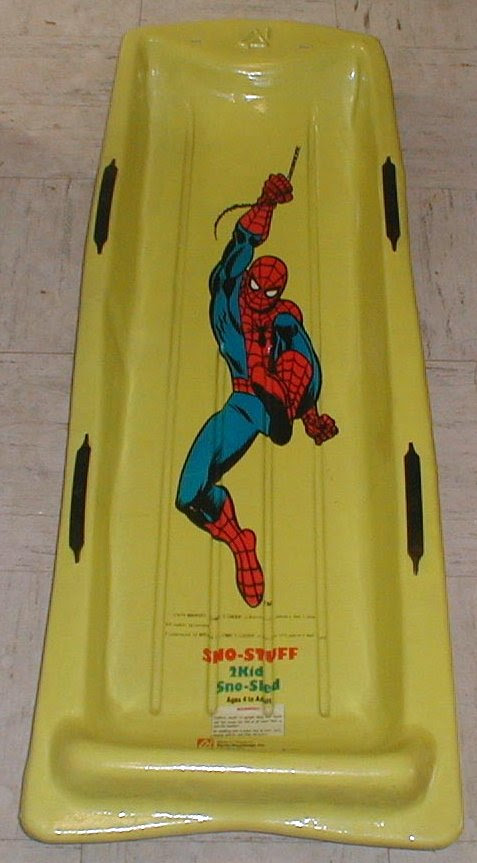 First up this time around is this Spidey Sled! Now, I don't know about you, but when I think of a comic book character that should be put on a sled, Spider-Man doesn't exactly come to mind! Then again, I don't know that Iceman would've been a great choice from a marketing point of view, unless this had come out during the original run of "Spider-Man And His Amazing Friends"! 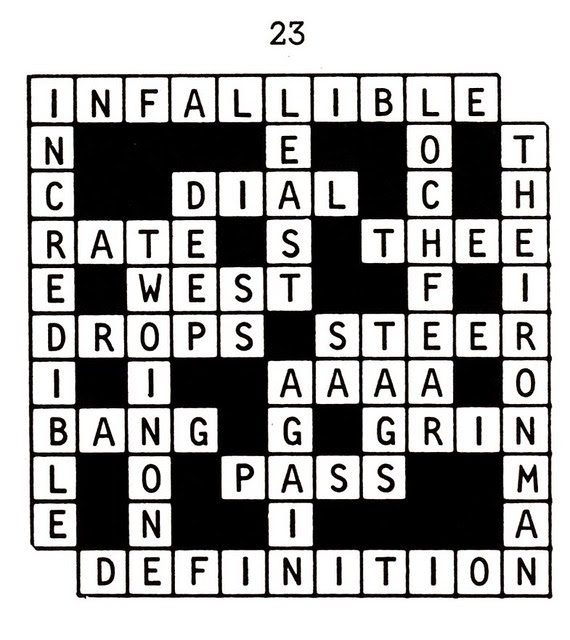 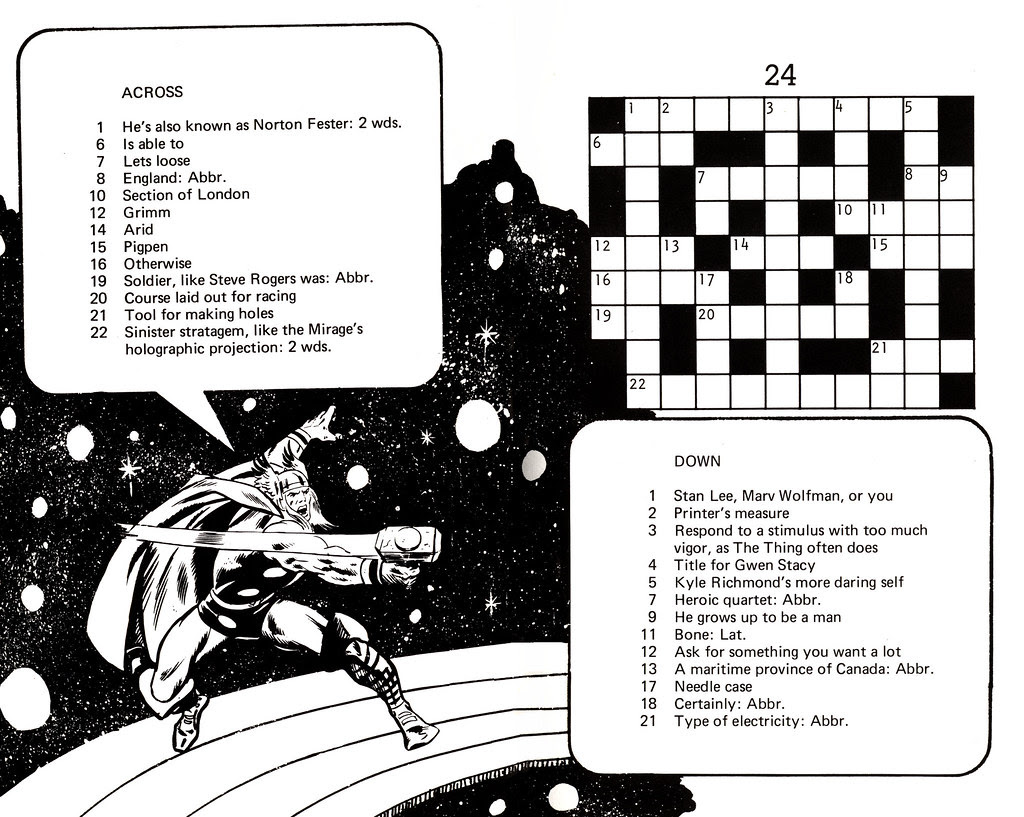