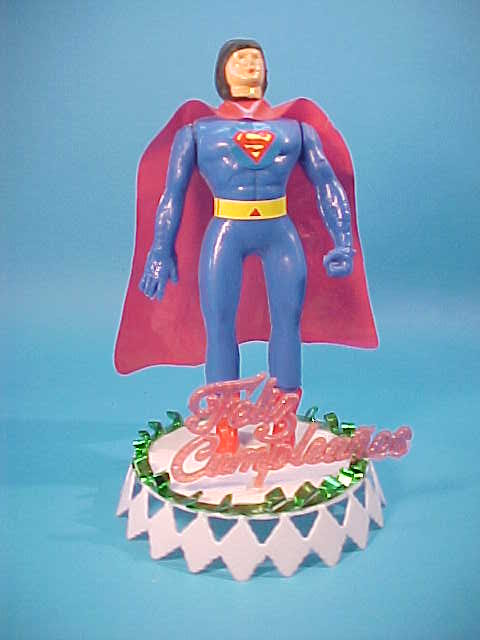 And we continue the parade of Superman goodies with this 1970s Superman cake topper... usually the South American comics-related items are pretty cool, but this one is pretty sad, isn't it? Well, there'll be cooler stuff after the jump!

Here's Chad Valley's version of The Aristocats, in four parts! Chad Valley, as you may recall, was the UK distributor of the Give-A-Show Projector, producing many original sets!

Next up: The second Chad Valley Tom & Jerry Set, as we go from Chad Valley's Give-A-Show to the Sliderama, given that they no longer had the license for Give-A-Show Projectors anymore (not that the projector itself looked any different!). That's coming up in two weeks! 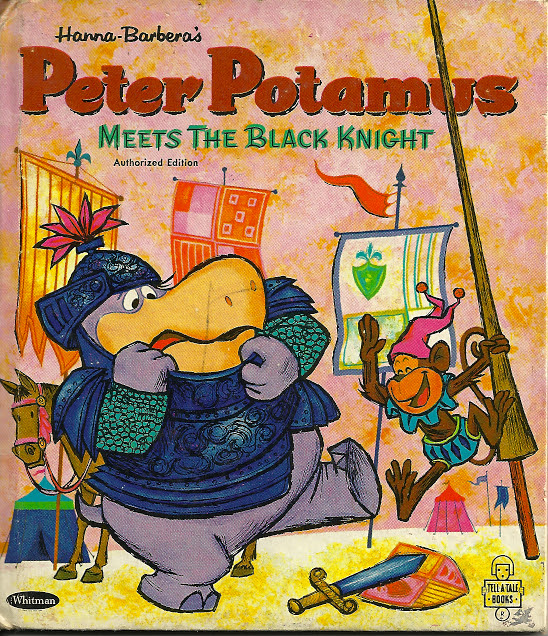 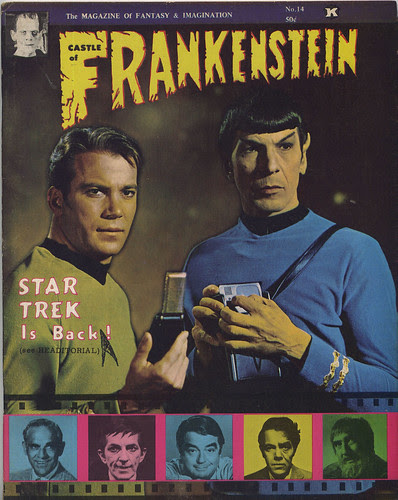 Dog of the Geek: Underdog! 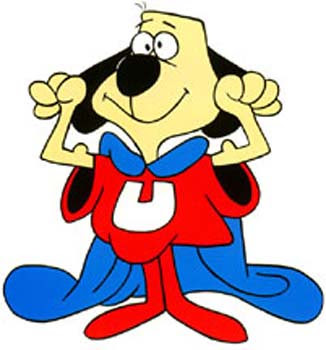 Other Appearances: Comic books from Charlton and Gold Key, among other publishers. A number of Underdog toys and books have also been produced.

Biography: Nobody has any idea that the humble and loveable Shoeshine Boy, when there's a cry for help, becomes the amazing Underdog! Underdog's powers came from his Underdog Energy Vitamin Pill, which he'd always keep an extra on hand in his hollow ring. Underdog would always speak in rhyme while saving Sweet Polly Purebred and the world from the machinations of Simon Bar Sinister, Riff Raff, Overcat, Battyman, and other criminals.

Miscellaneous: Voiced by Wally Cox, Underdog was a classic television cartoon that was later remade into a live-action movie, the less said about the better. 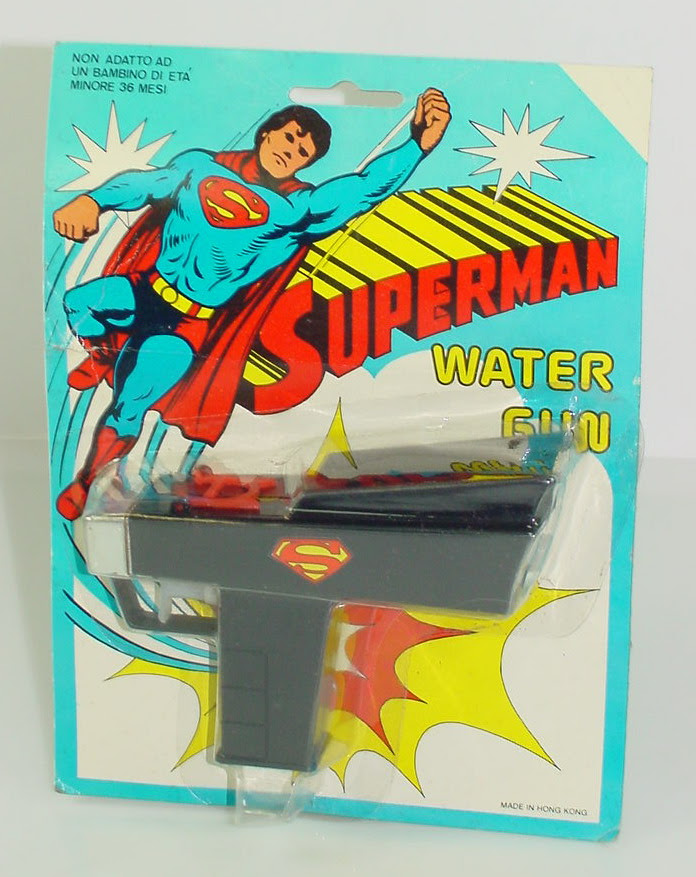 First up in this parade of Superman cool stuff is this Superman "Pistola," which I believe was made in Italy. What's really unusual about this item is that it appears to be the same water gun that AHI produced as a Batman squirt gun, but with a Superman S-shield on it -- even though I don't ever recall seeing an AHI Superman squirt gun!

In case you can't make it out, it spells out "Criminals are a superstitious cowardly lot, so my disguise must be able to strike fear into their hearts. I must become a creature of the night." 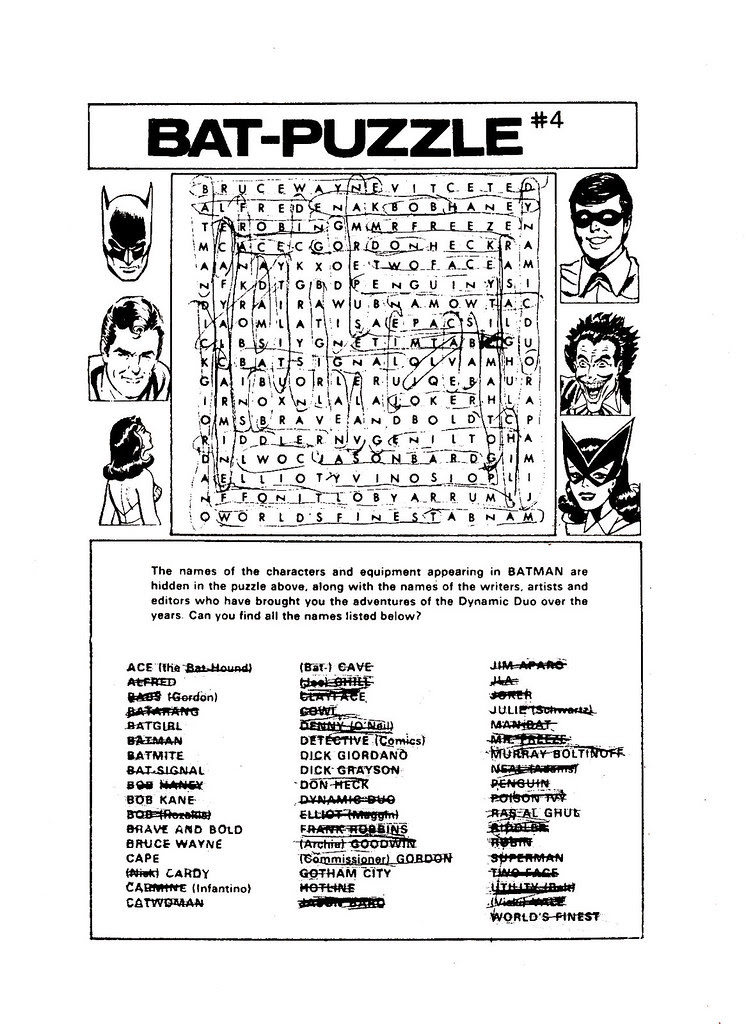 Unfortunately, a previous owner had already filled in some of the answers...