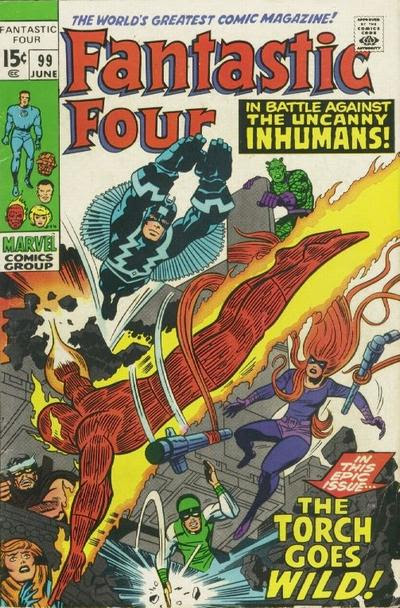 First up this week is Fantastic Four #99, and it's a great example of how Jack would fit a number of characters on a cover and give each its own spotlight! Although to be honest, I'm not sure how much good Karnak thinks he's doing... 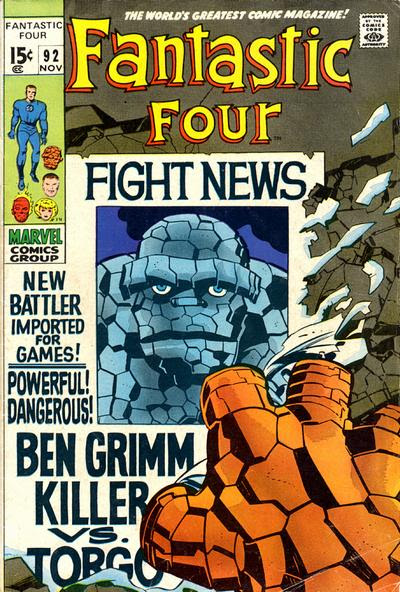 Next, it's FF #94, and I have to tell you, it's one of my favorite FF covers... it's really very simple, right? The Thing's tearing down a poster promoting a fight he'll be in. But look at the detail... Jack didn't just have the paper tearing, he had the wall behind it crumbling as well, because that poster would've been glued to it! Brilliant! 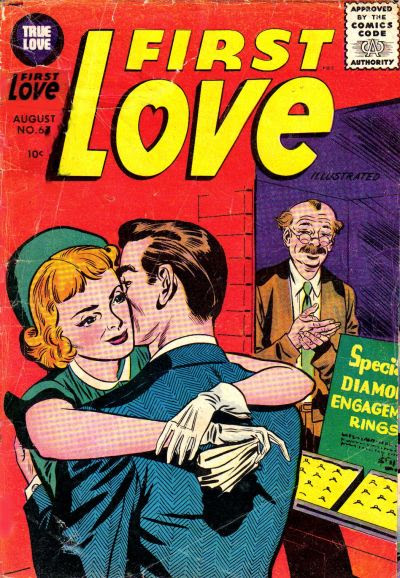 Next up, we have First Love #67, which doesn't look much like Kirby's work, does it? Well, Nick Caputo identified it as Jack's pencils with inks by Jack and George Roussous, so it seems pretty likely! Weakest Kirby Kover ever? 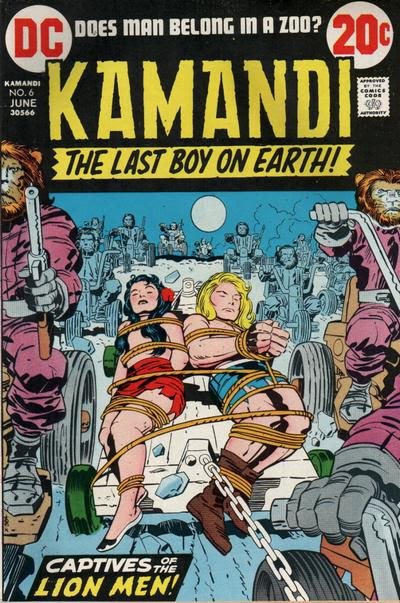 Lastly, here's Kamandi #6! Notice how Jack has the lion men used as framing for Kamandi and his lady friend -- fortunately the colorist picked up on that and colored it appropriately, eh? There do seem to be some problems with the foreshortening Jack was using here, though... Kamandi and Flower (that was her name, wasn't it?) just look oddly posed!
Posted by Jon K at 12:01 AM