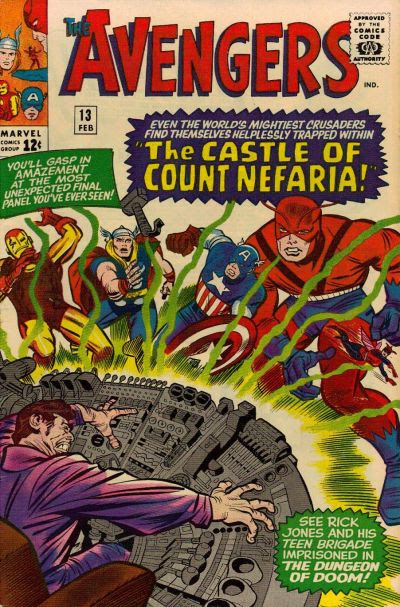 First up this week, it's Avengers #13, with the original Avengers plus Captain America facing off against Count Nefaria! You know, I never really bought the idea of the Count (at least as depicted here) being much of a threat to the Assembling Ones, but at least on this cover, sitting behind a panel of Kirbytech, he does look much more of a threat than one would otherwise consider a guy in a loose-fitting purple jumpsuit! 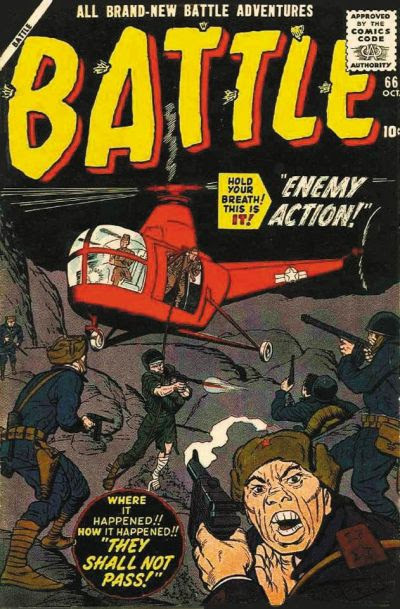 Next, we have Battle #66. What's interesting to me about this cover is that it looks like Kirby designed it so the Chinese (?) soldier in the foreground should be shouting something, but then there was a blurb put on there instead. That soldier, whoever he is, is certainly brave, hanging from a rope from a helicopter and taking on at least four enemy soldiers! I guess only one of them figures it's easier to hit the chopper than the soldier! 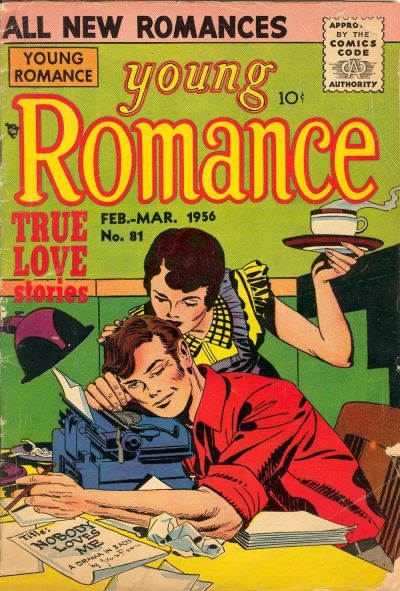 Next, it's Young Romance #81... and one could almost imagine that Kirby took inspiration for this cover from his relationship with Roz! 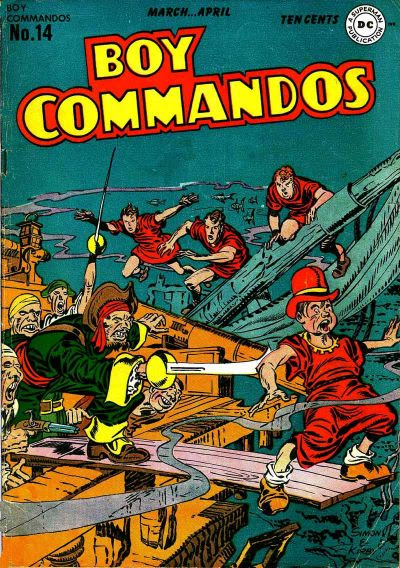 And in conclusion, here's the cover to Boy Commandos #14, with Brooklyn in rather an unusual predicament! Kind of strange to see the boys in a non-war setting, isn't it?
Posted by Jon K at 12:01 AM