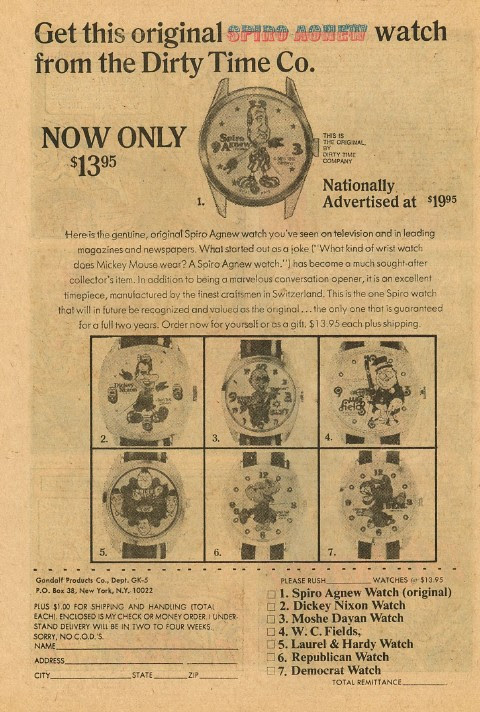 The first ad this time around has to be one of the oddest ads I've ever come across in a Gold Key comic book, ever (this was from Mighty Samson #21, by the way)! I mean... typically, the target audience for these books were kids... why would they be interested in watches with Agnew, Nixon, or Moshe Dayan? Now, maybe the W.C. Fields or Laurel & Hardy watches... but not the political party ones. I'm sure these are all ridiculously valuable these days, of course! 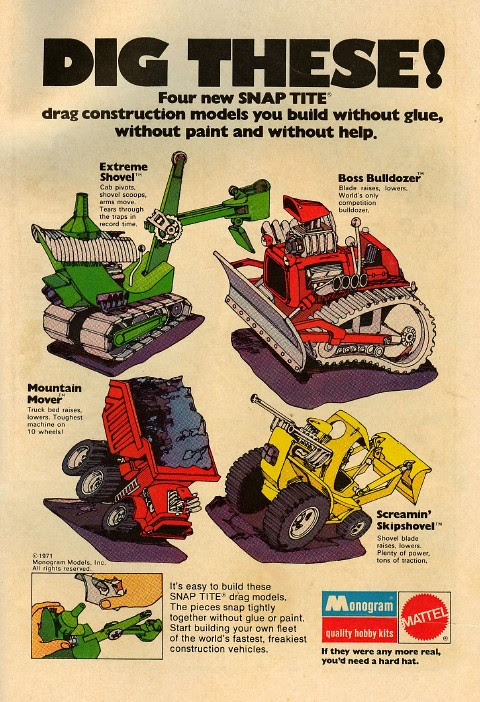 Here's a fun ad from the inside back cover from the same issue... part construction vehicle, part hot rod, and part super deformed! Yes, that's right, these looked like these drawings! Pretty fun stuff! 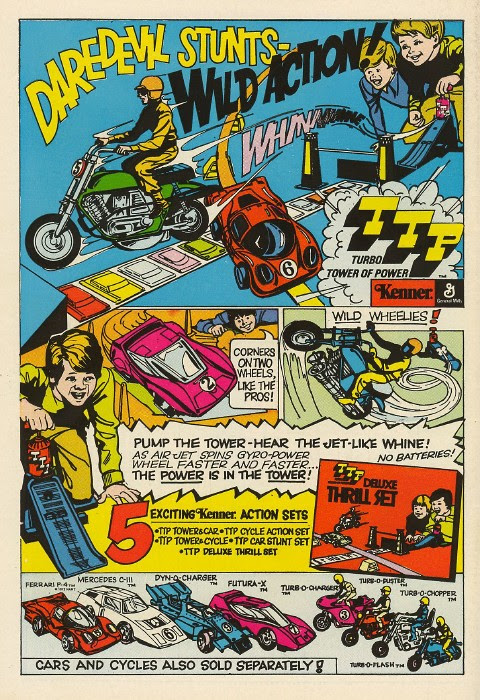 And lastly, here's an ad from the following issue of Mighty Samson, featuring Kenner's TTP Deluxe Thrill set! This was sort of a variation on their SSP Racers, save that instead of pulling a T-strip to get the gyro wheel turning, this used the Turbo Tower of Power! I never had any of these when I was a kid, so I can't say if they worked as well as the ad shows!
Posted by Jon K at 12:01 AM