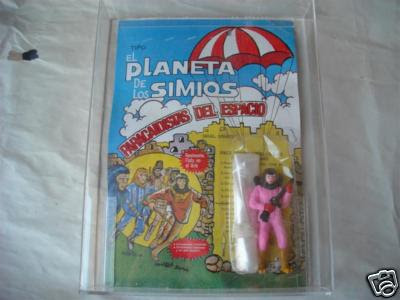 Time for more cool stuff, and this time around begins with this AHI Planet of the Apes parachuter featuring General Urko, in Spanish! Now, I don't believe that AHI did an Urko in the USA (I only recall Dr. Zaius and Cornelius/Galen), so this is an especially cool find, eh? 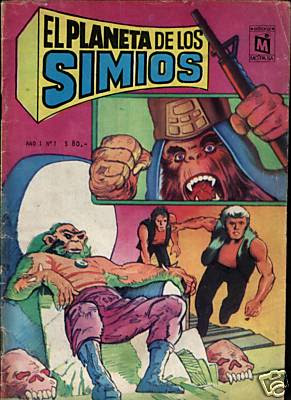 Next, here's a cover from an Argentina version of the Planet of the Apes comic book! I think the interiors may have been reprinted/translated versions of Marvel stories. 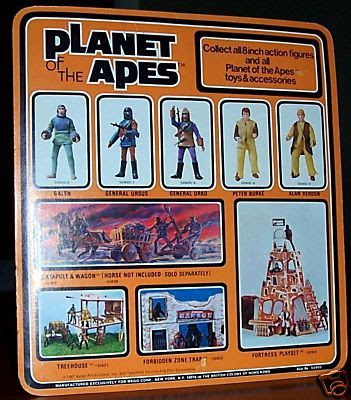 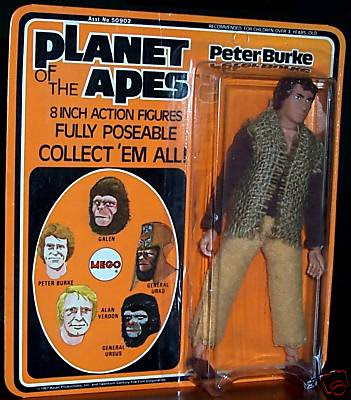 Here's a carded Peter Burke from the Planet of the Apes line by Mego, but the real prize here is the photo of the back of the card, showing all the cool playsets -- certainly cooler than the really bad artwork of the other characters on the front of the card, eh? Below is Peter's fellow human fugitive, Alan Virdon! 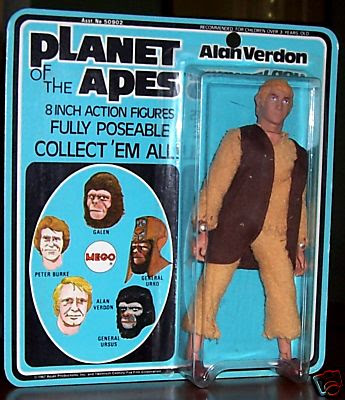 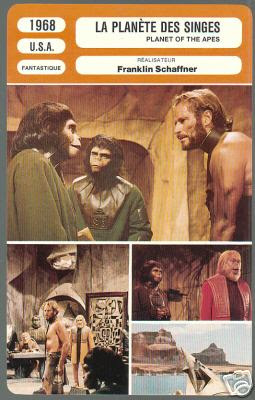 Next, here's a French movie card featuring Planet of the Apes! These cards are very popular with collectors, and you may recall I've posted many of them before featuring horror films! 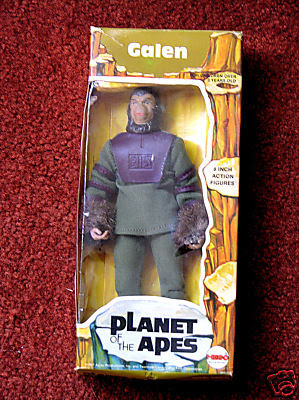 Must be time for a couple of Galen items! Here's the Galen POTA figure by Mego in the box! 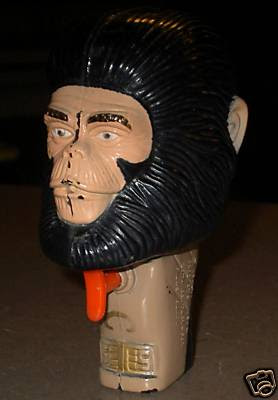 And here's a Squirt Gun by AHI that's either supposed to be Galen or Cornelius! 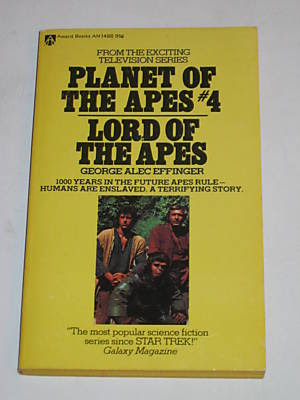 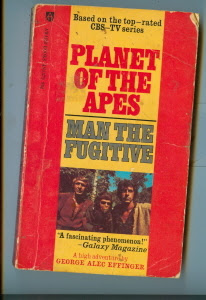 Above are two George Alec Effinger novels based on the Planet of the Apes TV series (in fact, they're adaptations from the episodes, like the James Blish Star Trek books, although not in short story form). I've had a few of these here and there over the years, although not at the present time! 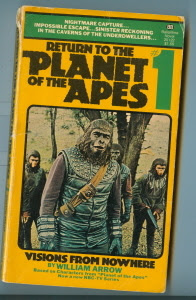 This Planet of the Apes novel, on the other hand, doesn't look familiar to me at all! I don't know if it was only released outside of the USA (the photo's too small for me to make out details like the price). 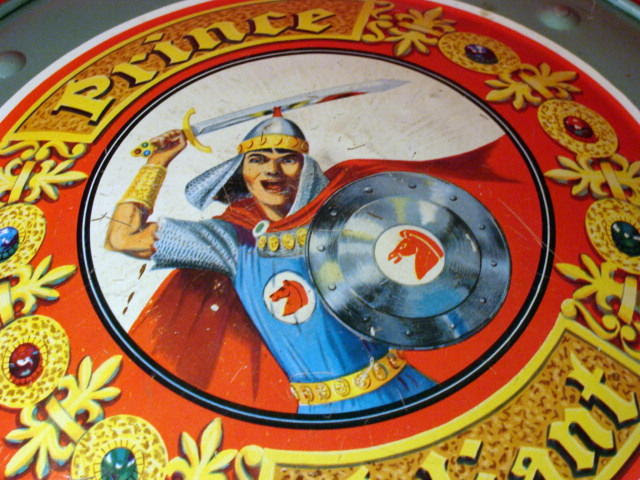 That's it for POTA stuff, next is this Prince Valiant shield toy, which I've decided to share only because there's been so little Prince Valiant merchandise out there. I wouldn't be surprised to learn that this came about about the same time as the live-action movie. 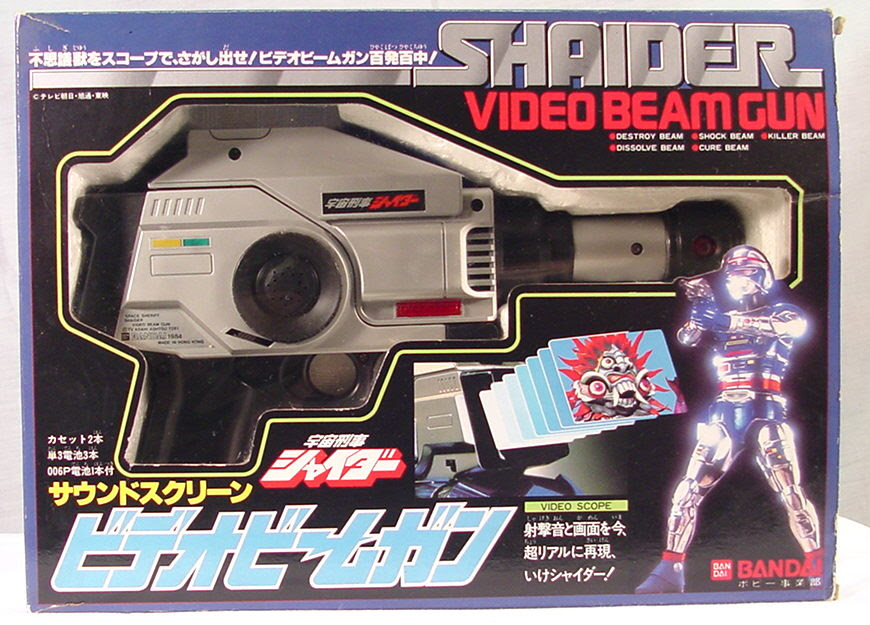 Anyone want to guess why I'm sharing this really cool looking toy from Japan, other than the fact that it's cool looking? Anyone? Well, the seller of this toy claimed that it was a projector gun, which dovetailed nicely with my Give-A-Show interest... but now, looking at the box more closely, it looks like the images are only shown on the back side of the gun, sort of as the "sight," and you'd then shoot the monsters somehow... 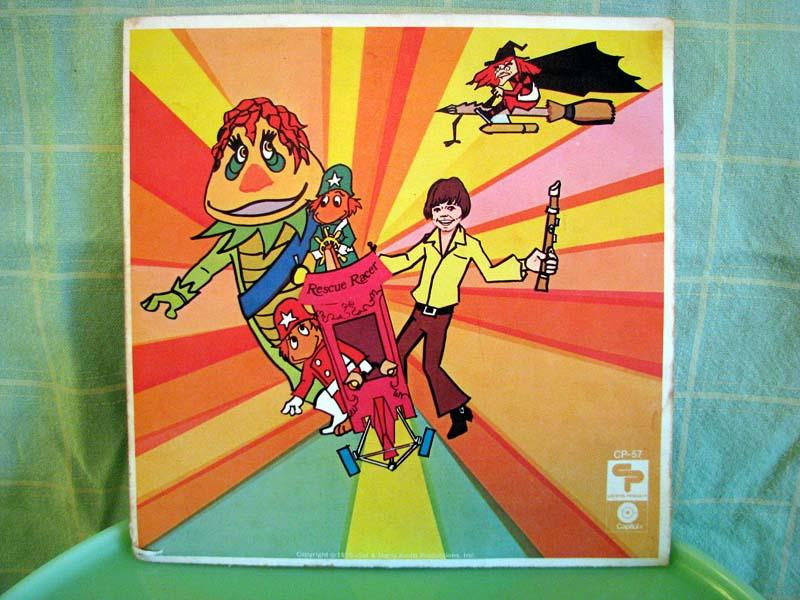 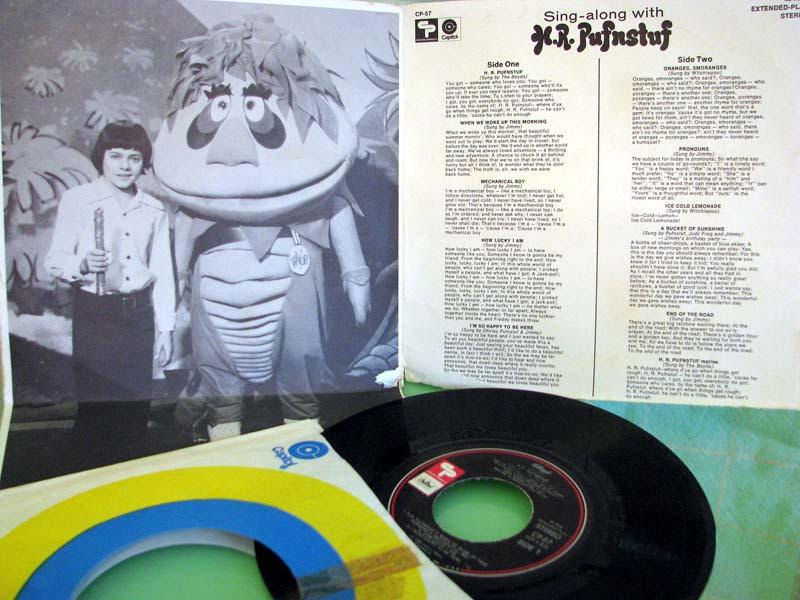 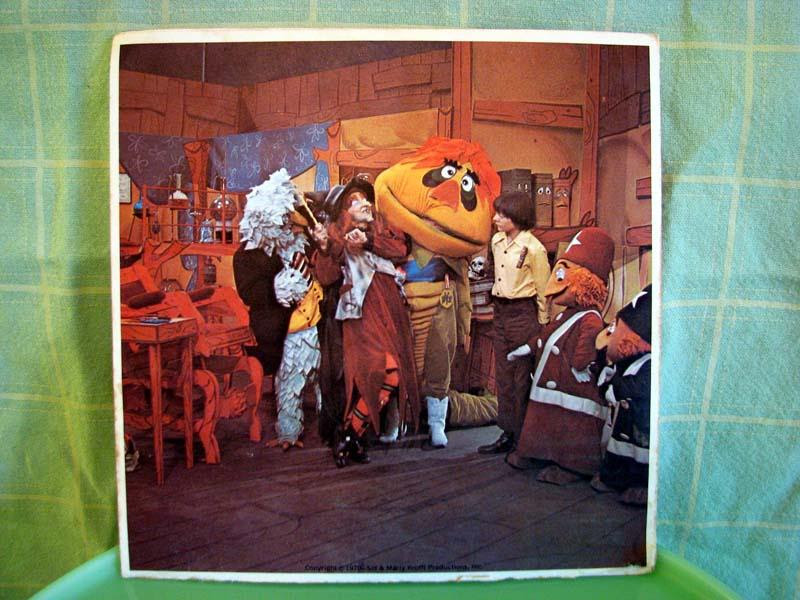 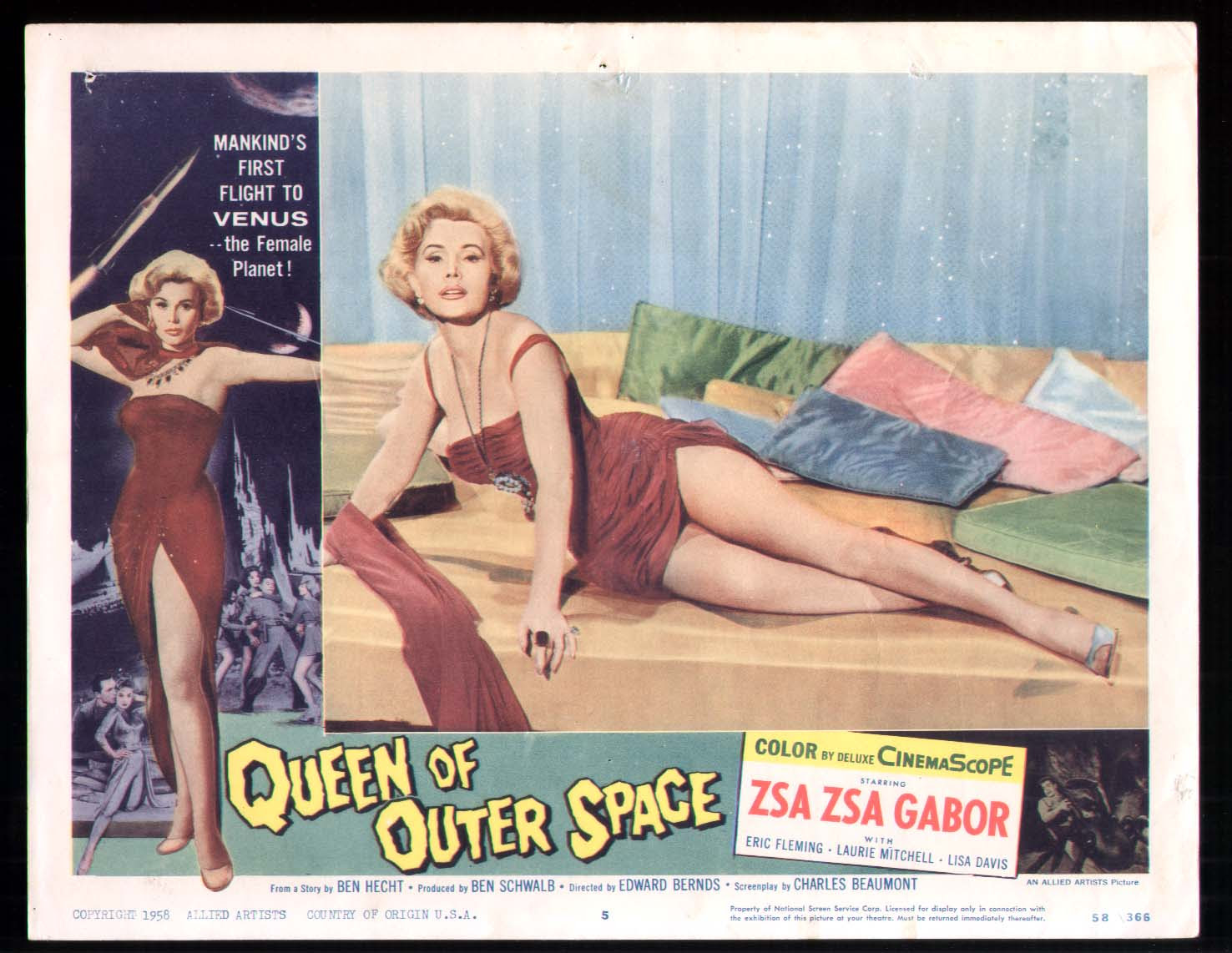 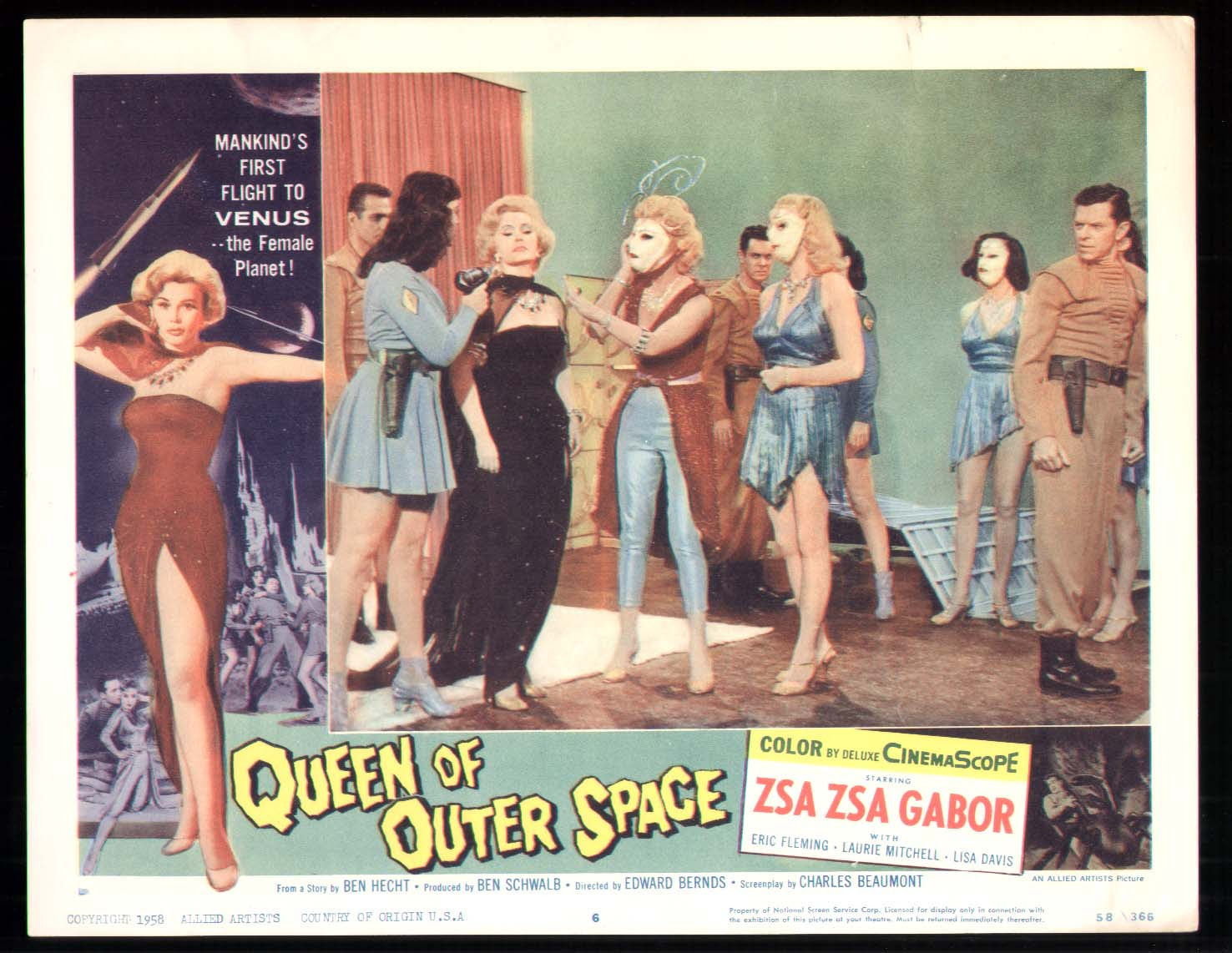 Queen of Outer Space lobby cards! Am I showing them here because they're lobby cards from a genre film, or because they feature women with great legs wearing short skirts? You decide! 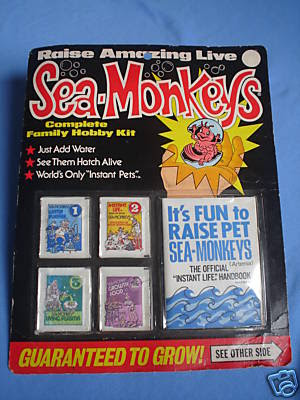 When I saw someone auctioning off an original package of Sea Monkeys, I knew I had to save the photo to share some day!

Above are four See-A-Show cards from Kenner, circa 1964. See-A-Show was Kenner's attempt to get part of the View-Master market, and the line lasted until the mid-1970s. Below is an even cooler set! 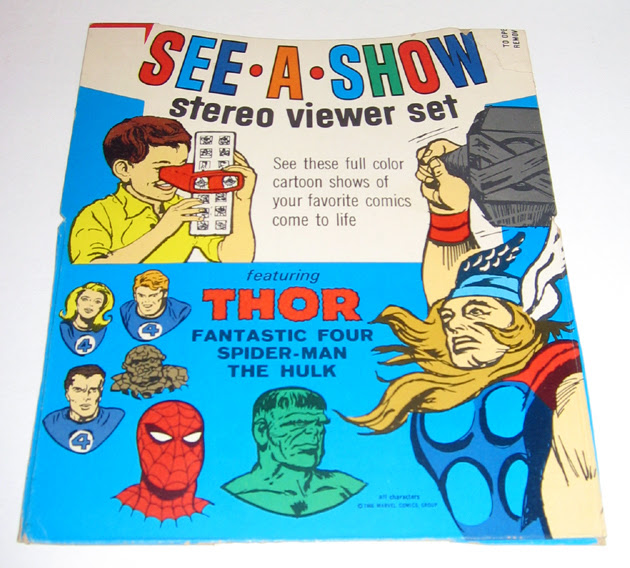 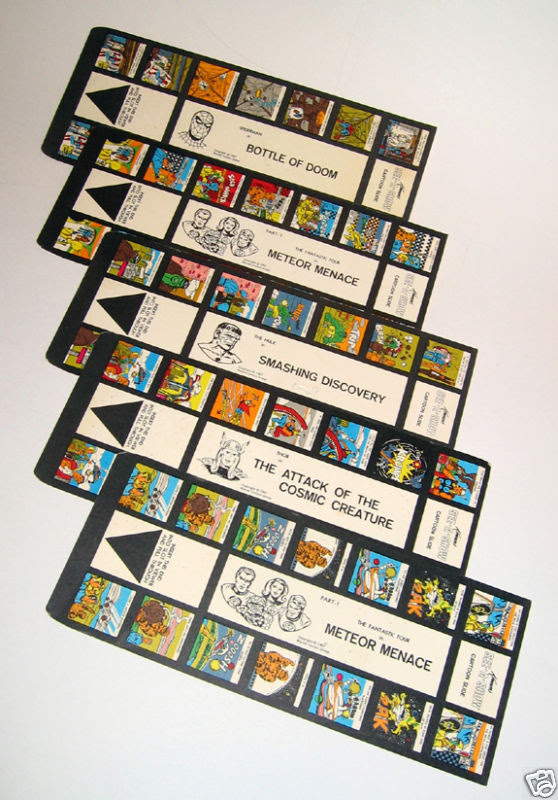 It's the 1966 Marvel Super-Heroes See-A-Show set! The Hulk one is pretty silly, but the others aren't bad. All of the above cards have been scanned and converted into videos by yours truly, and will someday appear on the Give-A-Show feature here (if they haven't already and I just forgot)!

Next, some Argentina medals! These must be circa the 1980s, given the Captain America picture, but the Green Lantern pic looks as if it's from older vintage! Interesting to see Dick Tracy and Mandrake the Magician here! 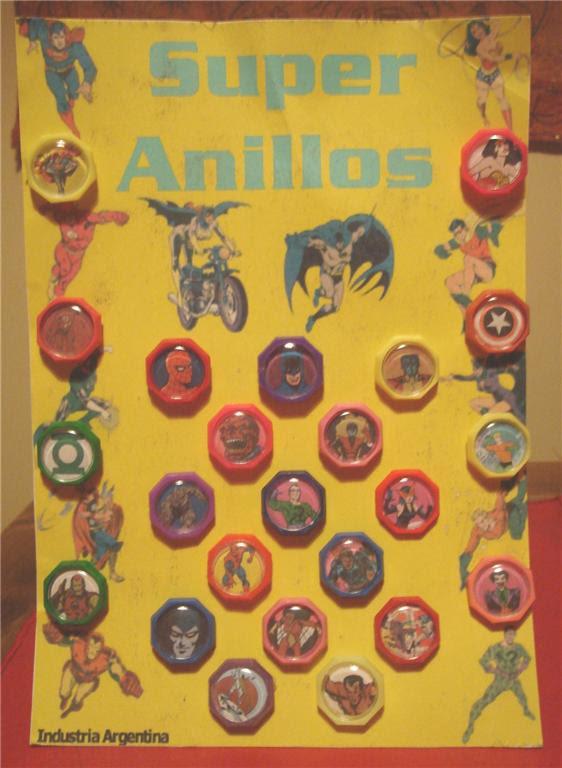 More cool Argentina superhero toys here! Check out the range of characters on these rings! Amazing, isn't it?

There'll be some more assorted superhero stuff next time around!
Posted by Jon K at 12:01 AM