Time again to take another look at an original Marvel Comics cover and compare it to the reprint and pick apart all the differences! 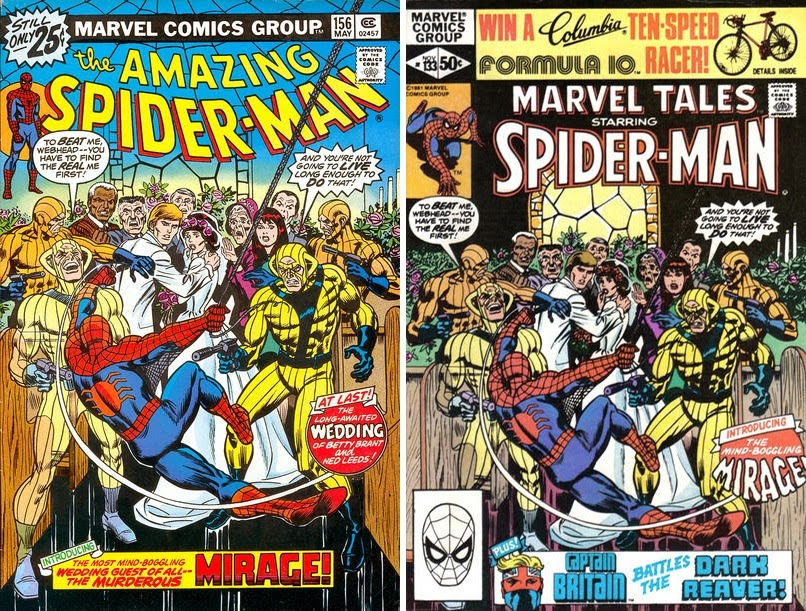 I'm not sure where to even begin with this one! We have Amazing Spider-Man #156 on the left, and Marvel Tales #133 on the right. The reprint was obviously reduced and added to on the sides and bottom, plus the blurb about the wedding was changed. Also, the word balloon on the left has been moved to the left. And of course, the background was changed so that the wall at the altar is completely black except for the window. I actually prefer the coloring of the Spidey figure on the reprint, being more purple where the blue is. Again, it appears a stat was used, as the lines are all thicker and details are blotched out. 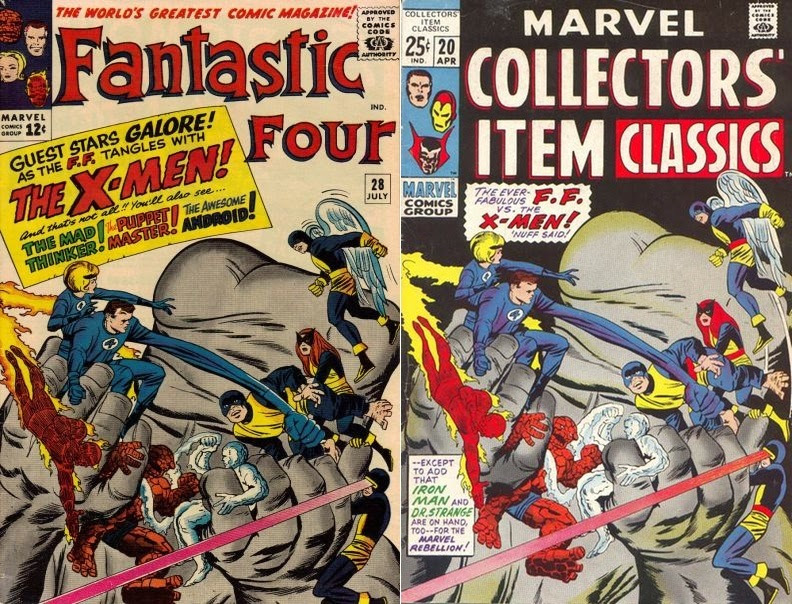 Next, we're looking at Fantastic Four #28 and Marvel Collectors' Item Classics #20! Unfortunately, the FF cover image is a bit dark, so we can't see for sure, but it's possible the Thing figure may have been slightly altered to match his then-current look. The entire image was definitely added to at the bottom! I also see that speed lines have been added below The Angel so that he now looks like he's moving and not hovering or standing in the air. The reprint also seems to have mistaken what Iceman is doing, as now Iceman hasn't trapped the Thing in an icy lasso! 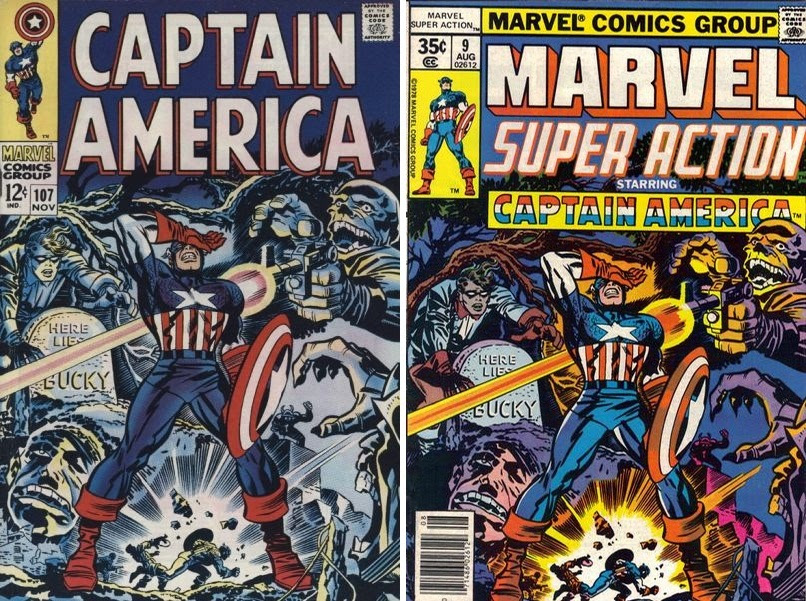 Next up, it's Captain America #107 and Marvel Super Action #9. The cover image was definitely reduced and added to on the top and left side, but other than that, I don't see much of a difference in the art. What really is more noticeable, however, is the coloring! I definitely prefer the original coloring, it's more moody and expressive, while the reprint's art is approaching garish. Feel free to disagree! 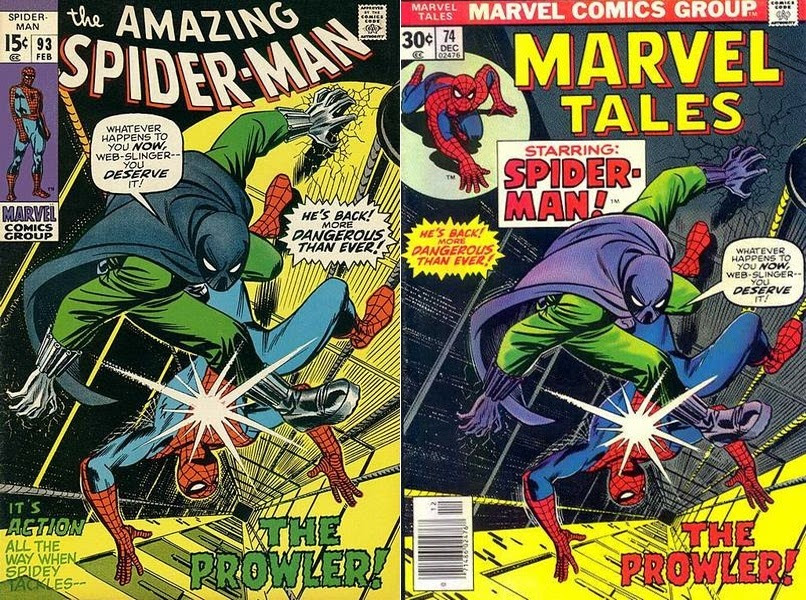 Next, it's Amazing Spider-Man #93 and Marvel Tales #74! Again, the cover art's been reduced and added to (this time on the top and left sides). I suspect some of the coloring variations between the two are due to how the cover for Spidey #93 was scanned, but I do note that the Prowler's gloves and boots are definitely supposed to be metal on the original. Again, because of a stat being used, all the lines are thicker. Also note that the word balloon and the burst ave pretty much switched positions. It's amusing that only the shape of the word balloon was changed -- the lettering stayed exactly the same (save for being reduced)!
Posted by Jon K at 12:01 AM