So, I don't know if you've heard of it, but there's this smart phone app called "Draw Something," which is kind of like Pictionary, save that there's no time limit and you're not really competing with anyone.

I started playing this game a week or so ago, mostly on my iPad, and sometimes on my iPhone (definitely prefer playing on the iPad). Being the geek I am, sometimes I'll get a bit geeky with some of my drawings, and I figured I'd save the ones I was either particularly happy with or otherwise just wanted to share (plus, it gives me an excuse to save them... I did a great Secret Squirrel once that I didn't screen capture, and I'm annoyed at myself about it)! And if you happen to play the game, and want to recruit me for a match, my user name there is jon-knutson.

And now, the gallery: 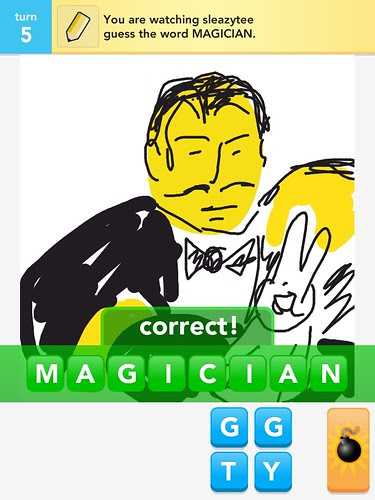 Clearly, I was going for a Mandrake/Zatara type here... ah, well! 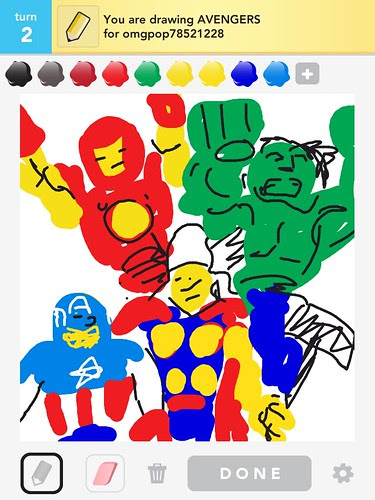 This was my second Avengers drawing... no doubt I'll get the word again some day, and take more time drawing them! Note that I've stuck with Avengers who'll be in the upcoming movie! 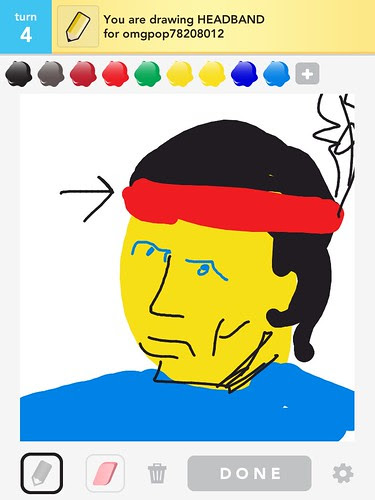 Yes, I did go for Tonto there -- although I have more colors to work with now, so the next time I draw Tonto, I'll be more accurate! 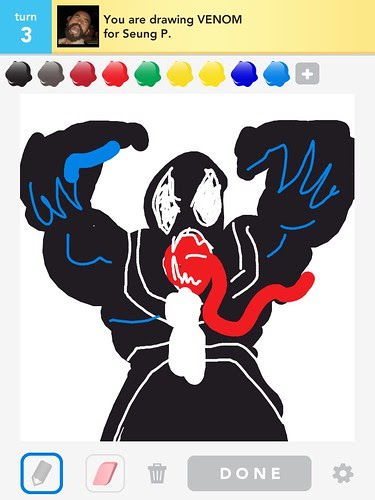 What else would I draw for the word "venom"? 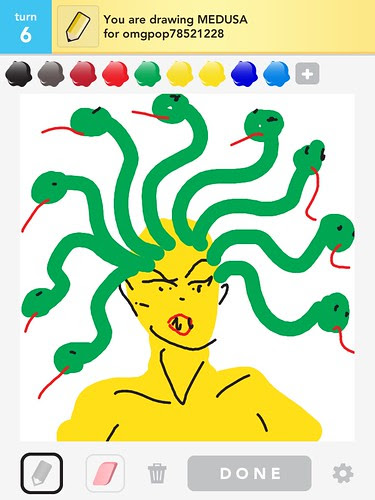 The obvious choice for drawing Medusa, of course! 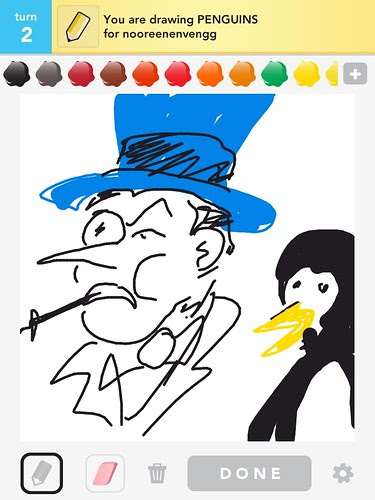 Believe it or not, I actually had to get that plain penguin in there before the person I was playing with guessed this! 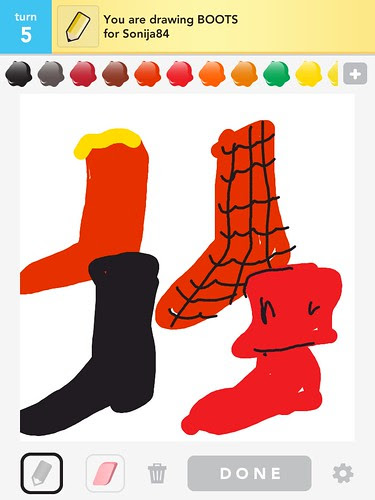 Next time I get boots, I really need to draw more distinctive boots, eh? 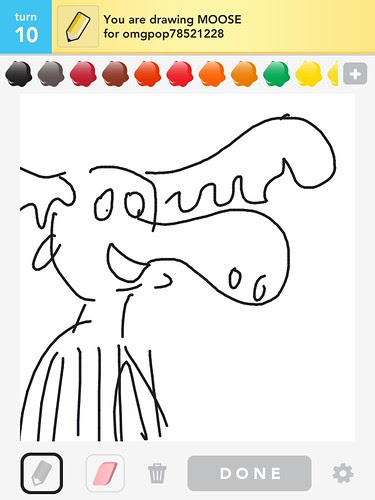 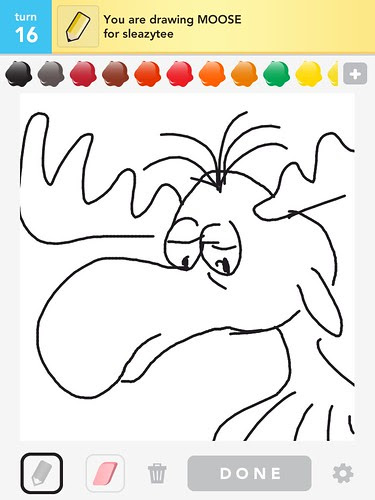 I'm getting better at Bullwinkle all the time! 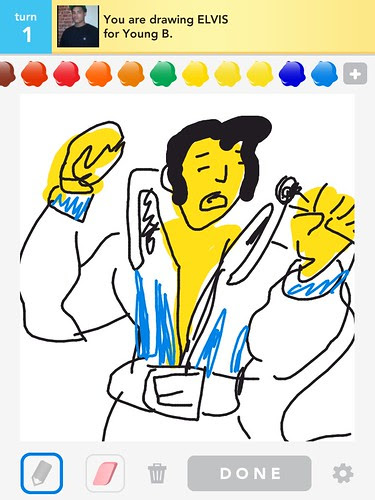 Still need to work on Elvis, but they guessed it! 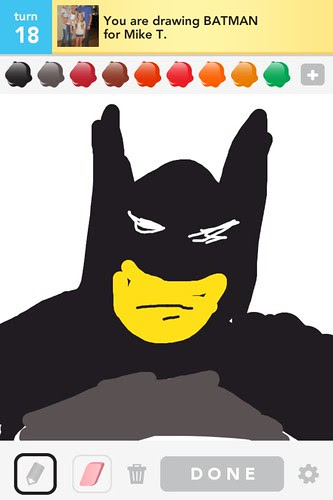 Here's one from my iPhone, which makes it harder to do details. 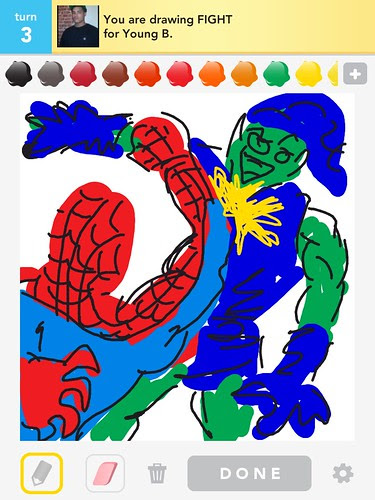 I kind of like this one, even if the actual drawing isn't so great. 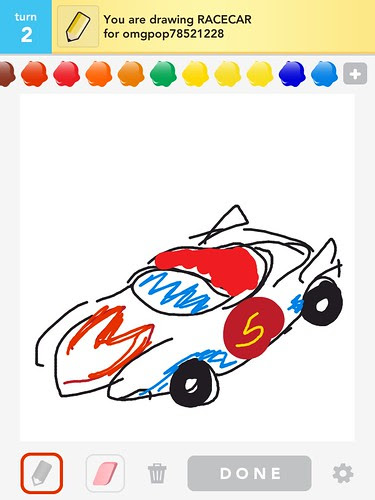 I don't think my opponent got this one... 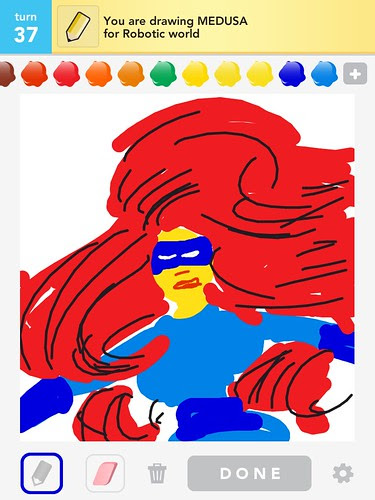 I got tired of drawing standard mythological Medusas, so went with the Inhuman, and then cleared it for a standard one. 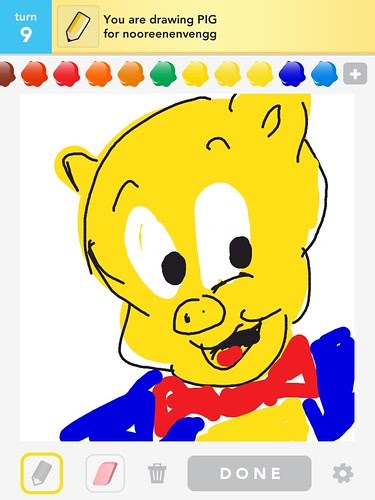 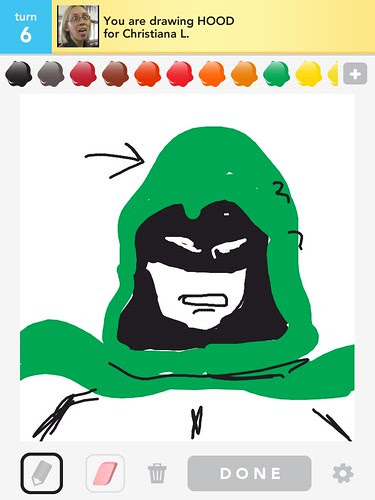 Lots of characters to choose from for drawing a hood! 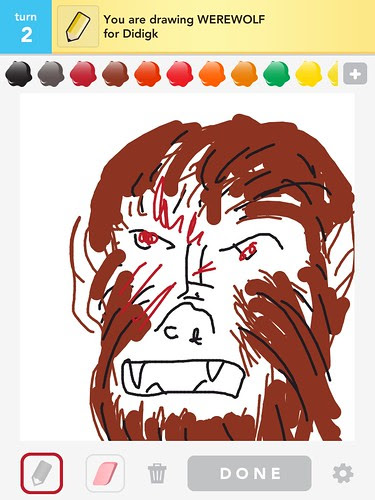 They didn't get this one... 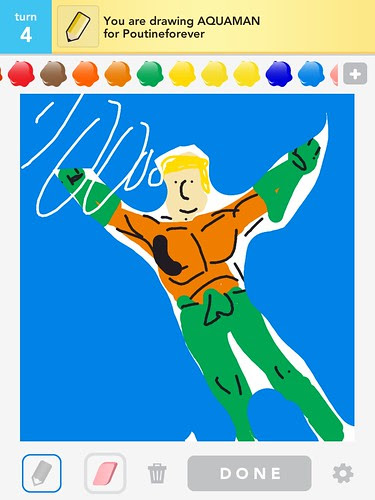 My next Aquaman will be much better detailed! 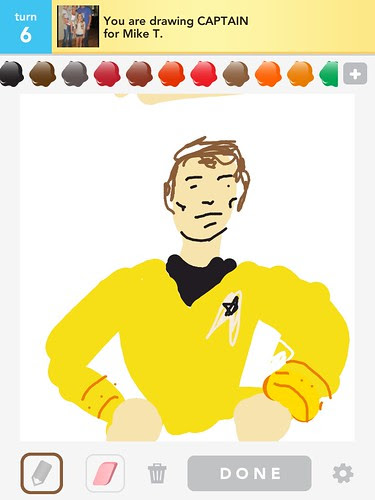 They didn't get this one, either! 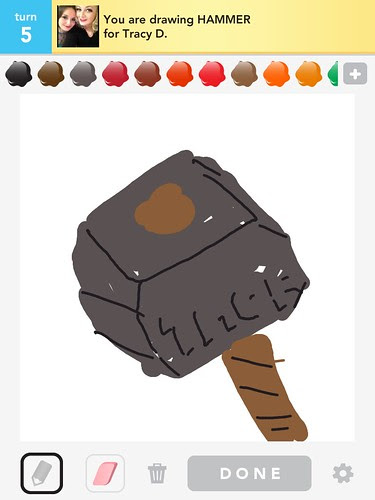 '
Had to get to a more standard hammer before it was guessed! 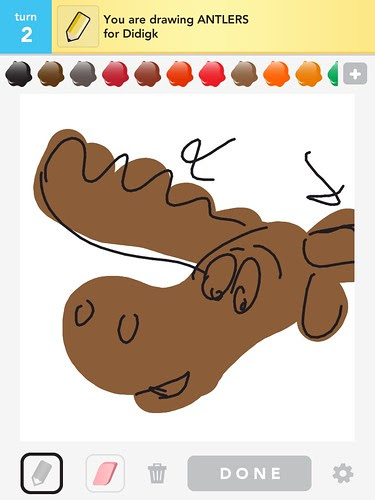 Yes, I use Bullwinkle for moose and antlers! 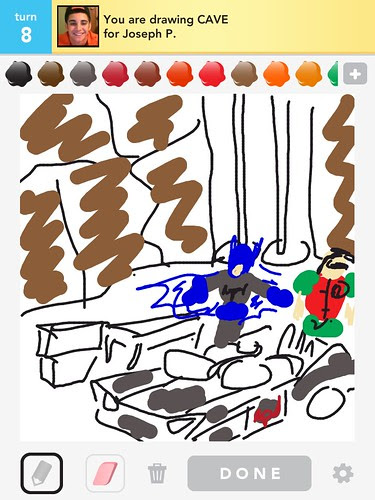 I'll definitely take more time the next time I get CAVE for a word! 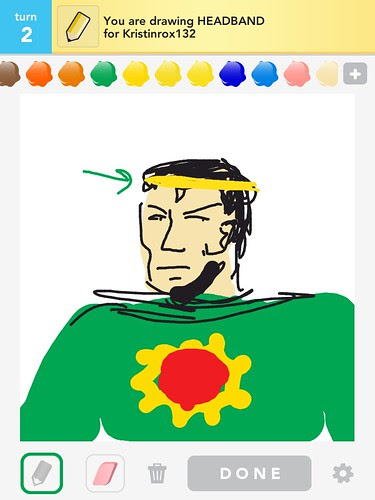 Email ThisBlogThis!Share to TwitterShare to FacebookShare to Pinterest
Labels: Draw Something