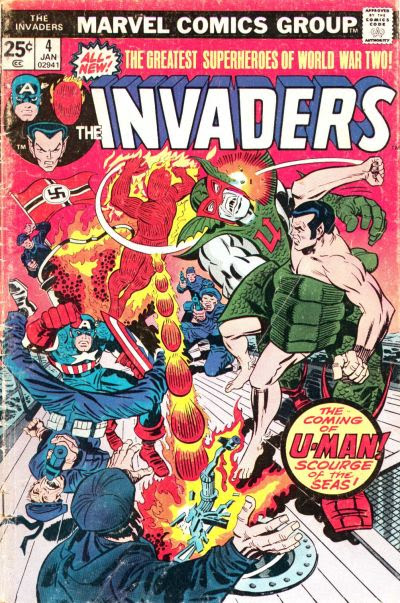 It's time for some Kirby Kovers, and this time around, I'm beginning with The Invaders #4! I like to think that Jack enjoyed doing Invaders covers, because he seemed to really cut loose with them! I think this cover is beautifully composed, and it's full of action! Check it out, from left to right: Cap bashes a Nazi sailor so hard that the guy's upside down before he knows what happened! Then the Torch throws fireballs at a machine gun, causing it to melt and explode in the hands of its wielder! Then there's Namor, held in the giant hand of U-Man, the renegade Atlantean, and fighting him off! The only real complaint I have about this cover is it almost looks like someone re-drew Namor's face! 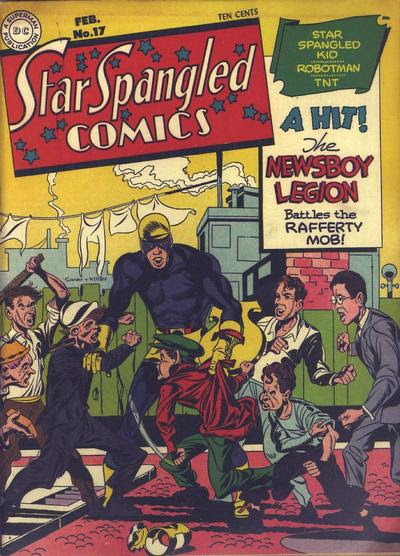 From a 70s comic taking place during World War II, we go to a comic that was actually published during that era, Star Spangled Comics #17, with Simon and Kirby handling their creations, the Guardian and the Newsboy Legion! This is rather a quiet cover for the Newsboys, all things considered... usually their covers seem to either be action-packed or are amusing, but this one's more leading up to the action! 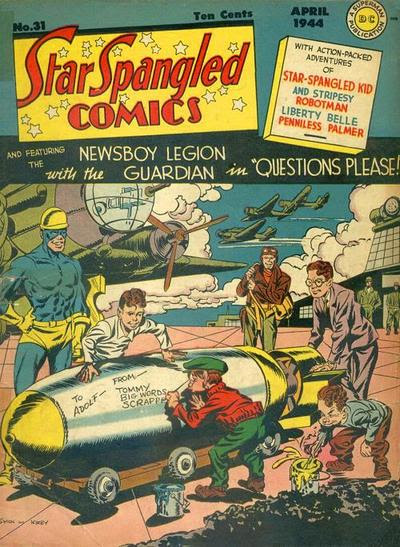 And here's an example of the humor I just talked about, from issue #31! The idea that the boys would personally paint a bomb and sign it for Hitler is fun enough, but then check out the Guardian's expression! He's clearly enjoying this, too! 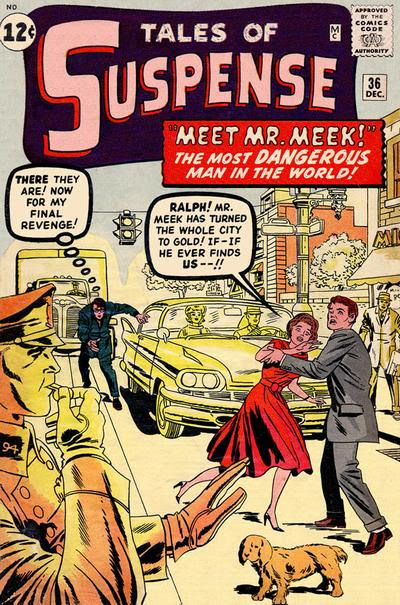 And finally, here's Tales of Suspense #36, and what a cover it is! I don't know why Mr. Meek is aver Ralph and his lady, nor do I know how Meek got the Midas Touch (I'm presuming it's either that or he has some other way to change things to gold), but seeing thsi cover, I definitely want to know more!
Posted by Jon K at 12:01 AM