Yep, this'll have to be in two parts, I think! 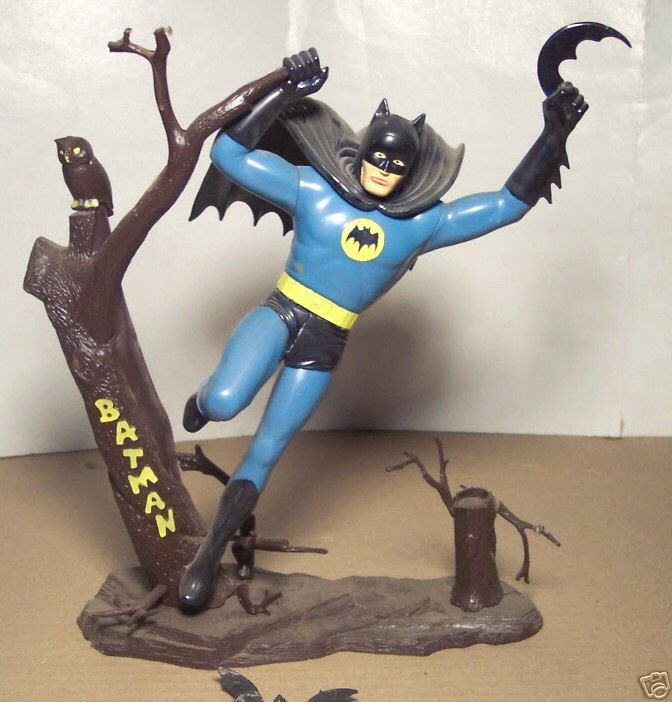 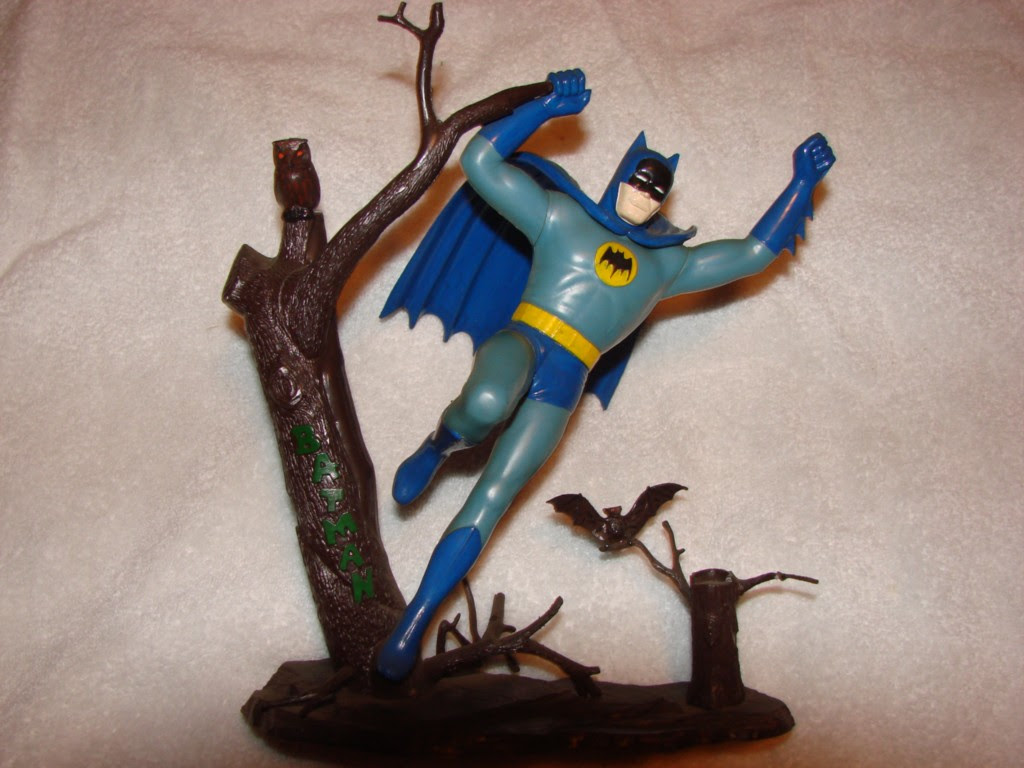 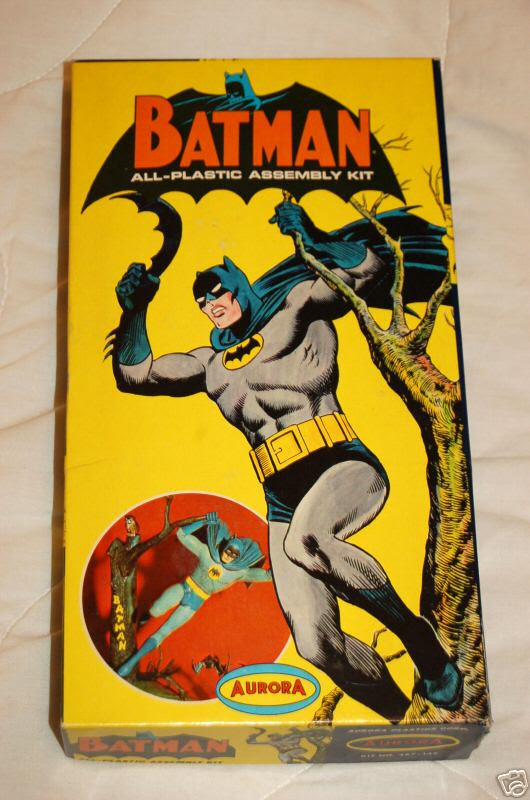 First up, we have the Batman model kit, with two built examples! I must say, I definitely prefer the second one to the first -- those eyes on the first one are creeeepy! Also note that the model only bears a vague resemblance to the art on the box!

Next, it's the Batmobile, naturally! I think I had a reissue of this kit some years ago... 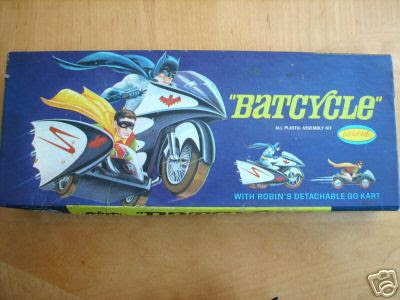 Yes, there was a Batcycle kit, that to the best of my knowledge was never re-released! 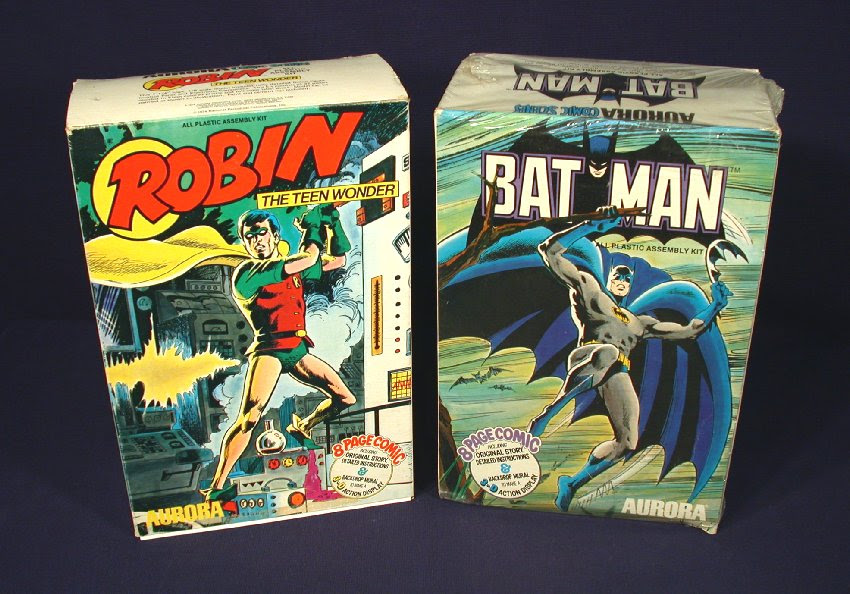 Batman and Robin Comic Scenes versions! These came with a comic book as part of the instructions that you could use as a backdrop. Oddly, it's pretty much the same model kits as previously released, despite the difference in the box art! 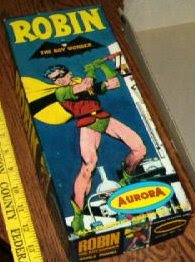 You can actually see from the original Robin release here that it was the same kit, with slight retooling. 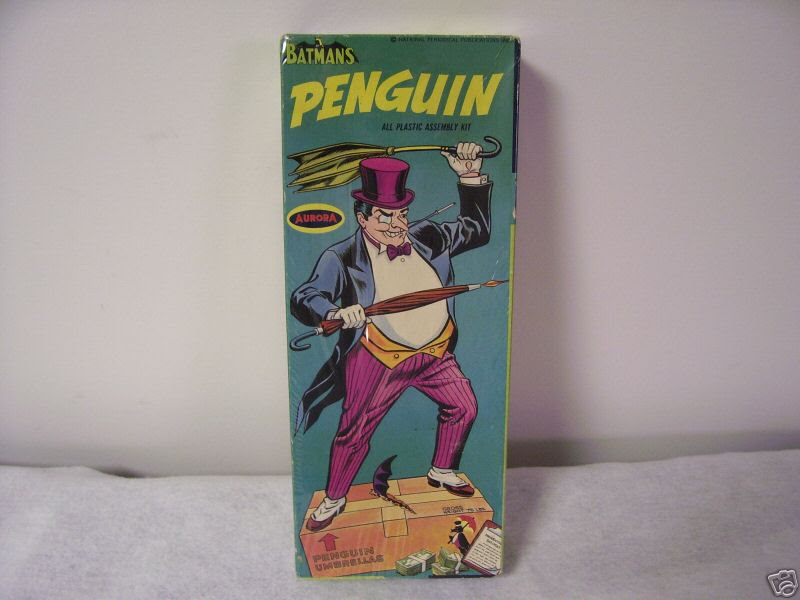 The Penguin kit was never reissued either, so far as I'm aware - unless Polar Lights has done so! 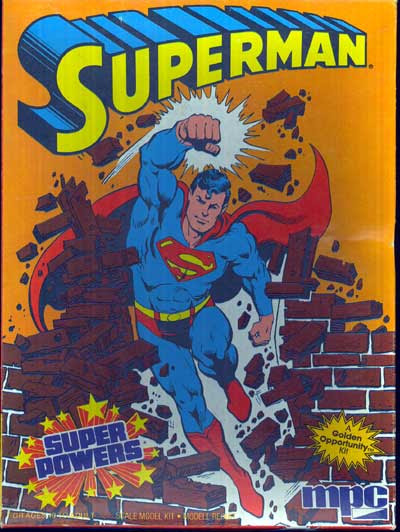 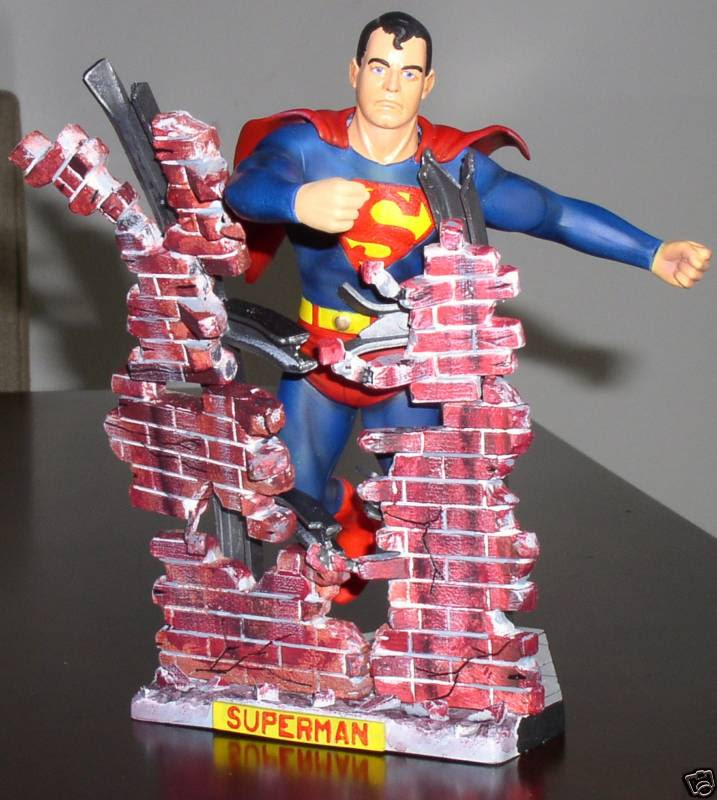 This Superman reissue from MPC was the third release for this kit -- it had been part of the original series, as well as the Comic Scenes line, and has also been reissued since this (maybe by Revell?) and I think even Polar Lights has done one! 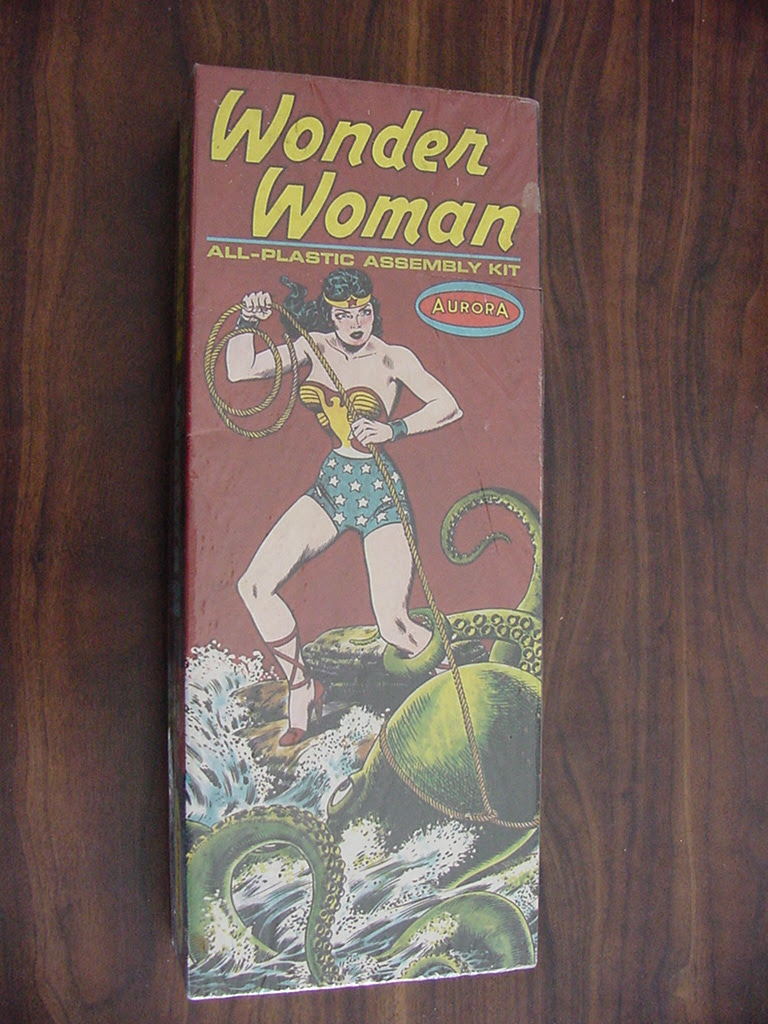 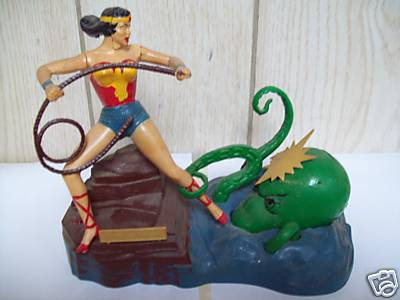 I honestly have no idea why it was decided to have the Wonder Woman kit designed so she was fighting an octopus! 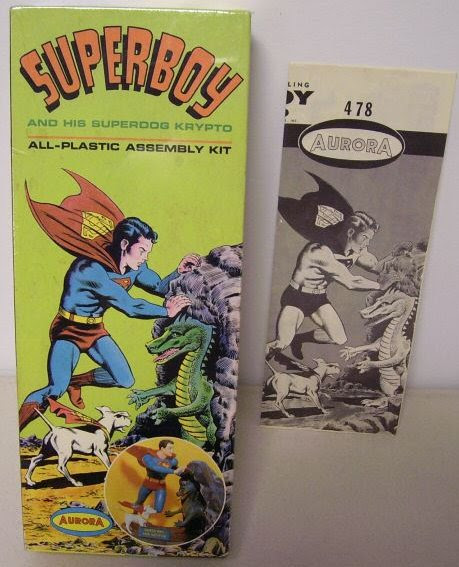 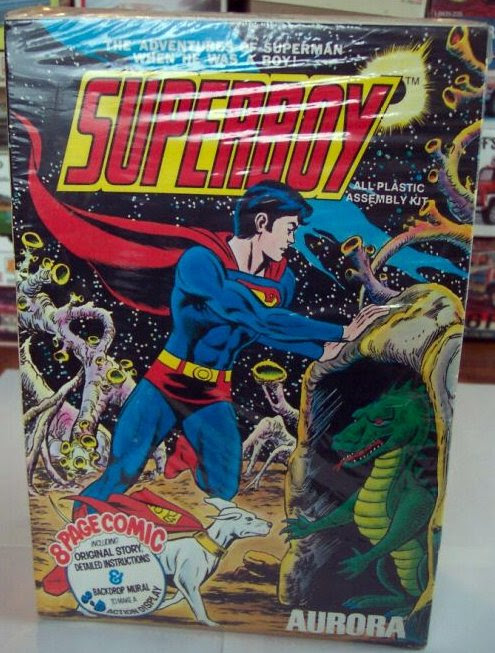 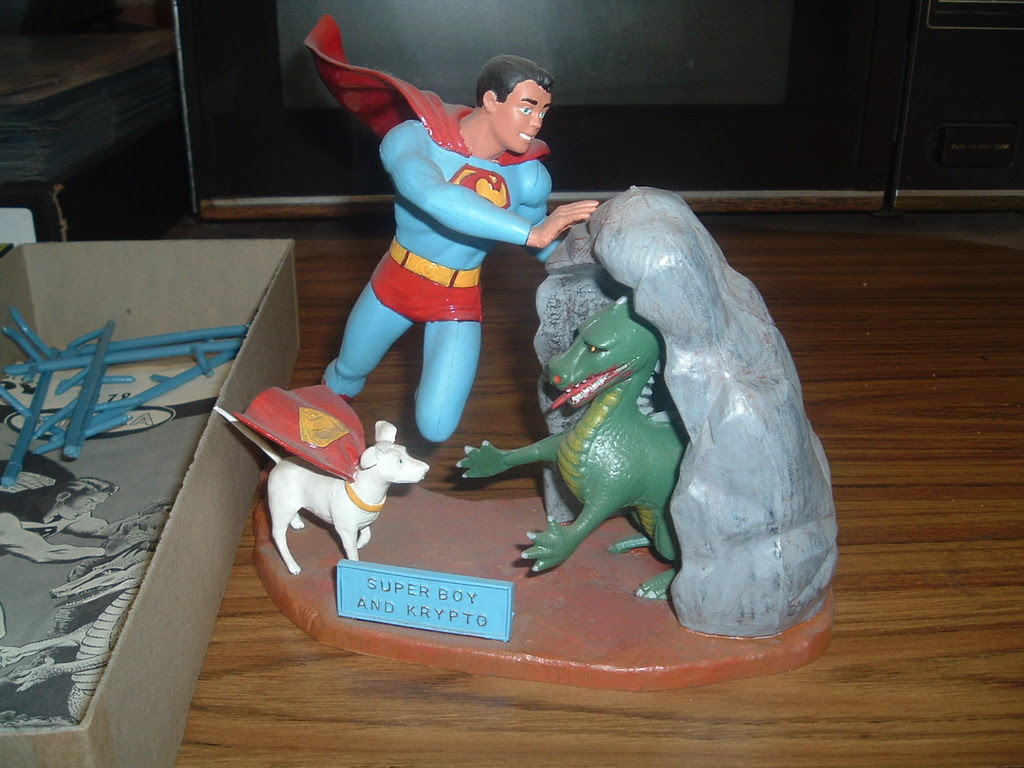 And here's the Superboy kit, the only one of these, really, that I would like to acquire these days -- and yes, it's just because Krypto is there!