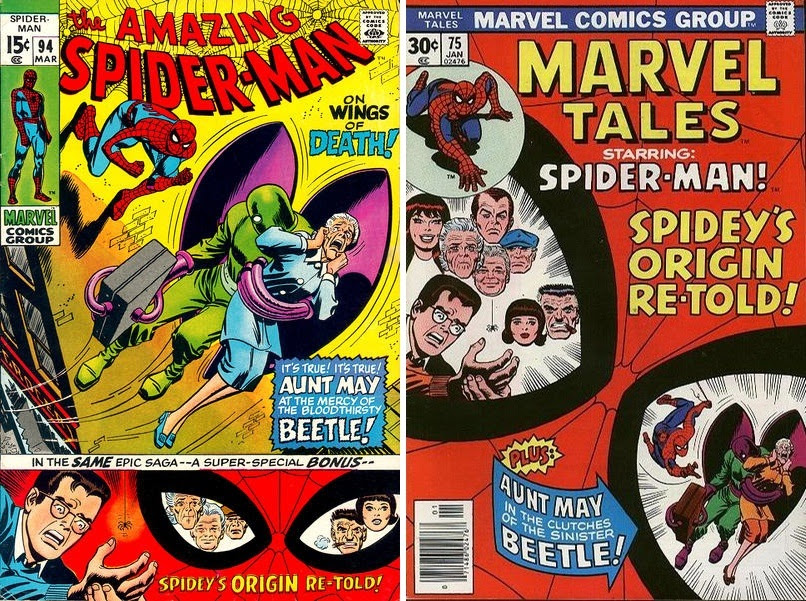 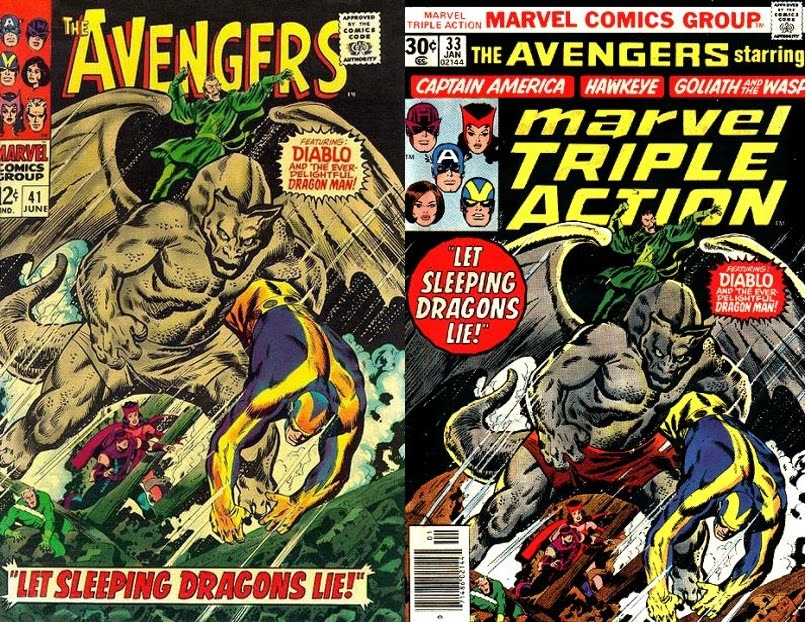 Next, it's Avengers #41 and the reprint in Marvel Triple Action #33! It doesn't look like any change was made other than cropping the bottom of the cover art and shifting it down to accommodate the much larger MTA logo. Although note the coloring change on the Scarlet Witch -- this was pretty common, matching up Wanda's costume coloring to match the current look! 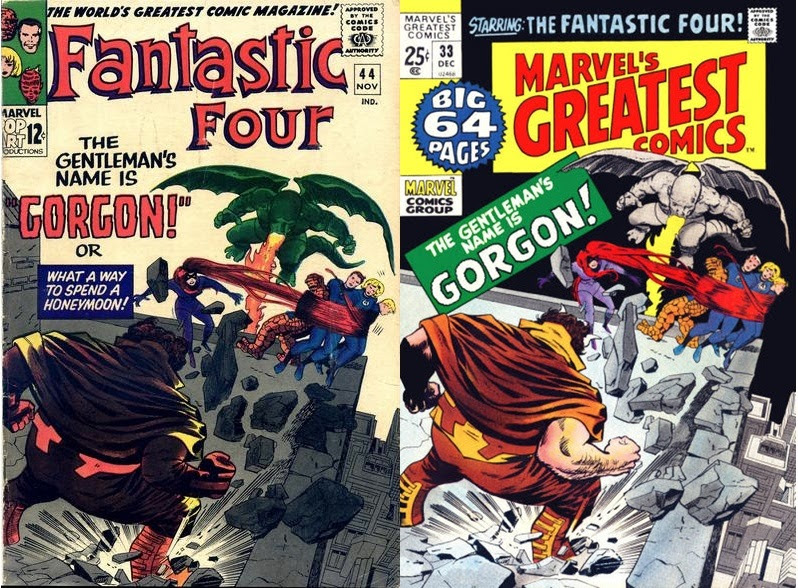 Next, Fantastic Four #44 and Marvel's Greatest Comics #33! It's interesting how the coloring can completely change the look of a piece of art, isn't it? Still there are other changes... the reprint cover has been shifted up, and probably some new art added. Also, the rock over Medusa's arm has been moved along with her lower arm and hand (making that a bit awkward). Also, Johnny's head has been straightened up from the original. I suspect that there were other art changes made, too... Oh, there's also the spire or whatever on the left that's completely gone on the reprint! None of the changes were noted in the Grand Comics Database -- I'll let someone else get credit for it, because the last time I tried to correct some information, I kind of got "lectured" about the proper way to provide such information... and I'd just as soon not go round and round again. Love their cover galleries, don't care for how they're set up for making corrections. Maybe it's just me! 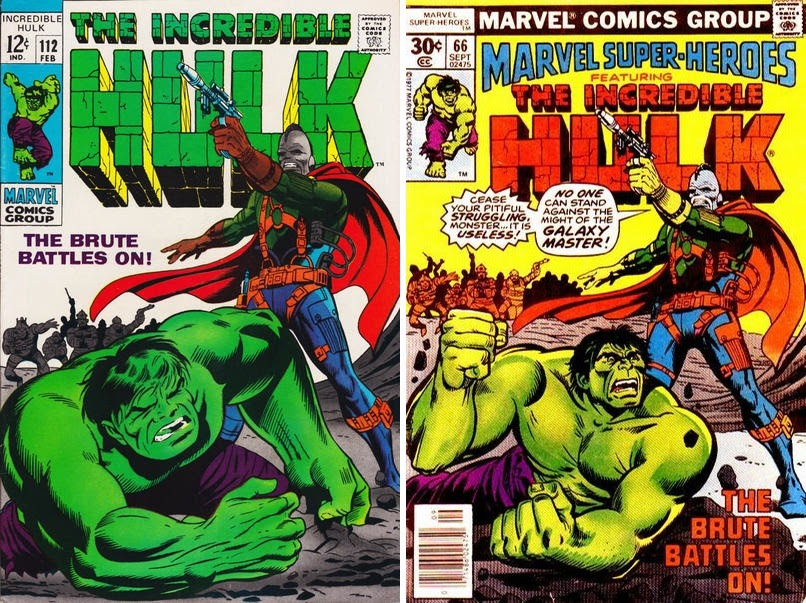 Moving on, it's The Incredible Hulk #112 and Marvel Super-Heroes #66! At first, it appears that it's an all-new cover... but I think that at least the Galaxy Master and the landscape immediately behind him is from the original, as well as the front row of the people in the background. Why was this done? I can only speculate that it was partly because of the need for the UPC code (although honestly, it wouldn't cover that much of the Hulk) and partly because they liked making the Hulk look like the current version!
Posted by Jon K at 12:01 AM