You know, it's a good thing I stopped trying to number these, given that when I was checking back on the last one, I discovered I'd missed at least one number already! 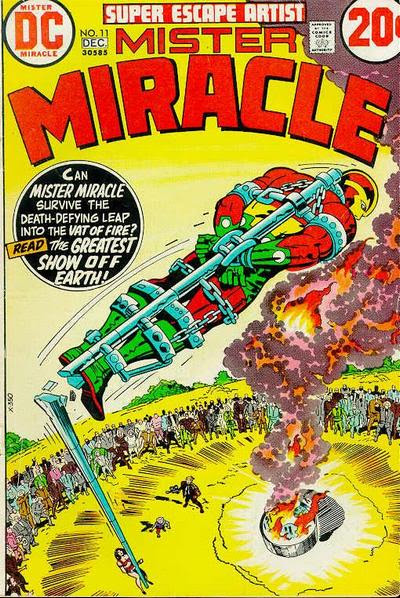 Anyway, here's this installment's first cover, and it's Mister Miracle #11! You may recall I've made a big deal about how Kirby liked to use triangles in his cover designs? I see a few here -- the pole, Mr. Miracle, and the smoke form sides of a triangle (although with the lowest corner cut off). This is a great cover, because it doesn't look like there's any possible way Scott Free could escape this trap! 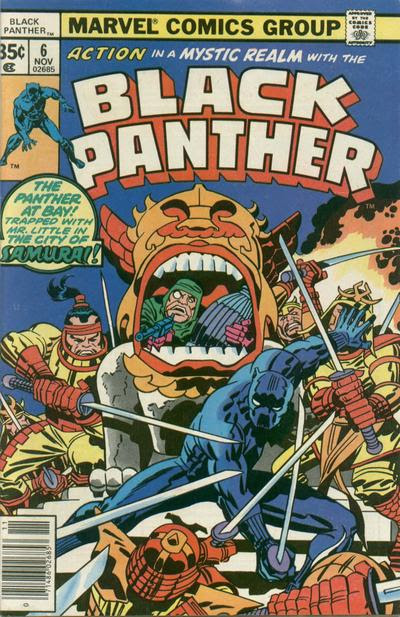 Next, it's Black Panther #6... and I'm sorry, as much as I love Jack's work, this cover kind of has the "phone it in" feel to it... I mean, there's a lot going on, but the Kirby details are missing, aren't they? Ordinarily, we'd expect more muscle definition on T'Challa, and more texture on the background stuff... Don't get me wrong, it's a nice cover, very attention-getting (if hitting the ninja craze way too early)... just not what I'd expect from Jack's work from that time. 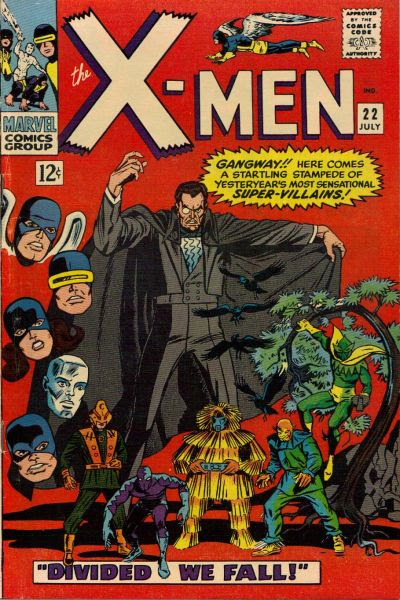 Next, we have X-Men #22... honestly, if it wasn't for Kirby making Count Nefaria tower over the rest of them, would these guys look like much of a threat to the X-Men? By the way, if there doesn't seem to be that much Kirby here, it's because Jack just did a breakdown for Werner Roth. 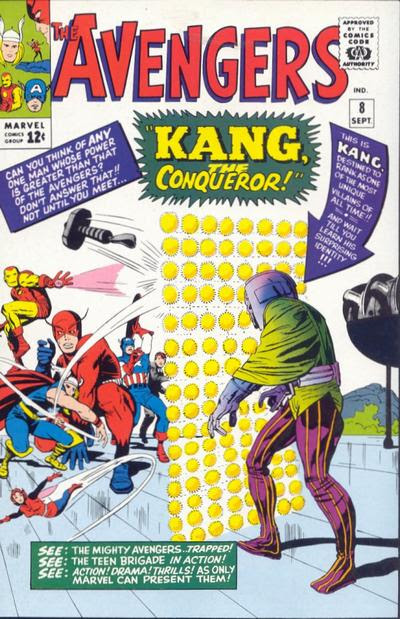 Finally, it's Avengers #8! I've always liked Jack's early Avengers covers, probably because he really seemed to get into them. I mean, look at this thing! There's Kang, thigh-high boots and all, projecting his floating yellow disc force field that can deflect even Thor's hammer, and then there's the Avengers, all taking their shot at getting through -- and it doesn't feel crowded to me! The poses all say how the characters are reacting! It's great!
Posted by Jon K at 12:01 AM