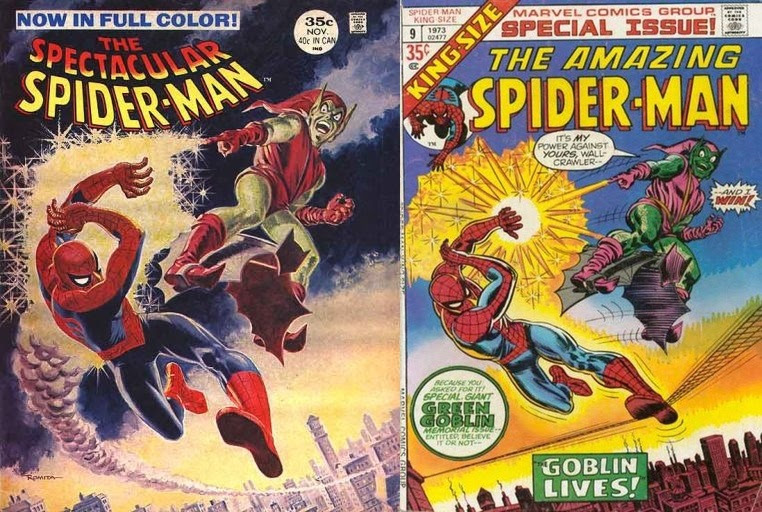 And we start off with what I think is a very special Cover Redux! First, it's Spectacular Spider-Man #2, and the reprint in Amazing Spider-Man Annual #9! As you can see, it's not the same image... although the pencils are by the same artist! I'm not sure why the change of removing the Goblin Glider's exhaust trail and adding the web were really needed... but both covers work for me... although the Spec Spidey cover would've made an OUTSTANDING poster, eh? 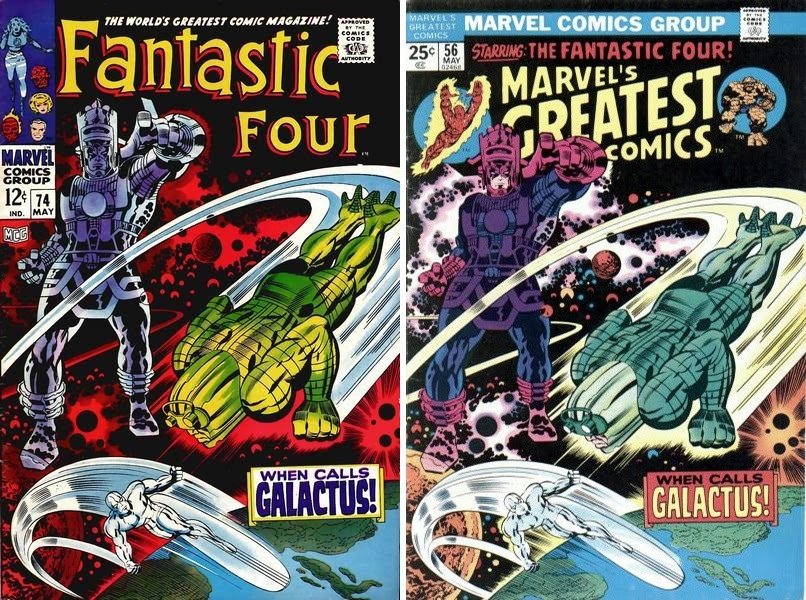 Next, it's FF #74 and the reprint in Marvel's Greatest Comics #56 -- and wow, could these covers look any different without actually changing the art? Well, I'm assuming that they had to ad more Kirby Krackle next to Galactus' shoulder, but that's pretty much about the only art change I see (well, on second thought, it was shifted over to the left, and some added to the right). Other than that, it seems to all be coloring changes... now, I don't know about you, but I definitely prefer the original cover's coloring! 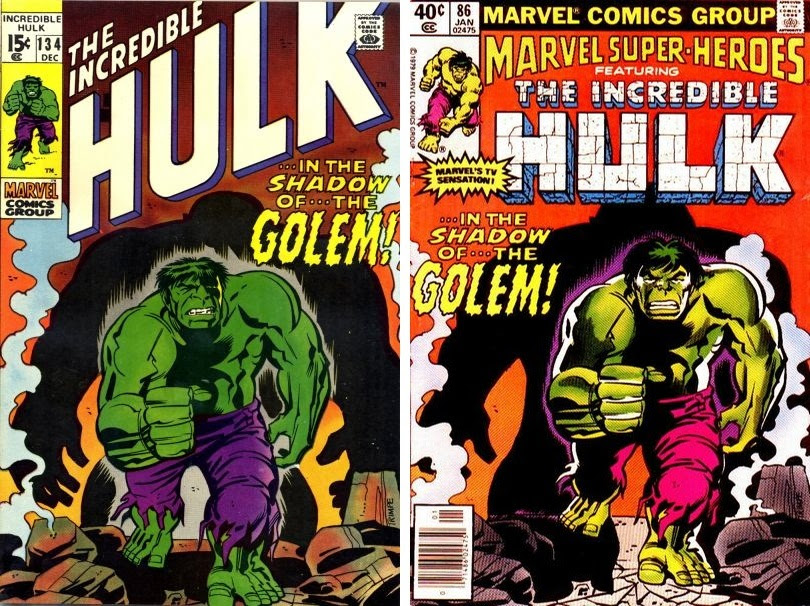 Incredible Hulk #134 on the left, Marvel Super-Heroes on the Right! You know, it looks to me like this may have been a complete redraw, given that the shading on the Hulk is very different! The Grand Comics Database suggests that Dave Cockum did the new Hulk face only, but I think he did an all new cover! 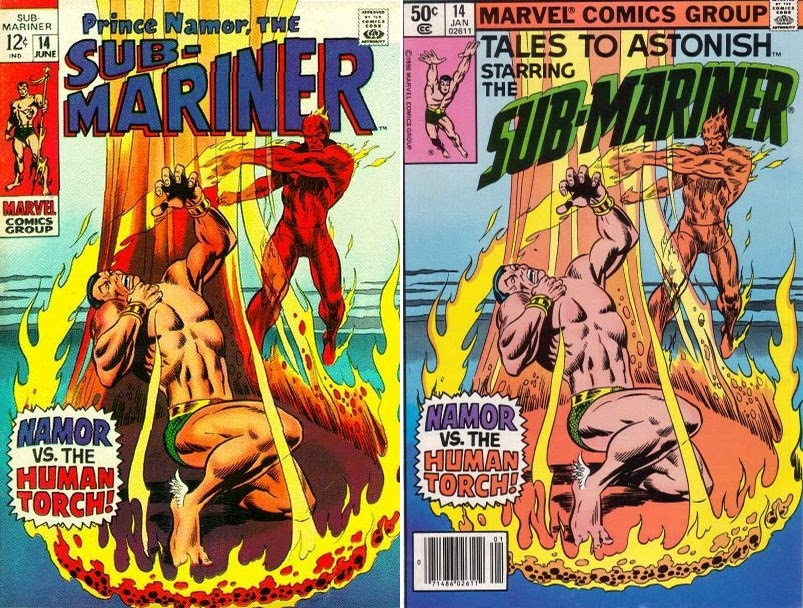 Here's another one where the coloring makes all the difference in the world! Sub-Mariner #14 and Tales to Astonish (2nd Series) #14 -- aside from shifting the art up and maybe shrinking it slightly, it's all coloring -- and again,I prefer the original to the reprint!
Posted by Jon K at 12:01 AM