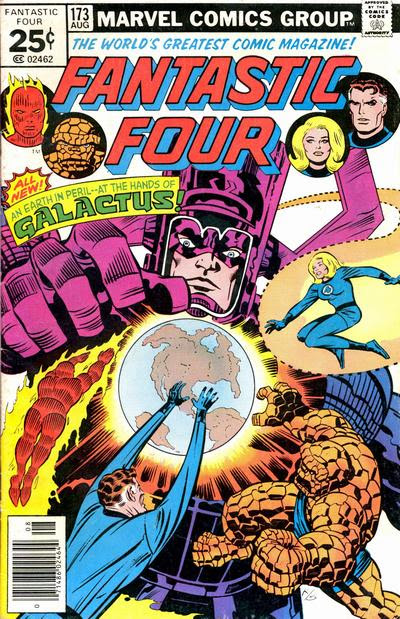 First up this time around, it's Fantastic Four #173! As you'll no doubt recall, Kirby had returned to Marvel after a brief time at DC, and was doing a pretty fair number of covers for Marvel, even though the only interiors he was doing were for Captain America, 2001, The Eternals, The Black Panther, Devil Dinosaur, and Machine Man (I think that's all, and not necessarily in order). Still, it was always a nice treat to see him return to drawing characters that he'd originated, like the FF! Here, Jack did a great design based on a circle, although there are a few items here that I don't know if they were Jack's problem or whoever inked it, or just on the production end! First, notice that one of Galactus' antennae is missing the top portion -- it's the one on his right. Also, look at that right hand -- I don't know if the arm above it was added or not, but it's not necessary -- Kirby had the arm below, mostly in shadow. 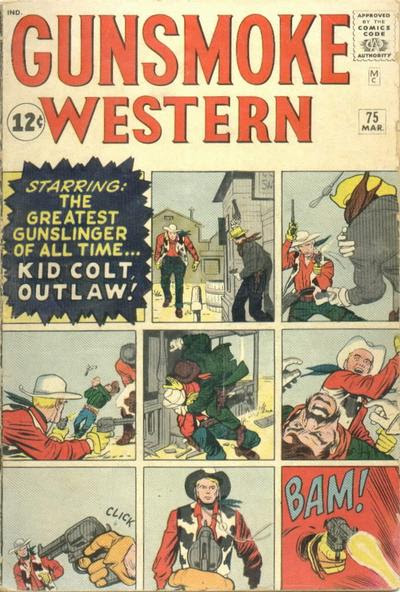 Next, it's Gunsmoke Western #75, with Kid Colt, Outlaw! This cover is a nice mini-story featuring the Kid, and it's full of action! I wonder if originally all nine panels were supposed to be the same size, but the letterer couldn't fit the text in the first panel quite right without extending it? 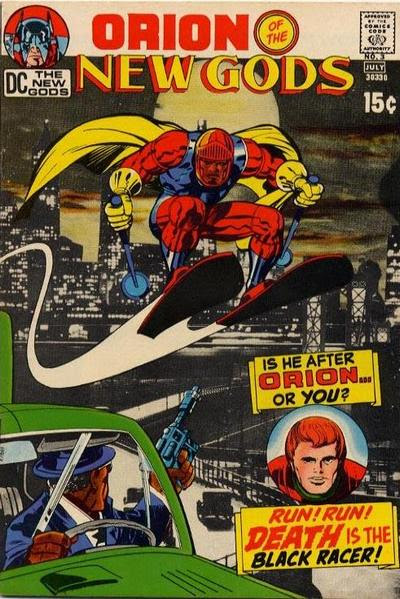 Next, New Gods #3, part of that time Kirby was at DC in the 70s. I have to say, I love it when Kirby did his collages, adding photos to his artwork! I think it really makes the Black Racer pop on this cover! I have to say, though, it's always odd seeing Orion with his unhelmeted handsome face! 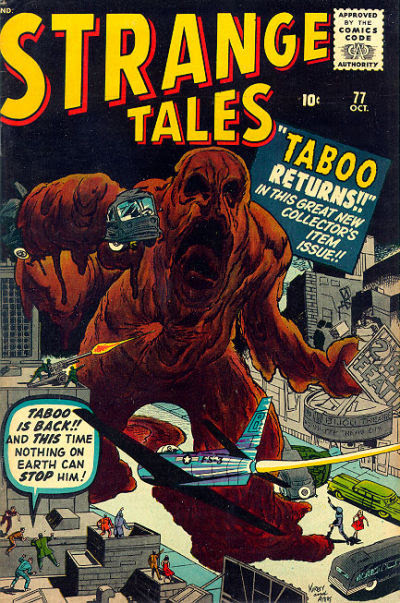 Finally, we have Strange Tales #77, with "Taboo Returns!!" I'm not going to check my Overstreet Price Guide to see if this issue is such a collector's item compared to the issues before and after it or not... let's just enjoy it, shall we? Looking at this cover, I'm reminded of the theory put forth in the Marvel Comics themselves that the reason that all these monsters disappeared was because of the actions of the Fantastic Four and others when they came on the scene... Someone with more time on their hands than I do should really do a "Marvel/Monster Age" blog where they take old Marvel Monster covers and merge them with early Marvel Age superhero covers so that it looks like the heroes are fighting the monsters!
Posted by Jon K at 12:01 AM