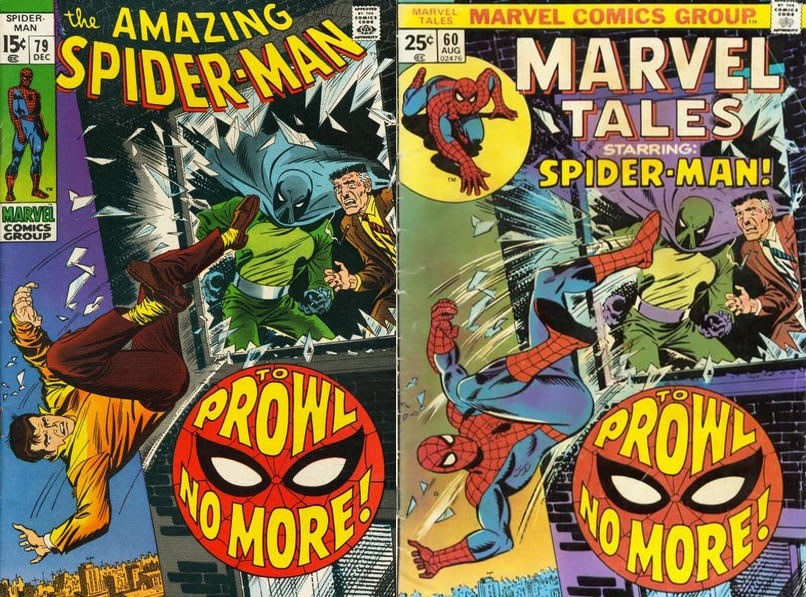 First up this time, it's Amazing Spider-Man #79, and the reprint in Marvel Tales #60 -- and obviously, there's been a major change, replacing Peter Parker with his costumed alter ego (more motion lines are added, too). The Grand Comics Database credits Mike Esposito for making this change. And you know what? It's really a stupid change, in my opinion... but typical of the era. There's already this big Spidey-face blurb right there, plus the logo to tell you it's a Spider-Man book, so why make the change? Especially since J. Jonah Jameson wouldn't be reacting that way to seeing Spider-Man tossed out of a window (unless he was feeling threatened enough himself that he needed Spidey's help, but I don't think the Prowler was that huge a threat to him). Plus, this also puts this square into "This doesn't ever happen in the comic" mode! 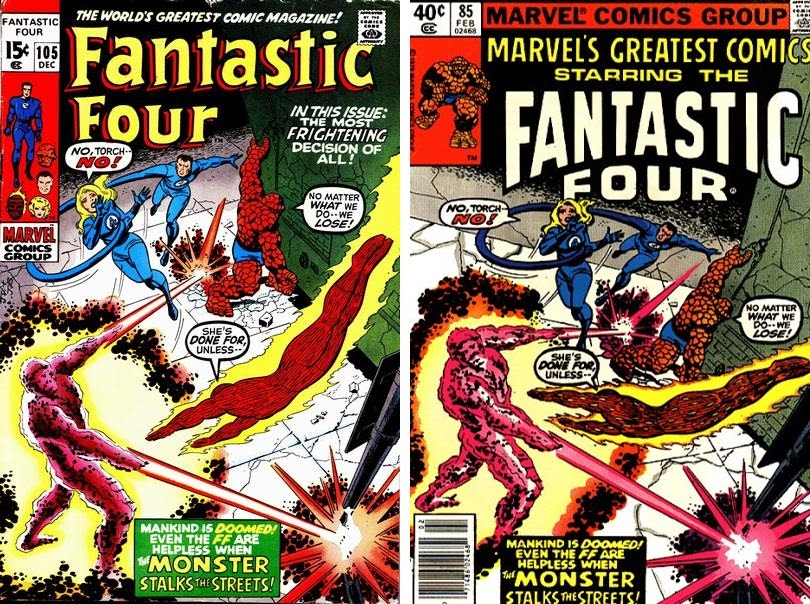 Next, Fantastic Four #105 and Marvel's Greatest Comics #85! And wow, was this messed around with a lot, just to make room for the larger logo! The GCD notes that it was altered, but it's not a complete statement... It looks like the radioactive glowing guy's been completely redrawn to accommodate the moving around of the cover. The whole cover image got rotated, except maybe the burst on the lower corner, and the villain was redrawn. It kind of makes me wonder why nobody at Marvel considered redesigning the reprint book logo to accommodate the space of the original logo! 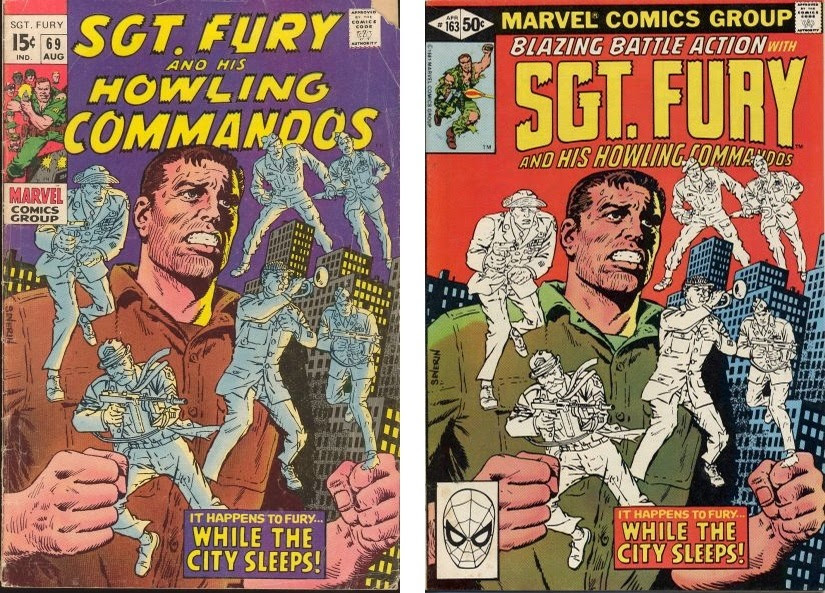 After the first two covers, it's kind of nice to deal with a cover that wasn't really altered much... Sgt. Fury #69, and the reprint in issue #163. It's been shrunk down a tiny bit, and added to on the left side (amusingly, Severin's signature got moved back to the edge). And finally, here's Incredible Hulk #132 and the reprint in Marvel Super-Heroes #4 -- and I think it was just shifted down for the reprint, although some of the background at the top was either redrawn or eliminated entirely.
Posted by Jon K at 12:01 AM