Just read that Sheldon Moldoff passed away Wednesday night... and Mark Evanier's written a better article about him than I ever could right here!
Posted by Jon K at 11:01 PM 1 comment:

You've been successful in following the links and getting to Random Acts of Geekery's new URL!

Of course, the hiatus is still on, but regular postings resume April 1!
Posted by Jon K at 6:43 AM 2 comments: 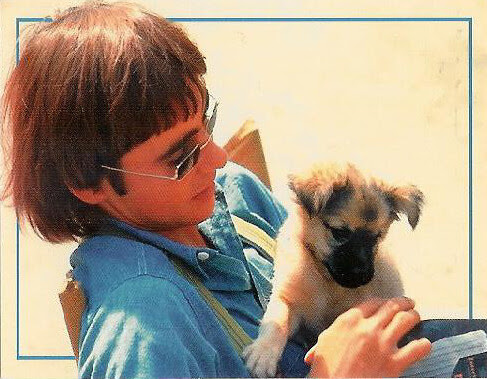 We interrupt the hiatus to report the sad news that Davy Jones of The Monkees has died at the age of 66 of an apparent heart attack, according to TMZ and The Huffington Post.

Davy was known as the cute Monkee who seemed to fall in love with a girl in every episode (often with sparkles in his eyes). His best-known songs with The Monkees were "I Wanna Be Free," "Daydream Believer," Valleri," and "Cuddly Toy". He was one of the first of the Monkees to be cast, having already been under contract with Screen Gems at the time (and having released the self-titled "David Jones" album through Colpix Records, a Screen Gems subsidiary). Fittingly, he was one of the last of the Monkees to stay with the group, after first Peter Tork quit, and then Mike Nesmith. Davy and Micky Dolenz recorded one Monkees album together, "Changes," before quitting recording as a group.

After the group was finished, Davy lent his voice to his animated counterpart in an episode of "The New Scooby-Doo Movies," and had a memorable guest-appearance in "The Brady Bunch."

Several times in the intervening years, there have been revivals of interest in the Monkees, most recently surrounding the tour last summer, which celebrated the Monkees 45th anniversary. Davy had re-teamed with Peter and Micky several times before then, with Michael Nesmith only joining them onstage once. The four Monkees had recorded one post-breakup album together, "Justus," which came out at the same time as the one-shot Monkees TV special that acted as though the show had never been cancelled.

Davy is survived by his wife Jessica and four daughters from previous marriages.
Posted by Jon K at 6:07 PM 2 comments: